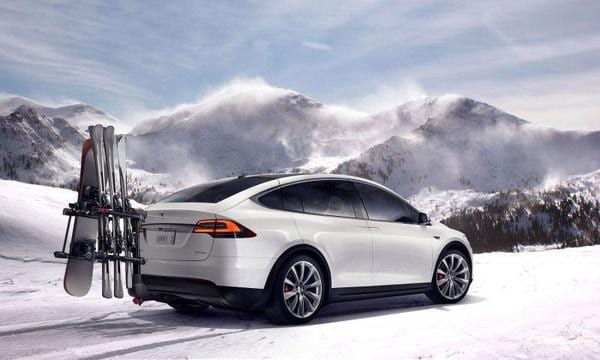 “Range anxiety is real. Take it from someone who has been stranded with his wife in an electric vehicle not once but twice: You’ll want to watch the distance-to-empty gauge of an EV with a close eye. This is even more critical when the temperature drops below freezing.” —K.C. Colwell, Car and Driver

Recently a blast of arctic air paralyzed much of the northern United States. One unexpected victim of the deep freeze? Electric cars. In San Diego and Palm Beach, Tesla’s roam freely in balmy weather and run on electricity derived from comparatively clean sources like solar and natural gas. Up in Chicago, it’s a different story. Much of their electricity is derived from high sulfur coal. Even worse, in the cold Chicago winters, electric cars tend to lose material power. This efficiency loss is a dilemma that challenges the real-world practicality of electric vehicles.

Bloomberg reported on February 2nd that owners of Leaf’s, Bolt’s, and Tesla’s were experiencing significant drops in battery capacity as a result of severe cold weather.

The next time a polar vortex rips through the U.S., electric vehicle owners should be prepared to be frustrated if they don’t take special care of their battery-powered rides.

Winter has come for Tesla Inc. and its army of car owners, which swelled in size last year. And some of those customers have cooled on the company along with freezing temperatures.

Model 3 owners have taken to social media and online forums to air issues they’ve had with their sedans due to the frigid weather of the last week. Cold conditions are a drain on battery range, no matter the car brand. But other predicaments are particular to Tesla.

Ronak Patel, a CPA auditor in New Jersey, bought a Model 3 last August. He’s driven about 150 miles in the cold over the last few days. “My biggest concern is the cold weather drained my battery 20 to 25 miles overnight and an extra five to ten miles on my drive to work,” he said. “I paid $60,000 to not drain my battery so quickly.”

“It’s Panasonic that manufactures Tesla batteries,” said Salim Morsy, an analyst with Bloomberg New Energy Finance. “It’s not something specific to Tesla. It happens to Chevy with the Bolt and Nissan with the Leaf.”

Tesla delivered more than 245,000 cars last year, tripling its total from 2017, and much of its growth took place in the second half after overcoming what Elon Musk called “production hell.”

“What’s specific to Tesla is the quality of manufacturing,” Morsy said.

Tesla made a door design decision that is coming back to bite some buyers. The Model 3’s handles are flush with the exterior of the car and require customers to push on one side, then pull on the other to open them. Ice is making that maneuver difficult for drivers who’ve posted pictures online of their frozen handles.Some are just venting, and others are writing to Tesla or Musk himself, asking for a fix.

Andrea Falcone, a software engineer in Boston, tweeted a picture of her frozen handle, commenting, “I can’t wait all day for this silly car.” Less than two months earlier, she had purchased the Model 3 and posted a smiley emoji and a picture of herself posing with the new car.

The cold temperatures came even earlier for customers in Canada, prompting instructional videos suggesting ways to overcome frozen handles. One almost 7-minute YouTube video shows how an owner had taped dental adhesive film over his door handles to protect them from freezing.

Musk tweeted on Jan. 25 that Tesla was preparing over-the-air software updates that would improve how its cars were holding up in cold weather.

2 Responses to EV Vortex: Extreme Cold is the Enemy of Electric Cars