Turtle Garage is proud to maintain a unique partnership with Cars Yeah. Cars Yeah is a 5-day a week podcast show hosted by Mark Greene. Mark is a respected automotive enthusiast who interviews successful individuals who have a passion for automobiles. His diverse guests include artists, celebrities, journalists, authors, racers, designers, builders, and anyone else with a love of automobiles. His thoughtful and professional interviews take you on a drive through interesting lives.

Mark gets under the hood with his guests and the result is listening pleasure and pure inspiration. You can find over 860 shows on iTunes, Apple Podcast, Stitcher Radio, YouTube, Google Play or on the Cars Yeah website Podcast pages.

Sit down, buckle up, and enjoy the ride!

Friends of Turtle Garage that have been interviewed by Cars Yeah: (click to listen) 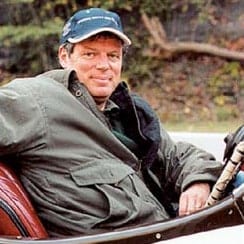 Keith Martin has been involved with the collector car hobby for more than thirty years. As a writer, publisher, television commentator, and die-hard enthusiast. He is the publisher of Sports Car Market Magazine, a publication he founded over 26 years ago. He launched a companion magazine American Car Collector four years ago. Keith’s columns on collecting and reviews of exotic cars have appeared in the New York Times. Keith has been an emcee at Pebble Beach, the Meadow Brook Concours, Concorso Italiano, the Kirkland Concours, the La Jolla Concours d’Elegance, Keels and Wheels and many other events. He has hosted numerous television specials, and is the co-host of “What’s My Car Worth” shown on the Velocity channel. You can usually find him out on the road on tours with his children. 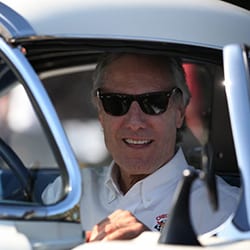 Bruce Meyer is a life long classic car enthusiast and one of the most vocal ambassadors of the collector-car hobby. He has built a world-class collection of important motor vehicles, he is a racer holding several records and an inspiring philanthropist. As an active participant he enjoys driving in events around the world and serves on the board of many museums including the Nethercutt Collection, the Petersen Automotive Museum, The Mullin Automotive Museum and the LeMay Museum. He is the founding chairman of the Petersen Automotive Museum and their Checkered Flag 200 group. Bruce is a serious cheerleader for the car hobby and industry. 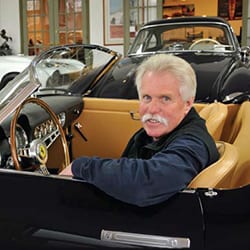 Wayne Carini has a lifetime of experience in automobile restoration and has restored, repaired, bought, and sold more cars than he can count. His television show Chasing Classic Cars, on Velocity, gives the viewer an inside look at his world of buying, restoring, selling and chasing classic cars all over the country and the world. His passion for cars started when he was a child and continues to today at his Connecticut based business F40 Motorsports where they repair, restore, buy, sell, and chase that next special automobiles. I can tell you having met Wayne that who you see on his number one rated television show is the real deal. He’s a die-hard car guy who is incredibly nice and really enjoys what he is doing. 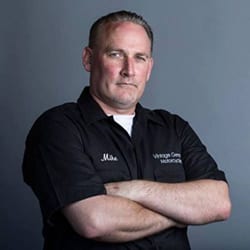 Mike Dunn owns Vintage German Motorcycles in Riverside, California, a business he started over ten years ago. He is one of the most respected restorers of WWII German motorcycles in the United States including BMWs, DKWs, and Zündapps. As owner/operator of the premier Zündapp Import, Sales and Service operation he is responsible a good amount of Zündapps now in existence in America. His motorcycle restorations are best of show winners and have appeared in movies and on television including Valkyrie and the History Channel. Mike travels to Europe to attend the annual Zündapp Tour and he has ridden over 8,000 km on vintage German bikes throughout Europe. 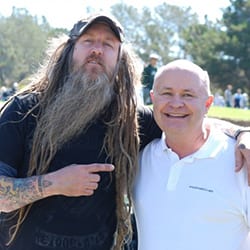 Magnus Walker’s love affair with Porsche began when he was 10 years old during a trip to the 1977 London Motor Show. He wrote to the Porsche factory and their response was, “Give us a call when you are older.” He did, but more about that later. In 1986 at the age of 19 he moved to Los Angeles and started his own line of clothing. That led to the acquisition of a warehouse in L.A., his firs Porsche, club racing and an ever-expanding collection of vintage Porsches. His builds started gaining attention and when he produced the video Urban Outlaw things really started to accelerate. Magnus is not your stereotypical Porsche owner and there’s nothing typical about Magnus. You never know where he will be next. 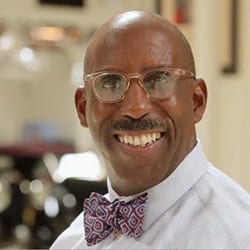 Donald Osborne is an automotive consultant, historian, Accredited Senior Appraiser and a member of the American Society of Appraisers. He is the Principal of Automotive Valuation Services and advises on collection building, vehicle acquisition, and sales. He travels extensively in the U.S. and Europe, attending major events, rallies, and auctions. He has appeared as Co-host of the nationally-broadcast TV show “What’s My Car Worth” and has judged at major concours events including Amelia Island Concours and many others. He’s on the popular TV show Jay Leno’s garage and he is a Contributing Editor and Auction Analyst for Sports Car Market magazine and has written for many publications including the Wall Street Journal, the New York Times, and Road & Track magazine. He is an active participant on many seminar panels and symposia. Donald is a quintessential car guy who loves sharing his automotive knowledge with other enthusiasts. 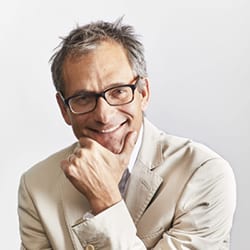 A.J. Baime is a New York Times Bestselling author, an award-winning journalist, a public speaker, and occasional on-screen personality. His books include The Arsenal of democracy: FDR, Detroit, and an Epic Quest to Arm an America at War, and Go Like Hell: Ford, Ferrari, and Their Battle for Speed and Glory at Le Mans. Both books are critically acclaimed and in development for major motion pictures. A.J. writes for a multitude of magazines including Road & Track and he is a regular contributor to the Wall Street Journal. He has appeared on numerous TV stations and shows including Jay Leno’s Garage and as a host and race car driver in online documentary pieces. 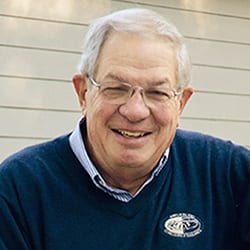 Bill Warner has been around automobiles his entire life. As a teenager he worked at the local VW and imported car dealership. After college he worked for Sports Car Graphic Magazine and Road & Track Magazine. His photographs and writing has appeared in most of the well known automotive magazines and his awards are numerous. In 1975 Bill ran a Porsche 911 in the infamous Cannonball run and has raced in a Brabham BT-8, a Datsun B210, GT3 cars and many others, winning many awards. He’s restored numerous vintage automobiles and in 1996 he founded The Amelia Island Concours d’Elegance which is one of the top concours events in the world. In 2002 Bill was awarded the Meguiar’s Automobile Hobby Person of the Year. In 2003 he was inducted into the Road Racing Driver’s Club by Brian Redmond and Bobby Rahal. He is on the Steering Committee of the LeMay-America’s Automobile Museum and his awards and involvement in the hobby go on, and on, and on. Bill also served for 30 years in the Florida Air National Guard retiring at the rank of Major. 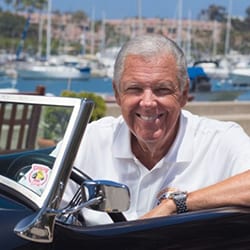 Barry Meguiar represents the third generation of the company his grandfather founded in 1901. For Barry, working at Meguiar’s started when he was in grade school. Over the years Barry worked in various areas of the business but it was his vision to take their car care products to the consumer marketplace that got things revved up. In 1973 the first consumer product, Meguiar’s Liquid Cleaner Wax was launched. The rest is history and today the average retailer showcased 40 to 50 separate Meguiar’s products on its shelves. Meguiar’s “men in black” can be found at almost every major car show across the country, and around the world, each and every weekend. Then in the mid 90s Barry created Car Crazy Radio and Television to unite and mobilize car guys everywhere. Car Crazy TV is now viewed globally via the Internet and broadcast television. 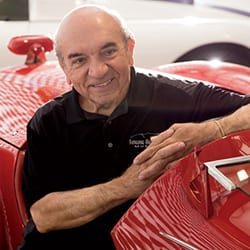 Fred Simeone is the founder and Executive Director of the Simeone Foundation Automotive Museum located in Philadelphia, Pennsylvania. The museum opened in June of 2008 in an old engine remanufacturing building. The 80,000 square foot building houses an incredible collection of over 65 racing sports cars that encompass the words of John Stuart Mill, “Competition is indispensable to progress.” You will enjoy marques including Alfa Romeo, Porsche, Ferrari, Aston Martin, and Delahaye to name just a few. At the museum you will enjoy seven decades of the “spirit of competition” plus rotating exhibits to keep you coming back for more. Fred is a retired neurosurgeon who donated the cars to a charitable foundation that survives on events and philanthropy. 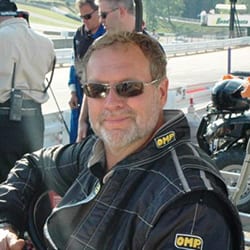 Kent Bain is the Founder and Director of Automotive Restorations in Fairfield, Connecticut. Founded in 1978, Automotive Restorations and their sister company, Vintage Racing Services, have garnered numerous awards and a reputation for quality and integrity. Their work is found at exhibits all around the globe earning notable awards from Pebble Beach to the Concorso d’Eleganza Lake Como Italy. Their Vintage Racing Services restores and prepares racing and rally cars that participate as far afield as China, New Zealand, and across the US and Europe. Kent is an active vintage racer and the winner of the SVRA’s driver of the year award in 1999. He is also a founding partner of The Collectors Car Garage and a number of other classic automotive enterprises. 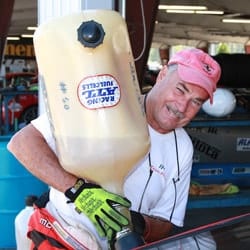 Bob Hatch is the owner of Hatch & Sons in Hudson Massachusetts. He’s been buying, selling, restoring, and trading fine motorcars since 1970. After selling his company in 2005 he grew restless and he purchased the original building he started his company in, refurbished it and started anew with his son Jimmy and grandson Chris. Today they buy and sell the finest European automobiles in the world while focusing on excellence in quality and perfection. Bob has owned more than 125 230, 250, and 280 SL Mercedes Benz automobiles and Hatch & Sons are known as the authority on these beautiful classic cars. I’ve been fortunate to have seen their work and it is absolutely incredible.