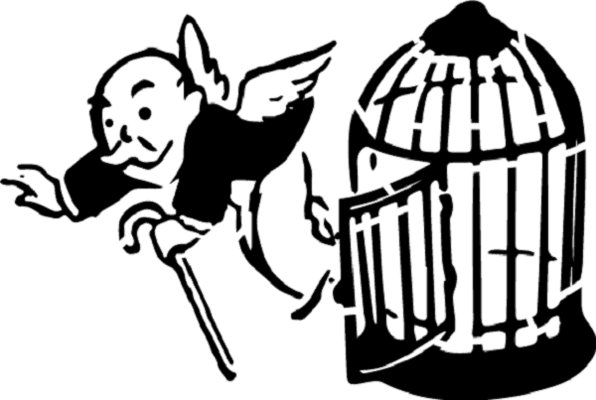 “I have not fled justice — I have escaped injustice and political persecution. I can now finally communicate freely with the media, and look forward to starting next week….I will no longer be held hostage by a rigged Japanese justice system where guilt is presumed, discrimination is rampant, and basic human rights are denied, in flagrant disregard of Japan’s legal obligations under international law and treaties it is bound to uphold.”—Carlos Ghosn

Newswires are abuzz over the stunning holiday disappearance of  ex-Nissan CEO Carlos Ghosn. Like Harrison Ford in The Fugitive, Carlos Ghosn is a man on the run. He successfully fled Japan where he posted $9 million bail and was awaiting trial under secure house arrest. News is now unfolding that his wife may have helped mastermind a sophisticated plan to help Ghosn escape over the holidays. The timing of the covet operation may have been the key to its success given that during the holidays life in Japan grinds to a sleepy halt. Allegedly, a band came to play some holiday music at his home and after the show Ghosn was packed into an equipment box. The box was then transported to the airport and he was flown to Turkey via a Bombardier Challenger private jet. Ghosn then ultimately made his way to his ancestral home in Lebanon. On top of the humiliation Japanese authorities now face, Lebanon does not have an extradition treaty with Japan. Like a CEO-cum-chess grandmaster, Ghosn’s move was thoroughly planned and brilliantly executed. This looks like a movie in the making. 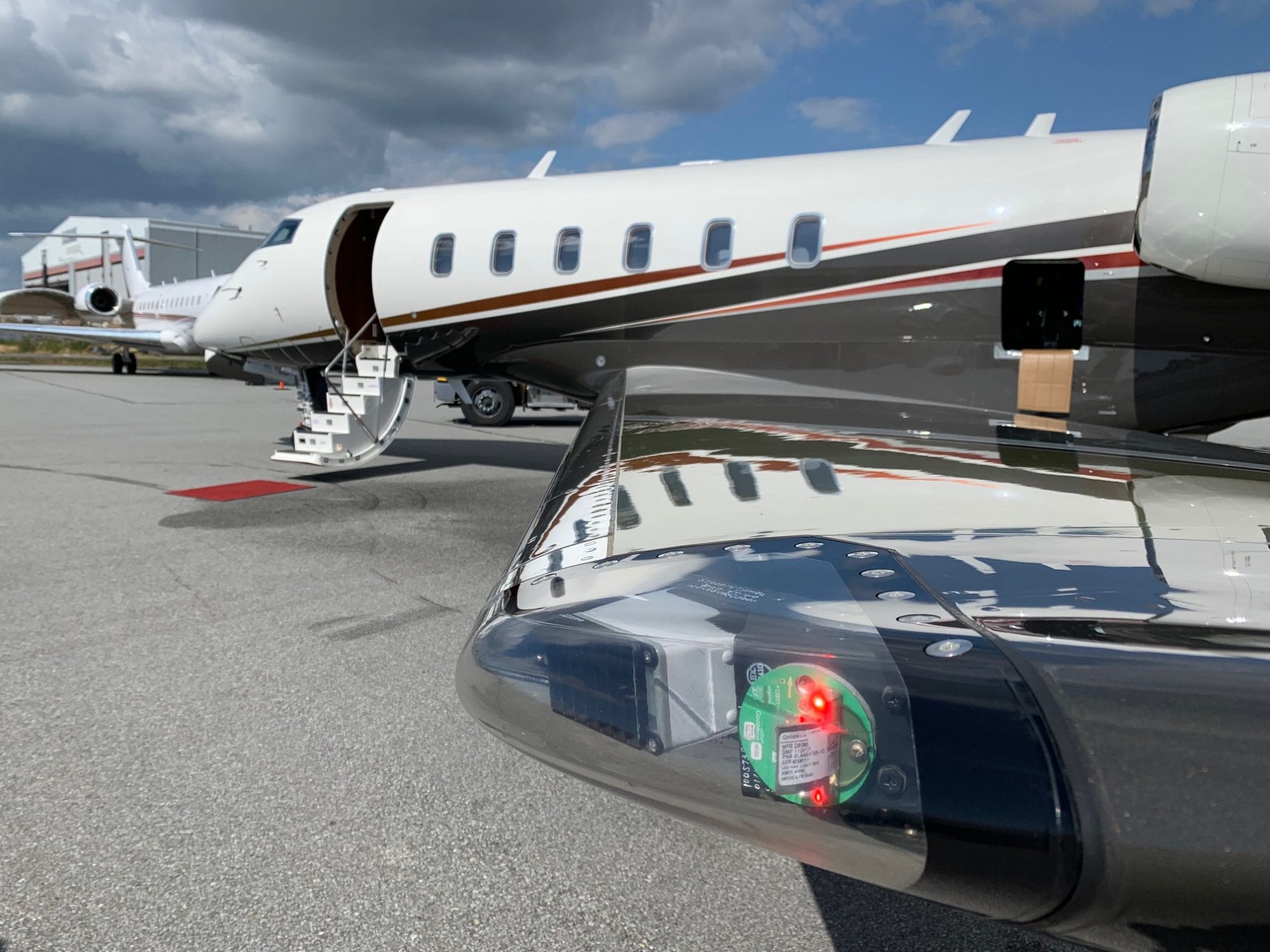 A Bombardier Challenger 300 similar to the plane Ghosn may have used to flee Japan. Photo by Philip Richter 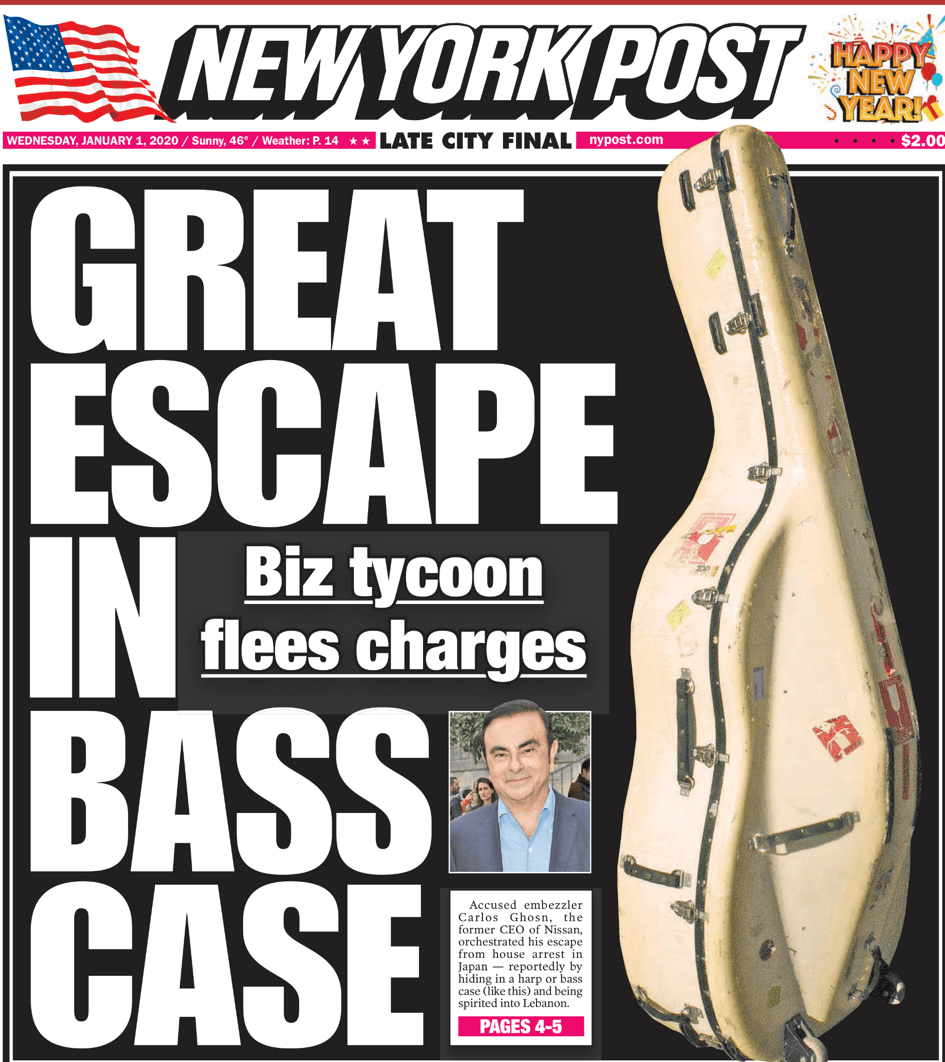 Newspapers around the world are abuzz over the incredible disappearing act of Carlos Ghosn.

See the BBC summary story below for more details:

REPOSTED FROM THE BBC JANUARY 1ST 2020

He was once a titan of the car industry who held hero status in Japan. He then became one of the country’s most well-known criminal suspects. Now he’s an international fugitive.

Carlos Ghosn, the multi-millionaire former boss of Nissan, spent months preparing to stand trial on financial misconduct charges. At least, that was what the Japanese authorities were led to believe.

He posted 1bn yen (£6.8m; $8.9m) in bail in April. He was monitored by a 24-hour camera installed outside his house. His use of technology was heavily restricted and he was banned from travelling abroad.

Then, in a move that left Japan red-faced and his own legal team baffled, he appeared in Lebanon on New Year’s Eve. “I have escaped injustice and political persecution,” he declared in a statement.

“We were completely caught by surprise. I am dumbfounded,” his lawyer, Junichiro Hironaka, told a crowd of reporters in Tokyo shortly after learning of Mr Ghosn’s flight. “I want to ask him, ‘How could you do this to us?'”

Another pressing question is: how did he do it at all?

One Lebanese TV channel – MTV – reported that Mr Ghosn had fled his court-approved residence in Tokyo with the assistance of a paramilitary group who were disguised amongst a band of musicians.

It said the band had performed at his house and, shortly after they had finished, the 65-year-old hid himself in a large musical instrument case which was then hurried to a local airport. If this really happened, it may have been a tight squeeze even for Mr Ghosn, whose height is reported at 5ft 6in (167cm).

According to the MTV story, he then flew to Turkey, before arriving in Lebanon on a private jet. The broadcaster provided no proof for this theory which, unsurprisingly, spread rapidly across social media.

But donning a spy-movie disguise is not beyond Mr Ghosn. In March, in a bid to throw journalists off his scent, he left prison disguised as a construction worker. He was quickly identified, mocked in the media, and his lawyer soon apologised for the “amateur plan”.

The role of Carole Ghosn

The former CEO’s getaway from Tokyo to Beirut was meticulously planned over a period of several weeks, according to the Wall Street Journal.

The newspaper, which cited a number of unidentified sources, said a team was carefully assembled to carry out the plot. The group reportedly included accomplices in Japan who transported Mr Ghosn from his house and onto a private jet bound for Istanbul. From there, he continued his journey to Beirut where he arrived in the early hours of 30 December.

The plane tracking site FlightRadar24 showed a a Bombardier Challenger private jet arriving at Beirut-Rafic Hariri international airport shortly after 04:00 local time. Mr Ghosn then met his wife Carole, who was born in the city and was heavily involved in the operation, the Wall Street Journal says.

Several reports have said Carole Ghosn was a major figure behind the plan for her husband to skip bail and get out of Japan. She spoke with him for more than an hour on 24 December, Mr Ghosn’s Japanese lawyer said. The couple had previously been banned from meeting or communicating under Mr Ghosn’s strict bail conditions.

After he arrived in Lebanon, Mrs Ghosn told the Wall Street Journal that their reunion was “the best gift of my life”. She has not commented on her alleged involvement in the operation.

Earlier this year she told the BBC: “I want my husband back. I want him with me. I know he is innocent.”

Carlos Ghosn grew up in Lebanon, owns property there and is a popular figure. He even appeared on one of the country’s postage stamps.

He has repeatedly denied any wrongdoing.

Questions remain about the documents Mr Ghosn used to enter Lebanon. He holds three passports – Brazilian, French and Lebanese – but his legal team maintain that they were in possession of all of them when he left Japan. It is not known whether Mr Ghosn was holding duplicate passports – as businesspeople are sometimes allowed to do.

While the French newspaper Le Monde said he travelled on an ID card, others have reported that he used a French passport or a false identity with forged documents. Lebanon’s foreign ministry has not said what passport Mr Ghosn travelled on, but insisted that he entered the country legally.

The embarrassment caused by Mr Ghosn’s flight soon sparked a reaction from Japan. One Japanese politician asked whether he “had the support of some country”. A former governor of Tokyo was more forthright, accusing Lebanon of direct involvement.

“The government has nothing to do with [Mr Ghosn’s] decision to come,” Lebanese minister Salim Jreissati was quoted as saying by the New York Times. “We don’t know the circumstances of his arrival.”

There is no extradition deal between Japan and Lebanon, which means the future of Mr Ghosn’s trial is now fraught with uncertainty.

Japan gives millions in aid to Lebanon and will likely want Mr Ghosn returned. But it will no doubt have to answer further questions about how such a high-profile suspect was able to get out of the country in the first place.

Philip Richter is President and co-founder of New-York-City-based Hollow Brook Wealth Management, LLC. The Turtle Garage Blog, he says, is dedicated to his "love of excessive personal transportation."
View all posts by Philip Richter →
1989 Ferrari Mondial: An Overdose of Christmas Eggnog
The Electric Vehicle Debate: Complex and Unclear

One Response to Carlos Ghosn: Former Nissan CEO is a Man on the Run