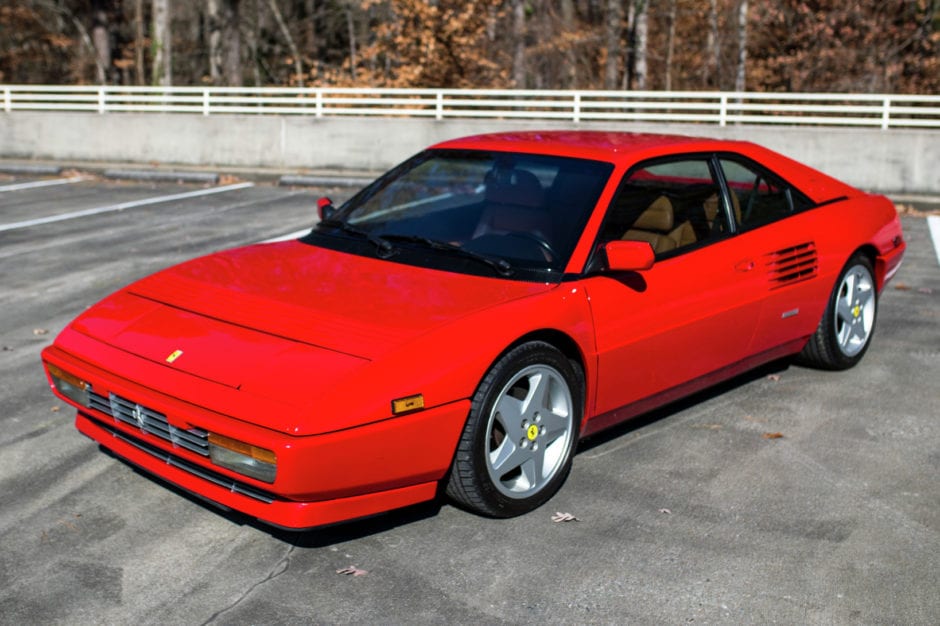 By Philip Richter on December 31, 2019 in Auction Spotlight

This Ferrari Mondial T coupe is one of 43 examples imported to the US for the 1989 model year and is powered by a mid-mounted 3.4-liter V8 paired with a five-speed manual gearbox. Modifications include Ferrari 348 wheels, a later-model steering wheel, a Stebro muffler, Hyper Flow catalytic converters, and a Scuderia Rampante fusebox upgrade. The car spent 11 years with its previous owner prior to its acquisition by the seller through a September 2016 BaT auction. Records document previous service by Scuderia Rampante in Erie, Colorado including a top-end rebuild in 2013, and the timing belts were replaced in March 2017. This Mondial T shows 102k miles and is offered with its removed wheels and muffler, a car cover, service records from new, manufacturer’s literature, a clean Carfax report, and a clean Georgia title in the seller’s name.

The Ferrari Mondial is the Ford Pinto of Ferraris. This model will never be collectible given its styling, performance, and uneconomical maintenance upkeep. This particular example has one thing going for it: it is a later production 1989 model. From here, however, it all goes downhill. This is a car with over 100,000 miles. Its been repainted (apparently poorly given the photographs). Its been heavily modified (molested?). It has the wrong wheels. The outcome here is sheer lunacy. The seller should be doing backflips and the buyer should be seeking PTSD counseling. Just look at the comparable cars listed on BAT over the last several months—a 10,000 mile Mondial Cabriolet could not break $33,000. Very very very very very very well sold.

Philip Richter is President and co-founder of New-York-City-based Hollow Brook Wealth Management, LLC. The Turtle Garage Blog, he says, is dedicated to his "love of excessive personal transportation."
View all posts by Philip Richter →
Collector Car and Automotive Industry Predictions for 2020 and Beyond
Carlos Ghosn: Former Nissan CEO is a Man on the Run