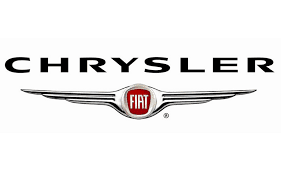 His legacy was defined, however, by his work in the automotive industry. When he was hired by the Agnelli family, which founded Fiat in 1899, to run the Italian brand, it was a faltering manufacturer and they charged him with reversing its long decline. He acted quickly, dismissing several executives, paring back production levels to meet demand, and eliminating some slow-selling models entirely. Before long, Mr. Marchionne became one of the most closely watched chief executives in the auto industry, and he earned a reputation as a quirky and fast-moving leader. At news conferences, he entertained reporters with answers peppered with references to philosophers, pop music and ancient history. He once gave a commencement speech at the University of Toledo, in Ohio, that quoted Nelson Mandela and Albert Einstein while lauding the city’s long association with his company’s Jeep brand.

In 2006, he arrived at a meeting with analysts wearing a black sweater and black jeans. He soon decided he liked not having to think about his wardrobe, and stuck with that look for years. (He said he kept dozens of identical sweaters and pairs of jeans in each of his homes.) His business acumen was also on display during his time at Fiat. Soon after becoming chief executive, he took advantage of an existing deal between General Motors and Fiat to force the American company to buy the Italian carmaker, a move G.M. had no desire to make. In a high-stakes game of poker, Mr. Marchionne compelled G.M. to pay Fiat $2 billion to end their alliance, and used the money to develop new models, including a new Fiat 500, a small car that became a hit in Europe

His decision to drive a hard bargain for Chrysler in 2009 may be the one that defined his career, though. As the Treasury Department in Washington was scrambling to prevent the collapse of much of the United States auto industry in the wake of the financial crisis, Mr. Marchionne stepped forward with an audacious offer. Fiat would take control of Chrysler and provide cars and technology to revive the sickest of the three Detroit automakers. There was a catch, however: The government would have to hand Chrysler over to Fiat for free. It was a hardball offer typical of Mr. Marchionne. But he knew the Treasury, as well as Chrysler’s creditors and its labor union, had little room to negotiate. The American economy was slipping deeper into recession, the collapse of Chrysler would have meant the loss of tens of thousands of jobs and no other company was willing to take on the job. That was the beginning of one of the most remarkable rescues in the auto industry.

Today Fiat Chrysler, while still facing challenges, is solidly profitable, and Mr. Marchionne is revered in the halls of two headquarters, in Turin, Italy, and Auburn Hills, Mich., north of Detroit. Mike Jackson, chief executive of AutoNation, a large dealership chain, who became a confidant of Mr. Marchionne’s, said the Fiat Chrysler boss had an unusually sharp, analytical mind. “He could take a fire hose of complexity and reduce it to its fundamentals in minutes,” Mr. Jackson said. “He had the courage to make very aggressive decisions and if it went badly, he’d be totally accountable for it.” Mr. Marchionne was born in Chieti, on the Adriatic coast of Italy. His father, a police officer, saved and invested enough to retire early and move his family to Toronto when the young Mr. Marchionne was 14. Mr. Marchionne studied philosophy at the University of Toronto, earned a Master of Business Administration from the University of Windsor in Ontario, and a law degree from York University in Toronto before beginning his career as a tax specialist. He had planned to retire next year as chief executive of Fiat Chrysler Automobiles. But he became critically ill as a result of complications from shoulder surgery on July 5.

The company replaced him as chief executive over the weekend, choosing Mike Manley, the head of its North America operations and its Jeep and Ram truck brands, as Mr. Marchionne’s successor. In Italy, where for decades Fiat was synonymous with the country’s postwar economic boom, lawmakers from across the political spectrum paid tribute to Mr. Marchionne, and flags flew at half-staff at Fiat Chrysler’s offices in Turin. Giuseppe Conte, the Italian prime minister, and Paolo Gentiloni, Mr. Conte’s predecessor, both lauded the executive. President Sergio Mattarella said Mr. Marchionne “wrote an important page in the history of Italian industry.”

Mr. Marchionne’s death came as Fiat Chrysler reported disappointing quarterly earnings on Wednesday, lowering its revenue forecast for the year as a result, in part, to worse-than-expected sales in China. The company’s shares were down 4.5 percent by midday in Europe. Mr. Marchionne is survived by two sons, Alessio and Tyler. His companion for the last several years is a member of the Fiat Chrysler communications team, Manuela Battezzato.

Marchionne shares his views on the electrification of automobiles:

Philip Richter is President and co-founder of New-York-City-based Hollow Brook Wealth Management, LLC. The Turtle Garage Blog, he says, is dedicated to his "love of excessive personal transportation."
View all posts by Philip Richter →
The Iconic BMW 507 Continues to Shatter Records
The Bell Moto 3: The Return of a Classic