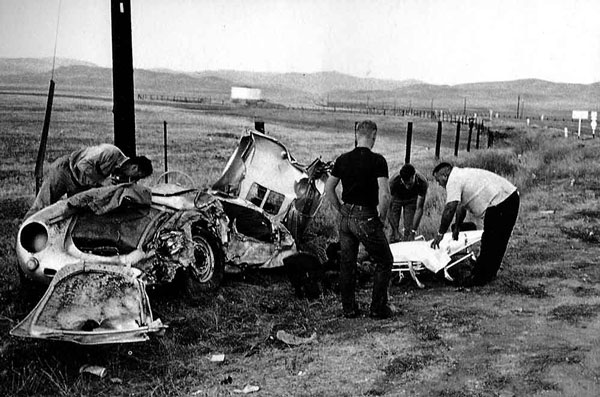 By Philip Richter on May 29, 2021 in Auctions, Cars, History, Uncategorized

“Sometimes I’m so mystified by our hobby I question what my eyes are telling me.” —Bring a Trailer commentary

“Seriously though, this is a unique and fantastic listing and shows how Bring a Trailer has gone from being a enthusiast’s site to scope out the best of internet listings to one of the world’s premier auction sites for true enthusiasts. Good luck to the highest bidder.” —Bring a Trailer commentary

The four-speed transaxle from James Dean’s Porsche 550 Spyder might be among the strangest auction items to ever hit the servers at Bring a Trailer. The auction ends in about an hour and is live now right here. With only an hour left to go, the transaxle is at over $275,000.

This is the actual listing summary from BaT:

This four-speed manual transaxle is said to have been part of James Dean’s 1955 Porsche 550 Spyder, from which it was separated at an unknown point following his deadly accident in September 1955. The transaxle was reportedly stored for several decades prior to acquisition from Massachusetts by its current owner in 2020. It is now fitted to a steel display stand with axles, axle tubes, drum brake assemblies, and a starter. This 550 Spyder transaxle is offered by the seller on behalf of its current owner in New York with a copy of a letter from Porsche verifying its origin and a documentation file.

As most motoring enthusiasts are aware, James Dean was killed at the tender age of 24 while behind the wheel of his brand-new Porsche 550 Spyder. The accident occurred on September 30, 1955 near Cholame California, at the intersection of Route 46 and Route 41. James Dean collided with a Ford while on his way to the Salinas Road Race. He sustained multiple massive injuries and was pronounced dead upon arrival at the hospital. His co-pilot and mechanic, Rolf Wütherich, survived the accident.

This is a curious item and the outcome is certain to bring plenty of commentary. What does one do with this artifact? Will it be put back into another 550 Spyder? Like a puzzle, will somebody try to locate other authentic pieces of James Dean’s original car and reunite the transaxle? Or is this auction simply about owning a sad piece of automotive history? With another hour to go, we don’t know if it has a reserve. Perhaps it will not sell. Perhaps it will break $500,000.

In about an hour we will know! 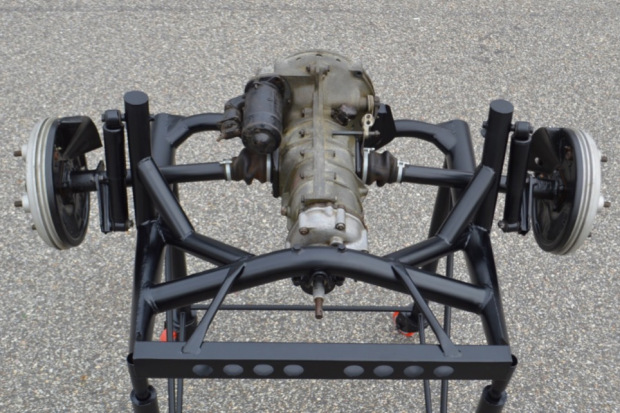 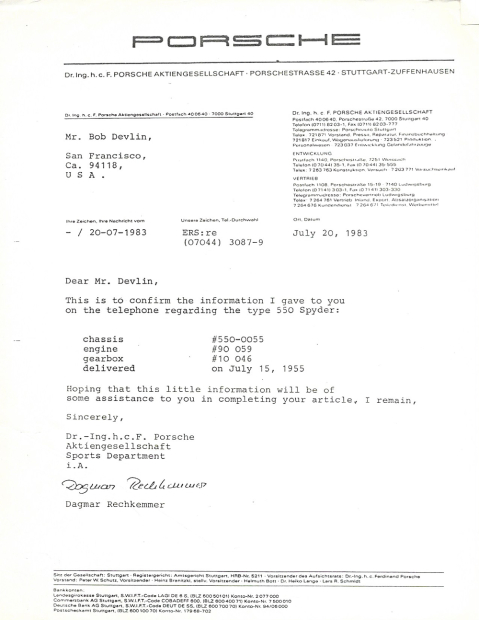 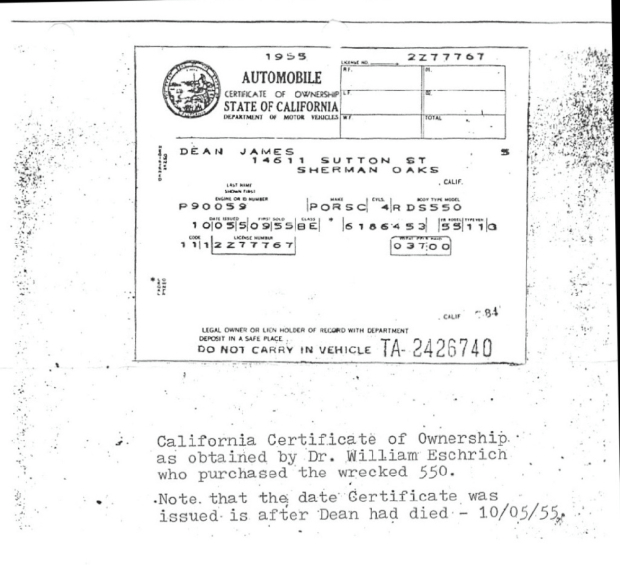 More documentation on the BaT item

Philip Richter is President and co-founder of New-York-City-based Hollow Brook Wealth Management, LLC. The Turtle Garage Blog, he says, is dedicated to his "love of excessive personal transportation."
View all posts by Philip Richter →
Collier Auto Media: The Best or Nothing
And the Best Modern Classic M BMW is?????