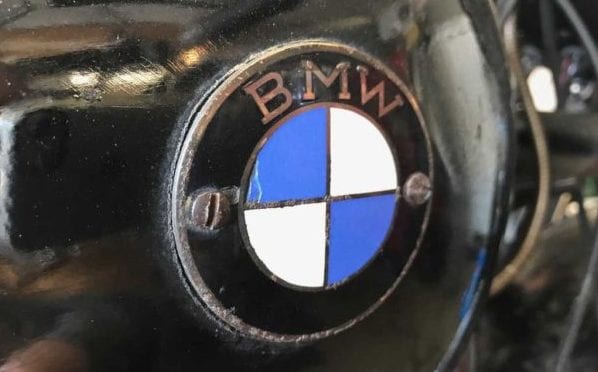 By Philip Richter on August 26, 2017 in Collections, History, Motorcycles, Restorations

Turtle Garage’s 1938 BMW R51 is currently on the truck and heading east from Los Angles. It is due to arrive in Lakeville Connecticut this week—just in time for the 35th Annual Lime Rock Park Historic Festival. A special thank you to Mike Dunn and Brian Schneider for completing this complex project on time and with such accuracy and attention to detail. Also, special thanks to Bruce Meyer for giving my R51 a ride east with his truckload of spectacular cars that are going to be displayed at Lime Rock next weekend. For this year’s Lime Rock Festival, I am the honored motorcycle collector and Bruce is the honored car collector. I first met Bruce earlier this year at Miles and Parker Collier’s Revs Institute Symposium. Held every two years in Naples Florida, Revs is an extraordinary and unusual event. Bruce is well-known and highly respected in the collector car world. He is also considered a key leader of the American hot rod movement. Sharing the podium at Lime Rock with someone of Bruce’s caliber and character is an honor in itself. Bruce is the ultimate car enthusiast and sits on the Board of Directors of the Peterson Automotive Museum, The Mullin Automotive Museum, The Nethercutt Collection, and The Henry Ford Museum. He is also on the Steering Committees for the Pebble Beach Concours and Le May—America’s Car Museum.

Turtle  Garage readers may recall that last year I acquired an all-original R51 (British registration HPD 329) in England and had it shipped directly to Vintage German Motorcycles in Los Angeles for restoration (story here). The plan was to conduct a 100-point restoration of this spectacular two-owner-from-new R51. When the bike arrived at the port of Los Angeles, Mike Dunn and Brian Schneider were both emphatic that the bike was simply too good and too original to restore. In effect, it would be criminal to erase eighty years of history and remove the authentic patina. We changed course and decided to perform a comprehensive preservation restoration, keeping all of the original aesthetics in place while mechanically sorting the bike so it was rideable, roadworthy, and factory-correct.

The restoration entailed meticulous work and hours of research. We had to find a correct headlight bucket and replace decades of functional (but patchwork) fixes with proper factory-correct parts. We corrected the gas tank pinstripes and carefully cleaned up years of dirt and dust. The transmission was in poor condition and we went to great lengths to replace fourth gear and sort out the complex mechanism. Along the way, we saved every part and reconditioned and reused everything possible.

The following is only a partial list of the work that was performed on HPD 329 under the careful eye of Mike Dunn at Vintage German Motorcycles.

Below is the press release announcing Bruce Meyer as the honored Car Collector at the Lime Rock Historic Festival 35:

Lakeville, Conn., August 25, 2017. Lime Rock Park Historic Festival 35 Honored Collector Bruce Meyer considers himself a car enthusiast rather than a collector, an enthusiast who happens to have developed his penchant for wheeled vehicles into one of the finest automobile and motorcycle collections in the world. Significant, rare, powerful and storied examples will be spotlighted at the Sunday in the Park Concours d’Elegance and Gathering of the Marques on September 3, 2017, Lakeville, Conn. www.limerockhistorics.com

Hot rods are a passion for Meyer. His hot rod-rooted 1962 Shelby Cobra CSX 2001, the first production Shelby Cobra, will be a centerpiece alongside his 1932 Ford Doane Spencer Roadster and 1934 Pierson Brothers Coupe. “Hot rods are a part of automotive culture that lit the flame for me,” Meyer explained in an MSN Autos interview. “It’s a genre that was considered an outlaw for so long. Police hated them. Parents hated them. But the more you study who the top rodders were, the more you realize they were the pioneers in our industry. They are the innovators of our time. Innovators that built some really cool stuff. Carroll Shelby was a hot rodder.” Meyer initiated the inclusion of hot rods at the exclusive and elegant Pebble Beach Concours d’Elegance and earned his membership in the Bonneville 200 MPH Club by taking his modified 1929 Ford salt racer up to 204 mph.

Prior to class wins at the Pebble Beach, Amelia Island, Meadow Brook Hall and Louis Vuitton Concours events, driving runs by Meyer and display at the Peterson Automotive Museum, the 1932 Duane Spencer Roadster with its DuVall split windshield, Schroeder steering, hairpin wishbones, black steel wheels with bias-plies and integrated side pipes powered up to 126.76 mph at El Mirage.

“The Fastest Closed Car in America,” was Meyer’s 1934 Pierson Brothers Coupe. El Mirage and Bonneville are among the venues that witnessed the car’s speed, clocking 142 mph its first time out and 227 mph with a Chevy V8 under its hood, respectively.

Cunningham Team Le Mans entrant 1960 Chevrolet Corvette No. 2 of that year will further enhance the Meyer display. One of three that Cunningham modified for that endurance run, the 3,000 pound racers were equipped with a 24-gallon fuel tank, quick-release fuel filler, ducting for the brakes, competition shocks and an additional front sway bar and painted the American-specific white with blue stripes. With Dick Thompson and Fred Windridge alternating behind the wheel, the car struck a sandbank; requisite repairs put it behind the pack and the car lasted until the 20th hour when the engine expired.

Bruce Meyer sits on the Board of Directors of the Peterson Automotive Museum, the Mullin Automotive Museum, The Nethercutt Collection and the Henry Ford Museum as well as the Steering Committees for the Pebble Beach Concours d’Elegance and Le May—America’s Car Museum.

This year’s August 31- September 4 Lime Rock Park Historic Festival 35 presented by the Prestige Family of Fine Cars green flags with the seventh Vintage Race and Sports Car Parade on August 31. The September 3 Sunday in the Park Concours d’Elegance will showcase approximately 200 rare and unique cars from the Brass Era to modern as well as motorcycles, and the Gathering of the Marques will line the track with another 800+ cars grouped by make, country of origin or enthusiast club. Also on Sunday is the Lime Rock-Dragone Auction – the first auction here in a decade and a half – where most of the Lots are listed No Reserve. 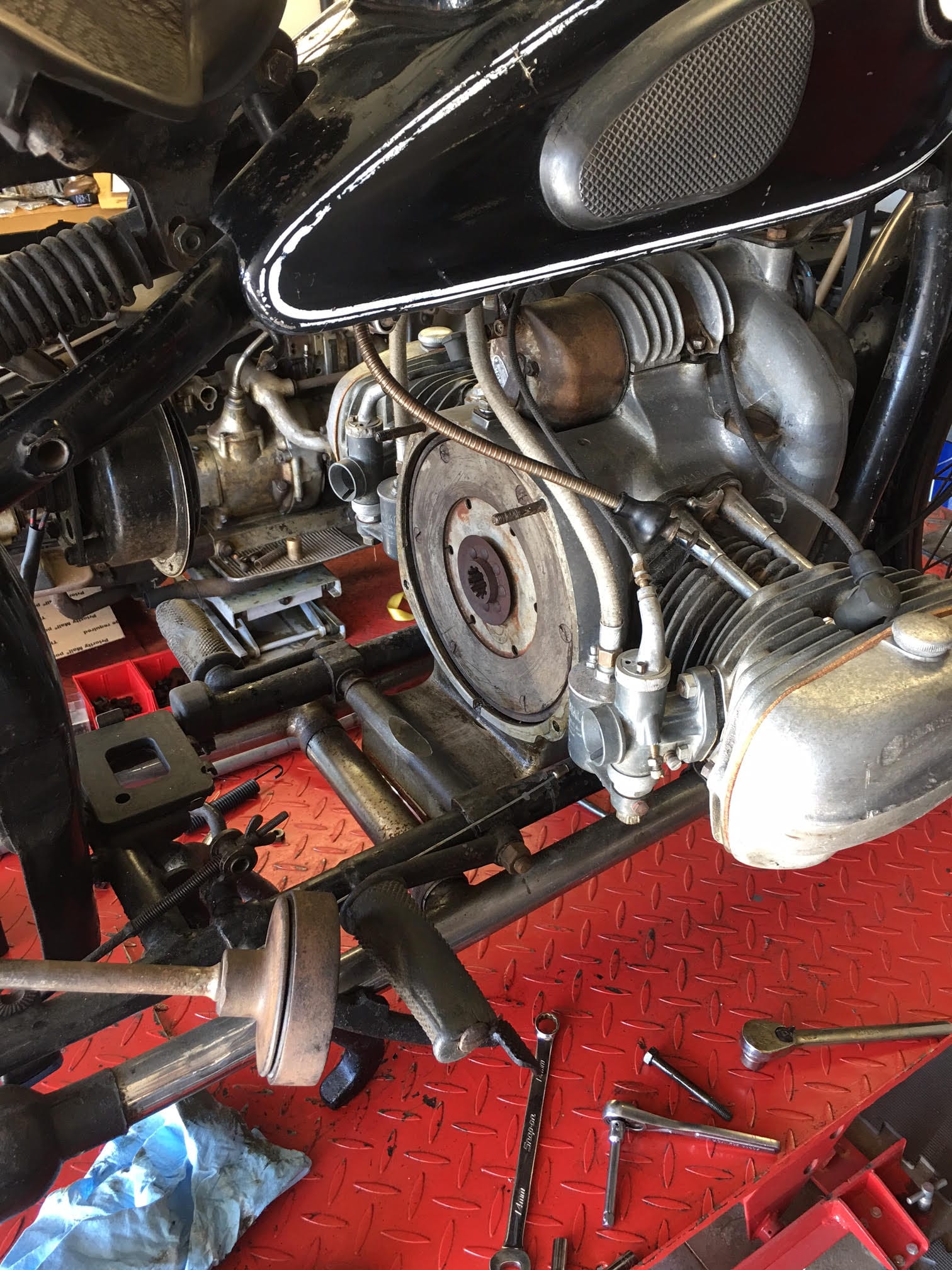 Transmission being sorted out. 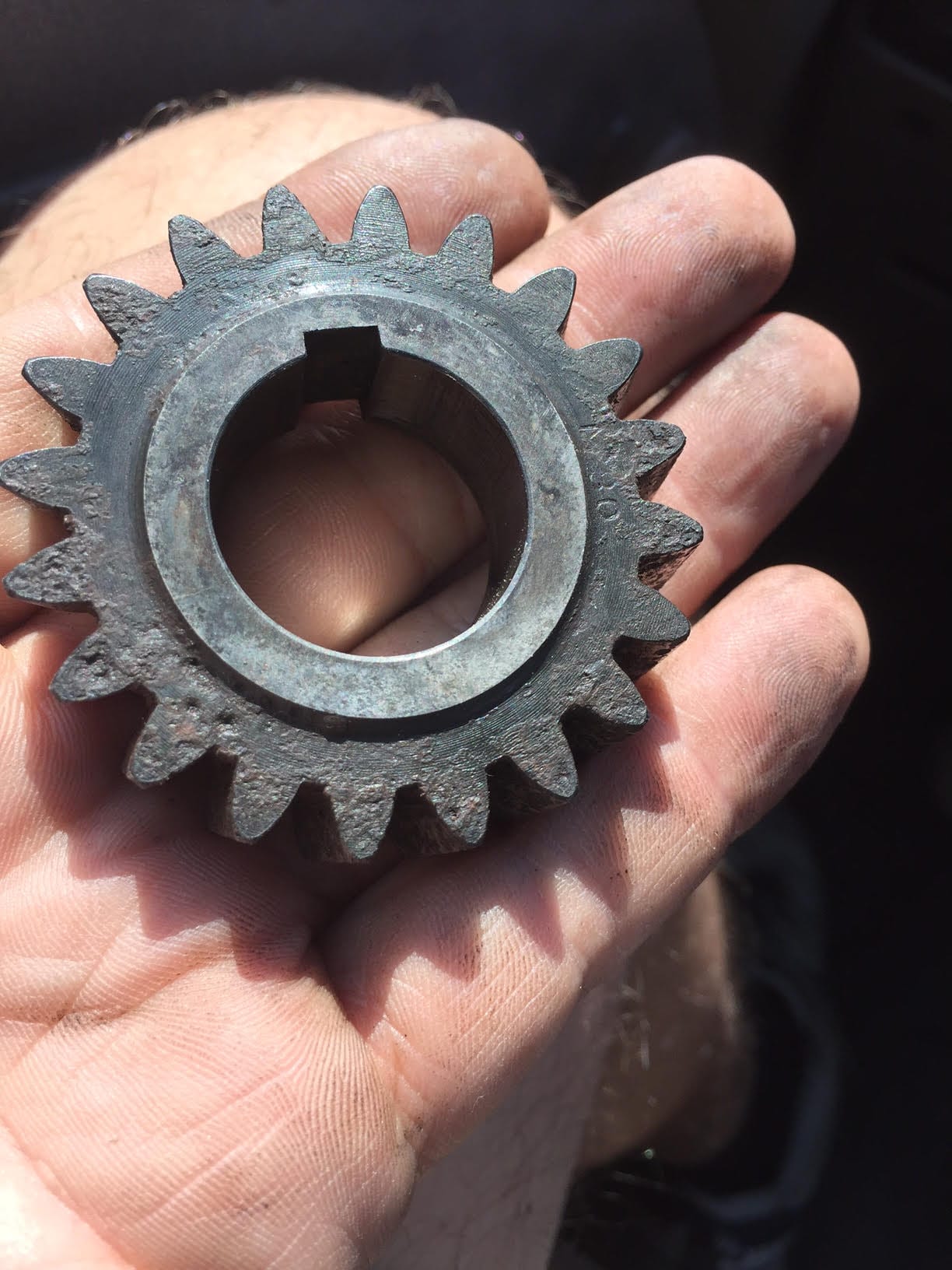 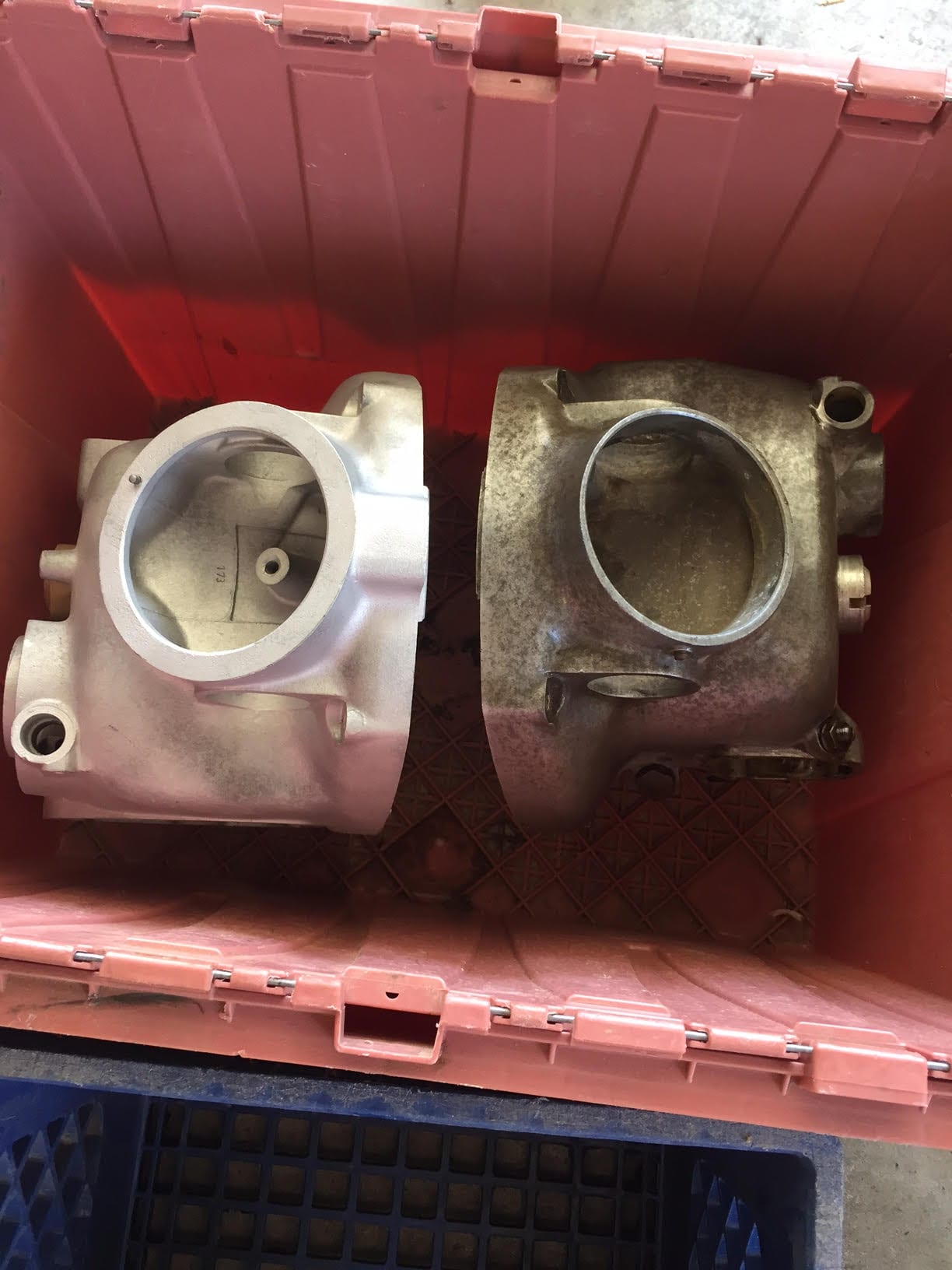 Transmission casing was kept original but we used a restored one as an example and replicated the proper clutch cable tab. 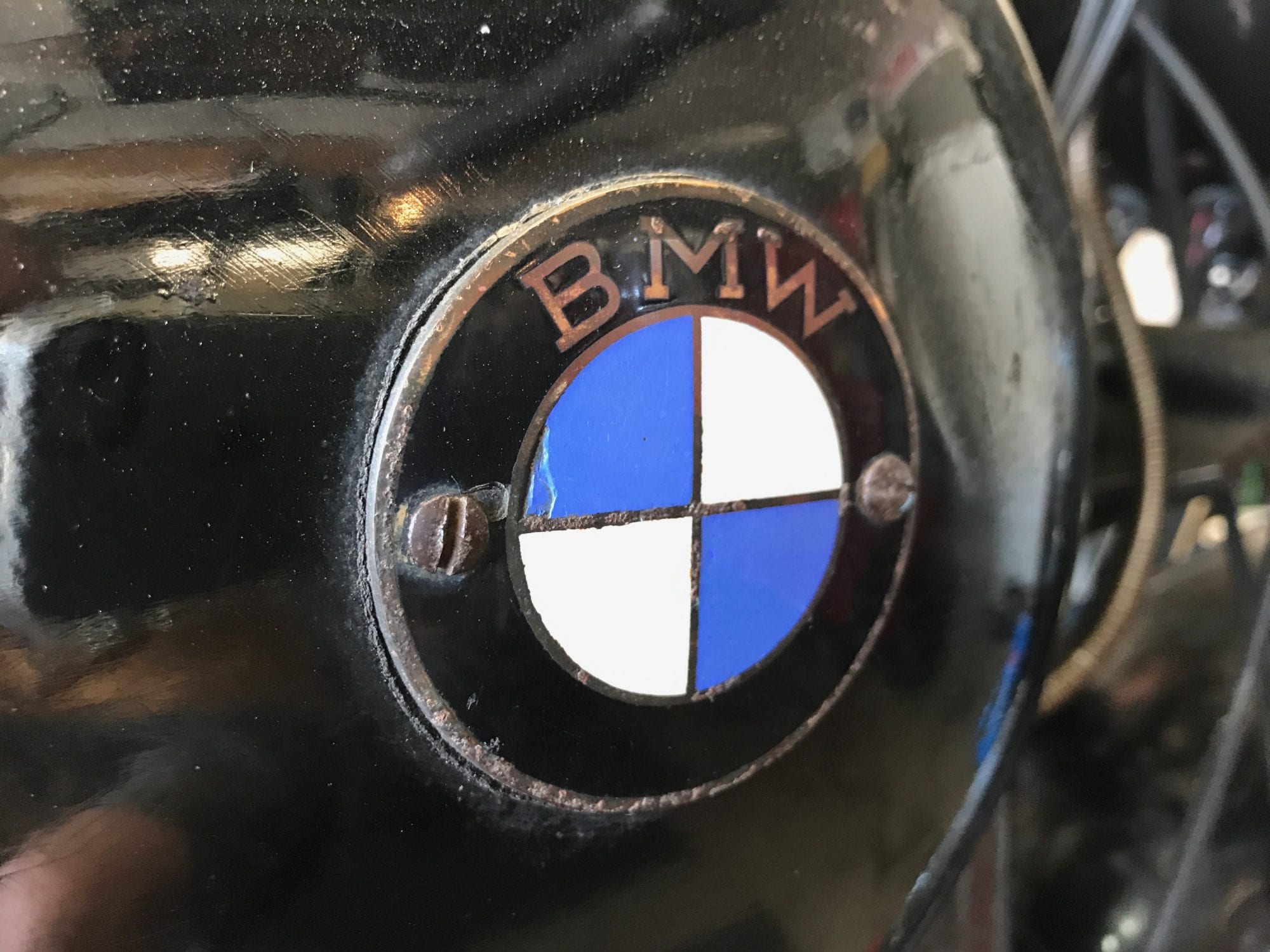 Original BMW roundel has never been removed or changed. 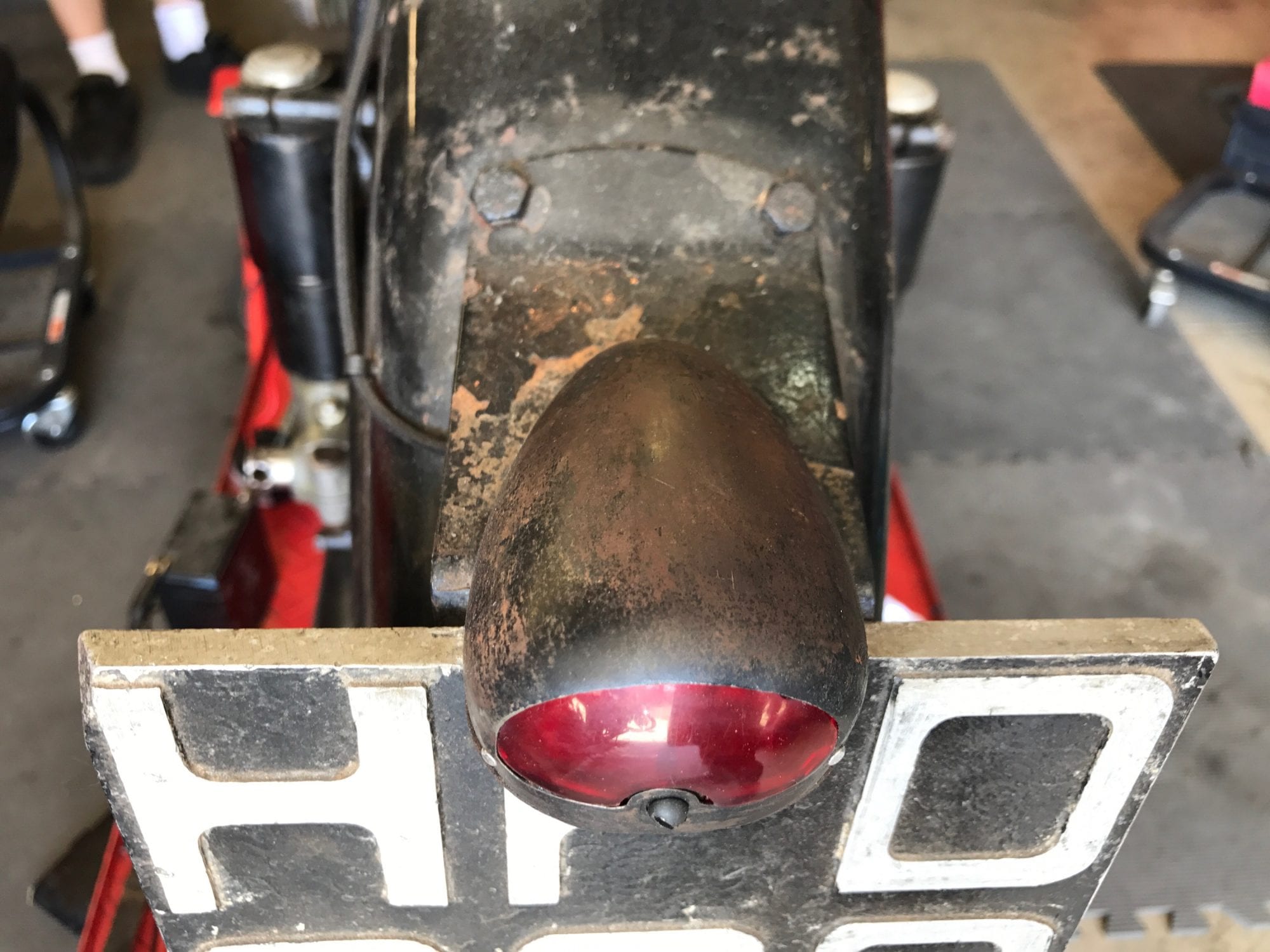 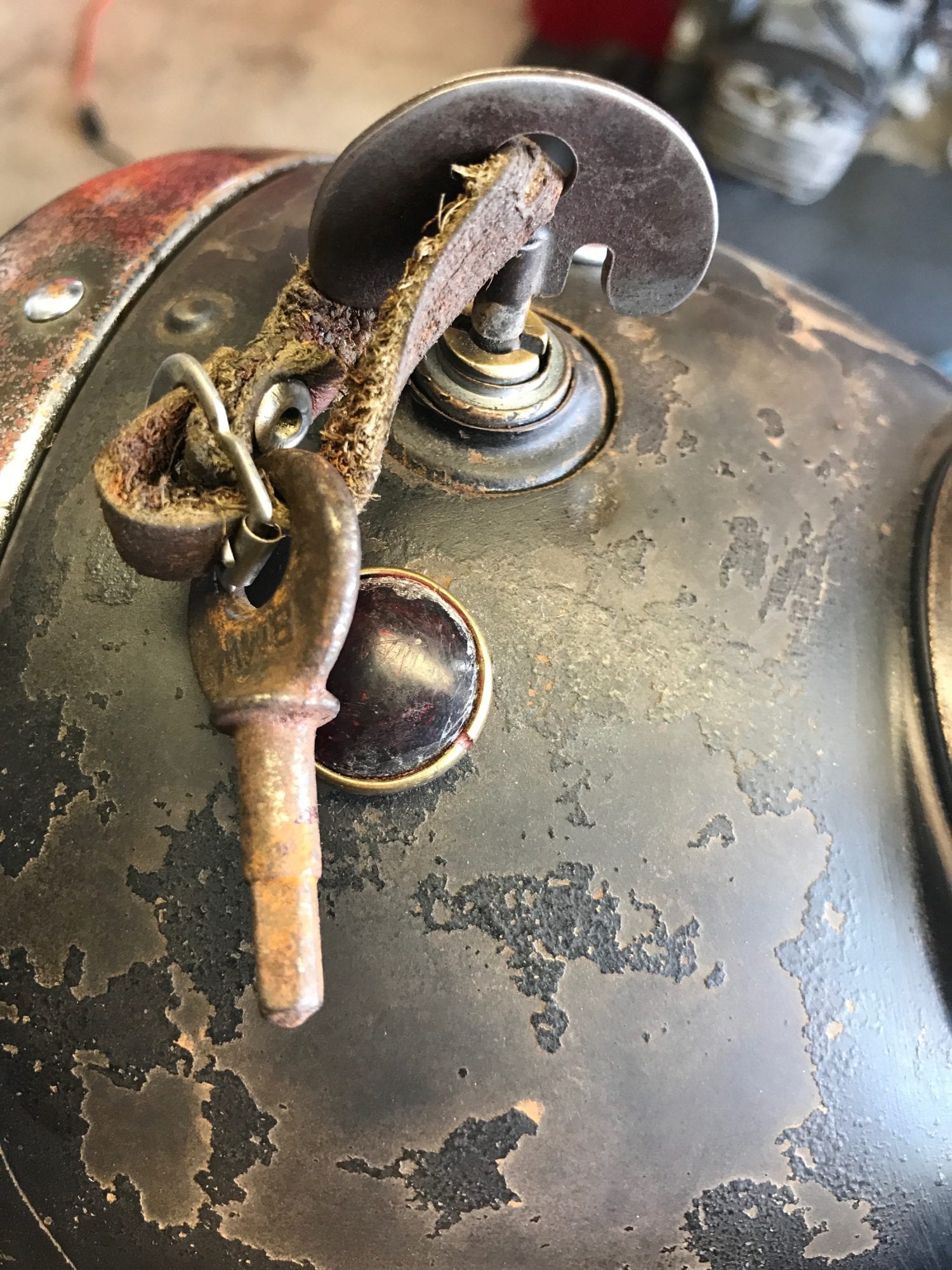 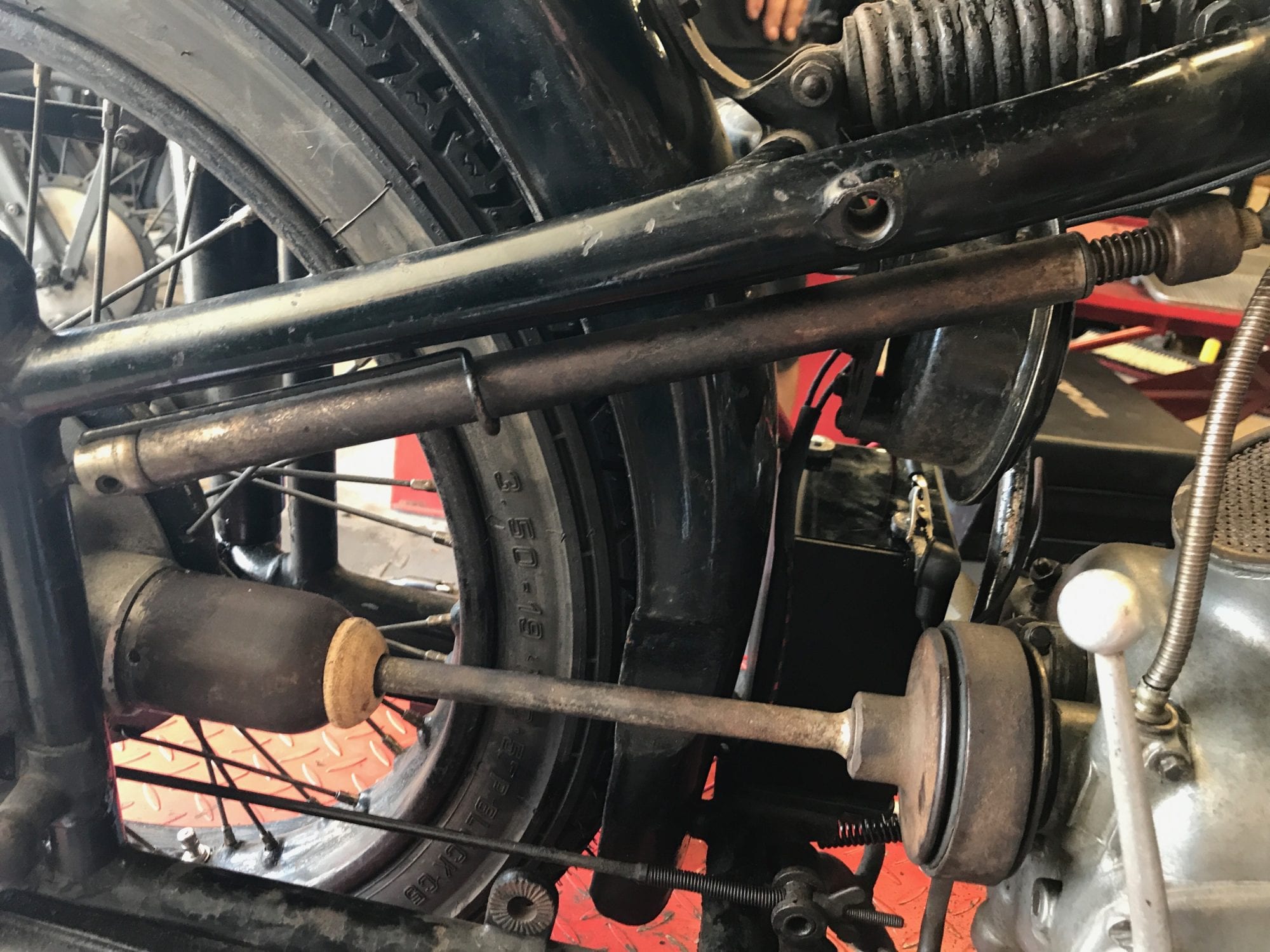 The drive shaft maintains remains of original chrome. We installed a British air pump given that HPD 329 was shipped new to Great Britain. 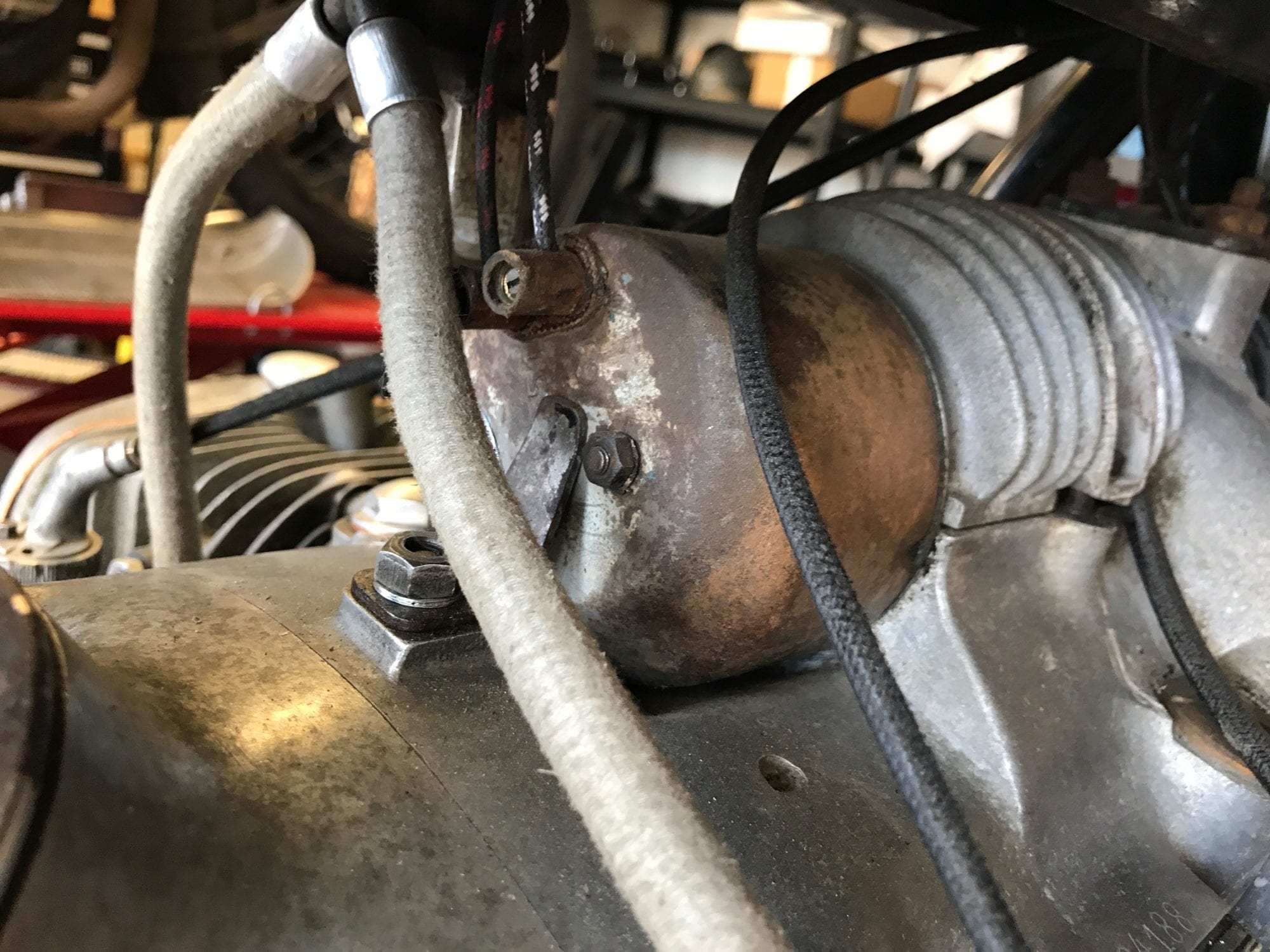 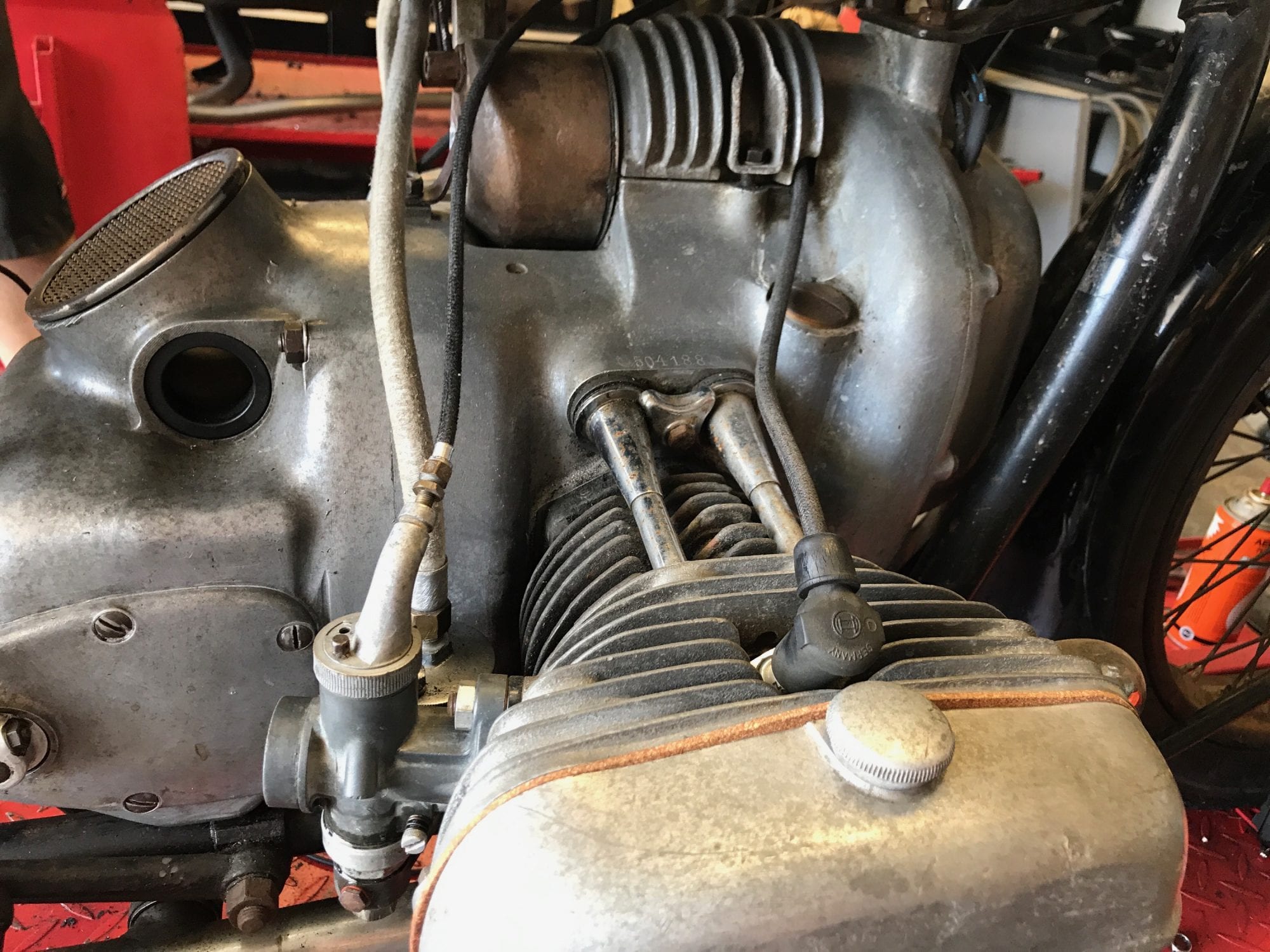 The engine has original patina yet is good to go for many miles of riding. 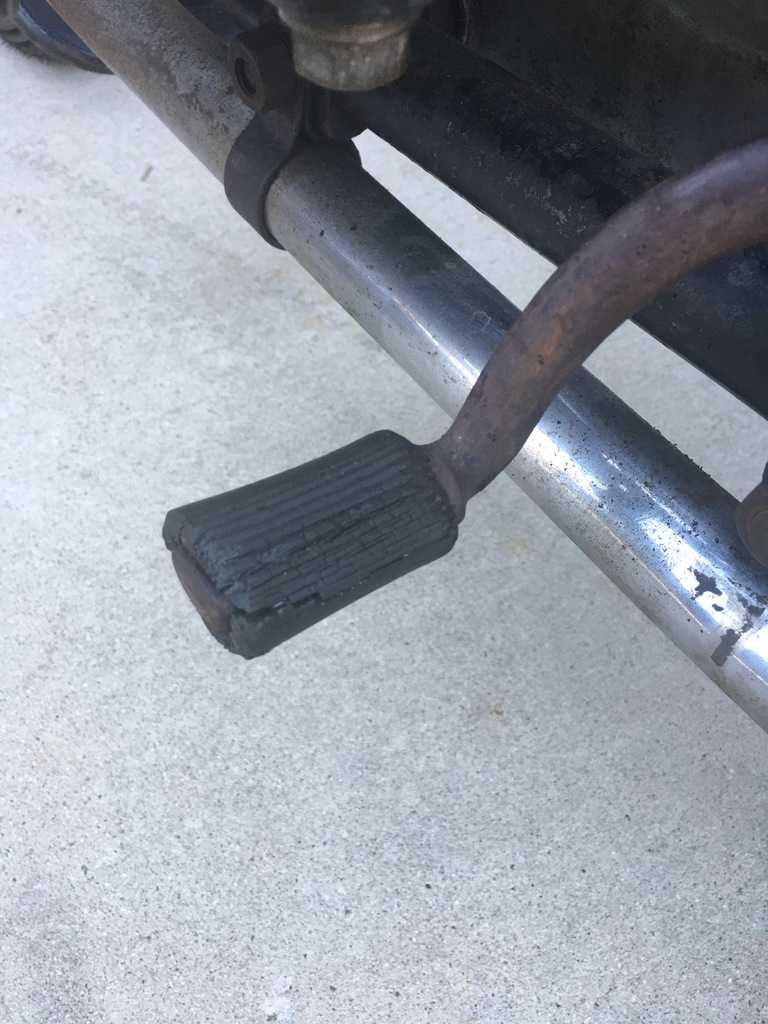 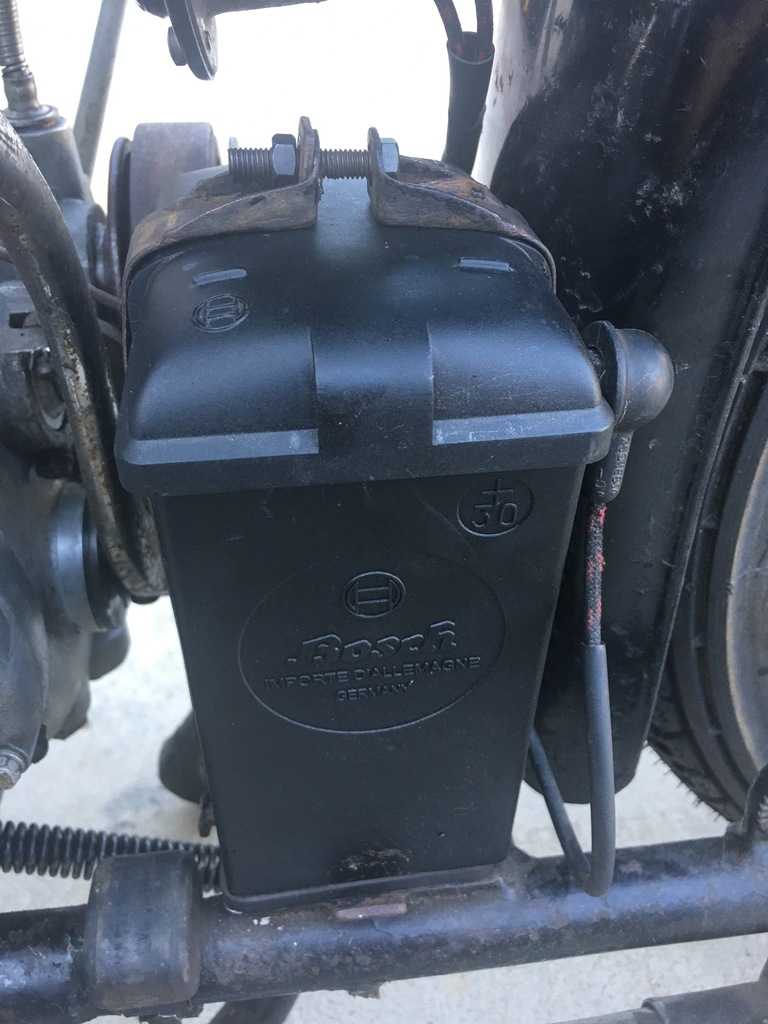 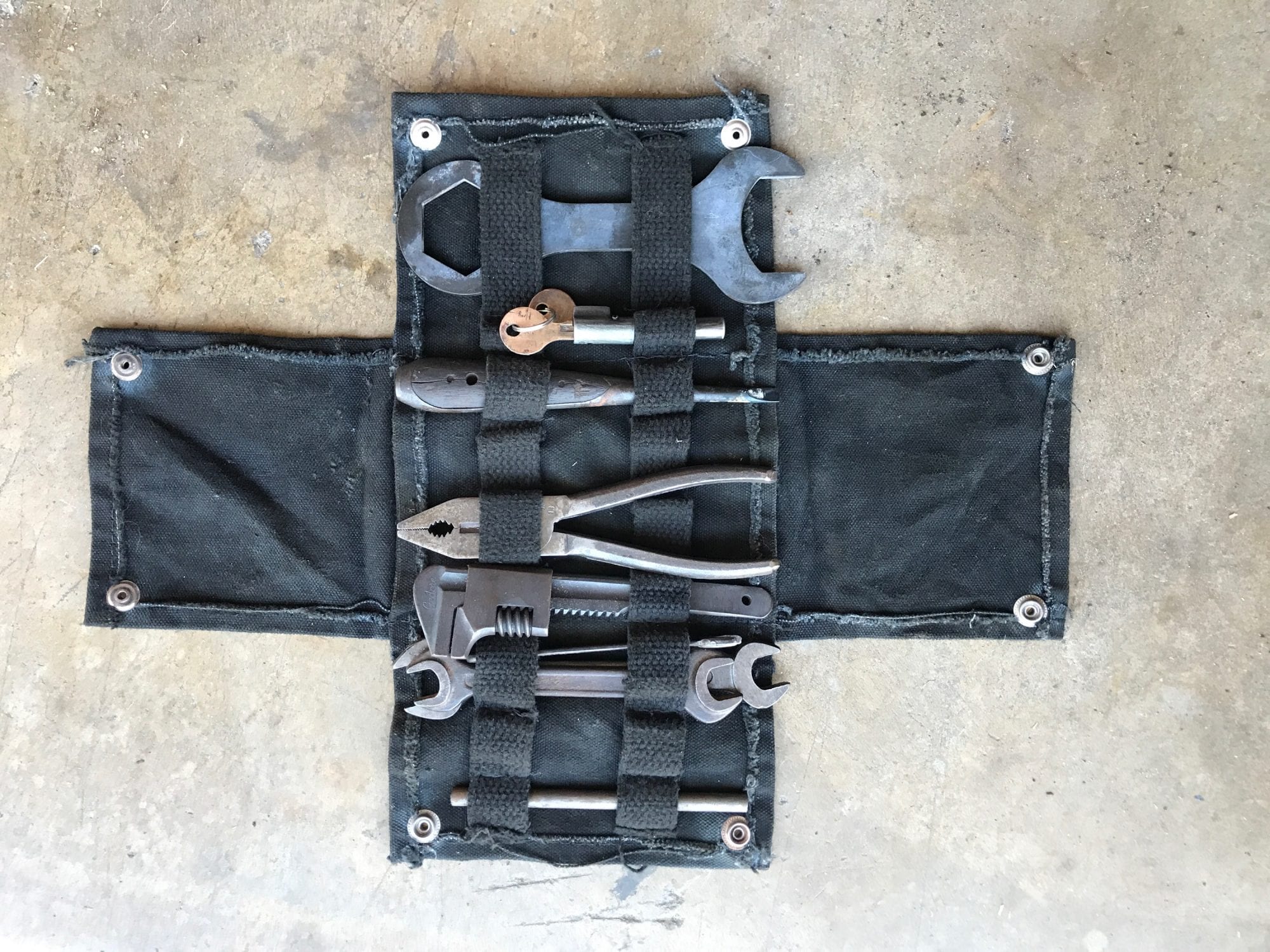 A fully intact and factory correct tool kit was sourced by Brian Schneider. It took dozens of hours to locate factory-correct wrenches. We exactly replicated the tool kit holder. 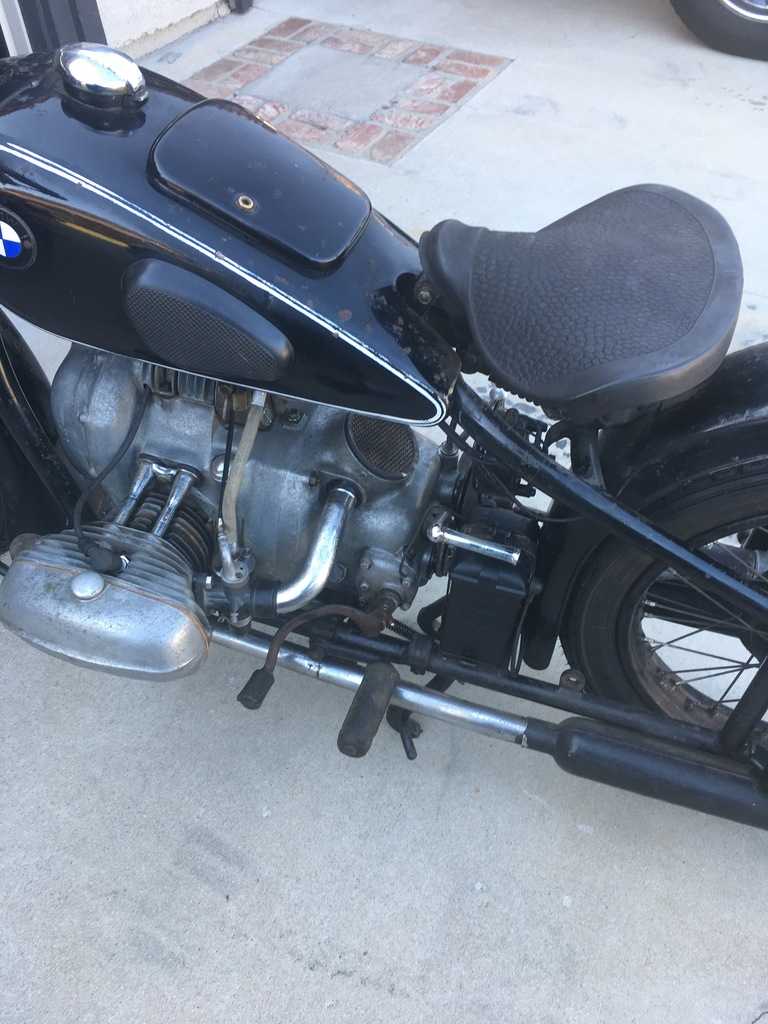 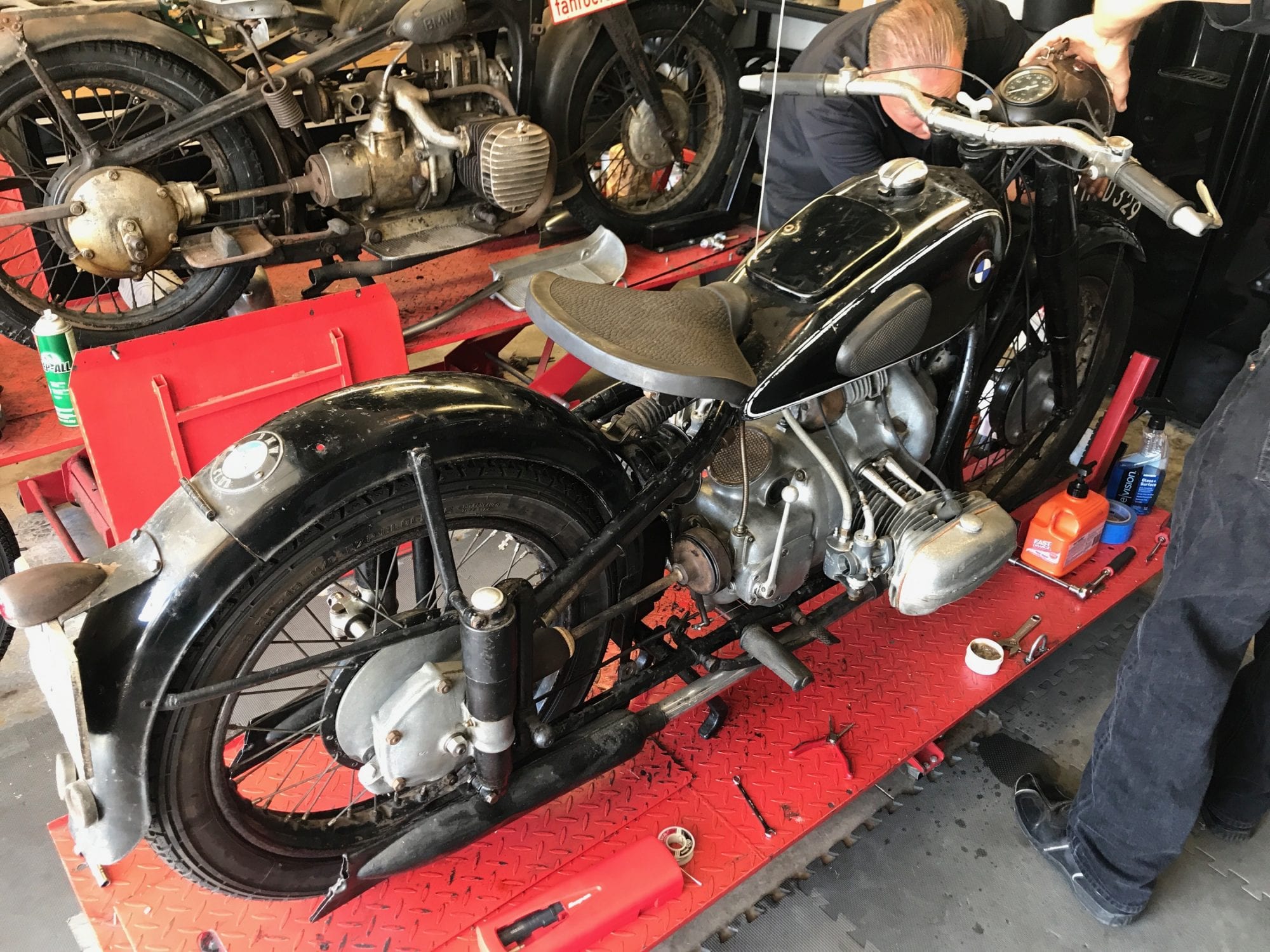 On the lift and ready to go…. 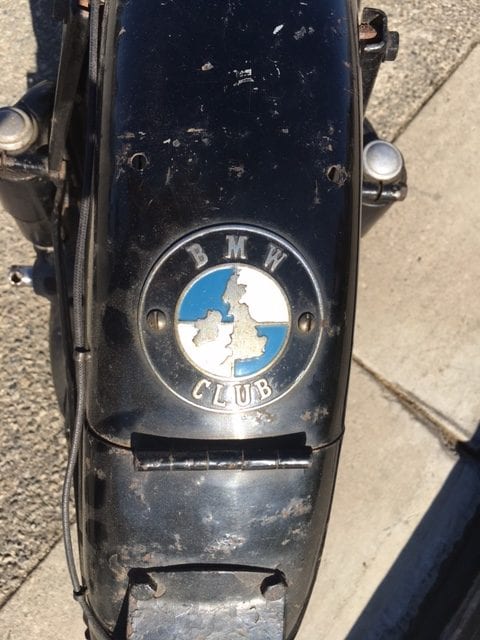 British BMW Club Roundel….we just could not bring ourselves to remove it! 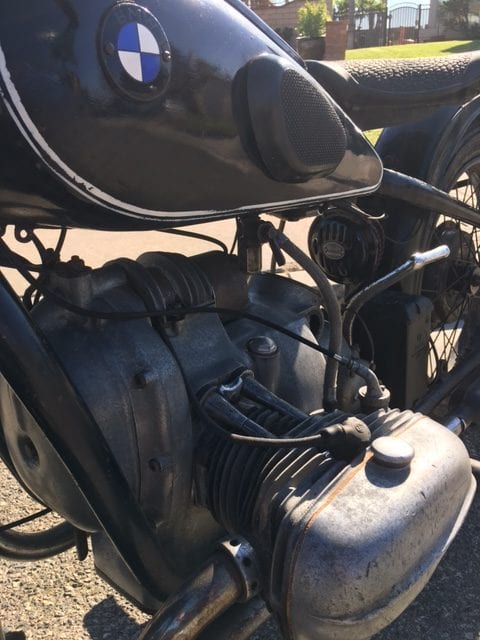 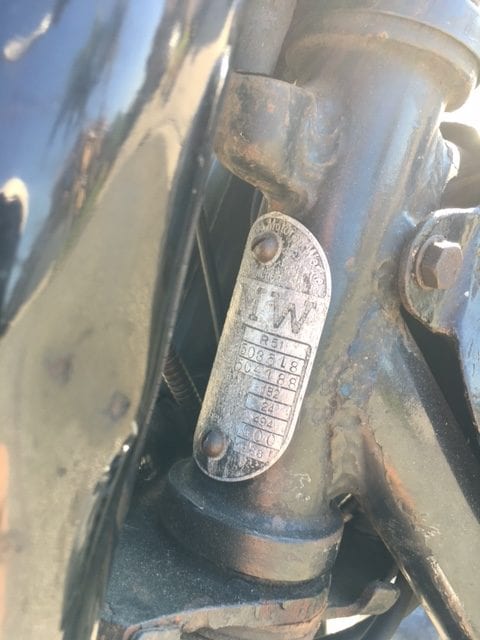 Beautiful original serial number plate. It has never been removed. 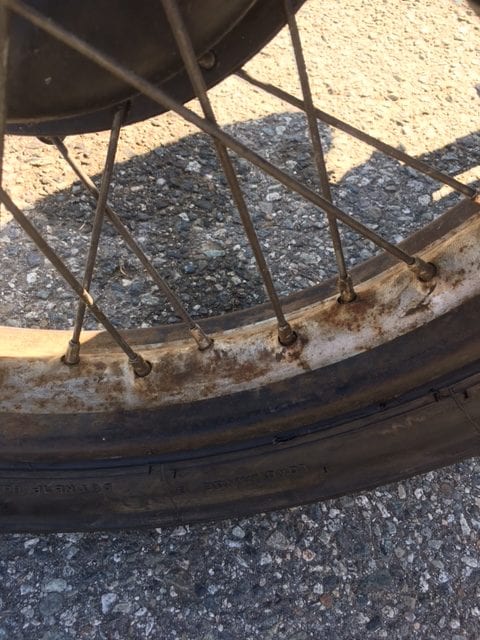 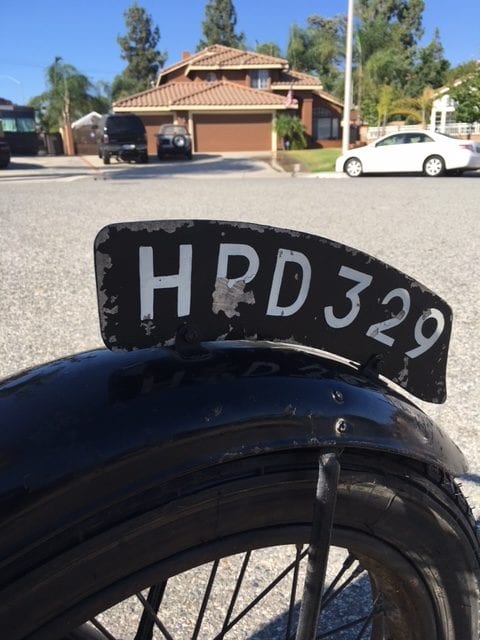 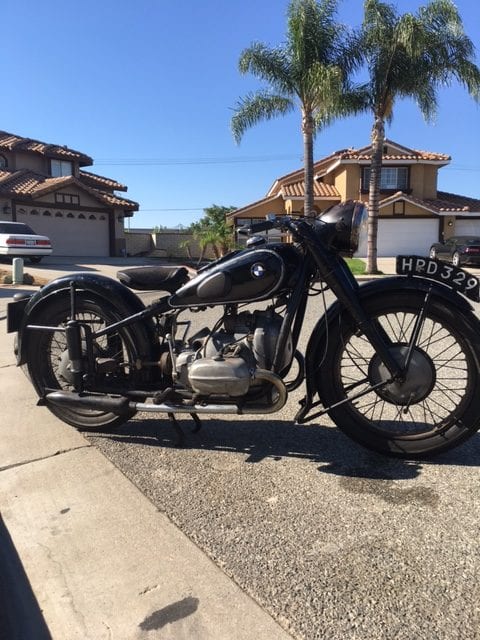 The finished R51 basking under the palms of Southern California!