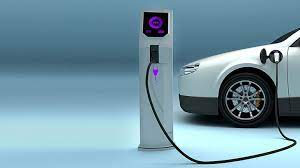 By Philip Richter on June 26, 2021 in Articles, Electric Cars

At Turtle Garage, we recently discovered the site Medium.com. Medium publishes some worthwhile articles that can be thought provoking and insightful. Medium covers broad topics such as self help, book recommendations, personal development, and how to create wealth —among many other topics.  A recent article caught my eye and thought it would be something worthwhile to share with TG readers. See the below article about living with an EV by Enrique Dans. Enrique is a Professor of Innovation at IE Business School, blogger, and Senior Contributor at Forbes. His positive insights are worth a skim as electrification of the automobile becomes a broader-based inevitable reality. Besides running some nerdy math on the benefits of an EV, Enrique talks about how battery performance has been better than expected. He also talks about how much fun it is to drive an EV given the power, experience, and acceleration. My recent test drive of the incredible Porsche Taycon 4S would corroborate his statements. The direct link to the article on Medium is here.

An article in The Next Web, “Here’s how to calculate the cost of driving an EV per km (or mile)”, got me thinking that it might be interesting, almost two years after I purchased my electric vehicle, to perform a few ‘napkin calculations’ to gauge the impact of my decision. I’m not trying to convince anyone to follow my lead (although I’m pretty sure the world would be a better place if more people thought about it).

The first thing I’ve noticed is that, compared to the numbers in the article, my vehicle is significantly more efficient than the average it quotes. In the image, a graphs of its consumption, an average of 184 Wh/km. When I bought the car, I changed my electricity tariff to an hourly rate. The vehicle is always charged at night, and the rate I pay per kWh is 0.099387 euros. This means that my cost per hundred kilometers is 1.83 euros, that is, less than two cents (0.018) per kilometer. But of the 21,372 km the vehicle has now traveled, a certain amount corresponds to trips where the recharges used the brand’s free superchargers, so the real cost would have been somewhat lower (specifically, I have consumed 2,544km in superchargers). If I ignore this factor, which was part of a promotion the brand was making at the time of purchase, the cost of all the kilometers traveled with my vehicle in its almost two years of life is about 391€. If I include in the calculation the savings for the superchargers, it would be 344€.

How much would I have spent if my vehicle were a gasoline-powered vehicle? Assuming an average fuel price in Spain of about 1.364€/l and a reasonable consumption of about seven liters per hundred kilometers (mixed urban cycle for a vehicle of these characteristics), the cost per hundred kilometers would have been around 9.55€, that is, almost ten cents per kilometer. The 21,372km that I have covered with my car would have cost me about 2,041€. In fuel, so far, I have saved about €1,696, as well as the annoyance of having to spend time in gas stations approximately once a week.

Other factors: in two years, I would have had my vehicle serviced at least once with an oil change, brake fluid, etc. I don’t know whether my experience was typical, but services for a vehicle of the range of my current one were expensive. In addition, I would have paid about €130 in road tax, which my city has reduced by 75% (link in Spanish) for being an electric vehicle.

In more than 20,000, with a few 500 km trips each way to northern Spain and some conferences in other parts of the country (far less than usual due to the pandemic), not only have I never had any problem when it comes to planning the route, but my recharges have often taken less than half an hour, many of them while I was taking a break. Range anxiety? I’ve never experienced it. You tell the vehicle where you’re going, and it calculates the stops and times for you, with no further need for planning. In all honesty, I have had more of a feeling of being stranded when I had a gasoline vehicle (either because I wanted a particular brand of gasoline, or because I didn’t want to stray too far from the motorway) than with my EV. When I’m not going on a trip, I simply leave my house every morning with the vehicle fully charged with a range of several hundred kilometers. No worries. I looked more at the tank needle when I had a gasoline vehicle than the kilometers I have left on this one. What’s more, in most cities in Spain I can park anywhere for free, as well as use the high-occupancy vehicle lane.

Was it worth buying an EV? Definitely. Not just for the satisfaction of not emitting smoke, but also for the acceleration, the performance, the fun of driving such a vehicle (which is unlike any I’ve driven before, better even than my experience trying out the car of my dreams as a child, the Porsche 911), and which is also a very relaxed drive: it’s possible to make a trip almost entirely in autopilot taking control for less than 15 or 20 minutes in total so that I arrive at my destination rested. For a professor who teaches innovation and wants to understand how we will live in the future, the experience has been worth its weight in gold.

Philip Richter is President and co-founder of New-York-City-based Hollow Brook Wealth Management, LLC. The Turtle Garage Blog, he says, is dedicated to his "love of excessive personal transportation."
View all posts by Philip Richter →
And the Best Modern Classic M BMW is?????
Monterey Car Week is Upon Us: Start Your Engines!

5 Responses to Living with an Electric Car