By Philip Richter on March 20, 2017 in Autonomous Driving, Cars, News

“A meteor is coming to the real estate industry that will fundamentally alter the location, value, and form of every real estate asset class.” 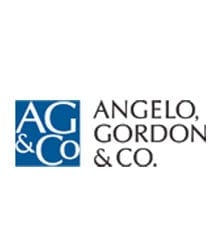 Last week I attended the annual Angelo Gordon investor conference. My firm, Hollow Brook Wealth Management, has been investors with Angelo Gordon for well over a decade. Each year I look forward to participating in their annual conference because it is full of insights and thoughtful commentary. This year was no exception, and to my surprise, the topic of the driverless car took center stage. As regular readers of Turtle Garage know, I am fascinated by the concept and evolution of autonomous vehicles. Because I am a hardcore auto enthusiast, I am conflicted over the emergence of the driverless car. What is the Ultimate Driving Machine without a driver? But my intellectual side (and the investor in me) finds something intriguing about the possibility that in the future cars will no longer require human drivers. The implications are profound and could eventually impact many facets of our lives. Furthermore, the investing implications of this mega-trend may prove revolutionary (and profitable) over the coming decades. Autonomous vehicles may also save lives. I envision an ultimate scenario where autonomous cars take an adoption route similar to how digital photography eventually replaced emulsion film. Die hard film users eventually had no choice but to yield to digital photography. Image quality improved and costs radically declined. At the same time, the Internet evolved, and high-speed wireless networks became ubiquitous. Today the iPhone has a ten-megapixel camera that can send crisp photographs instantly across the globe. The autonomous car may well represent the ultimate disruptive technology.

Angelo Gordon is a global alternative investment management firm that has over $26 billion of assets under management. The firm has deep expertise in equity, credit, direct lending, and real estate. The conference covered a wide array of investing topics, and the speakers were all experts in their respective fields. Brendan Wallace of Fifth Wall did not discuss distressed debt, global macroeconomic trends or the non-bank lending business. Instead, he talked about the driverless car and how it is poised to become the biggest social and economic change agent of our generation. His message: The timetable is anything but clear, but the autonomous vehicle is coming, and it will have a tremendous impact on the real estate market—and many other major markets.

“Autonomous vehicle commercialization will create/destroy more value in the real estate industry than it will in the automobile industry itself. “

Brendan commanded the attention of the audience when he proclaimed that a meteor is headed towards the real estate industry. Over the last one hundred years, transportation has defined American real estate. Robert Moses pioneered the “automotive city” and was responsible for the creation of many bridges and parkways that came to define almost every aspect of America and real estate development itself. The automobile shaped the location of asset classes and has been a major factor in how properties are valued. Modern streets, freeways and urban sprawl are all a byproduct of the automobile. The car is an integral part of the fabric that ties together the global real estate market. If you stop and think about it, the automobile has defined the way we live in the modern world.

How far are we from a safe and reliable consumer or industrial driverless car? We already have some high-end cars on the market that partially drive themselves. The Tesla Model S has Autopilot, and the new Mercedes-Benz S550 has several semi-autonomous features. Brendan aggressively forecasts that given Moore’s Law, the technology for a fully driverless car is only five years away. Ironically, technology may not be the key determining factor that brings the autonomous vehicle to the mass market. Other material headwinds facing autonomous vehicles are regulatory resistance, consumer adoption, and network security. Brendan argues that as the costs come down and technology improves regulators will likely be forced to act. Regulation often has a material impact on consumer habits. Brendan believes that by 2025 we are going to see practical autonomous vehicles. Real estate values may begin to discount the autonomous car well ahead of 2025. Investors today are confused or simply ignorant about driverless cars. Forward-thinking investors are contemplating the short, medium and long-term impact this mega-trend could have on their portfolios. An example of how capital markets are discounting the driverless car can be seen in Intel’s recent $14 billion acquisition of Israel’s Mobieye. Manufacturers are also getting into the game. Uber has already partnered up with Mercedes-Benz and Lyft has a deal with General Motors. Both deals have the goal of making the autonomous car a reality as soon as possible.

The autonomous car will have a major impact on how we commute, how we live, how we work, and how we travel. Retail will be dramatically impacted. There are more questions than answers.

Cars are highly inefficient assets that sit unutilized most of the day. Automobiles are expensive to own. Maintenance, fuel, insurance, and parking all adds up.Transportation as a service makes a ton of sense when you think about the total cost of ownership of an automobile. Some modeling exercises put automotive mobility services at a $100 trillion dollar opportunity. Some firms estimate that current cost per mile for conventional cars is around $1 and could go as low as $.25 in the driverless scenario. The absence of a driver combined with far greater traffic efficiency (less fuel usage) and a shared “car as a service” model helps dramatically bring costs down by spreading expenses over many more users.

POSSIBLE FUTURE OUTCOMES FOR THE CONSUMER:

“How many of you own an elevator?”

So what is the bottom line? The issues and questions around autonomous vehicles are complex and definitive answers are unknowable at the present time. Answers will come into better focus when we start seeing how quickly autonomous vehicles are adopted and how smoothly they are integrated into the existing traffic system. Consumer behavior, information security, and the regulatory environment will all impact adoption rates. The next two decades just might prove to be the most interesting period in the history of the automobile industry!

You can see Brendan’s entire presentation below (reprinted with permission): 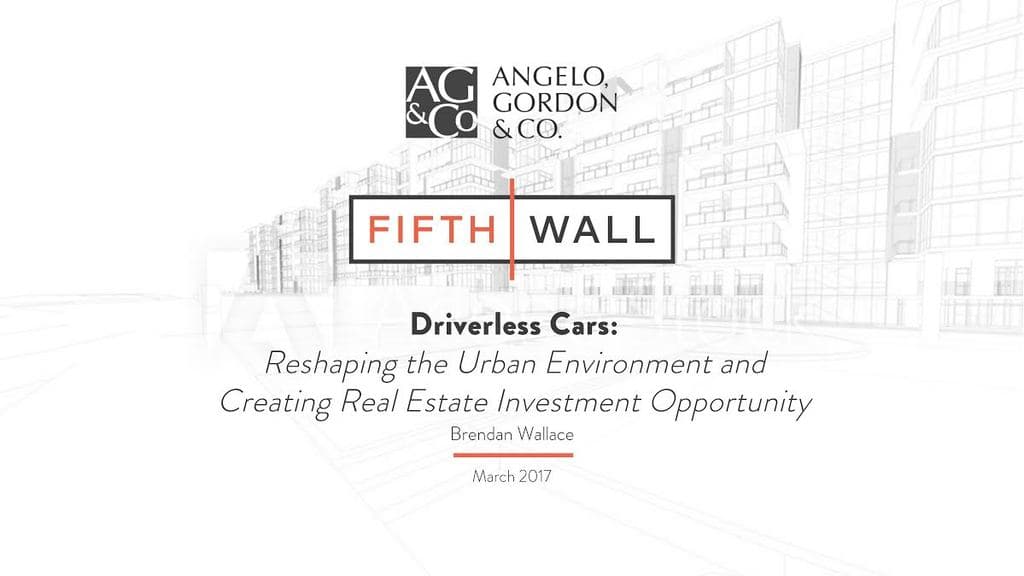 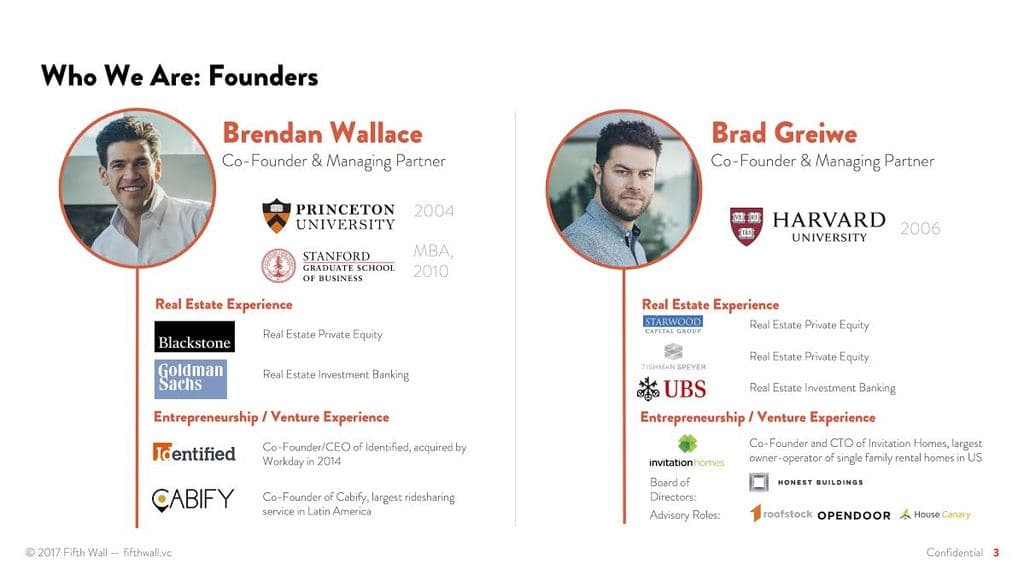 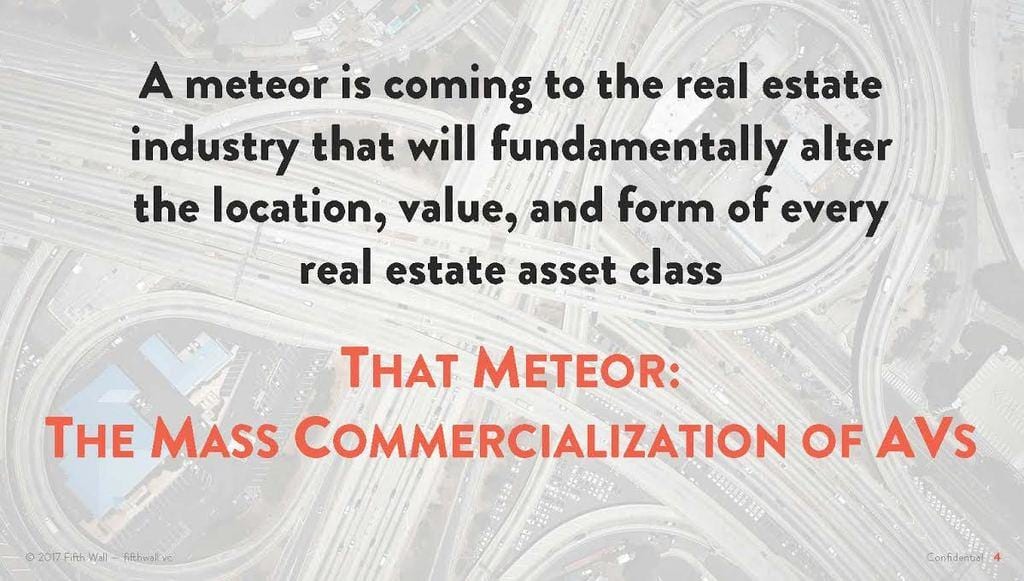 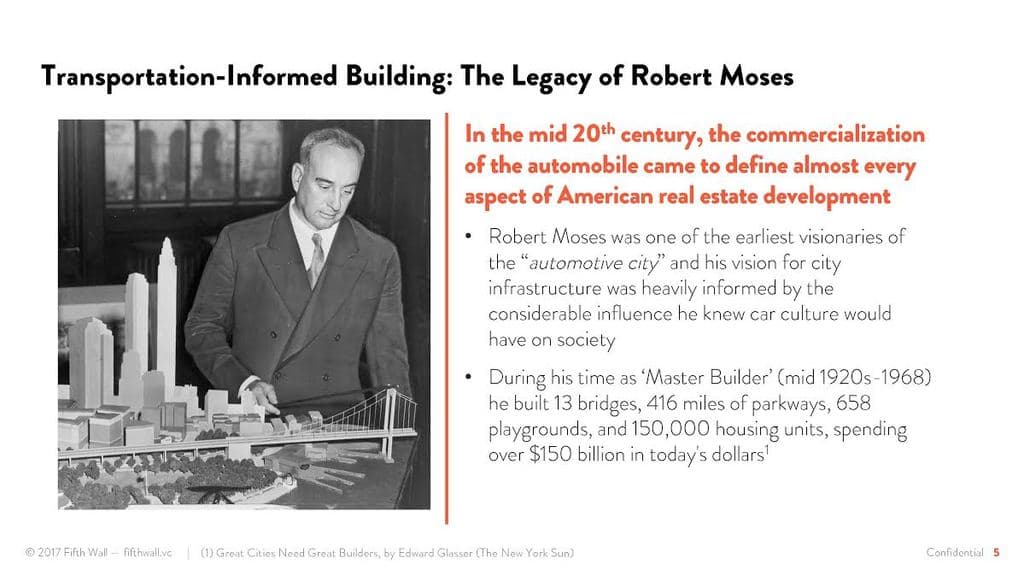 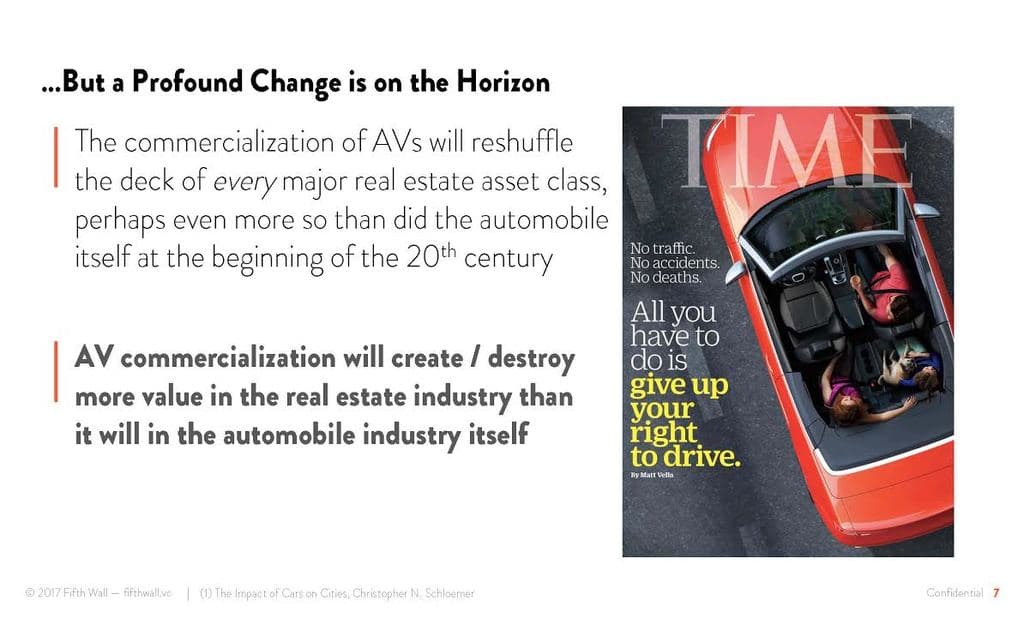 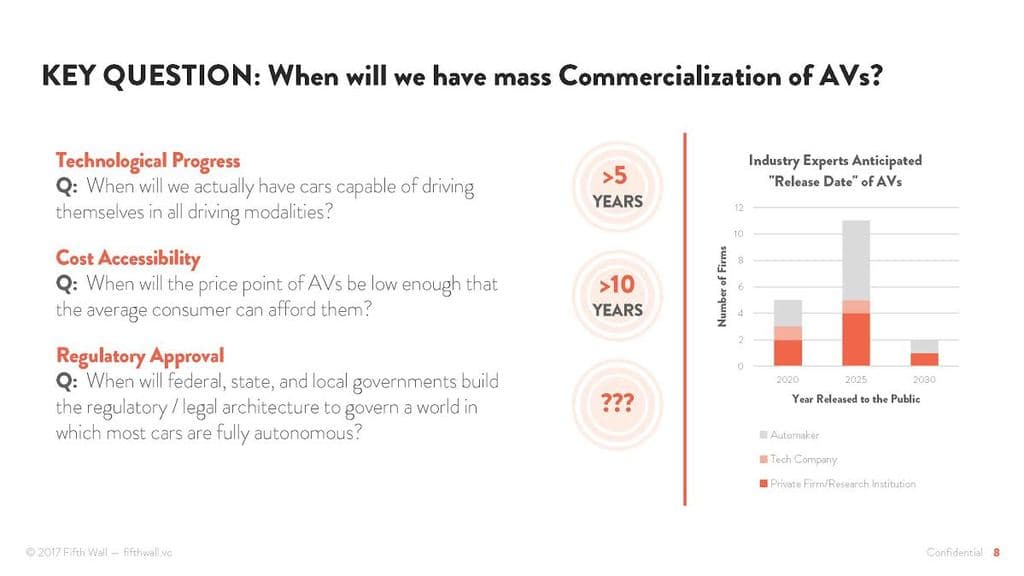 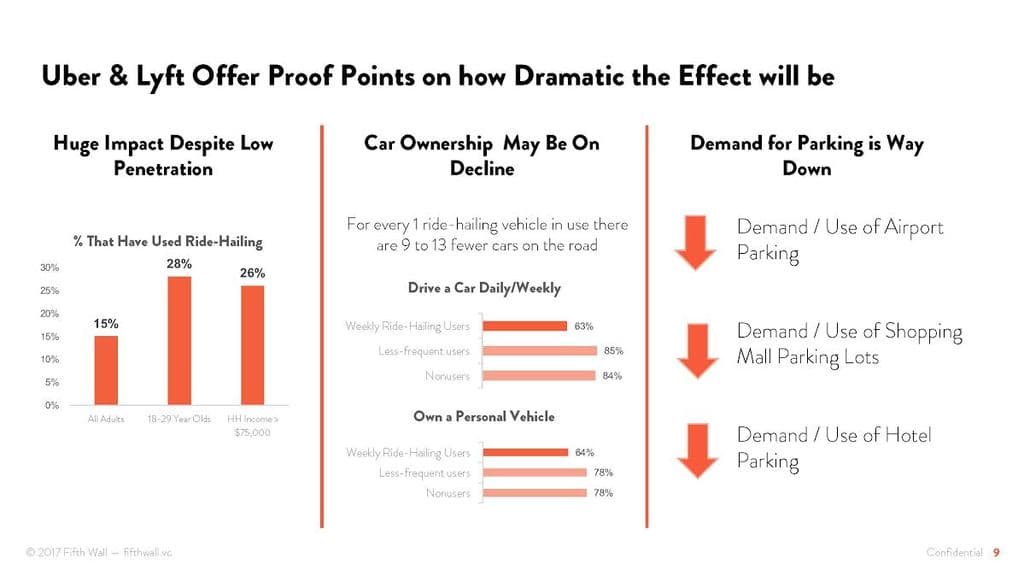 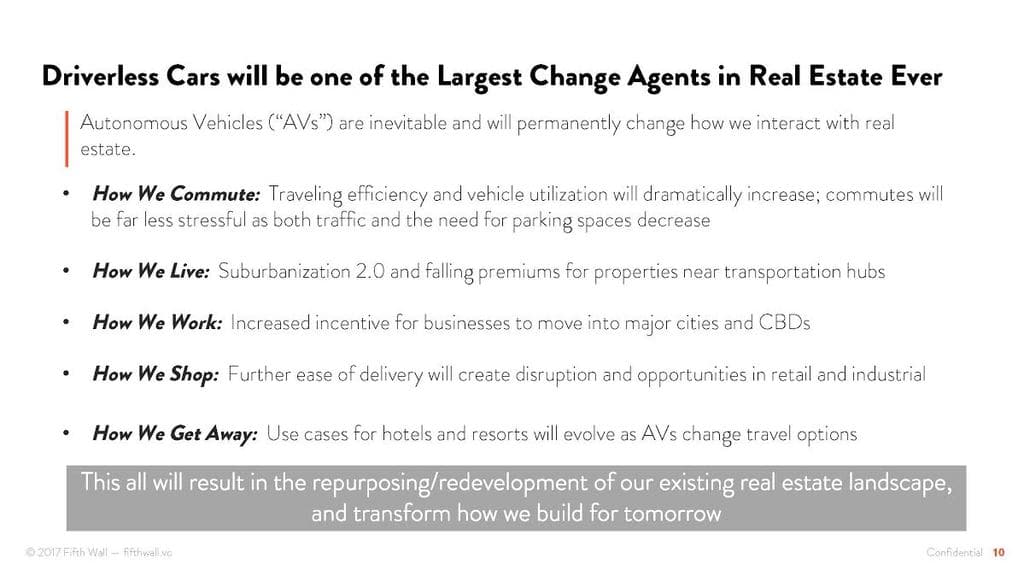 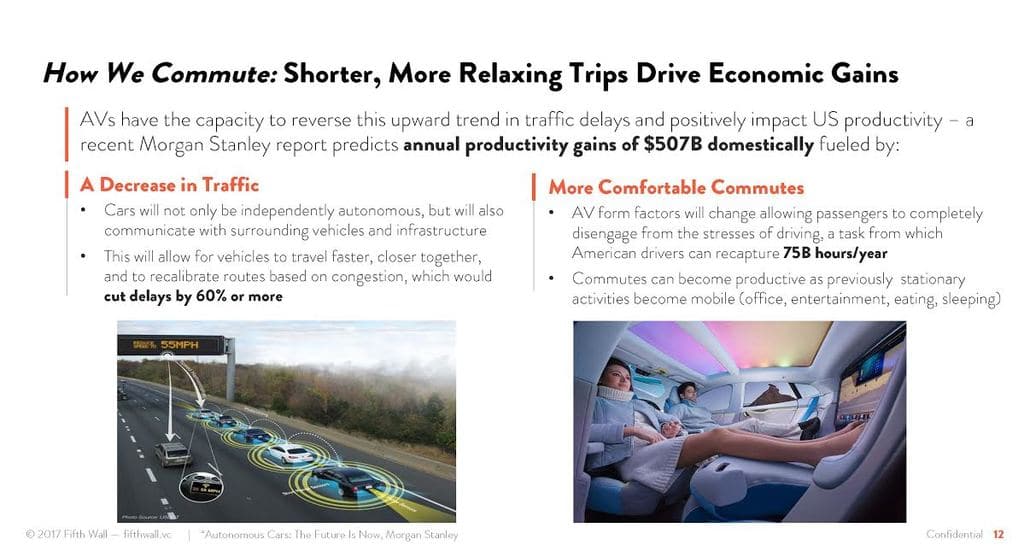 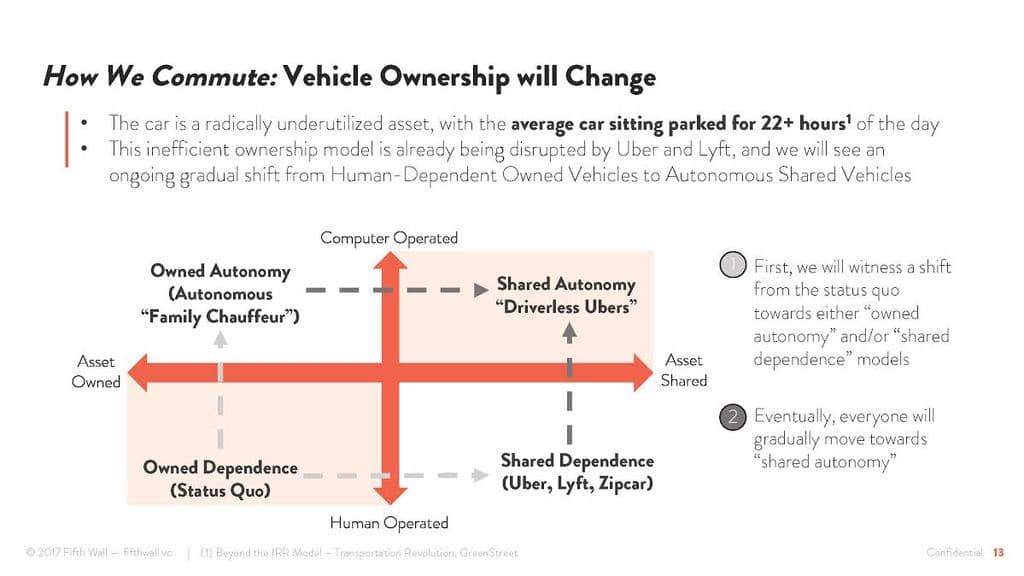 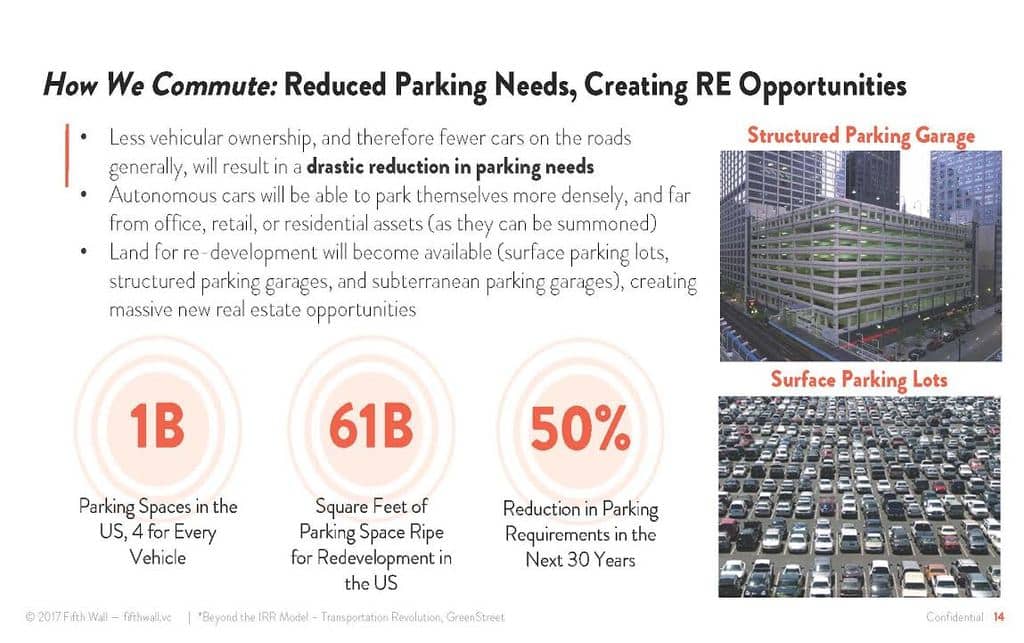 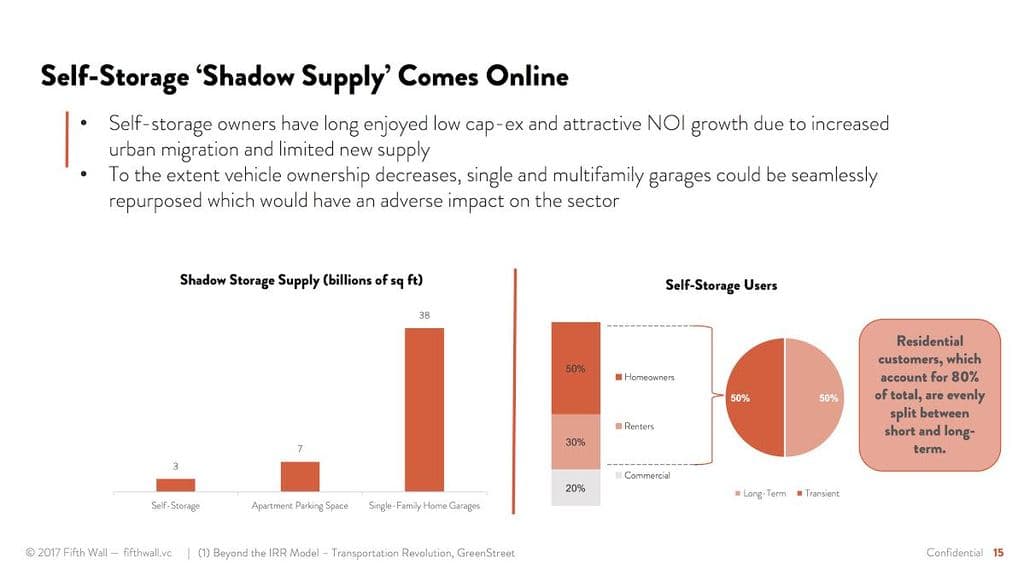 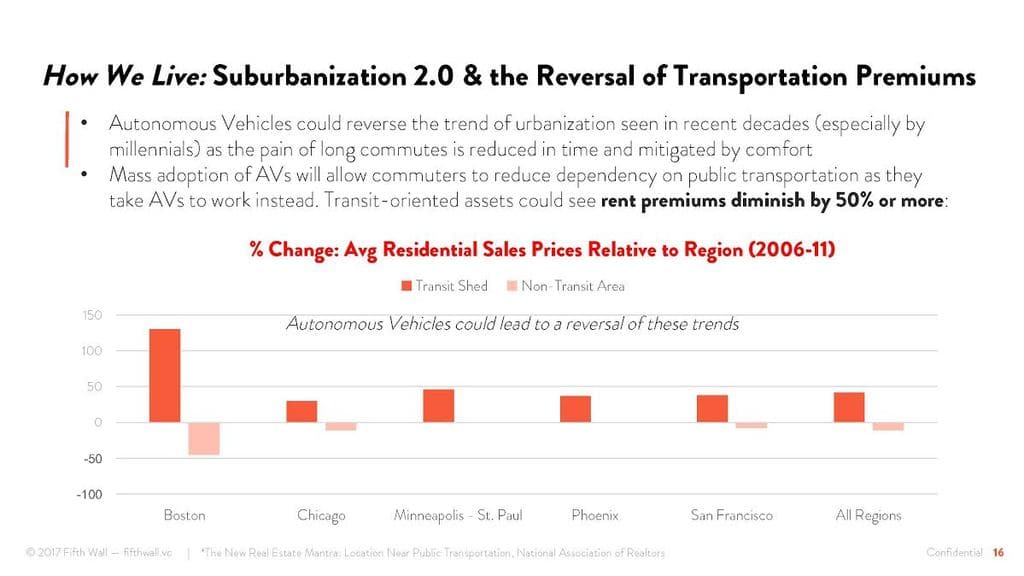 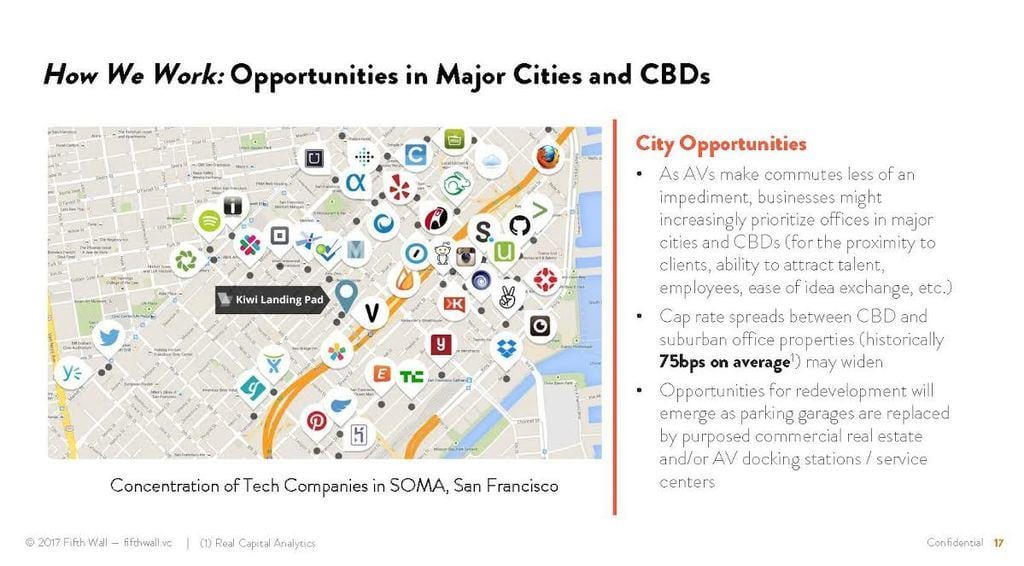 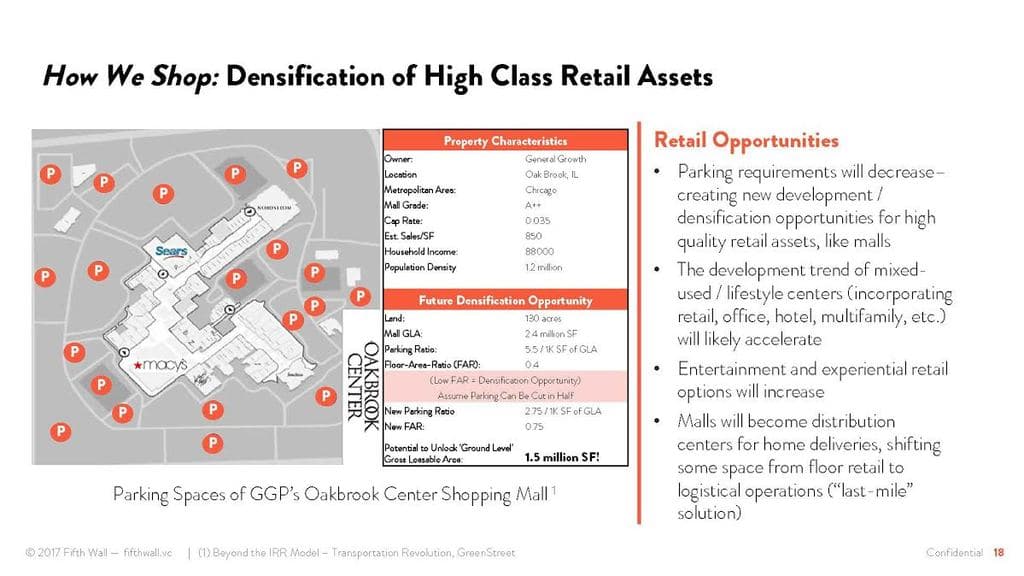 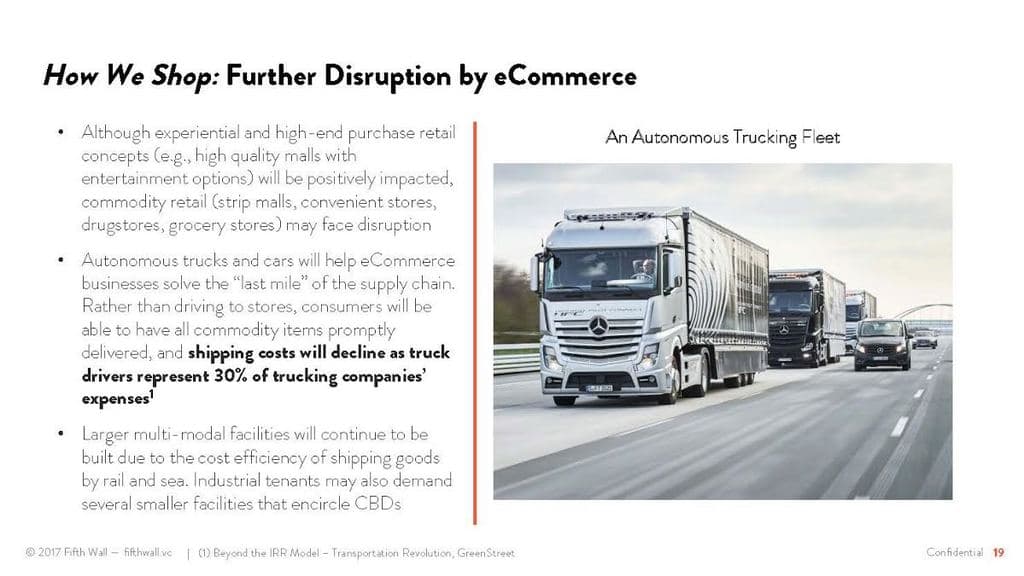 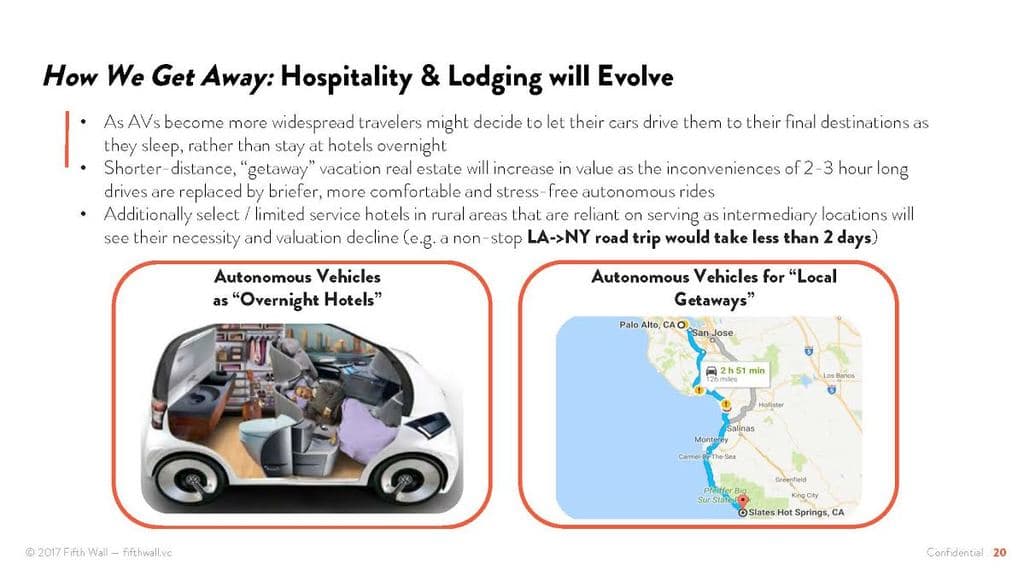 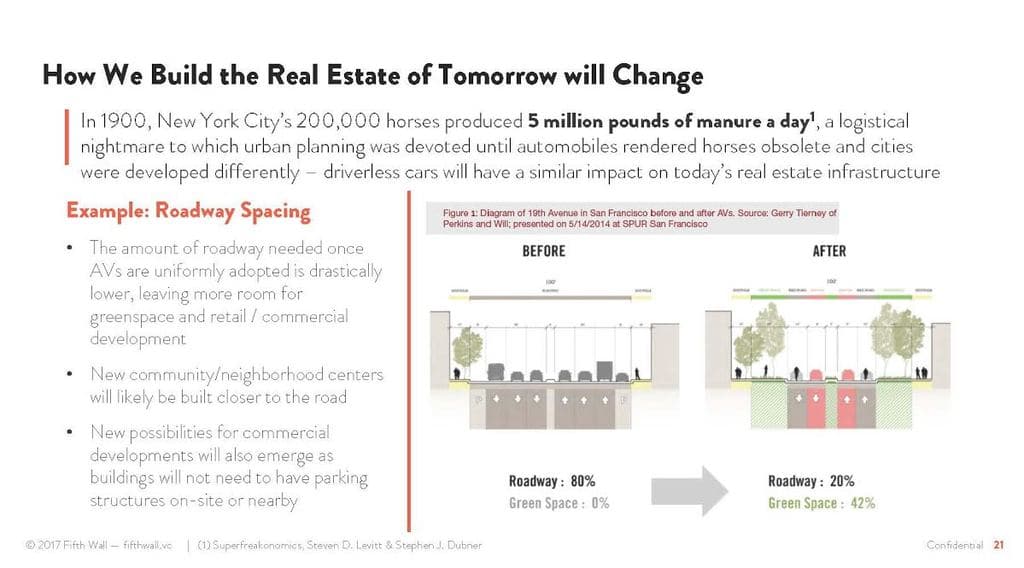 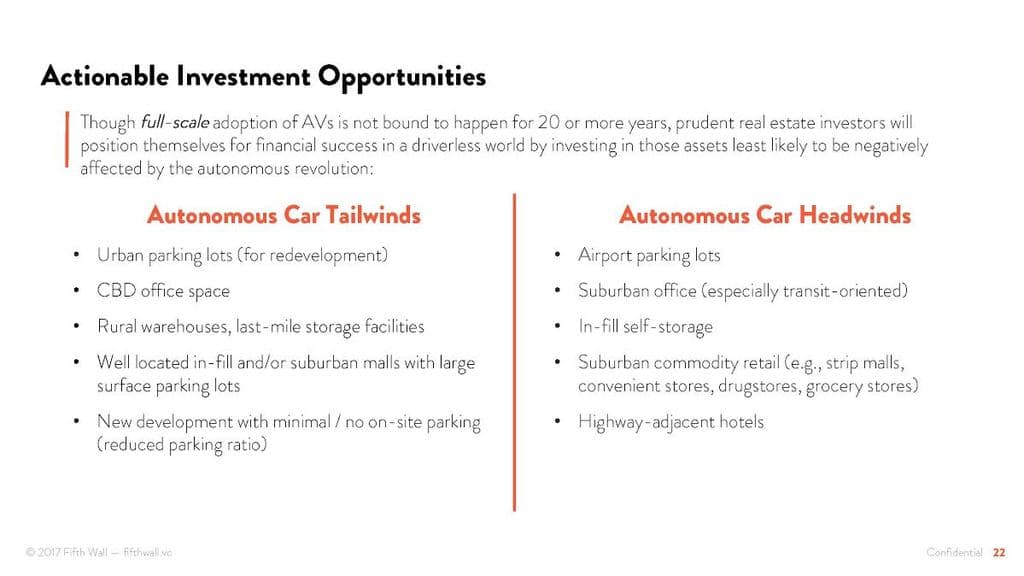 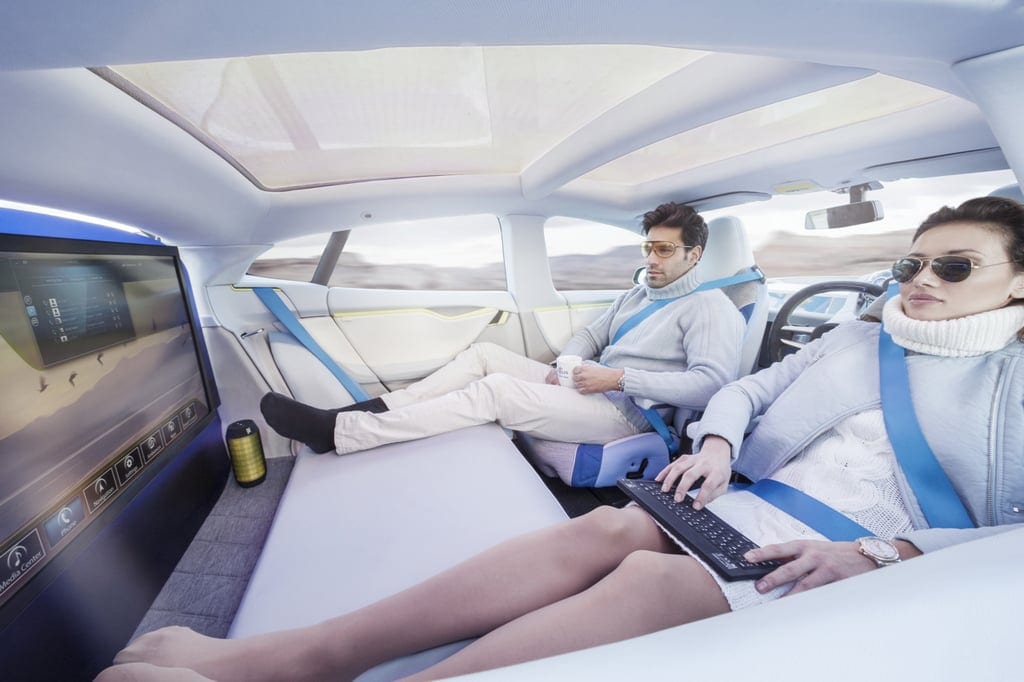 The autonomous car of the future will be very different from what we are used to…. 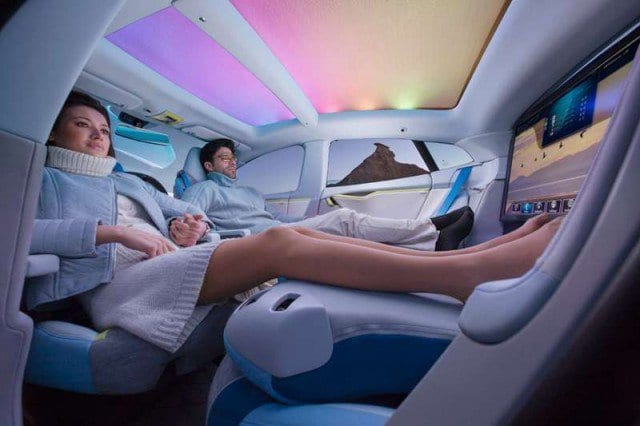 Design will be all about comfort and leisure. 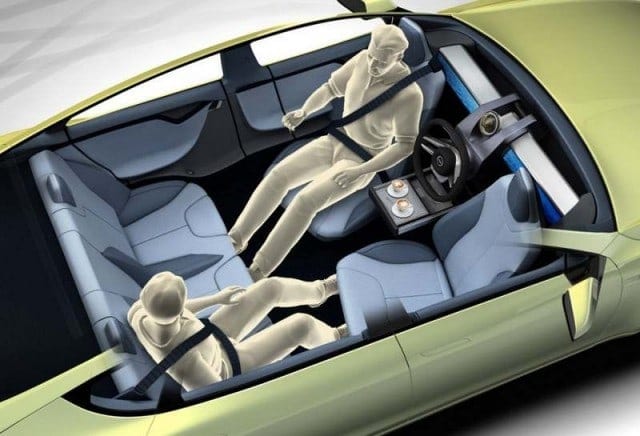 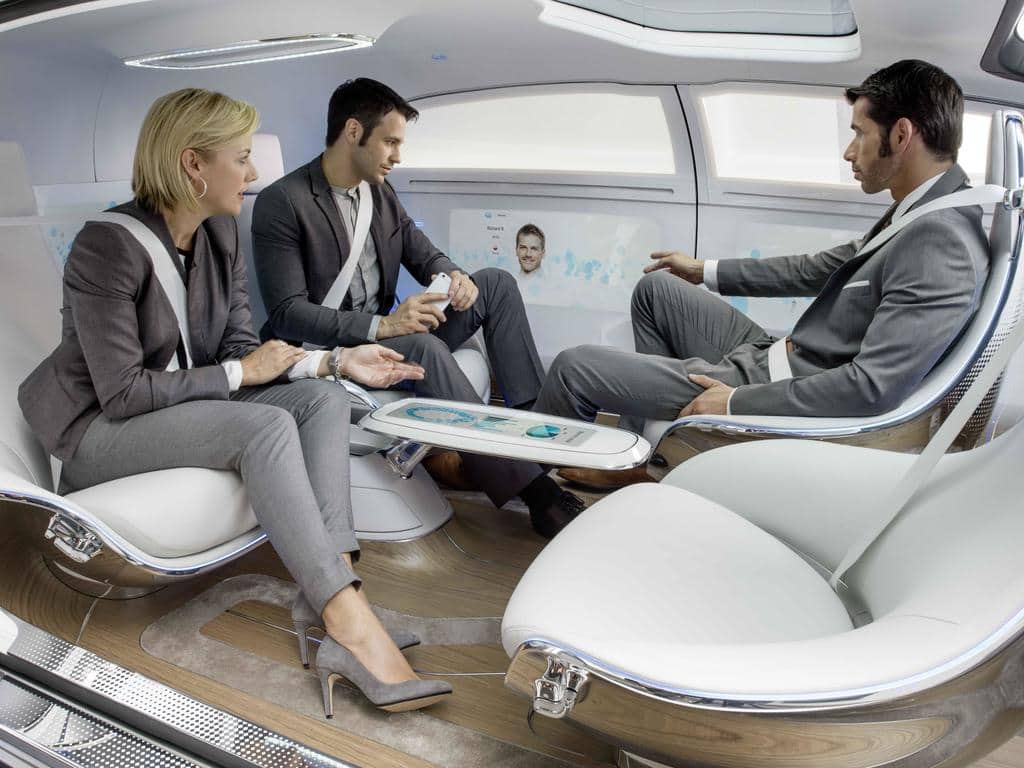 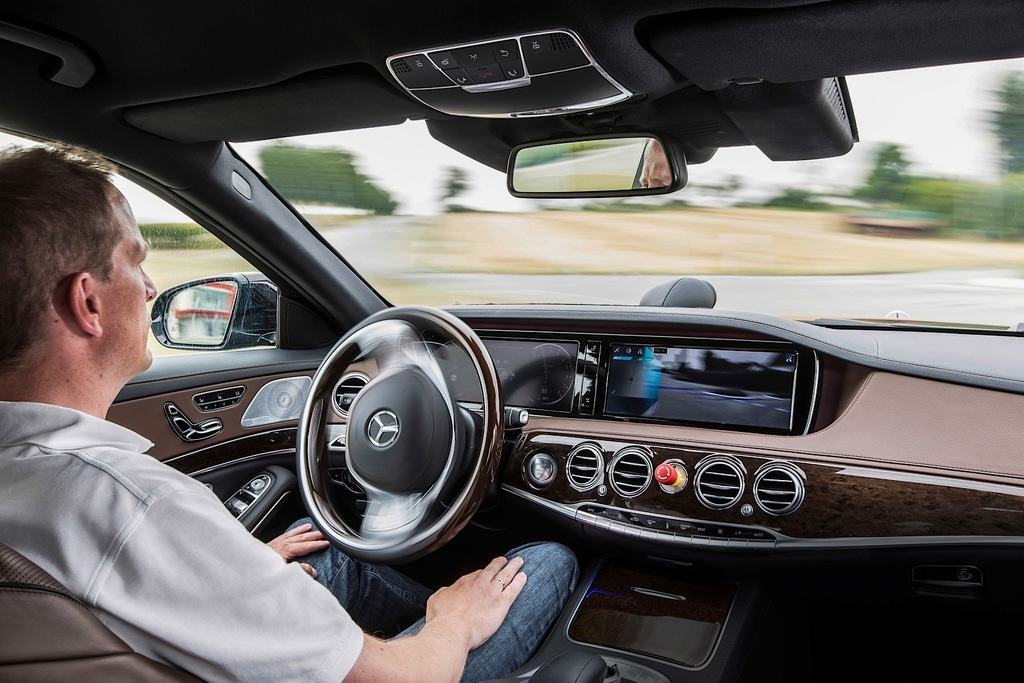 The Mercedes-Benz S 550 with INTELLIGENT DRIVE. It can autonomously drive through country roads and inner-city traffic….today.

Philip Richter is President and co-founder of New-York-City-based Hollow Brook Wealth Management, LLC. The Turtle Garage Blog, he says, is dedicated to his "love of excessive personal transportation."
View all posts by Philip Richter →
Automobile Deaths on the Rise as Intel Buys Mobileye
Revs Institute Day 2: Research, Restoration, and Recreation