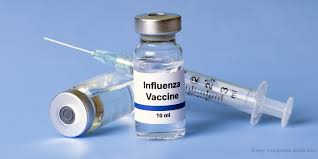 By Philip Richter on April 20, 2020 in Auctions, Cars, Coronavirus

While the new car market is suffering its worst period in the post-war era, certain areas of the collector car market are on fire. We have been carefully following recent auctions results, and the outcomes are stunning. Over the last few weeks, modern classics have realized impressive prices. Beyond the high-profile public sales, our insider sources tell us that some very high-dollar vintage race cars and pre-war classics have also changed hands in the private markets over the last few weeks. The collector car market seems to have immunity from Covid19. (Image courtesy of medical economics.com)

Over the last few weeks, two particular auction results caught our eye and are representative of many other recent results we have followed. The first is an investment-grade 1986 Porsche 928S that sold at RM’s online-only Palm Beach auction. This car had color on its side and appeared to be a legitimate sub-6,000 mile immaculate specimen. The other vehicle we noticed was a 2009 SL65 Black Series Mercedes-Benz that sold on Bring a Trailer for $185,000. The 928 was an authentic investment-grade piece while the SL65 had over 10,000 miles—a lot for this rare and desirable vehicle. With three prior owners, this ultra-low production SL65 Black Series has had two too many previous owners. This fact, combined with high mileage, did not stop a spirited auction with a robust outcome during a global pandemic. Either way, both of these outcomes were stunning, given the staggering number of unemployment claims in this depression-like market. 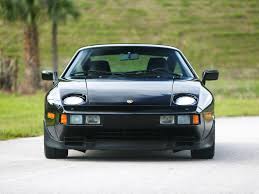 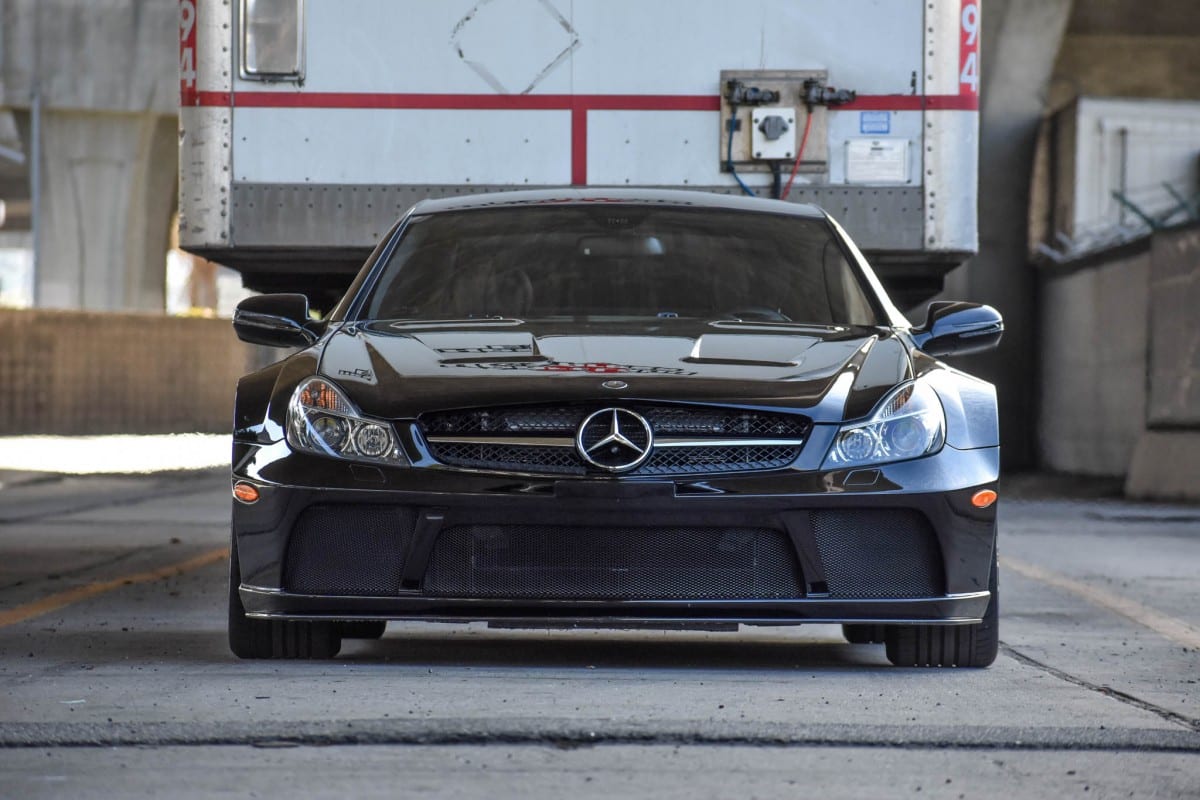 In a very unusual move, this week Bring a Trailer publicly posted the following stats about their web traffic:

Clearly, BaT’s audience is exploding. Not only is their audience watching auctions, but they are bidding too! We are seeing similar trends here at Turtle Garage as our subscriber base has grown dramatically over the last six weeks. Our overall reader statistics are trending very solidly north. Quite simply, under “shelter in place” we all simply have a lot more time to burn. Perhaps the simple reason for the resilient market and strong growth of BaT and TG is that collector cars simply evoke positive feelings of happiness and these cars bring us together. Most car collectors derive as much happiness from camaraderie as they do from the cars themselves.

The following article from Bloomberg is a well-written summary of the current trends within the collector car market. Longtime friends of Turtle Garage David Gooding and Steve Serio are featured prominently in the article below.

While Used Cars Pile Up in Lots, the Classics Are Busy Changing Hands

Auto prices across the board have fallen 10% in recent weeks, according to Manheim, which is owned by Cox Automotive. Used-car sales in March fell 64%. Manufacturers have postponed important debuts and switched factory production lines over to making medical equipment: In Detroit, General Motors is making ventilators instead of Escalades; in Sant’Agata Bolognese, Lamborghini is hand-stitching facial masks instead of Huracans.

Meanwhile, McLaren and others have preemptively pulled out of the Pebble Beach Concours d’Elegance, the site of the year’s most important luxury car debuts. (Event organizers have yet to officially cancel the annual concours.)

Classic car collecting has seen its share of upheaval, too: Aside from Pebble Beach, every prestigious car event has been cancelled or pushed, including the annual and epic Goodwood Festivals, the Greenwich Concours, and Gooding & Co.’s “Passion of a Lifetime” auction, which had been expected to cull the most money for a single lot of cars in history. Barrett-Jackson’s big Florida auctions will now be held on Oct. 15-17; Mecum’s mass Indianapolis sales have been rescheduled for June.

But while Covid-19 wreaks havoc elsewhere, quiet winners are emerging in the classic car market. In the new world order of cars, auction houses, brokers, and enthusiasts are stepping forward, often comfortably so.

“Great cars many times change hands quietly between serious collectors, and rarely do these folks panic or liquidate collectibles that will make them happy when doomsday passes,” says Steve Serio, who specializes in finding and procuring expensive classics for high-net-worth clients. “A handful of big cars have changed hands over the last few weeks, very quietly. A few were inspected prior to lockdown, and the triggers have been pulled. These buyers and sellers remain serious.”

David Gooding can attest to that.

The Gooding & Co. founder and president says he has closed multiple private sales of several extremely high-dollar cars that he hadn’t expected to sell at all. The auction house has done more and better private sales in the last few weeks than it would have during any typical springtime, including one private transaction that would amount to a world-record price for that type of prewar vehicle. The sale happened privately, it’s presumed, since no public auctions were happening anyway.

“There are some great cars that are available now that wouldn’t otherwise be—and the prices we have gotten for some them are actually robust,” says Gooding, speaking by phone from his home in Santa Monica, Calif. “There is a lot of pent-up demand.”

He noted that shifting priorities among collectors—some downsizing from cars that don’t matter as much as they used to, while others are purchasing cars that, they realize, matter to them more than ever—has created a dynamic, even exciting new playing field eagerly being navigated by discerning collectors.

“It’s not quite as simple as people are desperate or need money. But sometimes, people may decide: ‘I want to sell something now because I see a different opportunity, even in the stock market or real estate,’” Gooding says.

“For those of us who love cars, who truly love cars, this has really created a yearning for all of us to go back to our roots. We are looking forward to having the spare time and freedom to go out and drive and hang with our car buddies. It’s something we are really looking forward to doing, and for a lot of us, a car is a big part of that.”

Call it the YOLO approach: You might as well buy that thing you’ve always wanted. After all, you only live once.

It certainly applied to a Lancia Delta S4 that belonged—until this week—to British artist friend of mine.  He hadn’t intended to sell such an expensive, rare Italian car during this volatile time. But when someone inquired through Instagram and made a rather decadent offer—the buyer had wanted to own a Lancia for years and figured it might be now or never—Mr. Brit, who is press shy and on lockdown in New York’s Hamptons, accepted. He had already set his eye on owning something else that he had put off; the Lancia sale gives him the cash to do so.

Meanwhile, across the country in Los Angeles, my neighbor is chasing an older Lotus Evora from a seller in Texas, just to have something “fun to drive” while he stays isolated, awaiting delayed delivery of a Porsche Cayman GT4. His black Ferrari sits undriven in our shared parking lot: “You can’t eat filet mignon every day,” he says.

More publicly, automotive auction houses are finding new lives online. Bonhams took in a tidy £575,000 ($720,509) on a 1958 Lister-Maserati sports-racing car during a “sealed-bid” auction it held online earlier this month. RM Sotheby’s managed $13.7 million in sales and a 69% sell-through rate at an auction it held online on March 20-28, sums that roughly equaled RM’s typical sell-through rates at live auctions. That sale, which had originally been scheduled to occur in Palm Beach, Fla., drew nearly 900 registered bidders—23% more than the average number of registered bidders at live RM Sotheby’s Florida auctions over the last four years, according to the auction house.

Bring a Trailer, the website that sells vintage cars online in weekly auctions, has followed suit. After a brief drop in sales during the second week of March, the online car seller has seen web traffic and sales surge.

“Yesterday was our largest traffic day ever, and four out of our five best days ever for traffic have been in the past week,” says founder Randy Nonnenberg, speaking via phone on April 8. BAT has seen normal sell-through rates of roughly 70% through the spring. For the first week of April, sales were 95% of what they were the first week of March. On the day we spoke, a 1976 Porsche 930 Turbo Carrera in Sahara Beige sold for $110,000. “This is not, ‘Oh my goodness, the classic car marker is going to stop and the bottom is falling out.’”

It’s also telling that the auctions set for the Pebble Beach Concours d’Elegance are proceeding (cautiously) as planned, as are those of Bonham’s Monaco sale set for May. They will likely exist in online form, even if the live events are cancelled, which won’t present that radical a change; auction houses have never relied on live bidders, anyway. International callers, buying agents, and secret deals with private customers have characterized even the most elite auction sales since their inception.

“So many of the bigger cars we sell to people who aren’t even there—through agents who are inspecting the car for them—so I don’t think [online sales] will have a big effect on the auctions,” Gooding says.

Just don’t expect to get blue-light-special deals on that coveted Ferrari Daytona, say those who closely watch the field. Classic car sales had already been cooling after a half-decade of gangbuster sales totals and record-breaking hammer prices. The feedback loop that created a precipitous, unsustainable pace from 2015 to 2018 got back to a healthier rate last year. Speculators were already winnowed out of the car market when prices dropped in favor of true enthusiasts. On the buying side, these stalwarts will always have lists of what they want to own next and on the selling side, they won’t sell a prized possession for beans just because a few car shows have been scuttled.

“None of the scarier predictions of collector car market mass chaos have occurred,” says Cam Ingram, the owner of Road Scholars, a sales and restoration shop based in Durham, N.C. “Collectable vehicles are not flooding the market and being sold for screaming deals as their owners try desperately to raise capital—much to the chagrin of the opportunist.”

Indeed, at that RM Sotheby’s sale last month, a 1996 Porsche 911 GT2 topped sales with a $891,000 final bid. It would have been a breathtakingly high price during any time, that of the coronavirus included.

6 Responses to The Collector Car Market Is Immune from Covid19