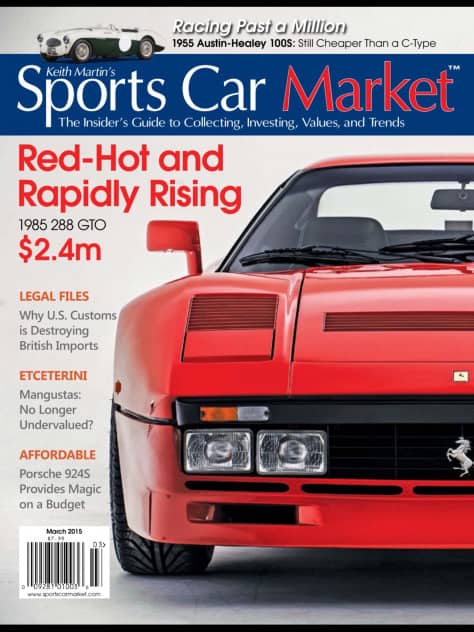 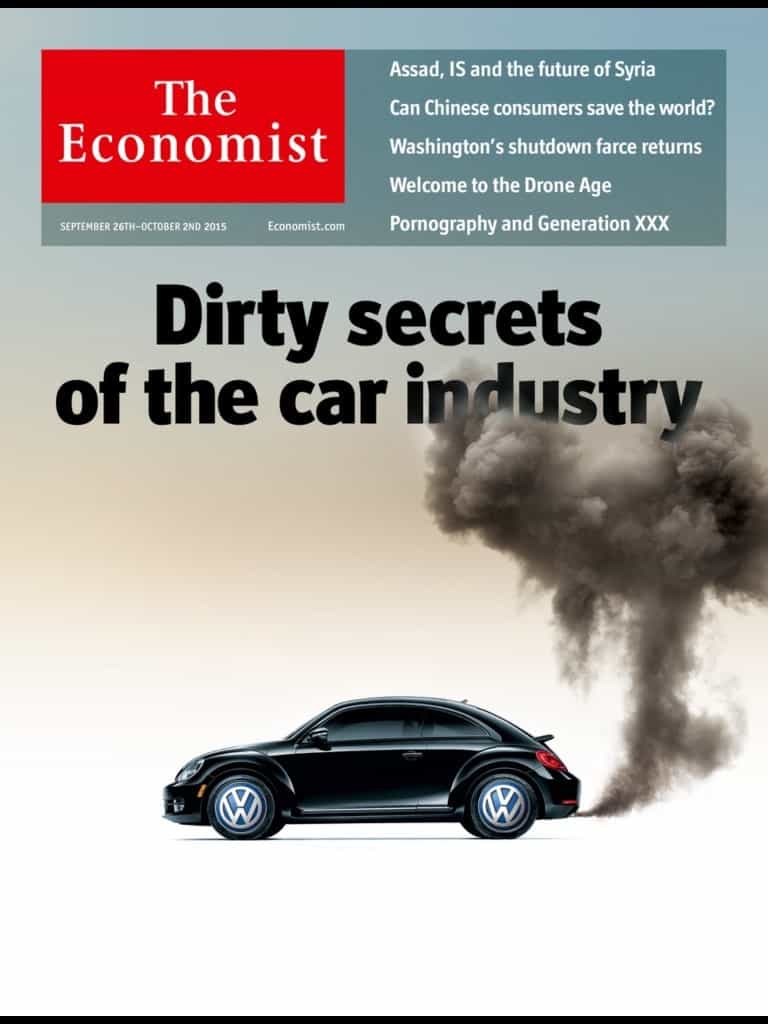 Imagine being stranded on a deserted island in the South Pacific and that an Amazon drone would deliver you only two magazines a month. Given a choice, which two publications would you select? For me the decision is a no brainer! I would choose Sports Car Market and The Economist. The former would keep you up to date on everything related to the collector car market. The latter would keep you informed of the many social, political, and economic events unfolding around the world. Both would provide accurate, timely, reliable and unbiased information.

Yesterday I stopped by Rennwerke Porsche to pick up my 25-year-old 911. John “Cheech” Fernades’s repair shop is the best Porsche service facility on the east coast. His advertising tagline for Rennwerke is apropos: To a Porsche it’s the Mayo Clinic. Rennewerke can perform a nut and bolt restoration of a 356 or can do a routine service on a ultra-rare 959 supercar. Rennwerke is located minutes off interstate 287 in Elmsford, New York.

Cheech’s cozy office is a sacred cave located in the epicenter of his clean and organized workshop. Framed photographs of Porsches, signed memorabilia from celebrity customers, and piles of rare car related books adorn the walls of Cheech’s lair. Sitting together in his office we chatted about the work performed on my car, the tragedy of VW’s recent emissions transgressions, and the frenzied pace of his burgeoning business. Cheech’s work ethic and service ethos are second to none. Chech’s customers knows this; his shop thrives on its referral network and repeat business. As Cheech took a phone call, I gazed across his desk to his overflowing inbox. An avalanche was emminent. On top of the eight-inch pile of inbound paperwork were the most recent issues of Sports Car Market and The Economist. I suddenly had an “a-ha” moment. We both agreed that these two quality publications are pretty much all we need to read in order to stay abreast of what really matters. 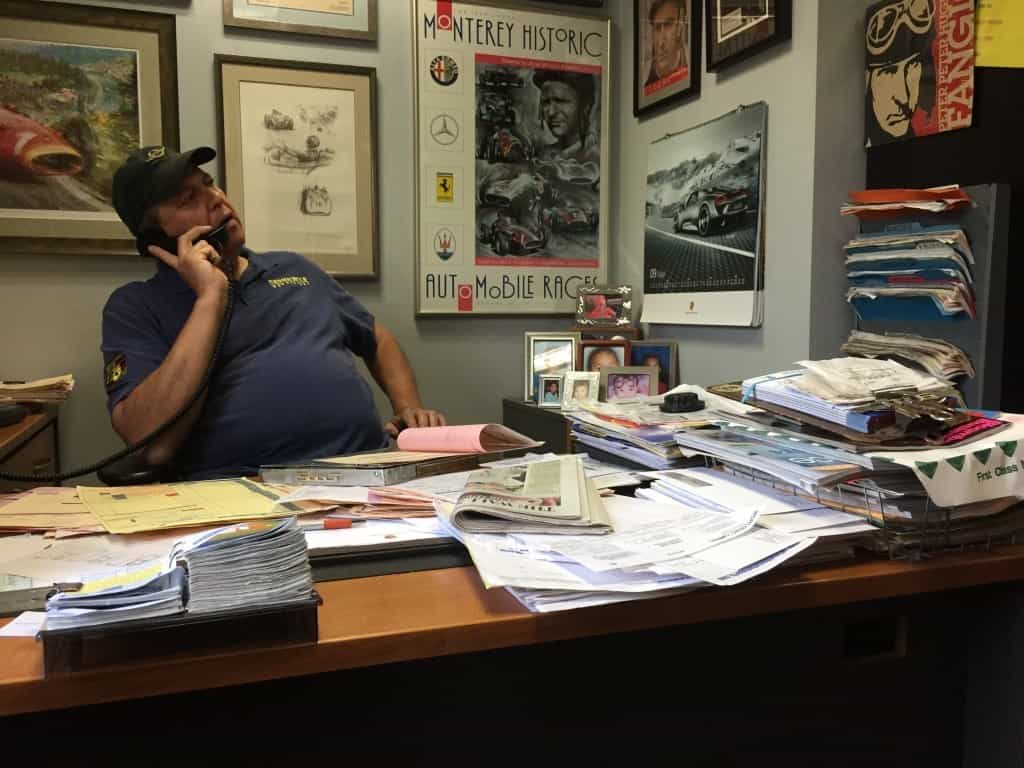 Sports Car Market is dedicated to following the economic and social trends of the collector car market. The magazine’s tagline “The Insider’s Guide to Collecting, Investing, Values, and Trends” is an accurate summary of the excellent content. Sports Car Market is well researched, beautifully written, and full of insights into the complex trends of the collector car world. 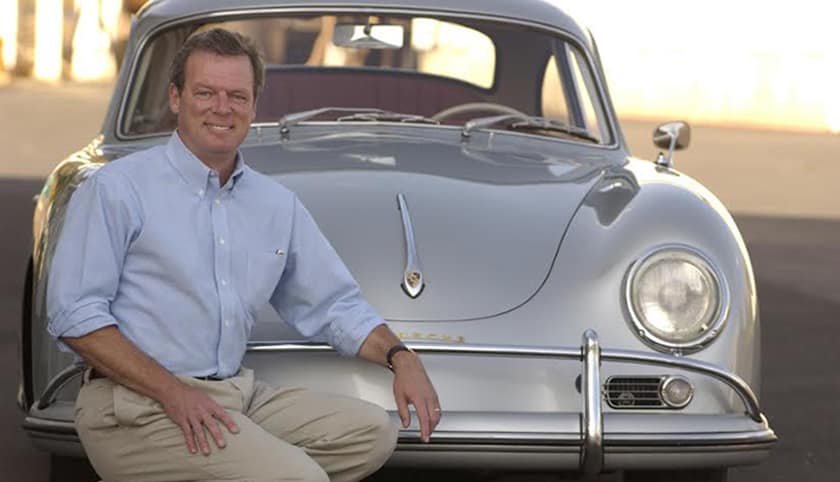 This past summer I had the pleasure of spending a quiet afternoon with founder, publisher, and owner Keith Martin. On a deck overlooking Long Island Sound, we sipped lemonade and discussed industry trends and the gravity defying collector car market. Ferrari’s that were $300,000 ten years ago now trade for more than ten million dollars. Some recent sales have provided long-term Ferrari owners with venture capital-like returns. Certain car values today are indeed supersonic. However, as Keith astutely pointed out, a lot of really special cars were dead money for years following the correction that occurred in the collector car world in the late 80’s and early 90’s. Many of these special cars are simply making up for lost time.

Some highlights from Keith’s most recent Monterey recap include a well used 1989 BMW E30 M3 fetching $96,250, a “rusty and neglected” 1958 Porsche Speedster selling for $583,000 (a price that is higher than a well restored example), and several mass produced Ferrari 308/328’s lurching over $100,000. Jumping off the pages of the October issue of Sports Car Market was a four cylinder Fiat Jolly that sold for $242,000. Keith reported that the top three cars sold during the 2015 Pebble Beach bonanza were all vintage 60’s Ferrari’s (each went in excess of $16,000,000). Maybe our global central bankers should raise interest rates and stop printing so much money? Is it all madness or could the collector car mania be rational? We will only know in hindsight.

Sports Car Market keeps me accurately updated on everything going on in the collector car world. The Economist provides unbiased and thoroughly researched commentary on the world’s unfolding social, political, and economic issues and events. The two publications read together remind me of the powerful combination of peanut butter and chocolate that was pioneered in 1928 by Harry Burnett Reese in Hershey Pennsylvania. Reese discovered that peanut butter and chocolate were an irresistible combination. Akin to peanut butter cups, Sports Car Market and The Economist are two very different publications that actually go really well together. Both publications also have excellent digital versions available for the iPad.

Sports Car Market and The Economist go together like peanut butter and chocolate!

So the next time you are taking a long flight or traveling to a remote island, pick up some Reese’s Peanut Butter Cups and a recent issue of Sports Car Market and The Economist. You won’t be disappointed.

Philip Richter is President and co-founder of New-York-City-based Hollow Brook Wealth Management, LLC. The Turtle Garage Blog, he says, is dedicated to his "love of excessive personal transportation."
View all posts by Philip Richter →
Burma-Shave: The Verse by the Side of the Road
The Nissan NV 200: The Taxi of Tomorrow?

2 Responses to Sports Car Market and The Economist: All You Really Need to Read