By Philip Richter on April 1, 2022 in Auctions, Cars, Markets

“Tulip bulbs once sold for more than houses. But not for long.” —pauljnolan1000, Bring a Trailer subscriber

There are some very peculiar price actions occurring within the collector vehicle market. There are similar strange valuations happening in the art market, the wine market, and the real estate market. Prices are surging for collectibles and real assets. Could it be that a decade of loose monetary policy and negative interest rates are finally coming home to roost? Have central banks around the world gone too far? Is the dollar turning into toilet paper? Let’s look at two recent stunning BaT auction outcomes that may well represent a pair of canaries in a coal mine.

Ten years ago the word “trillion” was hardly (if ever) used. Today, the word that represents a thousand billion is a regular part of our lexicon. Trillions now commonly describe the annual deficit of the Federal government or the market capitalization of Tesla. In the case of Apple and Microsoft, their values now stand at multiple trillions. Nowhere has the market froth been on clearer display than within certain Bring a Trailer auction outcomes. Two recent auction results for a pair of very unremarkable collector cars are further evidence that we are living in the midst of a full blown mania.

The first recent auction outcome in question is that of a purple Porsche 968. The 968 shares its lineage all the way back to the anemic Porsche-VW 924 of the 1970s. This 1992 968 had 8,000 miles and “rare” cloth interior. Allegedly, this is the only 968 painted in purple—thank god. This car shattered all 968 records and was a total outlier. What we have here is a modestly used four-cylinder 968 with cloth seats for an astounding $164,000? Really? 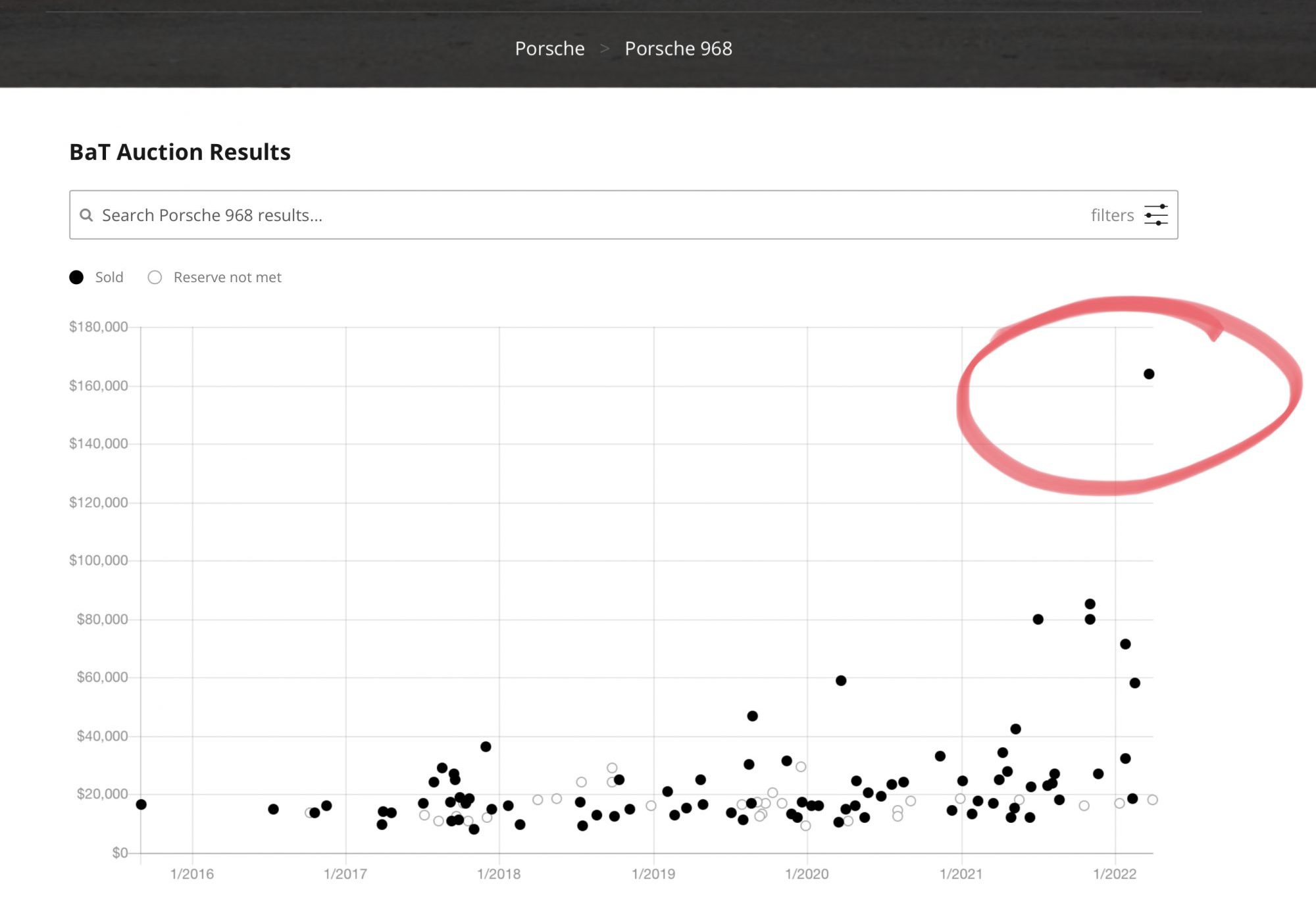 Our next subject car is a slightly more interesting model—a 1989 Ferrari 328 GTB. This is one of only 33 GTB’s that made it to the United States in 1989—the final and best year of 328 production. Finished in attractive Nero over black, this 9,700 mile example was nice—but certainly not $320,000 nice! Despite the fact that the 1989 models are arguably the pinnacle of the 308/328 model, the 328 will never be considered a truly special Ferrari by discerning collectors. So what we have here is a car that checks a lot of boxes: Its black. Its a final year 1989 car. Its equipped with the more desirable fixed roof GTB option. These three points certainly help justify a higher than normal price for this particular 328. However, the final outcome still makes no sense: The only way to justify a $320,000 328 Ferrari is if there were a few dozen gold bars stashed in the tiny front trunk. 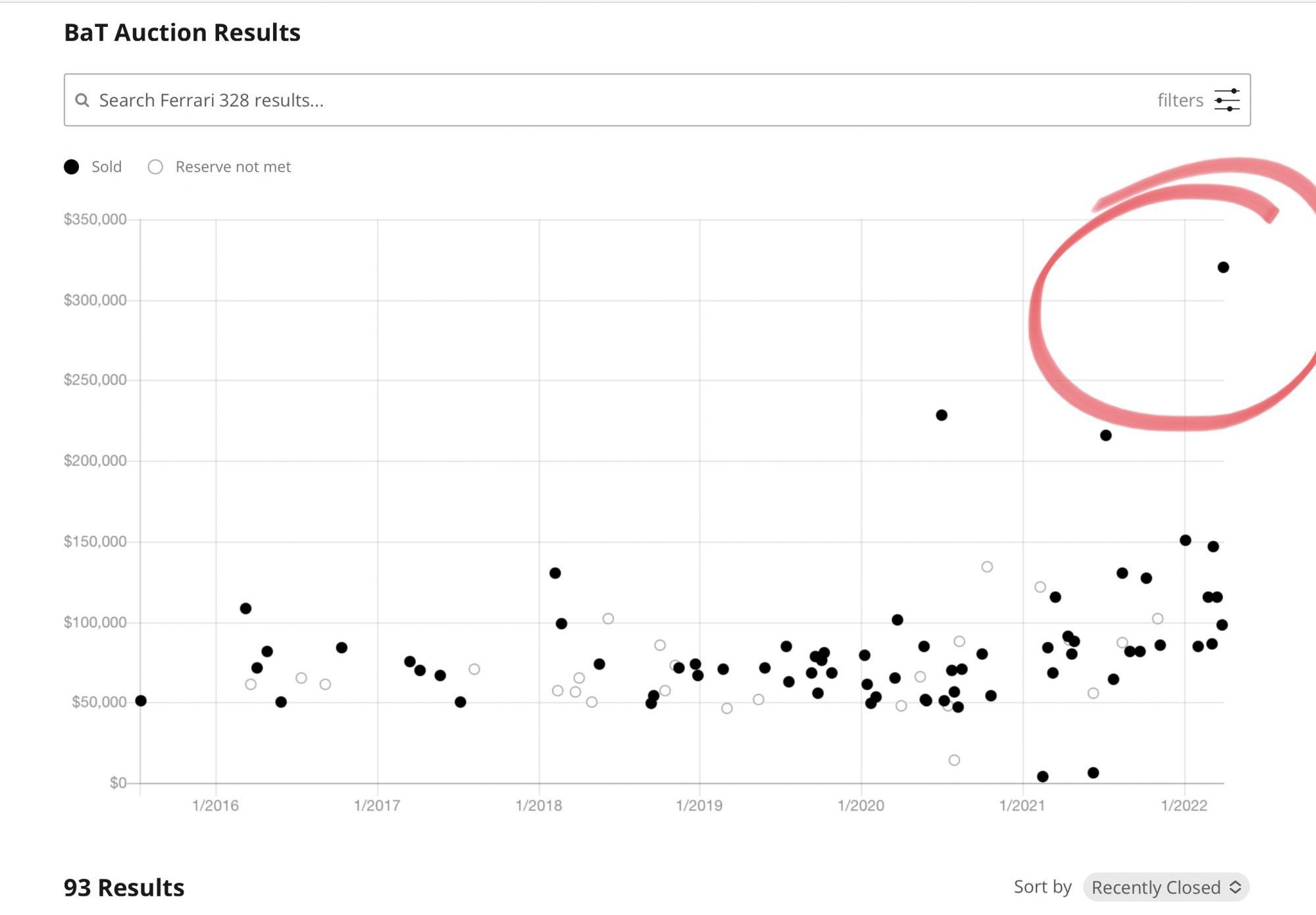 What is going on here with these two outlier auction outcomes? Sure, some really high valuations have recently occurred with cars that had ultra-low or even delivery miles. The bull case being that these examples are brand new “in the wrapper” vehicles that can never be recreated. Buyers justify a hefty premium for a twenty or thirty year-old car that has never been driven or used. However, in the case of our 968 and 328 this is certainly not the case—these examples each had 8,000 and 9,700 miles on their respective clocks. We could maybe get closer to these ludicrous valuations if both examples were zero-mile hermetically sealed museum pieces. Alas, both of these vehicles were arguably “used” cars.

We submit that there are greater forces at work here than simply demographics, pent up demand, or the well documented BaT phenomenon. What is pushing unremarkable cars like a purple 968 or a black 329 GTB into the stratosphere? Over a decade of artificially low interest rates and the printing of trillions of dollars has played a significant role in the rise of all asset prices, including certaincollector cars. This doppelgänger auction outcome here represents something that never could have happened ten years ago when interest rates were normal and US government debt stood well below a cool $10 trillion. Today the numbers are silly—and getting sillier. Just look at the market value of Tesla which is now worth more than the majority of the entire automobile industry (see chart 5 below).

Recently, I was asked to speak to the Madison Avenue Sports Car Driving Club & Chowder Society about what is going on with the valuations of collector cars. Below are a set of slides that my firm Hollow Brook Wealth Management produced. Take a moment and study some of the data—it makes a compelling case that we may be in the midst of our own modern-day tulip bulb mania. 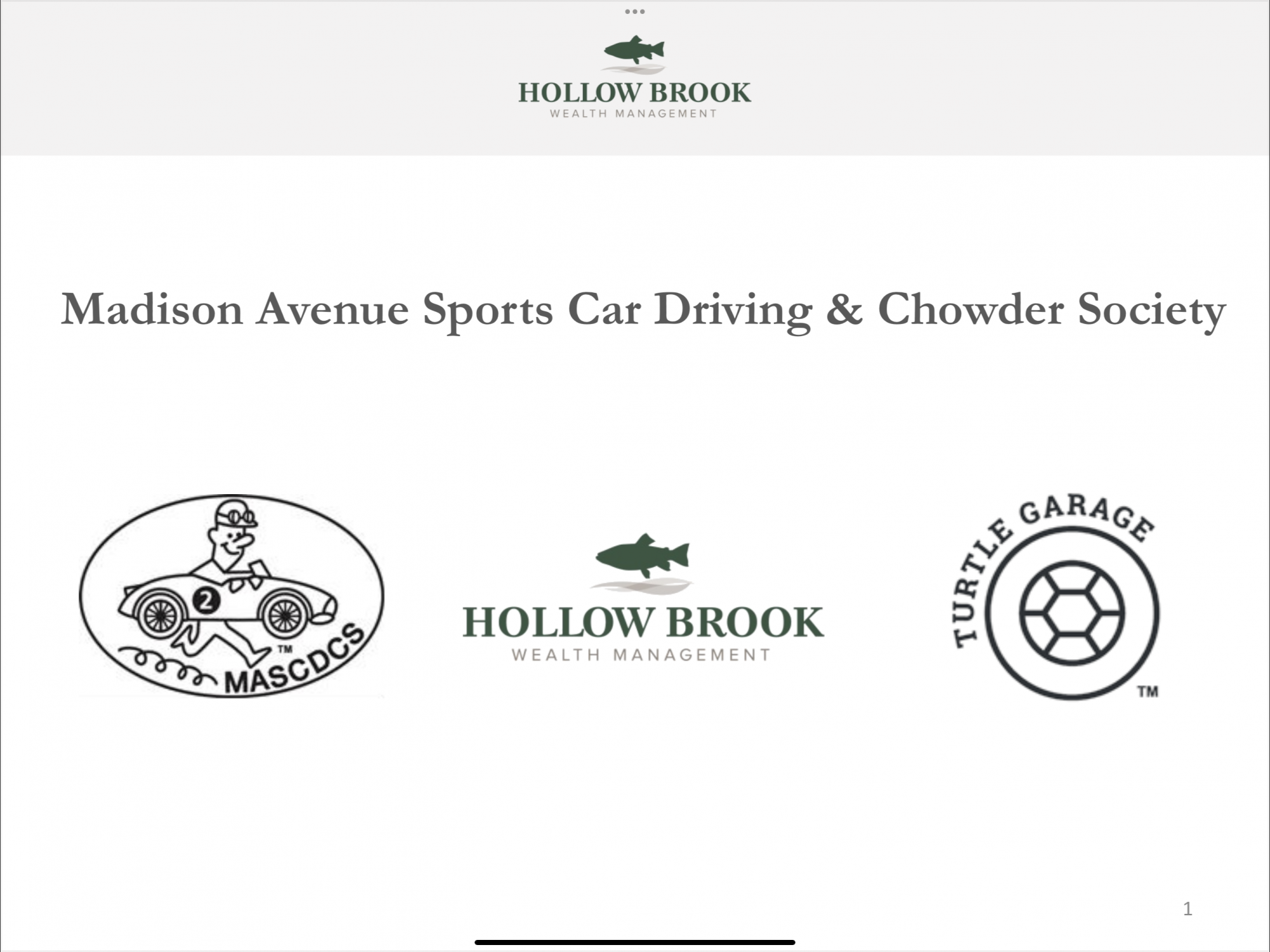 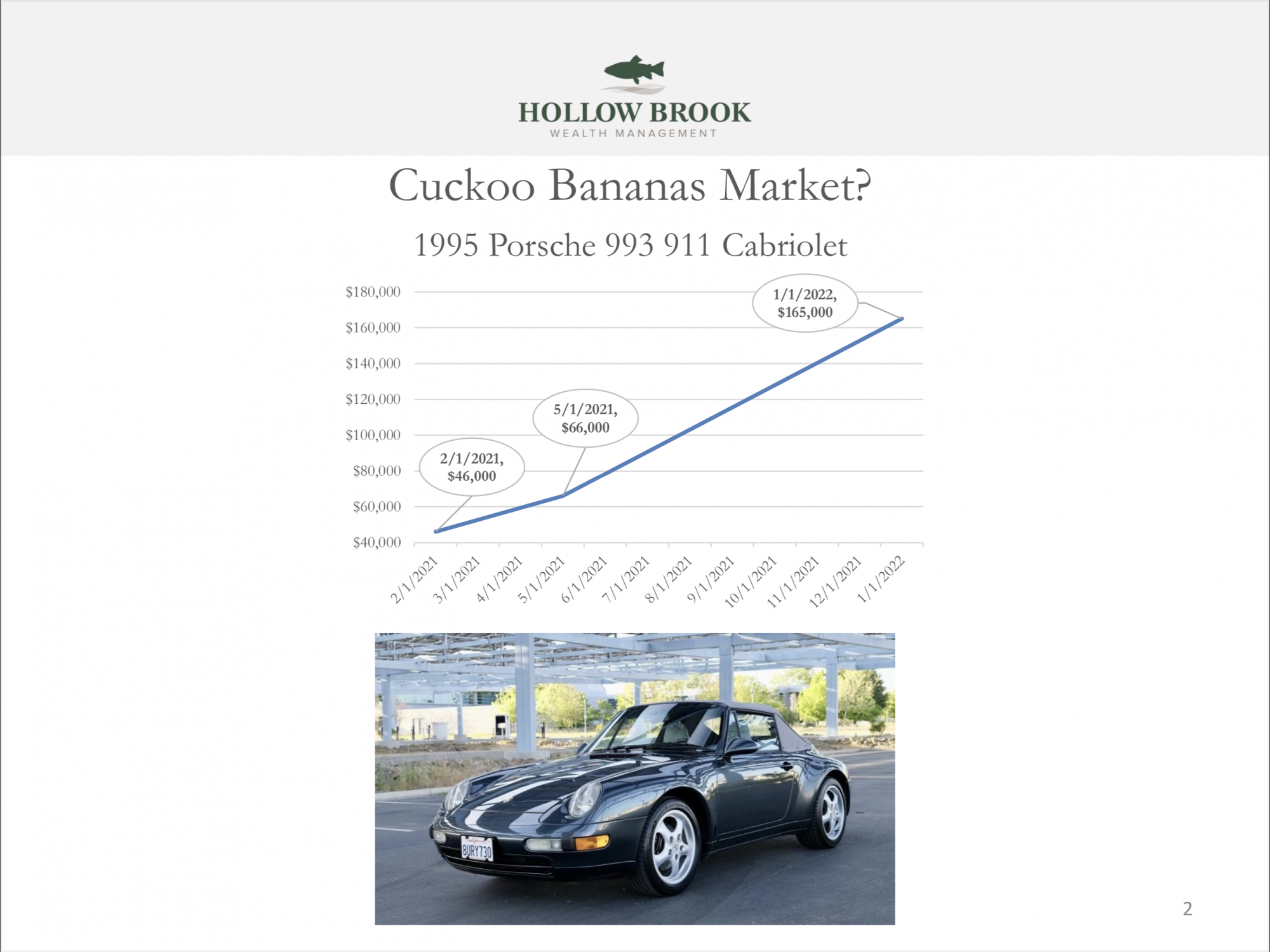 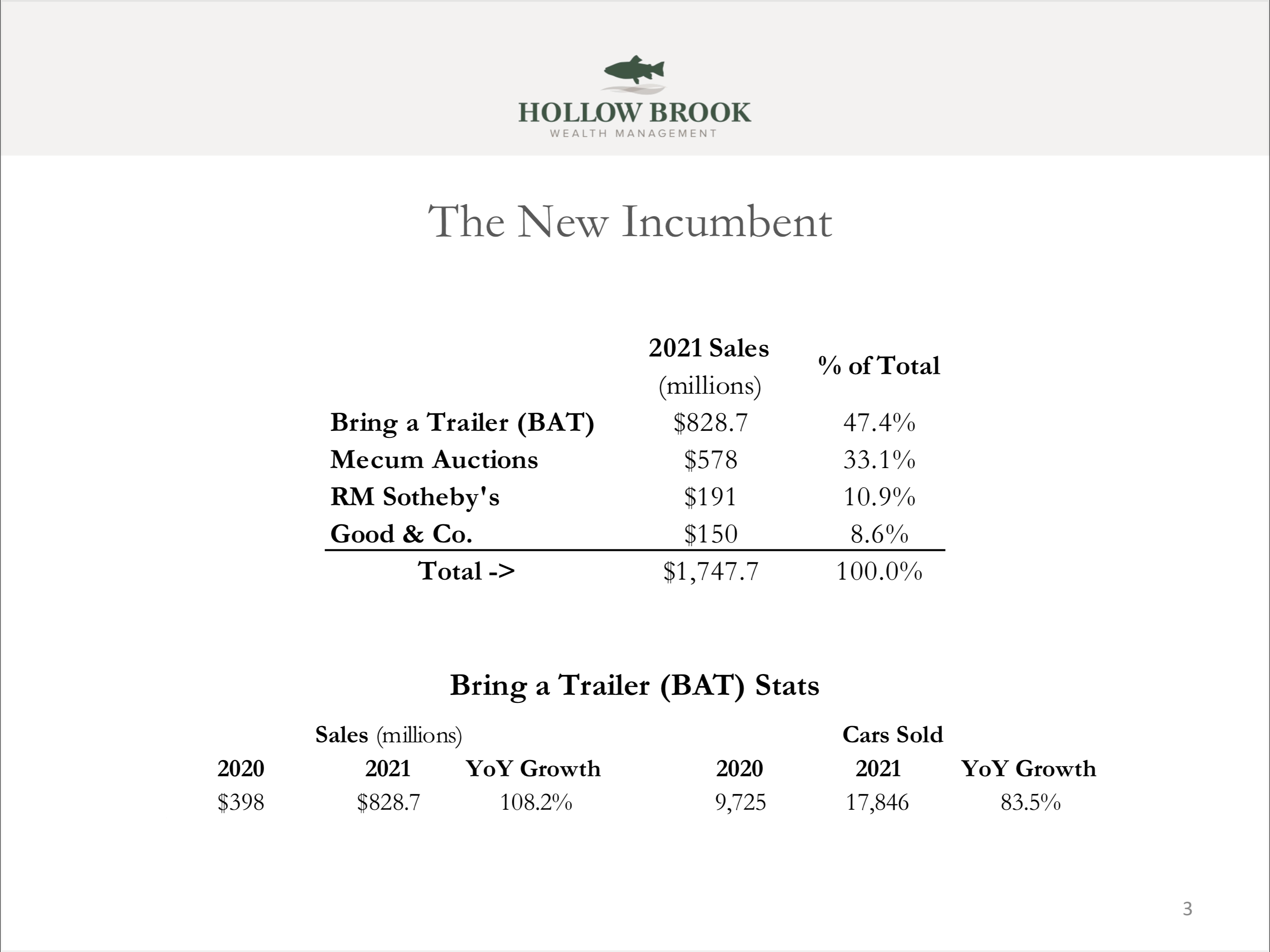 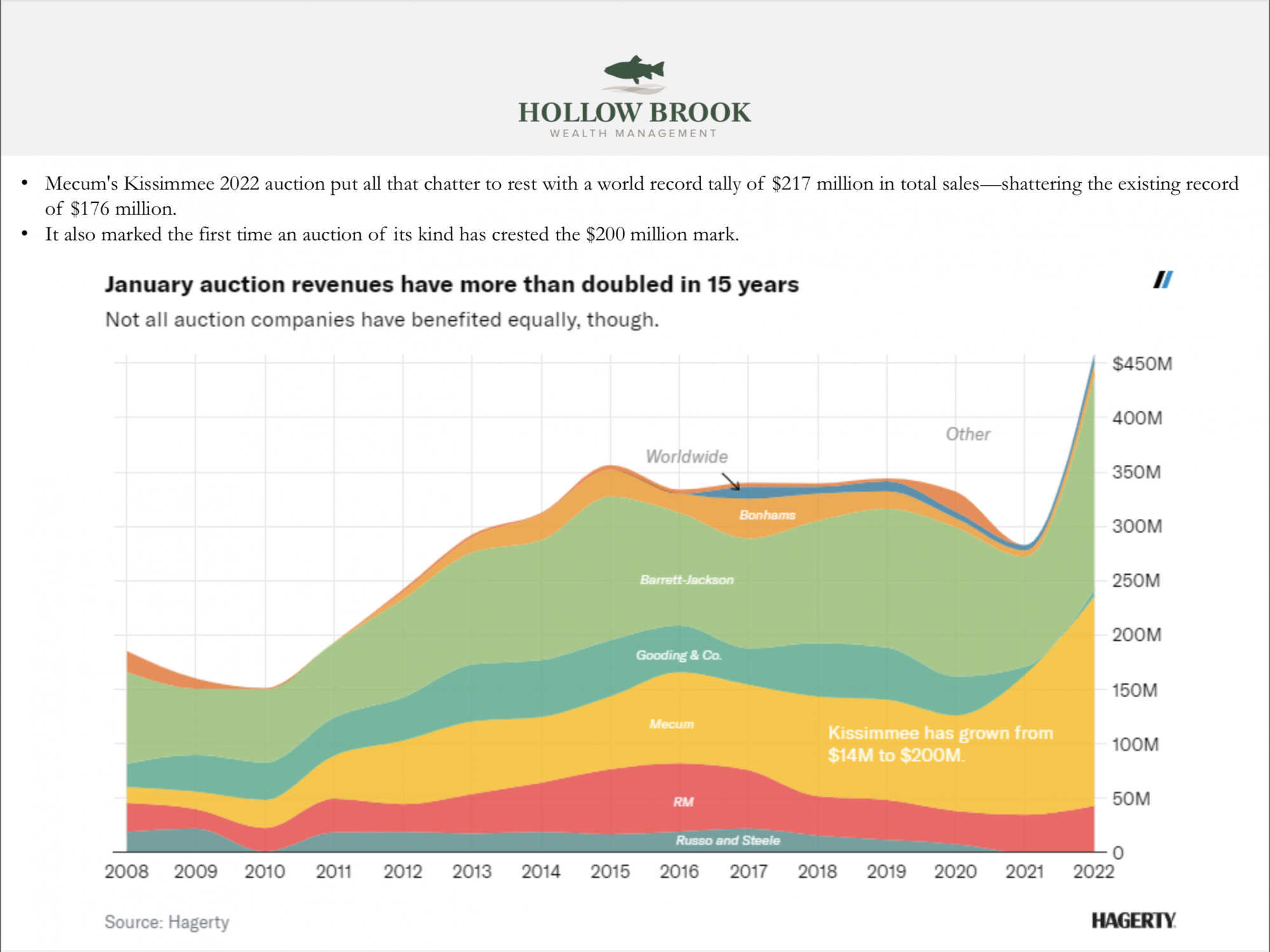 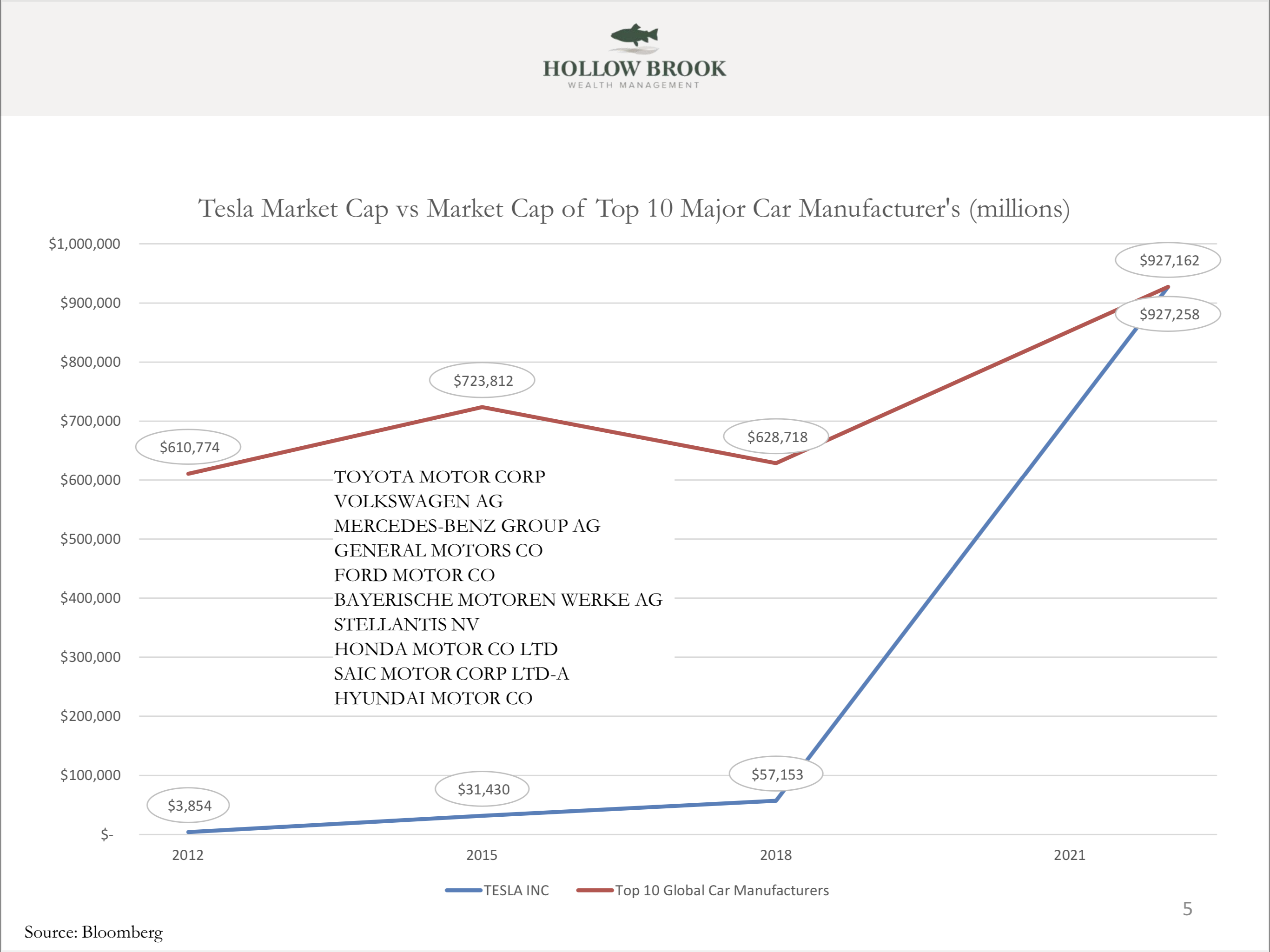 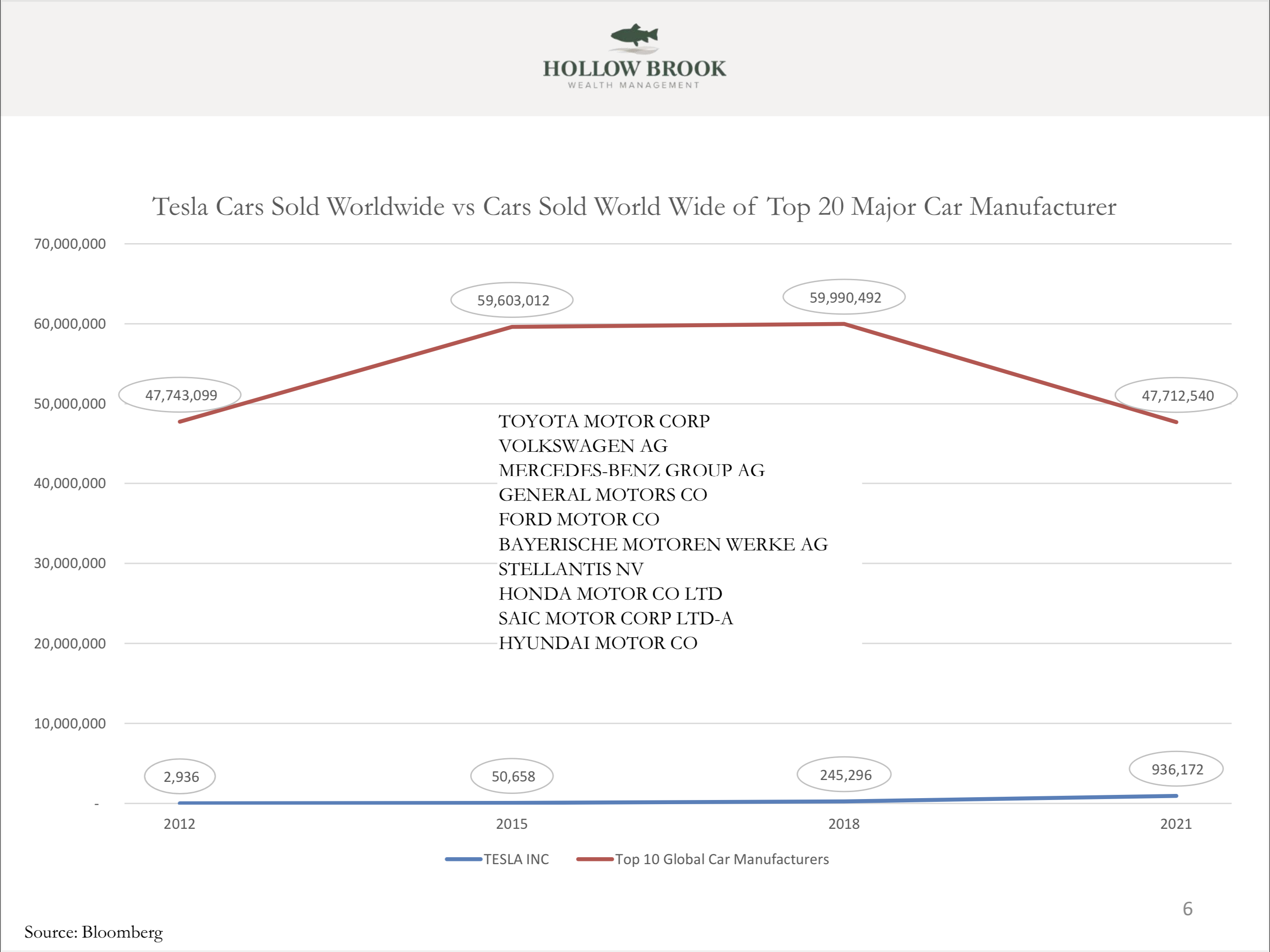 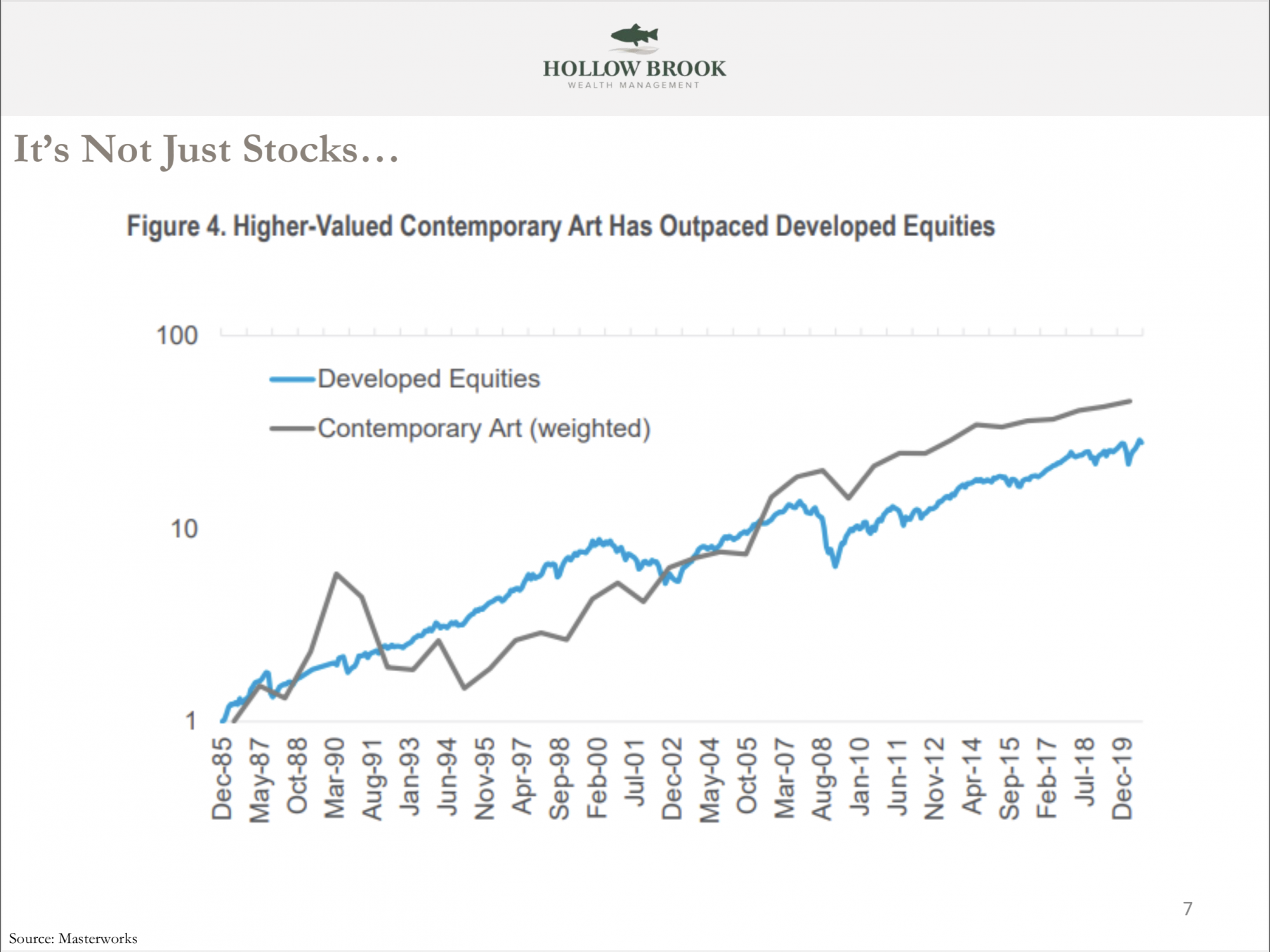 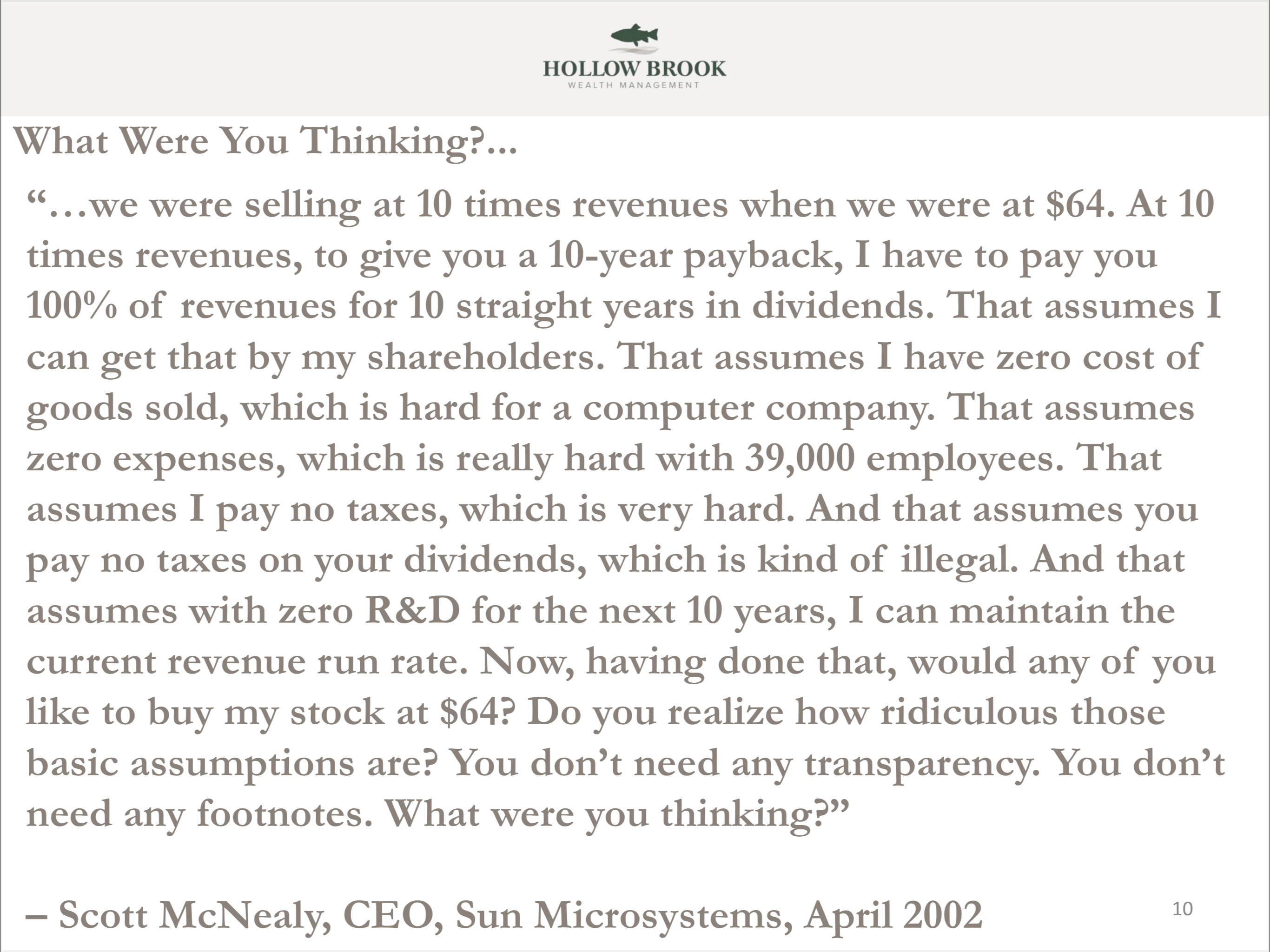 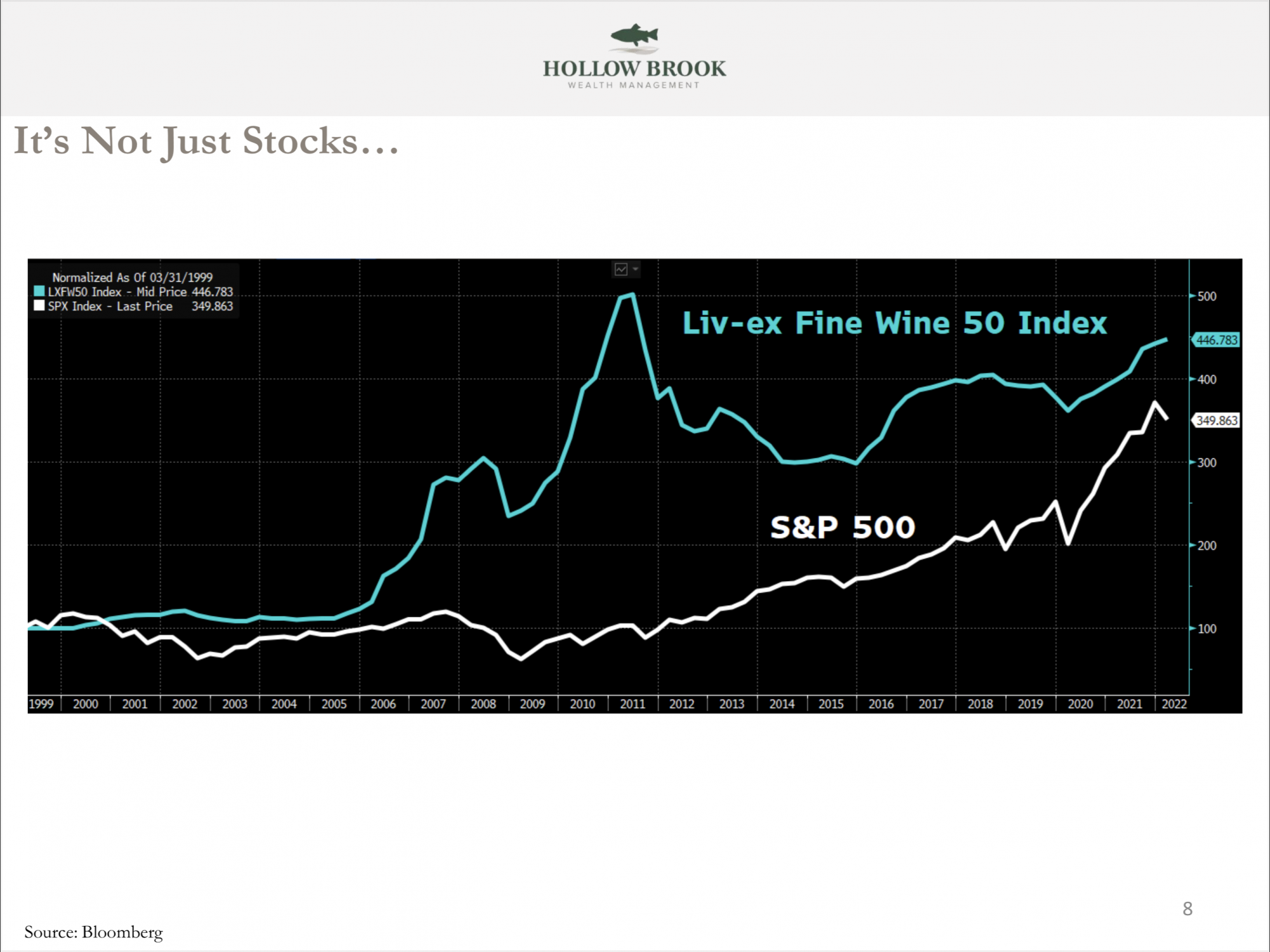 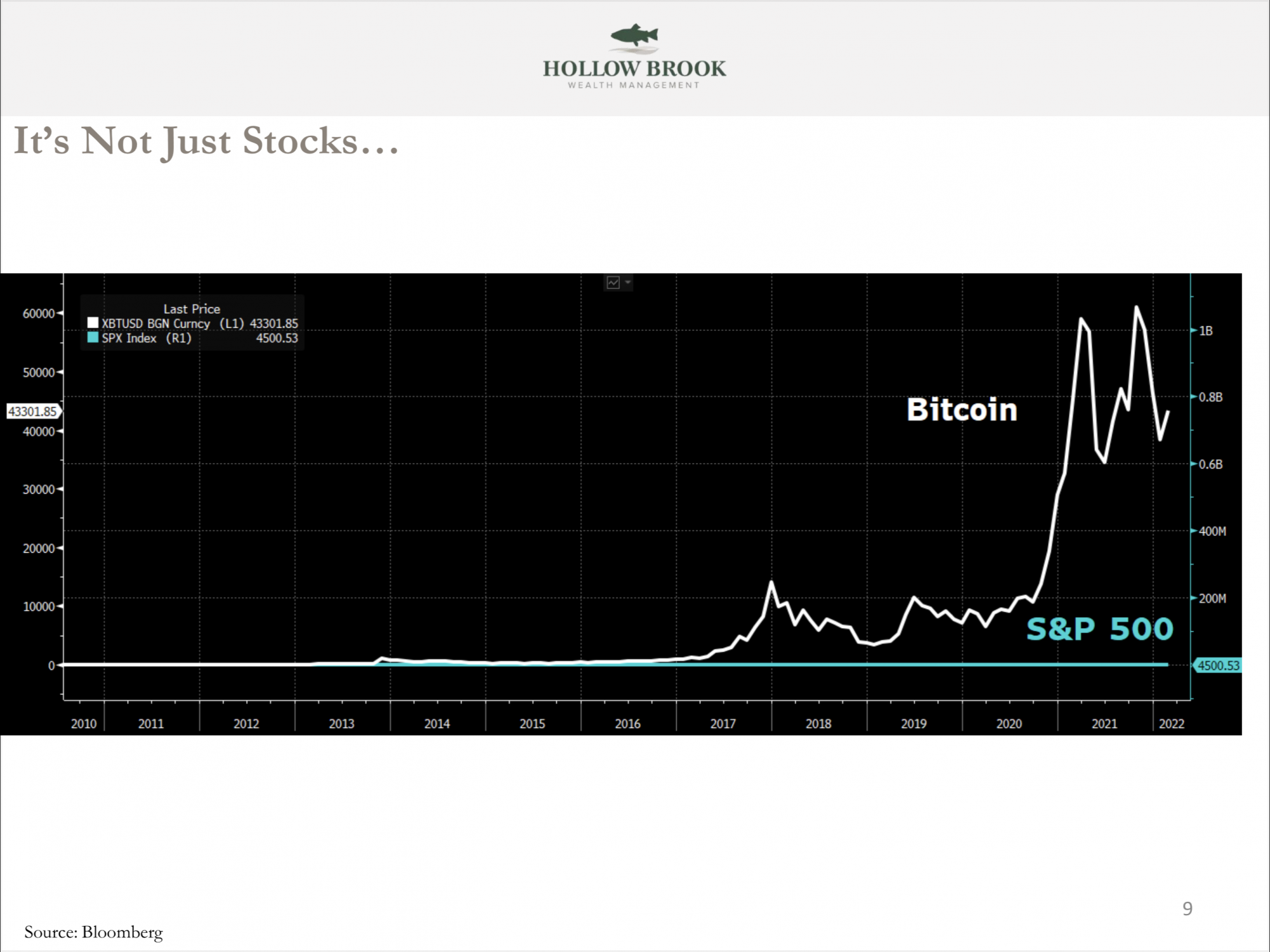 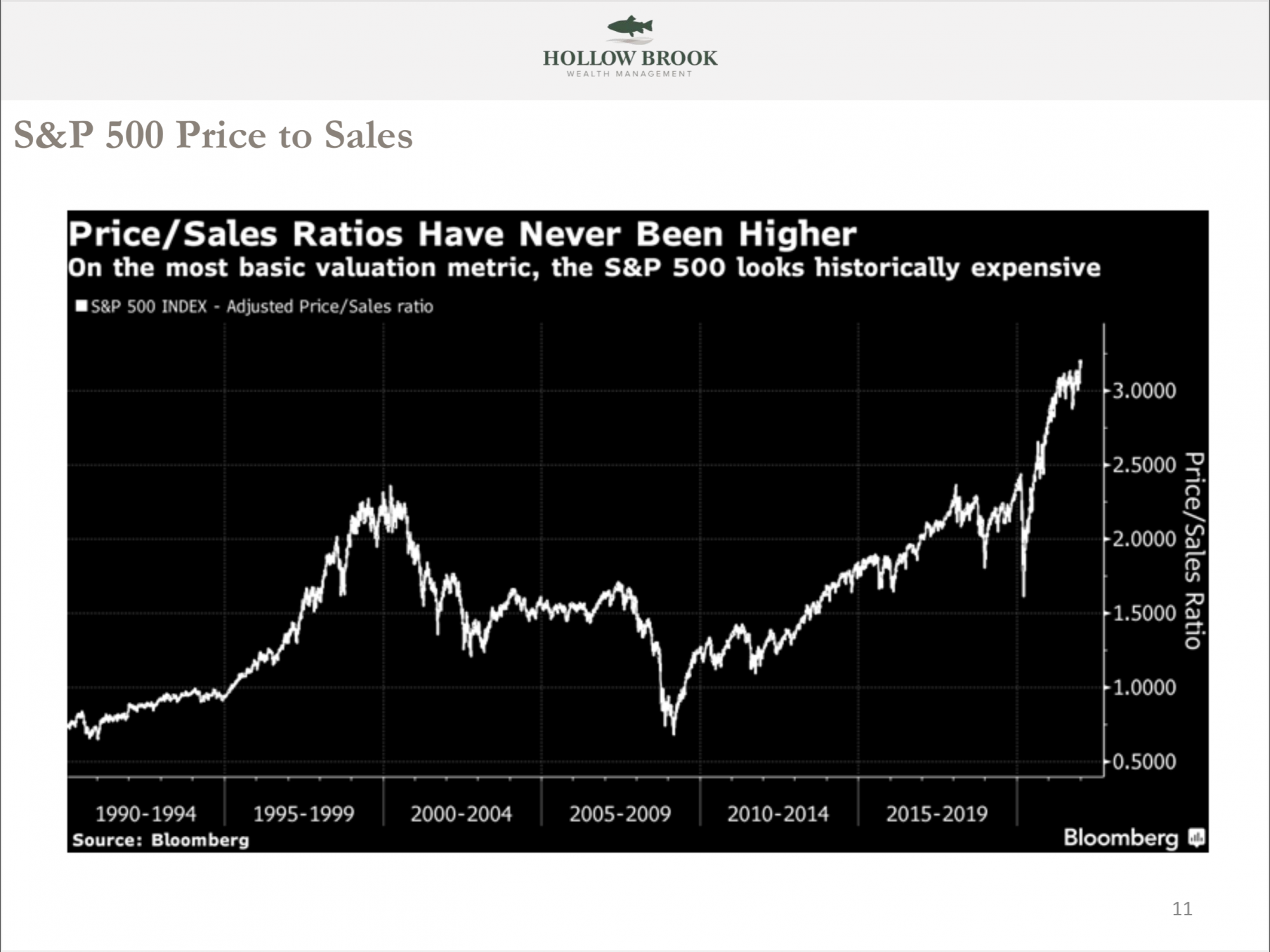 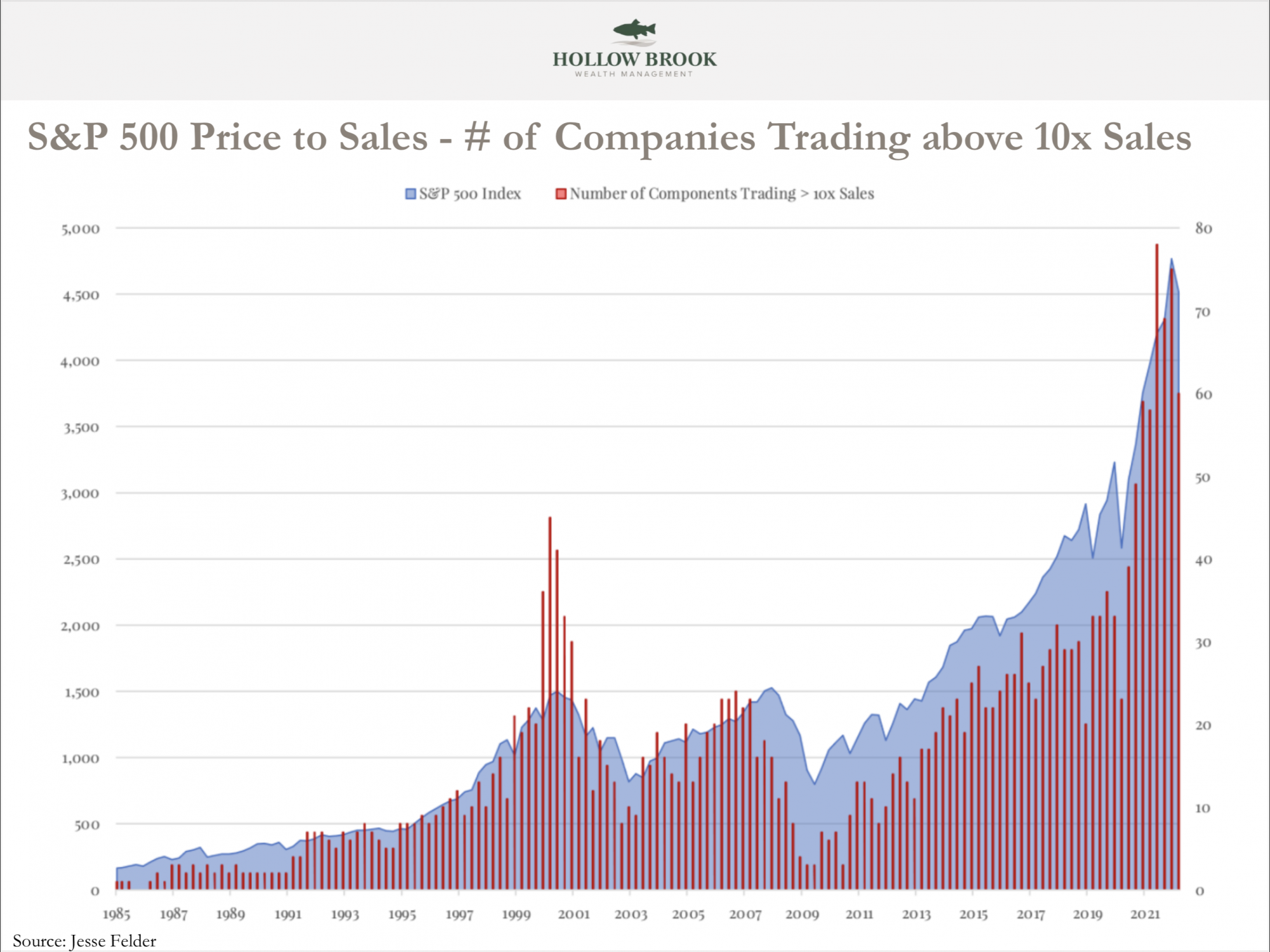 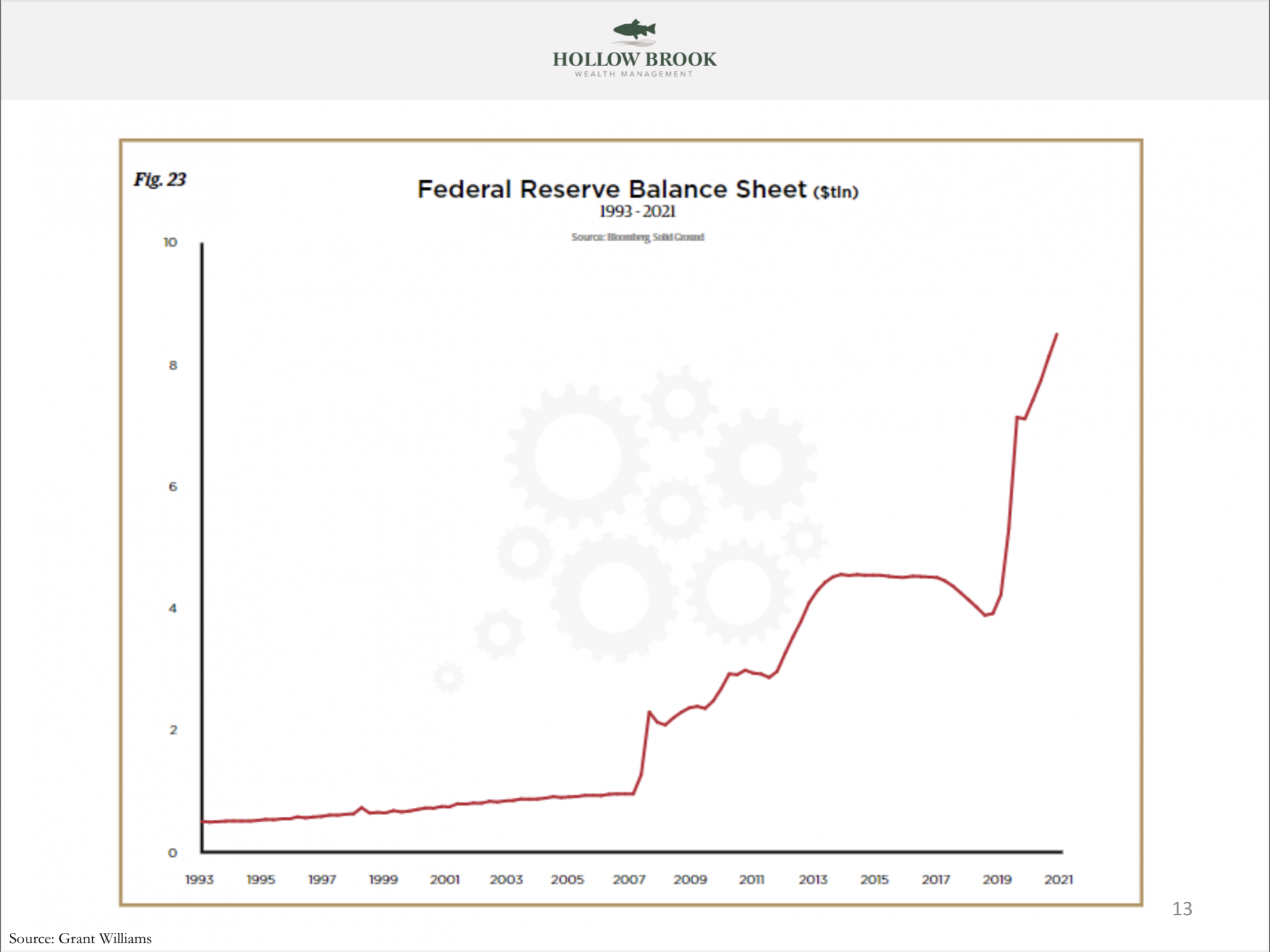 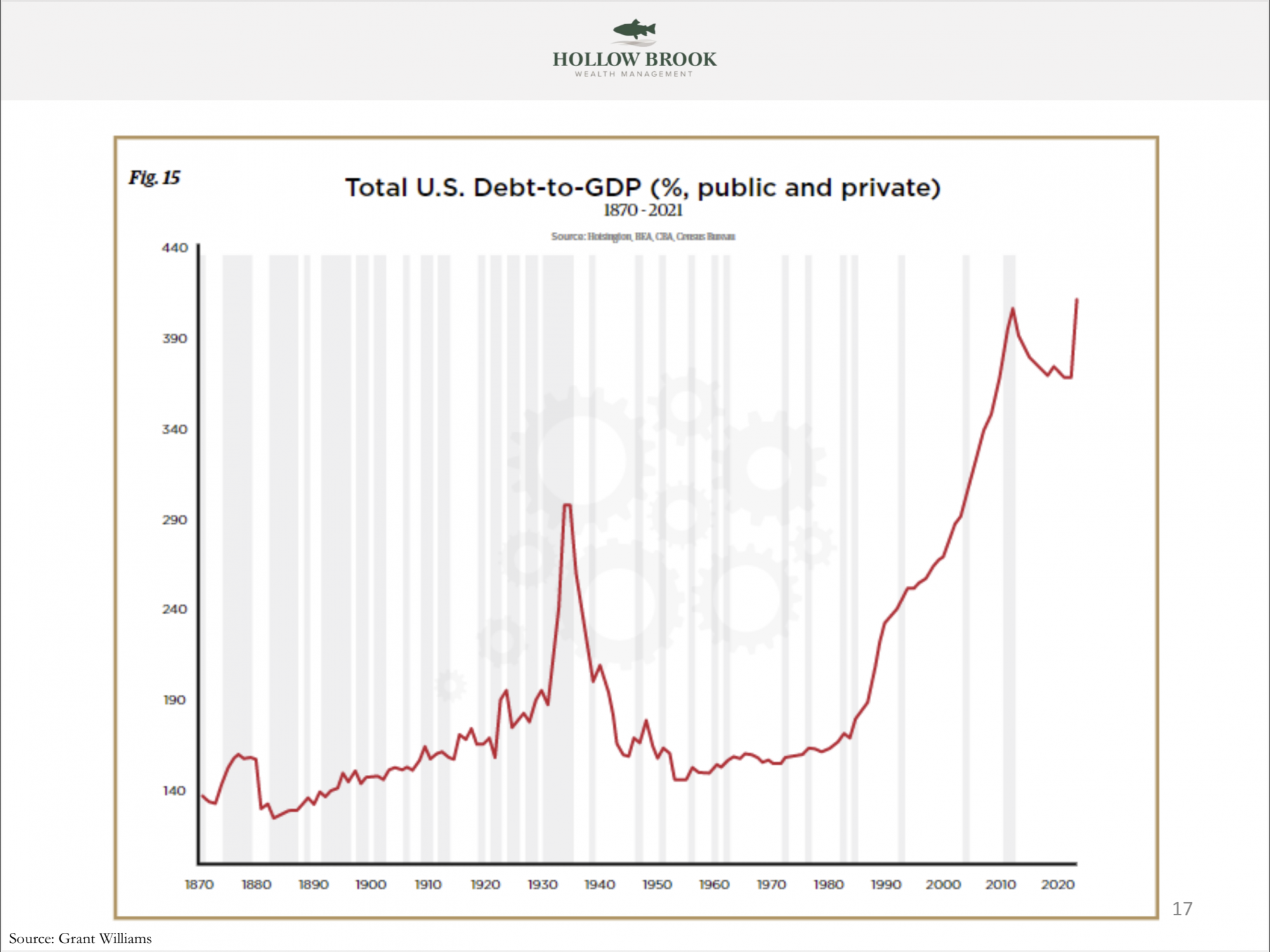 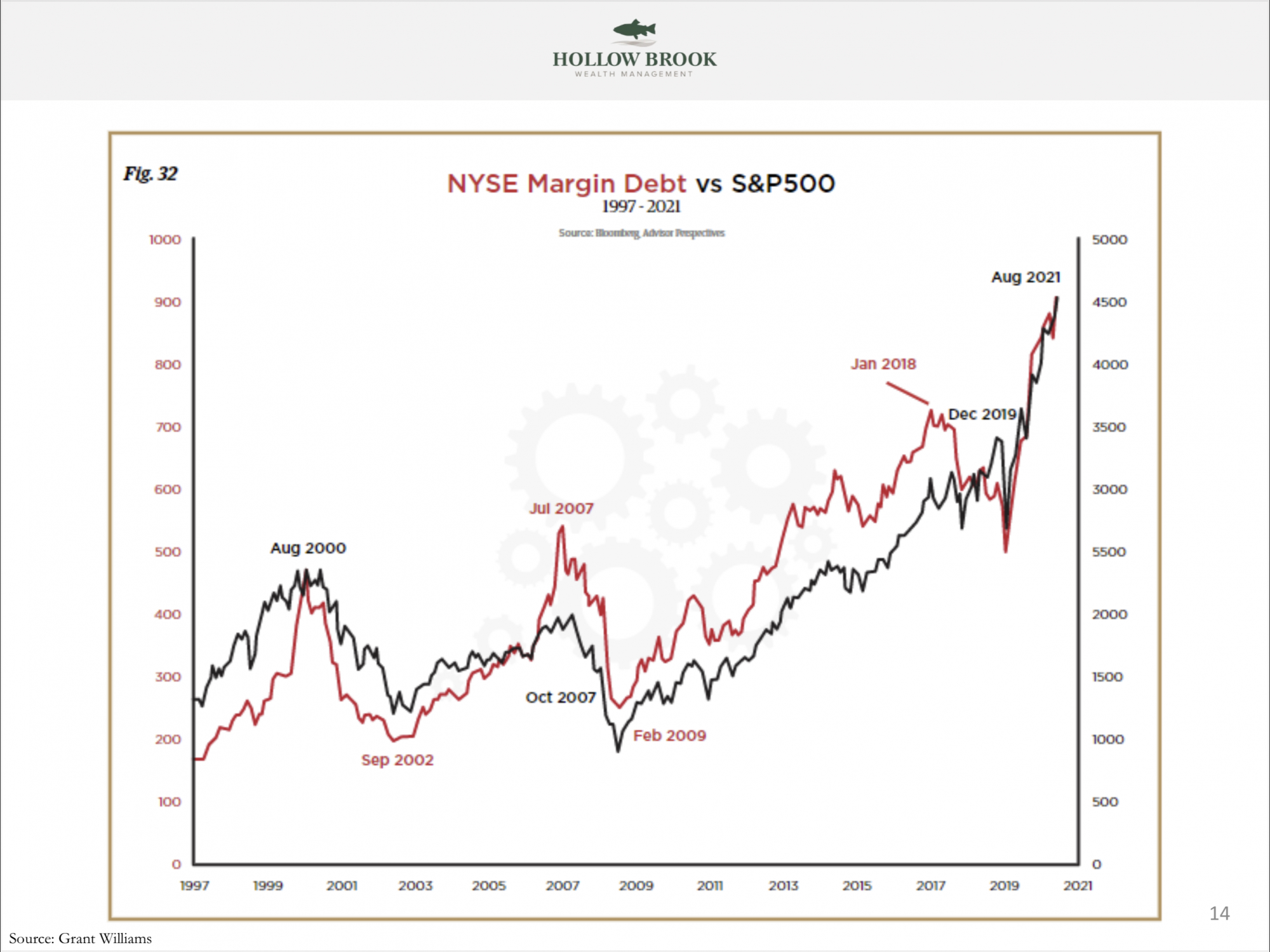 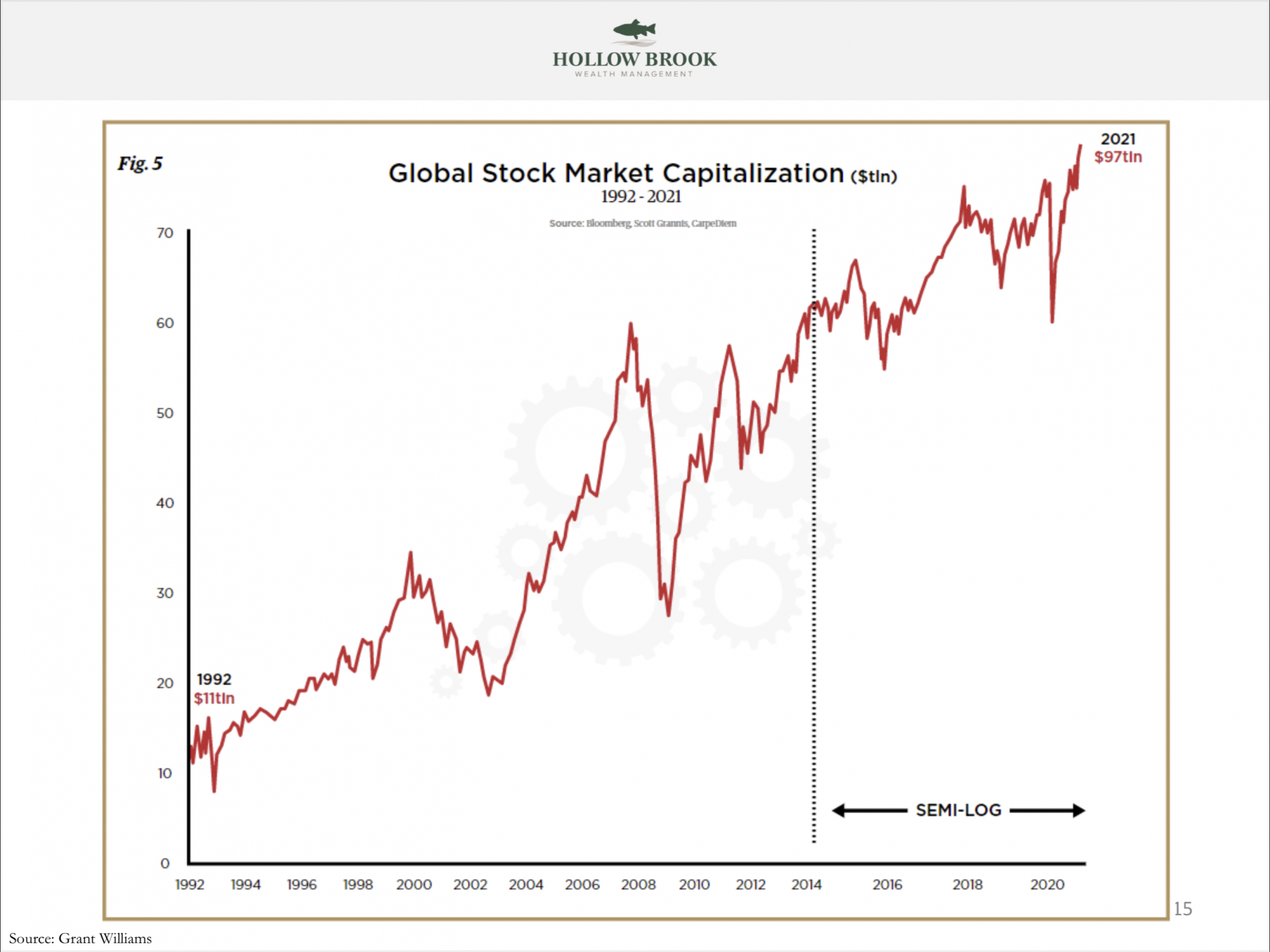 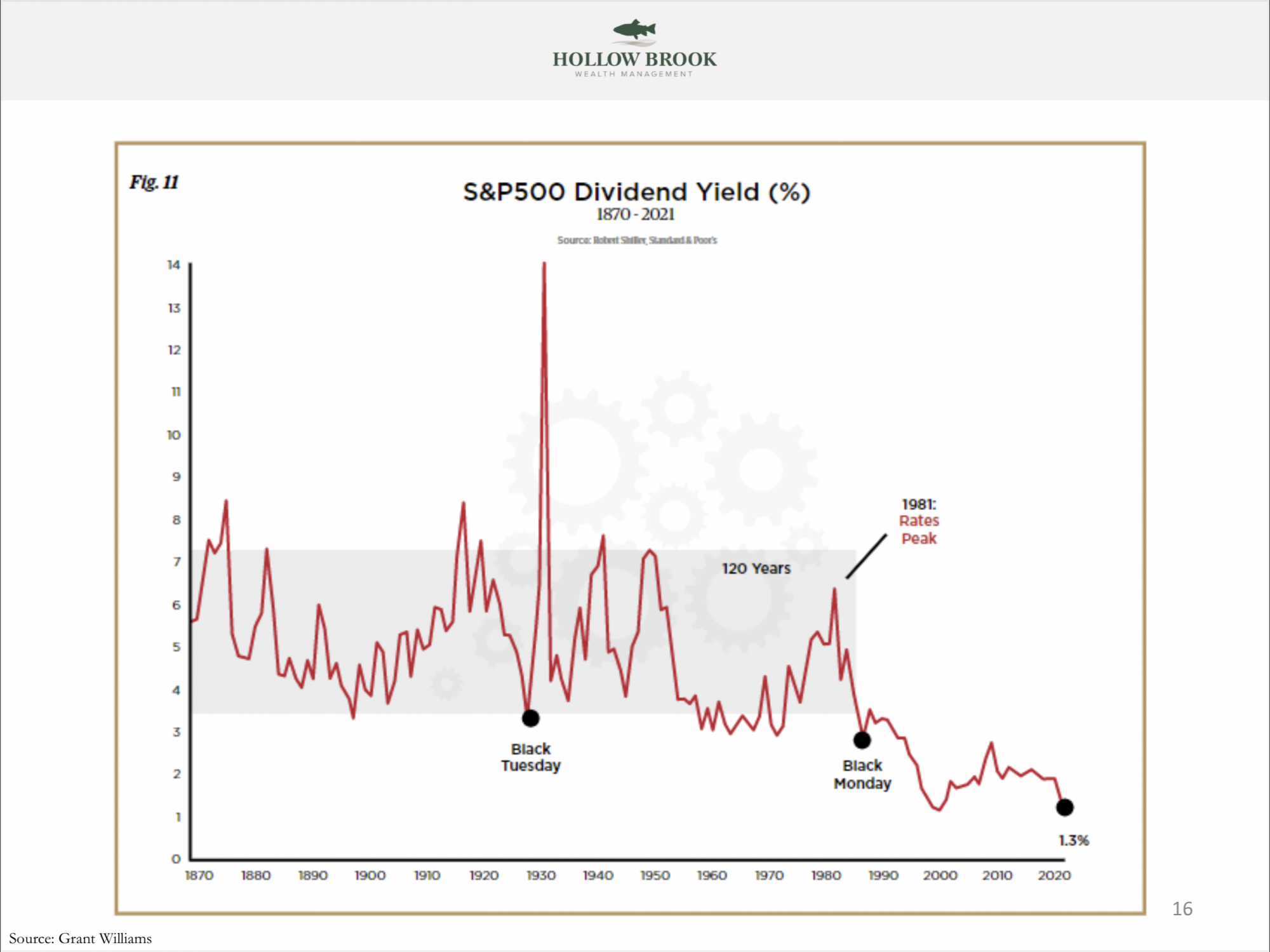 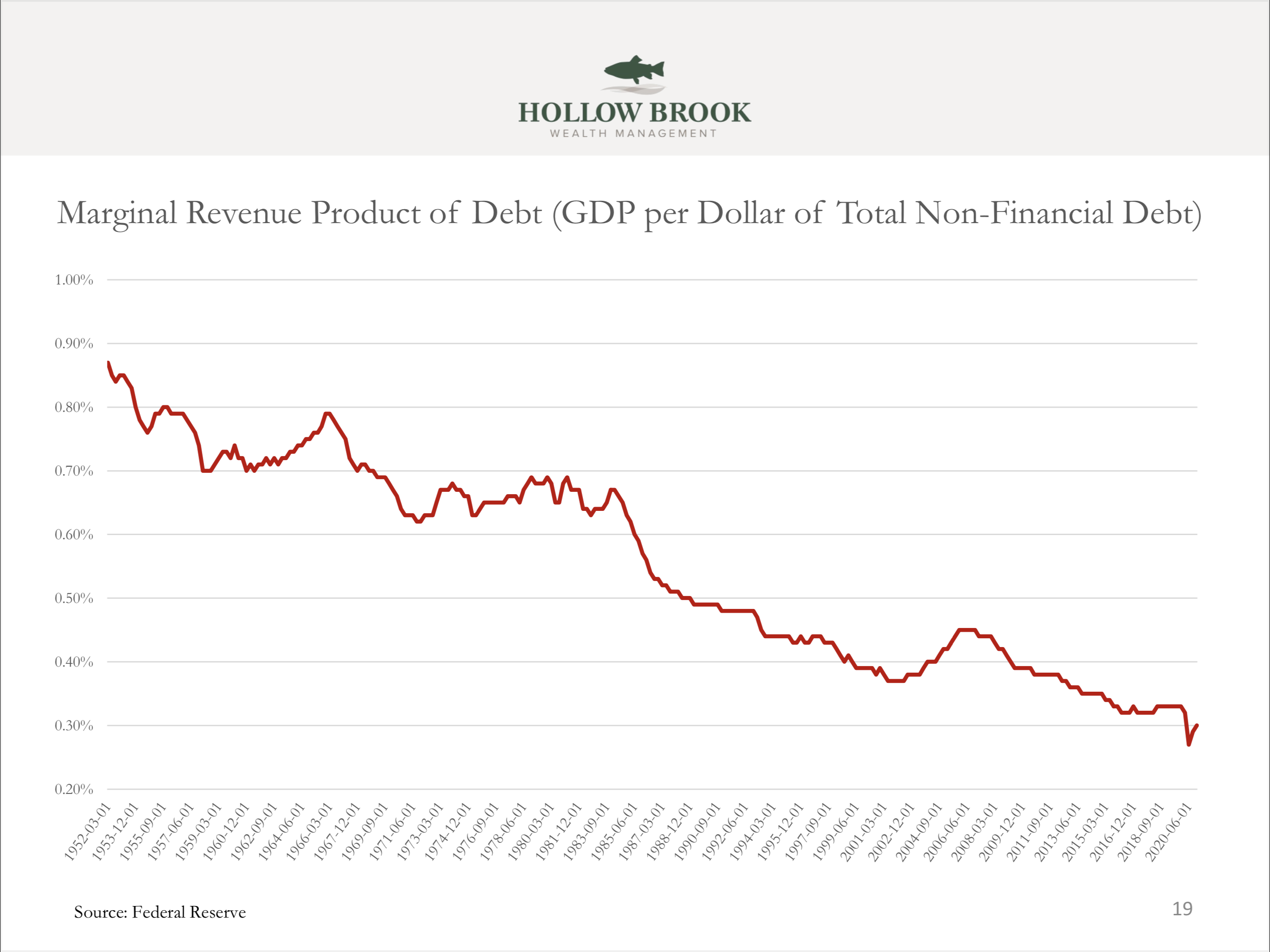 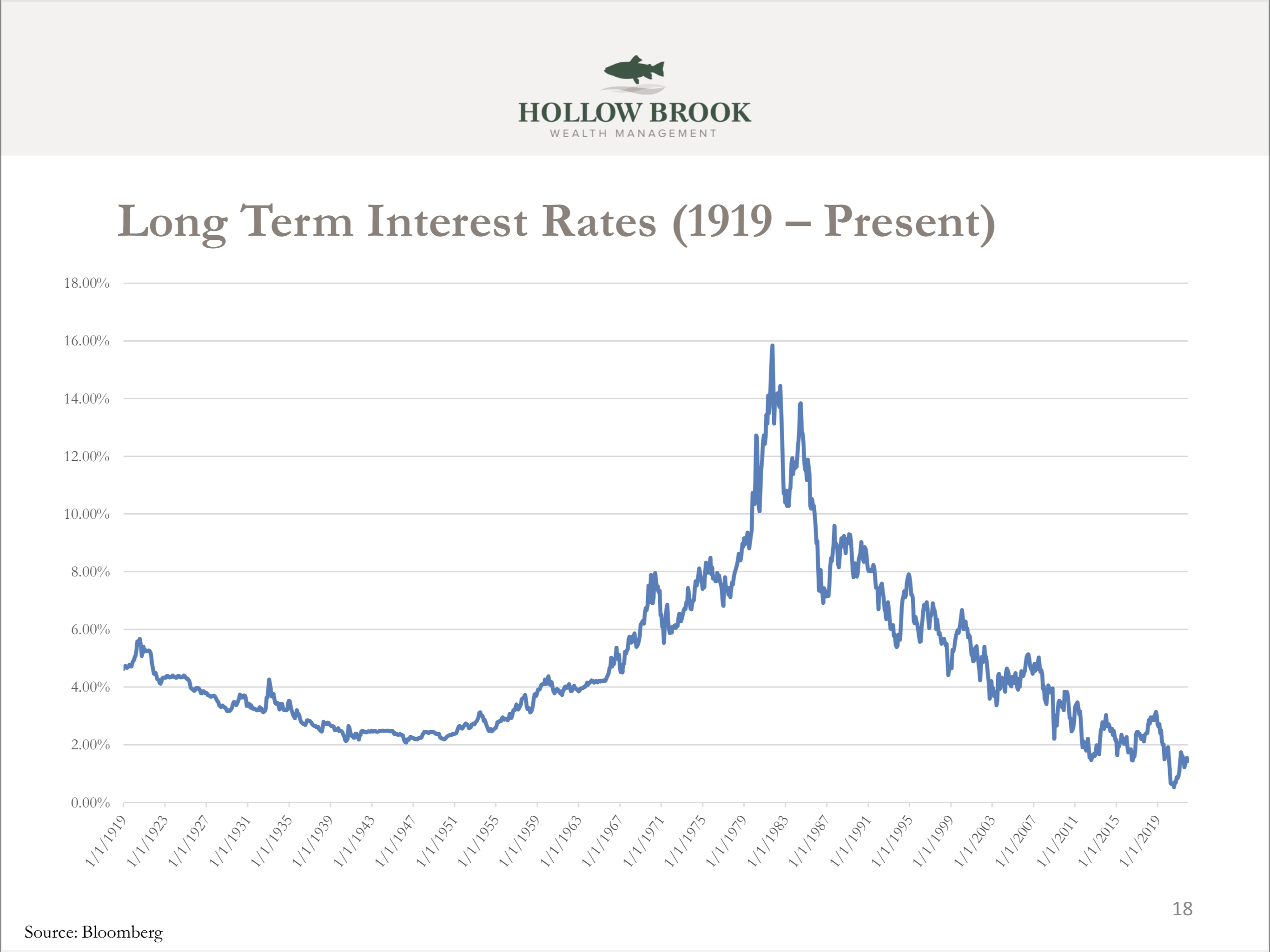 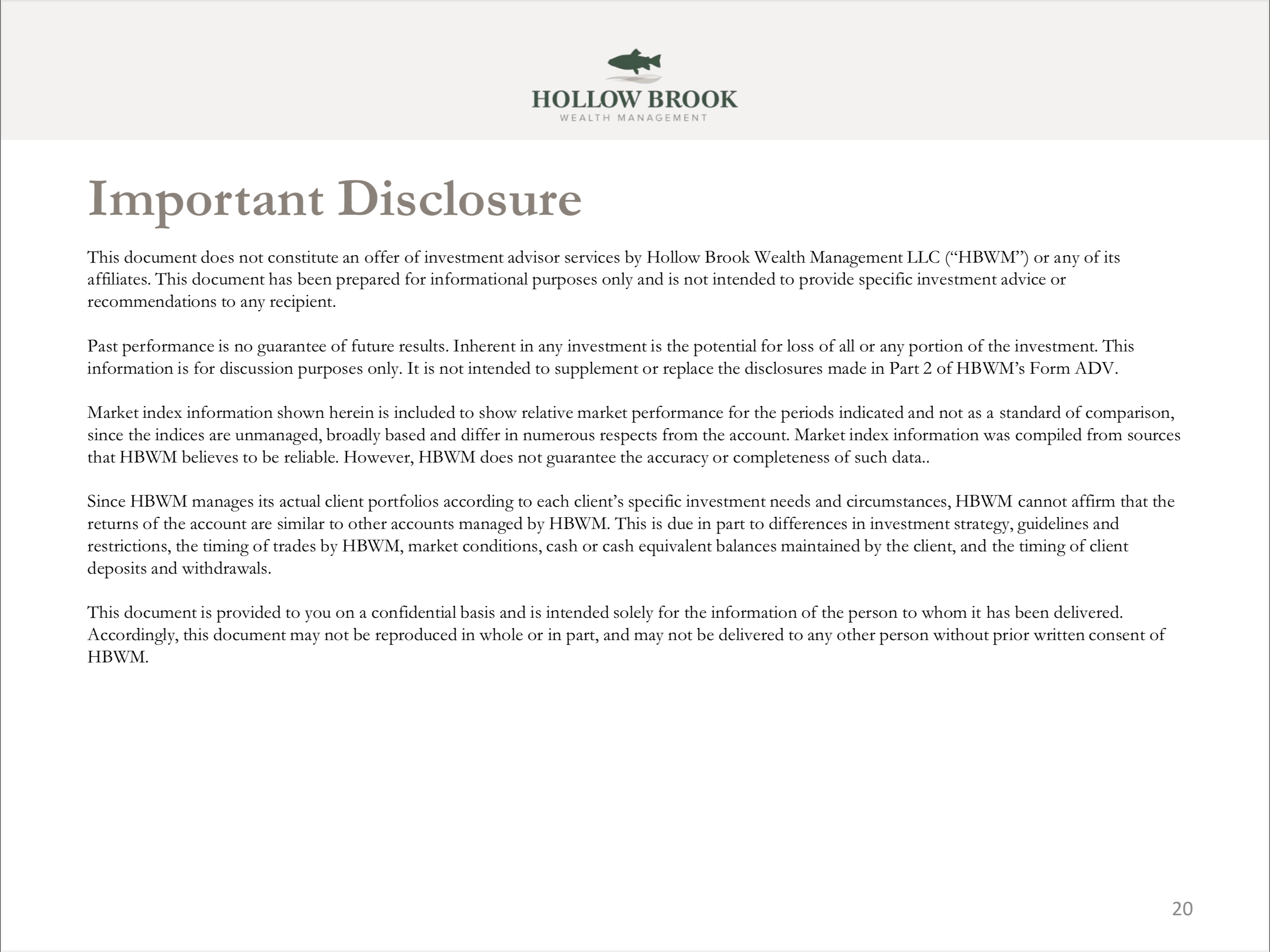 Philip Richter is President and co-founder of New-York-City-based Hollow Brook Wealth Management, LLC. The Turtle Garage Blog, he says, is dedicated to his "love of excessive personal transportation."
View all posts by Philip Richter →
The Fantastic Pursuit of a Special 356 Speedster
The Miles Collier Interview for Sports Car Market