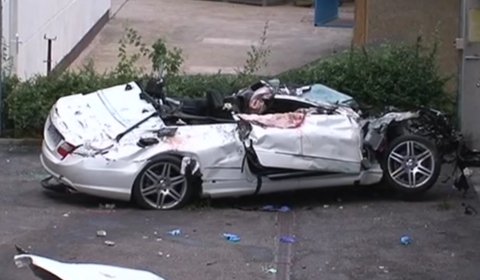 “From April 1 to May 21, Minnesota State Patrol ticketed 232 drivers for going more than 100 mph. By the end of the year, troopers had issued more than 1,000 citations for going that fast—around double the number from the previous year. The top speed in the state, recorded on a citation written in October, was 153 mph.” —The Wall Street Journal

The implications of Covid19 have been far-reaching. For all of us, this has been a very unusual moment in history. Covid19 has been devastating for many and a bonanza for a few. The pandemic has killed hundreds of thousands, crushed airlines and restaurants, but has been a boon for tech companies like Zoom. From record unemployment to delayed elective surgeries to a Renaissance in home cooking and cycling, the pandemic has had a massive impact (some positive and some very negative) on our lives. One thing is for certain—the implications and effects of the pandemic are manifesting themselves in many peculiar and unpredictable ways.

The Wall Street Journal recently reported some curious, interesting, and troubling statistics that are directly related to Covid19. While drivers travelled materially less miles in 2020, they drove a lot faster. The data is fascinating. While vehicle miles dropped by 17% in 2020, the rate of fatalities per 100 rose 18%. As the WSJ article below outlines, “In other words, an inordinate number of people died given how many fewer miles they traveled. It was the highest motor-vehicle fatality rate for that span of time in a dozen years.”

See below for the reposted WSJ article:

Last year, stay-at-home orders to combat Covid-19 cleared the roads of congestion. Fewer competing vehicles should have made driving safer—but instead, the rate of fatal crashes climbed as unimpeded speed demons put the pedal to the metal.

Now, traffic is back to normal in many areas, but some lead-footed drivers are still going full throttle.

“The unfortunate part is we haven’t seen that behavior abate,” said Michael J. Hanson, director of the Office of Traffic Safety at the Minnesota Department of Public Safety.

From April 1 to May 21, Minnesota State Patrol ticketed 232 drivers for going more than 100 mph. By the end of the year, troopers had issued more than 1,000 citations for going that fast—around double the number from the previous year. The top speed in the state, recorded on a citation written in October, was 153 mph.

In other words, an inordinate number of people died given how many fewer miles they traveled. It was the highest motor-vehicle fatality rate for that span of time in a dozen years.

“On less-congested roads, you get fewer collisions, but the collisions you do have are more severe,” said Bob Pishue, an analyst with INRIX, a company that studies traffic patterns.

In a report released last month, Mr. Pishue examined how the Covid-19 pandemic affected collisions on the busiest roads in the nation’s top 25 metropolitan areas and found a 31% increase in the fatality rate during the second quarter. A significant factor in the deaths was speed.

Across the country, at least a dozen states reported clocking vehicles at more than 100 mph, but Minnesota was the first to alert the Governors Highway Safety Association of an increase in the dangerous trend.

“They reached out and said, ‘Hey, is anyone else seeing anything crazy, because here it’s nuts,’ ” said Pam Fischer, an association spokeswoman.

The California Highway Patrol issued 2,493 citations for driving more than 100 mph in the first month of the lockdown, from March 19 to April 19, compared with 1,335 in the same period the previous year.

The Nebraska State Patrol issued 902 citations for going at least 100 mph through October, compared with an average of 538 for the same period in previous years.

And New York City, as The Wall Street Journal recently reported, is on track to record the highest number of traffic deaths since launching a safety initiative in 2014.

In addition to speeding, NHTSA—in a special report examining traffic safety during the second quarter of 2020—found that driving while impaired and forgoing seat belts were prevalent as well.

Last April, the ejection rate was double what it had been the previous year, according to the report, pointing to a decrease in seat-belt use. And data from five trauma centers revealed a higher prevalence of alcohol, marijuana and opioids in crash victims throughout the second quarter compared with previous years.

Travel is now close to pre-Covid-19 levels across the country, but INRIX has found that traffic patterns remain fundamentally changed, perhaps contributing to some drivers’ continuing willingness to push the envelope and risk paying the price.

“The 5 p.m. rush hour is close to normal, but there are free-flow speeds in the morning and very little congestion,” Mr. Pishue said. “Until employers feel comfortable employees will be safe coming into the office, it’s likely to stay this way for a little while.”

In the meantime, traffic-safety officials such as Mr. Hanson are trying to get drivers to ease off the gas.

“Speed is the one driver behavior that makes every mistake worse,” he said, “and it’s a preventable behavior.”

Boiled down, his message to the remaining speed demons is simple.

It’s time to slow your roll.