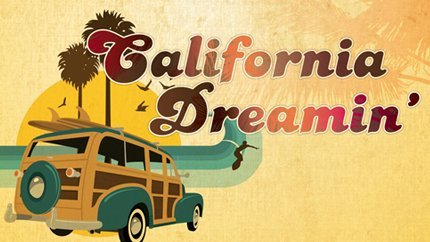 “California Dreamin’ is becoming a reality….”  —John Phillips, The Mamas and the Papas

The New York Times reported today that the state of California will ban the sale of gasoline-powered cars by 2035—a short fifteen years from now. At Turtle Garage, we question the growing assumption that electric drive is the long-term solution. Back in the early 1900s, Henry Ford sought advice from the father of electricity, Thomas Edison. At that time, electric cars were manufactured by several companies in Detroit. Steam-powered cars were competing with electric vehicles and the internal combustion engine. There was no clear winner in the early 1900’s—the standard had yet to be determined. The story goes that Edison urged Henry Ford to use an internal combustion engine for his Model T. Edison believed that the energy density of gasoline was a superior source of fuel for a motor car.

Propulsion for motor cars has not materially changed over the last 100 years. Time will tell, but we remain skeptical that electric drive has a material environmental benefit over the modern internal combustion engine. As we speak, all global automobile manufactures are putting the majority of their research and development money into developing electric vehicles (EV’s). For a fair and accurate EV/ICE comparison, one should look at the full life cycle consequences of an EV. One must consider many variables, including (but not limited to) the mining for raw material inputs, the ongoing energy sources, the limits of the current electrical grid, and the challenges surrounding the disposal and recycling of used batteries.

The energy to power a growing fleet of EVs has to come from somewhere. Until renewables become a much larger part of the energy mix and until photovoltaics and batteries substantially improve, every Tesla will rely heavily on a healthy dose of coal, nuclear power, and natural gas. The current EV model does not scale well. Sure, we will make a lot of improvements in the coming decades and energy will certainly benefit from innovation. However, energy is unlike other industries—history tells us change and progress is glacial—and challenging. There is no free lunch.

See below for the New York Times coverage of the pending California ban on gasoline vehicles.

In an executive order, Governor Newsom directed California’s regulators to develop a plan that would require automakers to sell steadily more zero-emissions passenger vehicles in the state, such as battery-powered or hydrogen-powered cars and pickup trucks, until they make up 100 percent of new auto sales in just 15 years.

The plan would also set a goal for all heavy-duty trucks on the road in California to be zero emissions by 2045 where possible. And the order directs the state’s transportation agencies to look for near-term actions to reduce Californian’s reliance on driving by, for example, expanding access to mass transit and biking.

“This is the next big global industry,” Governor Newsom said at a news conference on Wednesday, referring to clean-energy technologies such as electric vehicles. “And California wants to dominate it.”

California has long cast itself as a global leader on climate-change policy, having already passed a law to get 100 percent of its electricity from wind, solar and other sources that don’t produce carbon dioxide by 2045. But in recent weeks, as the state has been scorched by record wildfires partly driven by rising temperatures, Governor Newsom has found himself pressured to act even faster.
Ramping up sales of emissions-free vehicles in California will be an enormous challenge over a relatively short period of time, experts said. Last year, only 8 percent of the nearly two million passenger vehicles sold statewide were battery-electric or plug-in hybrid vehicles. Transportation remains California’s largest source of planet-warming emissions, accounting for roughly 40 percent of the state’s greenhouse gases from human activity.

“We have a strategy to be as bold as the problem is big, to recognize that we have agency,” Governor Newsom said at the news conference, where he stood before a glittering half circle of electric cars. “We’re not just victims of fate.”

In addition to setting new standards for automakers in the state, California will also likely need to increase financial incentives for people to afford electric vehicles and significantly expand its charging infrastructure, said Don Anair, deputy director of the clean vehicles program at the Union of Concerned Scientists, an advocacy group.

“It’s feasible, but it’s going to take California pulling all the levers at its disposal,” Mr. Anair said.

The order would affect only new-vehicle sales, the governor’s office said. It would not prevent Californians from owning cars with internal combustion engines past 2035 or selling them on the used-vehicle market.

The Alliance for Automotive Innovation, a trade group that represents most of the nation’s automakers, said it welcomed efforts to expand the electric-vehicle market in California, but questioned whether a ban on internal combustion engines was the best way to achieve that goal.

“Neither mandates nor bans build successful markets,” said John Bozzella, the alliance’s chief executive, in a statement. “Much more needs to be done to increase consumer demand for Zero Emission Vehicles in order for California to reach its goals. It will require increased infrastructure, incentives, fleet requirements, building codes, and much more.”

The new executive order would build on California’s existing vehicle policies. State regulators have already set a goal of putting five million zero-emissions vehicles on the road by 2030. In June, the state adopted a major rule requiring more than half of all trucks sold in the state to be zero-emissions by 2035. And regulators are currently working on a rule that could require ride-hailing companies like Lyft and Uber to shift to electric vehicles.

Environmental groups had mixed reactions to Governor Newsom’s announcement. While they applauded the new goal for zero-emission vehicles, they noted that California remained one of the country’s largest oil and gas producers, particularly as energy companies have used hydraulic fracturing to unlock new fossil-fuel reserves in recent years.

“Setting a timeline to eliminate petroleum vehicles is a big step, but Newsom’s announcement provided rhetoric rather than real action on the other critical half of the climate problem — California’s dirty oil production,” said Kassie Siegel, director of the Center for Biological Diversity’s Climate Law Institute.

In his news conference, Governor Newsom said he lacked the authority to ban oil and gas drilling in the state on his own. His executive order sets a goal of ending new permits for hydraulic fracturing by 2024, and he said he would work with California’s legislature to set rules that would better protect vulnerable communities from nearby fossil-fuel extraction and help the state’s energy industry transition away from oil and gas.

“None of us are naïve. California is a fossil fuel state,” he said. “We need to focus on a just transition.”

The oil and gas industry reacted sharply to the order.

Asked why he was moving forward with the electric car mandate by executive order rather than asking the legislature to approve it, Governor Newsom cited the example of the state’s new rule requiring all trucks sold in California to be zero-emissions by 2045, which was rolled out by the state’s clean air regulator, the California Air Resources Board.

“This moment demands leadership, it demands movement,” Governor Newsom said, adding that the truck rule is now being replicated in other states.

In theory, a future California governor could try to undo Mr. Newsom’s rules, though legal experts said it would be difficult. “Executive orders can always be undone by future governors,” said Cara Horowitz, co-director of the Emmett Institute on Climate Change and the Environment at U.C.L.A. Law School. “But once this reaches the regulatory stage, it’s a lot stickier.”

There is one key complication in California’s move: The Trump administration has challenged the state’s authority to set its own pollution standards for cars and trucks as part of its rollback of Obama-era vehicle efficiency rules. California has defended its authority to set its own stricter rules under the 1970 Clean Air Act, but that dispute has yet to be settled by the courts.

Mary Nichols, the chairwoman of the California Air Resources Board, said on Wednesday that she expected the state to be taken to court over the regulations. “We’ll get there eventually,” she said.

Philip Richter is President and co-founder of New-York-City-based Hollow Brook Wealth Management, LLC. The Turtle Garage Blog, he says, is dedicated to his "love of excessive personal transportation."
View all posts by Philip Richter →
Analysis & Expert Perspective: Passion of a Lifetime Auction
My Father’s Oldsmobiles