By Philip Richter on December 31, 2020 in Cars, Electric Cars, The Year in Review

THE AUTOMOTIVE AND COLLECTOR CAR YEAR IN REVIEW—FROM THE REAR VIEW MIRROR AT TURTLE GARAGE:

What a long strange year its been. 2020 began with Carlos Ghosn’s daring James Bond escape from Japan. By March, the world got stuck in neutral as a full-blown global pandemic shuttered car factories, closed dealerships, cancelled concours, and, above all, took thousands of lives. The year ended with Apple announcing further details around their plans to build a self-driving electric car.

On the home front, Turtle Garage continues to evolve. 2020 marks the fifth anniversary of Turtle Garage’s online existence. Our team is working hard to launch the all-new next-generation version of the Turtle Garage website—look for it in the New Year. In 2020, we sold our 2006 BMW E46 M3 and our 1990 911 Carrera 4. Blythe took her Lexus coupe in for a routine service and came home with a new LC 500. This un-Lexus is basically a Japanese engineered Chevelle SS. Lexus may have created the ultimate GT car with the LC500.

Our 1937 BMW R6 won its class at the Boca Raton Concours. We added an interesting numbers-matching 1938 BMW R51. You can read more about this remarkable machine here. We inched forward with several pre-war BMW restorations (two R5’s and one R71). The painstaking restoration work is occurring in Los Angles at Vintage German Motorcycles with noted pre-war motorcycle restoration expert Mike Dunn. We also made the plunge and added Bimota as a brand of interest at Turtle Garage. We have long coveted this quirky, special, and storied Italian brand. We acquired investment grade examples of both a Tesi 1D and a Dieci. It is our view that Bimota is a marque that is significantly undervalued by the market today.

During the Covid lockdown, we also embraced cycling and built a Santa Cruz mountain bike. Thirty mile days are now a regular occurrence on the carbon fiber 19-pound masterpiece. As a result of this exercise regimen, twenty pounds have been shed. Ironically, my body’s weight loss equals the weight of the bicycle itself! Most mornings now begin with a long bike ride along the elevated gravel levee that runs across the edge of the Everglades from Palm Beach to Miami. 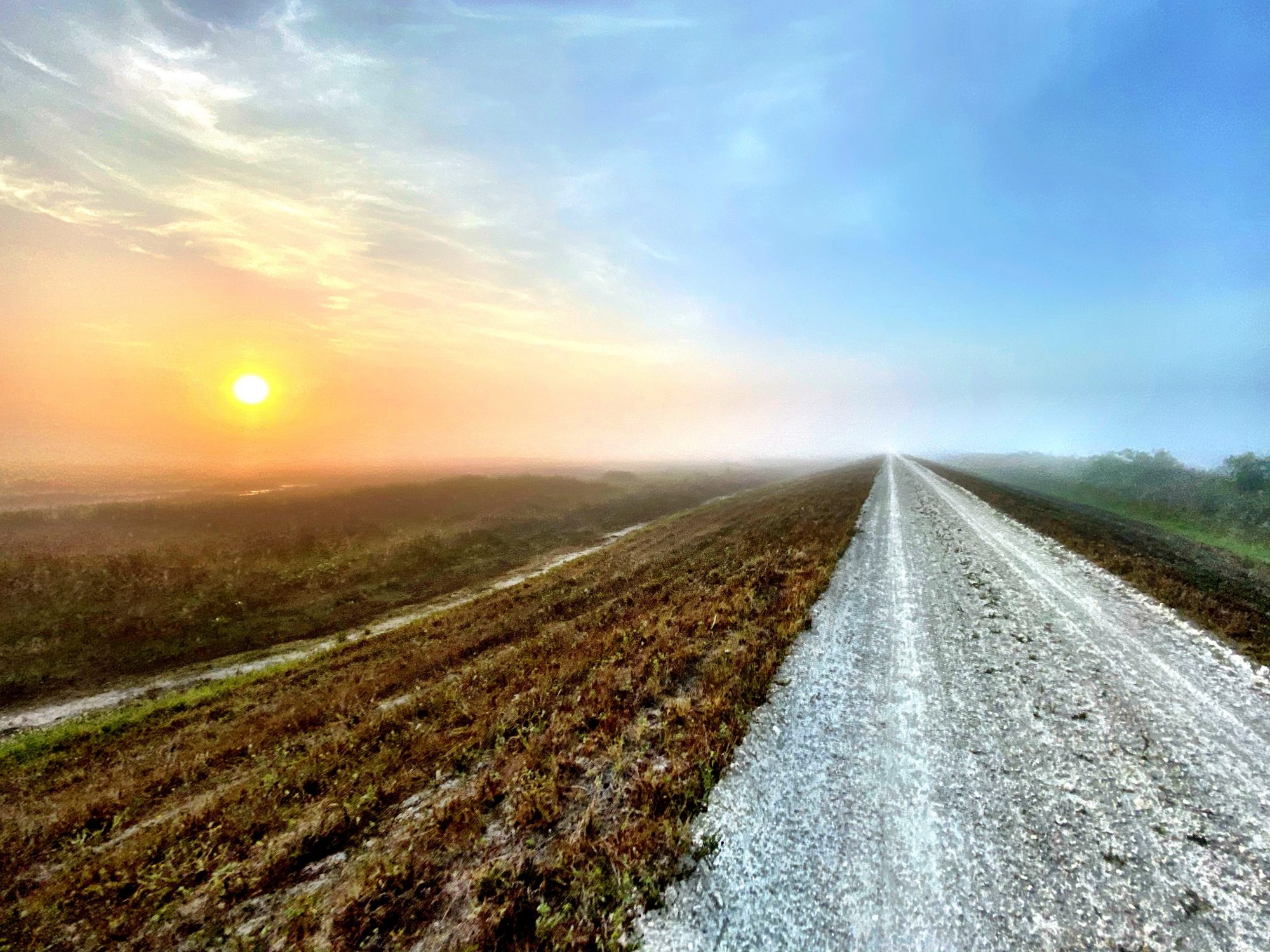 The levee that runs from Wellington to Miami (Photo: Kathy Russell) 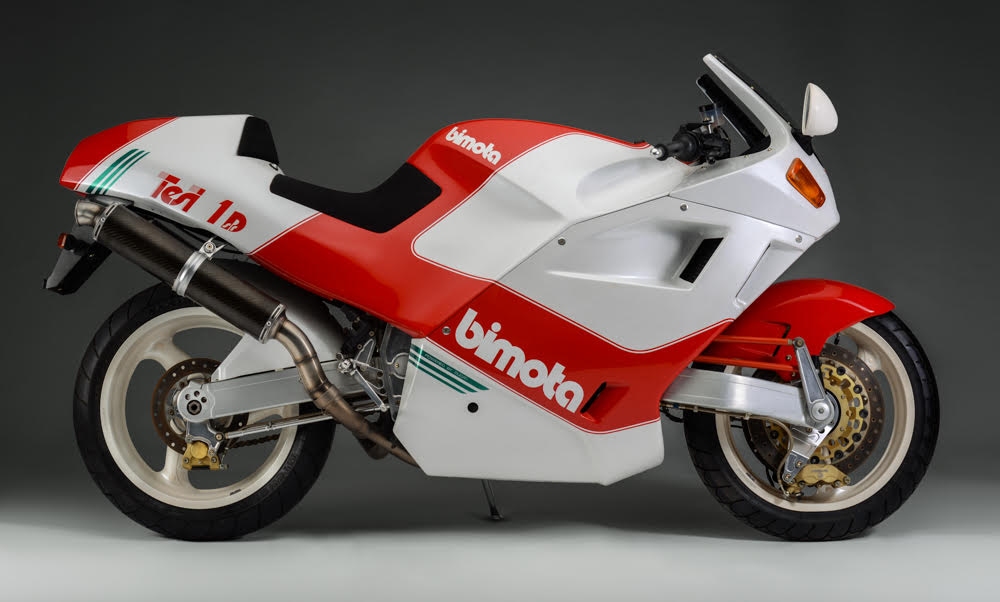 Finally, in 2020, we opened up Turtle Garage South (TGS) in Wellington Florida. This “southern Turtle” has dual Advantage hydraulic car lifts that provide storage space for four cars in the space of two. We also have room for several motorcycles. TGS has ample office space, a lounge, and a bathroom. The current cars residing at TGS includes the Audi R8, the BMW E30 M3, and the Mercedes-Benz 190E 16V. The TGS motorcycle collection includes a BMW R6, a BMW R69S, and a BMW HP/2 Enduro. Come by for some sun and a visit! 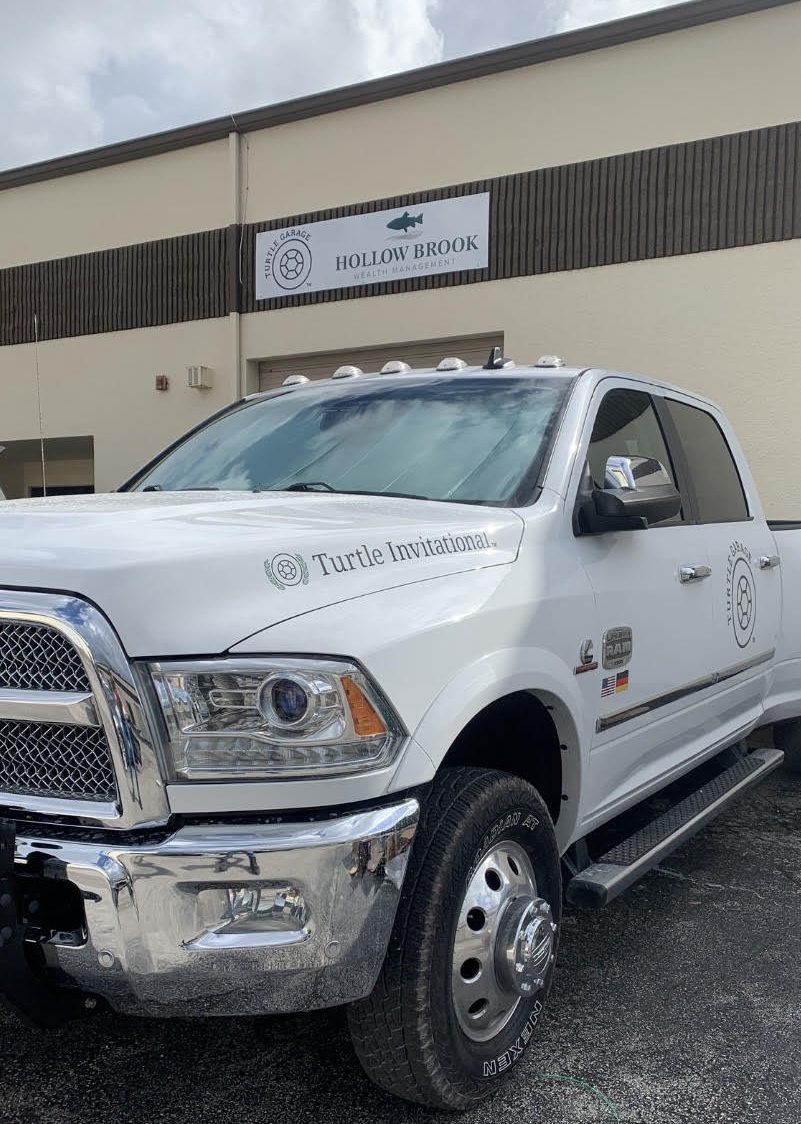 THE YEAR IN REVIEW:

The arrival of Covid19 caused the cancellation of car shows, closed car factories, and shuttered auto dealerships.  Inventory became scarce (and in some cases it remains hard to find certain vehicles). Covid 19 created a bicycle and motorcycle boom as demand for two wheeled vehicles (and toilet paper) surged during the pandemic.

During Covid, used car prices surged as more people shied away from public transportation. Uber saw a drop in its ride hailing business but a demand surge in its Uber Eats platform. The oil price fell to zero and then went negative. In effect, oil producers were paying buyers to take the commodity off their hands because they feared that storage capacity was running out. Demand for oil basically dried up as lockdowns across the world kept people inside. As May turned to June, more and more electric vehicles debuts were announced by manufactures. With the launch of the successful Porsche Taycon, the move towards electrification seems to be accelerating. GM, Hyundai, Volvo, Bentley, Jeep and Porsche all have a slate of electric vehicles in the later stages of development. Consumers will have many electric vehicle choices by 2022. Ford is moving ahead with the Mustang Mach-E. Mercedes is launching six new EQ line of vehicles, starting with an electric luxury sedan called the EQS. It appears that Tesla will have some stiff competition in the coming years.

Traditional auction housed scrambled to move more auctions online. Bring a Trailer (BAT) took center stage and was a beneficiary of the pandemic. Collector car interest surged as enthusiasts were sitting at home waxing nostalgically about the good old days in that 1972 Datsun 240Z. Prices for Japanese collector cars jumped as investment-grade 240Z’s and Supras climbed to six figures. Sellers learned that presentation and documentation is everything when selling online. Gooding’s online “Passion of a Lifetime” auction shattered Bentley records. An E30 BMW M3 sold for $250,000 on BAT. Even BAT itself got sold to Hearst for an undisclosed fortune. On the show circuit, Amelia Island was the last full-fledge concours before a series of cancellations. While the venerable Pebble Beach Concours got cancelled, the storied Sturgis motorcycle rally was stronger than ever.

A series of high-profile industry titans crossed the finish line in 2020 including Sir Stirling Moss, John Lamm, and David Word. 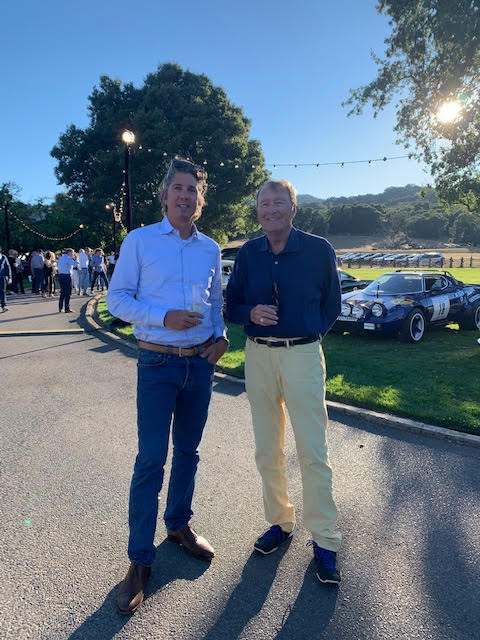 Philip and the late David Word at Pebble Beach in 2019

BMW launched the outlandish R18 motorcycle, a wink and a nod to the classic 1936-1937 BMW R5. Early sales figures indicate its a success. 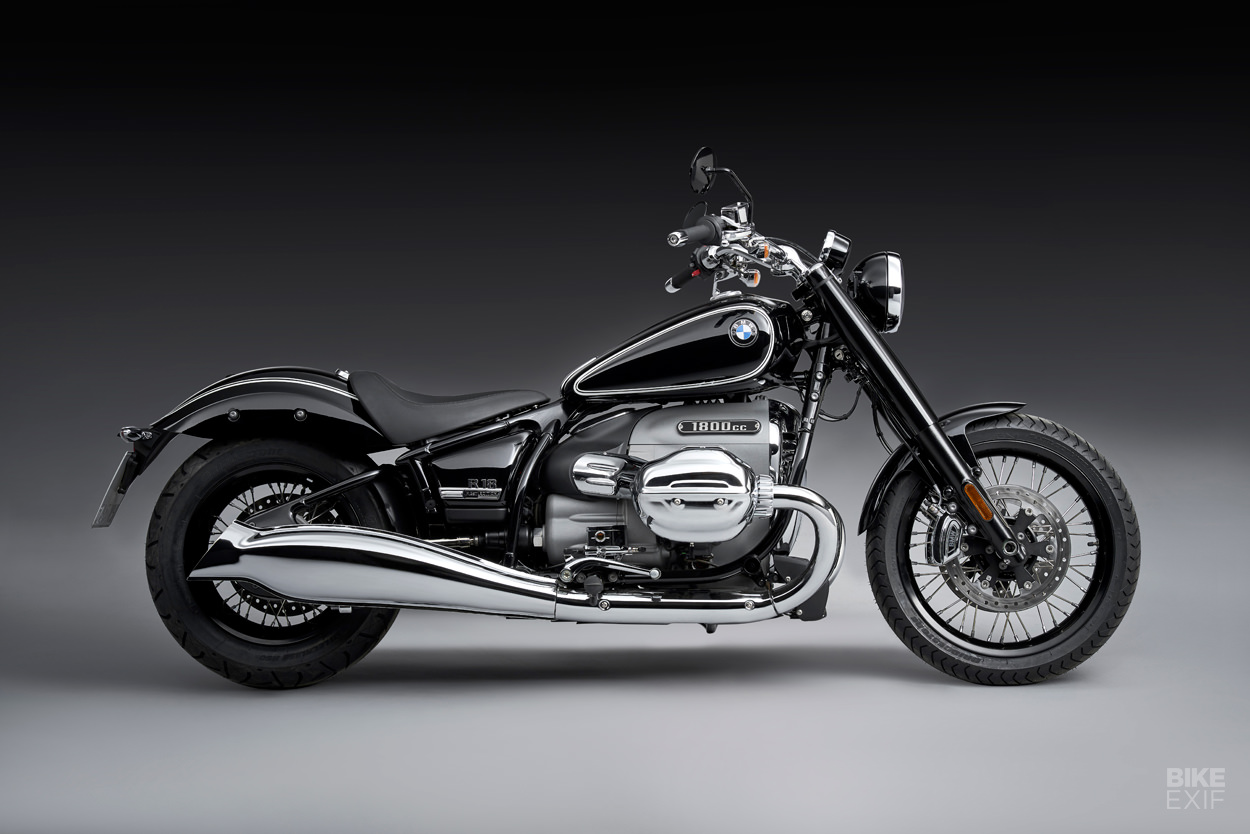 A growing number of custom shops began electrifying cars like the VW beetle and the Datsun Z. Look for the electrification of classics to accelerate into 2021 and beyond.

Cross country Cannonball records were shattered during the pandemic. Nobody knows of sure, but during the early stages of the quarantine several drivers made the illegal non-stop run across America at blistering speeds. Audi seemed to be the pandemic Cannonball chariot of choice as two records recorded in 2020 were behind the wheel of an A8 and S6.

Ford and GM produced cars and ventilators. Sedan sales continued to plunge across most brands. Trucks went retro and got really powerful. Ford launched the all-new Bronco. Dodge rolled out the TRX—a Ford Raptor killing super pick up. GMC made plans to bring back the Hummer. Jeep announced the eight-cylinder HEMI Wrangler and the re-birth of the Grand Wagoner. Even stodgy Land Rover stepped forward with radical all-new Defender.

Turtle Garage friend and United Kingdom-based collection advisor Robert Freeman won the highly coveted BMW Classic Award. The Knochlein Award is given annually by a panel of forty people and Robert was the unanimous winner for 2020. His tireless efforts for the BMW Club UK have paid off and he is the first Brit to receive this prestigious award. Robert has played a pivotal role in helping Turtle Garage source and sort out several 1930’s BMW’s. Congrats Robert! 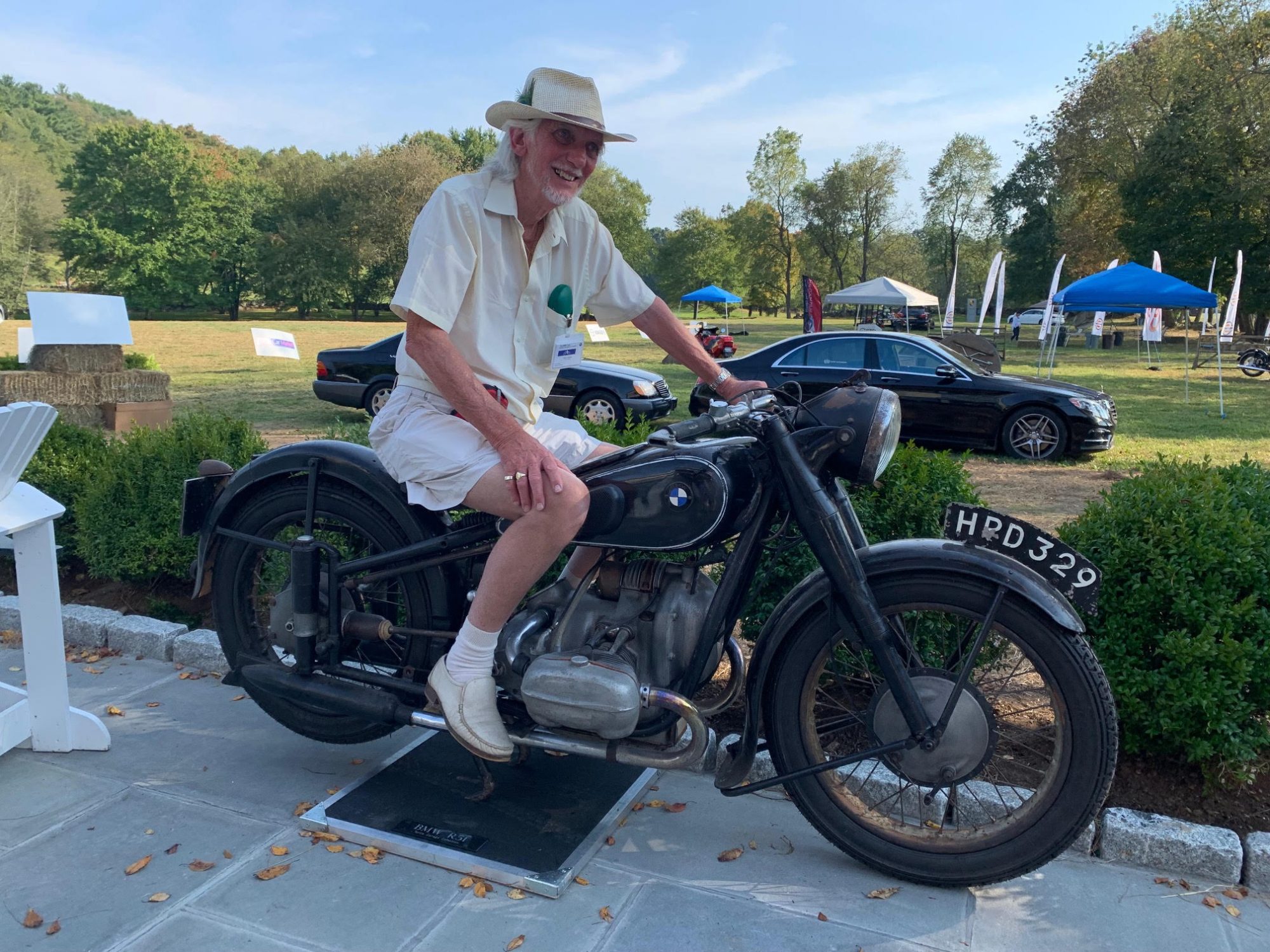 Robert Freeman at the 2019 Turtle Invitational

Tesla achieved five consecutive quarters of profit and Wall Street took its stock to parabolic levels. Elon Musk’s miracle company is now trading at a market capitalization of $677 billion (for some perspective, Toyota is trading at a measly $250 billion). In what might represent the ultimate ludicrous bubble, Tesla now trades at 1,400 times earnings. Regardless, Tesla’s success cannot be ignored and the once-chaotic start-up has now been admitted into the S&P 500. Ferrari’s value also climbed as Enzo’s prancing horse overtook the value of Ford. This stunning valuation outcome adds another chapter to the Ford v Ferrari saga.

Doug DeMuro’s YouTube channel saw increased traffic in 2020. Doug profiles old and new cars in a unique way. We like his show and recommend it to TG subscribers. You can access it here.

Toward the end of the year, Apple announced more detailed plans and a firm intent to launch a self-driving electric car by 2024 with “next level” battery technology. As Keith Martin so eloquently said, “I think we are in the second Golden Age of the ICE. 1956 to 1974 was the first. How amazing we get to enjoy both. We will never see another.”

And finally, in December, at age 78, Paul McCartney released a new album that was recorded at his barn in Sussex England during the pandemic lockdown—he plays all the instruments himself on each track. Its definately one of the better things to come out of Covid 19—give it a spin. 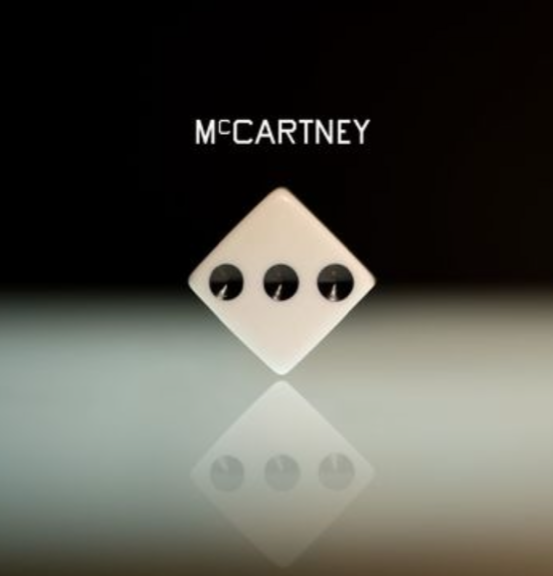 Wishing all motoring enthusiasts and Turtle Garage subscribers a wonderful, happy, and healthy 2021! Thank you for your support!