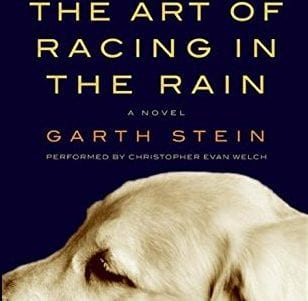 By Philip Richter on September 9, 2018 in Auto Racing, Books

“That which we manifest is before us; we are the creators of our own destiny. Be it through intention or ignorance, our successes and our failures have been brought on by none other than ourselves.”
― Garth Stein, The Art of Racing in the Rain

Most would probably agree that milestone books are those that still remain relevant and popular well over one hundred years after their initial publication. To join the elite club of universal masterpieces like Moby Dick, Pride and Prejudice, The Count of Monte Cristo, and a Tale of Two Cities a book must stand the test of time. Some great literary works sit unread for decades only to be discovered long after their authors have left this world. The Great Gatsby was not a commercial success until after F. Scott Fitzgerald’s death. Every so often a contemporary book comes along that breaks the rules and becomes instantly important—books like Malcolm Gladwell’s Blink come to mind. Published in 2008, The Art of Racing in the Rain is a fantastic read that deserves to be considered a modern classic. The meaningful life lessons between its pages are valuable to all readers—not only those of us with a passion for cars and racing.

Instead of performing a comprehensive book review here, we will leave it to our subscribers to draw their own conclusions from The Art of Racing in the Rain. The tear-jerking storyline and meaningful messages within this book must be experienced and interpreted directly by the reader. For me, reading The Art of Racing in the Rain was a profoundly personal experience. I found the audio version (available at Audible.com) to be a great way to pass the time on the long commute to New York City. Make it a point to read this beautiful book! A few efforts to produce a movie version have failed, but it looks possible that a film is in the making.

Turtle Garage also recommends listening to Mark Greene’s Cars Yeah revealing interview with The Art of Racing in the Rain author Garth Stein. In this engaging interview, Stein reveals his epic struggle to find a literary agent willing to publish and promote his unusual book. Why did Stein face so much rejection? Conventional publishers refused to get behind a book written from the perspective of a dog. By chance, Stein finally found a publisher and the rest is history—the book sold millions of copies and became a New York Times bestseller. As Winston Churchill said, “Never give up. Never, never, never give up!”

Some key primer quotes from the book:

“To live every day as if it had been stolen from death, that is how I would like to live. To feel the joy of life, as Eve felt the joy of life. To separate oneself from the burden, the angst, the anguish that we all encounter every day. To say I am alive, I am wonderful, I am. I am. That is something to aspire to.”

“People are always worried about what’s happening next. They often find it difficult to stand still, to occupy the now without worrying about the future. People are generally not satisfied with what they have; they are very concerned with what they are going to have.”

“This is a rule of racing: No race has ever been won in the first corner; many have been lost there.”

The author with his Alfa Romeo GTV 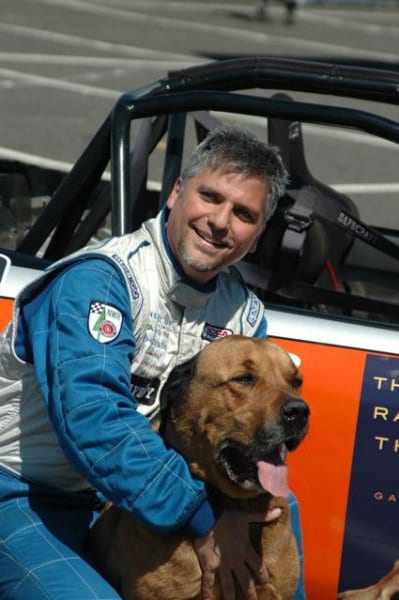 The author at the race track 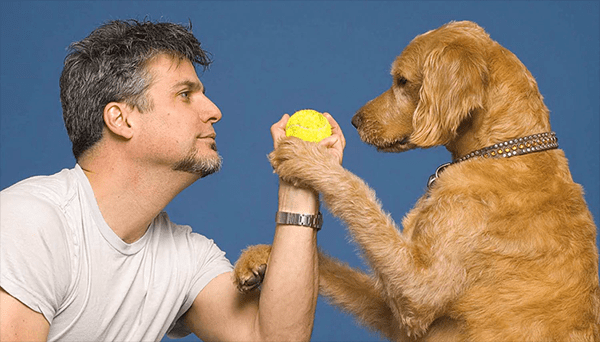 The author with his dog

Philip Richter is President and co-founder of New-York-City-based Hollow Brook Wealth Management, LLC. The Turtle Garage Blog, he says, is dedicated to his "love of excessive personal transportation."
View all posts by Philip Richter →
1995 Mercedes-Benz S600 Coupe: Very Well Bought
Radnor in the Rain: The Show Goes On!