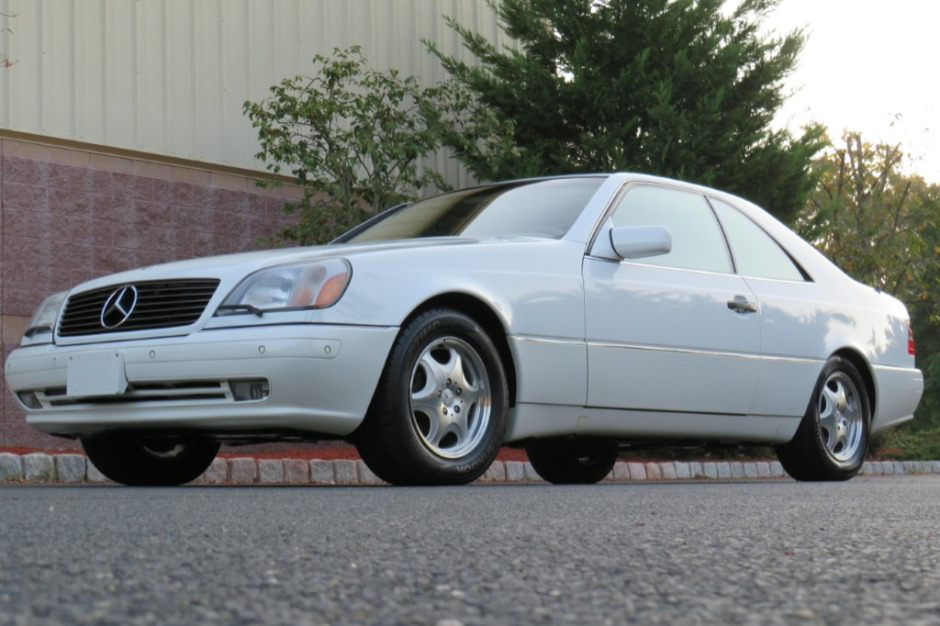 By Philip Richter on October 31, 2020 in Auction Spotlight

The infamous Mercedes-Benz W140 series is perhaps the largest and most over-engineered S-class of all time. With over $1 billion spent in development (back in the late 1980s!), the cars are complex and over the top. Upon its launch, owners complained that the W140 would not fit down skinny side streets in Munich. Environmentalists complained the car represented total 1980’s excess in weight and fuel consumption. The car was the direct result of an arms race with BMW to build the ultimate luxury liner complete with a V12—in fact, the W140 was the first S-class to offer a V12. Today these massive cars are starting to command attention. They are incredibly well built and very comfortable to drive. When you drive a W140 you feel like a head of state. Mercedes has built nothing like the W140 since.

This 1999 Mercedes-Benz CL500 was originally delivered to Inskip Autocenter of Warwick, Rhode Island and remained with the original owner until October 2020 when it was acquired by Dean Laumbach. The car is finished in attractive white over beige leather and powered by a 5.0-liter M119 V8 paired with a five-speed automatic transmission. Features include xenon headlights, a self-leveling rear suspension, a sunroof, Parktronic, power-adjustable and heated front seats, cruise control, automatic climate control, a rear sun shade, and a factory cassette stereo. This final-year CL500 has only 20,000 miles and was sold with the window sticker, manufacturer’s literature, a data card, a clean Carfax report, and a clean Florida title.

This auction outcome was on the rich side but still this CL 500 was very well bought. If it had a V12 it would have been bid up further. Watch these stately coupes appreciate. Well bought.

Philip Richter is President and co-founder of New-York-City-based Hollow Brook Wealth Management, LLC. The Turtle Garage Blog, he says, is dedicated to his "love of excessive personal transportation."
View all posts by Philip Richter →
A Big Wing Benz is Getting Lift!
The Tale of the Dino