By Philip Richter on August 15, 2020 in Cars, Test Drive, Uncategorized

“I shall not today attempt further to define the kinds of material I understand to be embraced within that shorthand description [“hard-core pornography”], and perhaps I could never succeed in intelligibly doing so. But I know it when I see it, and the motion picture involved in this case is not that.”

This famous quote by Justice Potter can be applied to many aspects of life. Often our senses tell us something certain, yet that experience remains difficult to define. If Justice Potter was a car enthusiast, he might agree that the feeling of driving a Lexus is another example of the paradox he so eloquently defined. It is far from easy to define what makes a Lexus feel like a Lexus—yet you somehow know it when you experience it.

In the late 1980’s Toyota, Honda, and Nissan all entered the luxury segment—Lexus, Acura, and Infiniti were born. Lexus put forth the LS400 sedan, Acura launched the Legend sedan, and Infiniti created the Q45.  The rest is history. Of the three Japanese luxury brands, Lexus has pulled away from the pack and become a resounding, lasting, and popular success.

I remember when family friends of ours traded in their stately S-class for a 1990 LS 400.  I recall asking myself, “what in the world are they thinking?” But then I rode in their big new LS and observed how refined, quiet, smooth, and comfortable it performed. Perhaps what I noticed most about the then-new Lexus was the absence of Germanic characteristics like firmness, angularity, and an overweight feel.

The first-geneation LS400 was a large sedan and set the tone for future Lexus models. 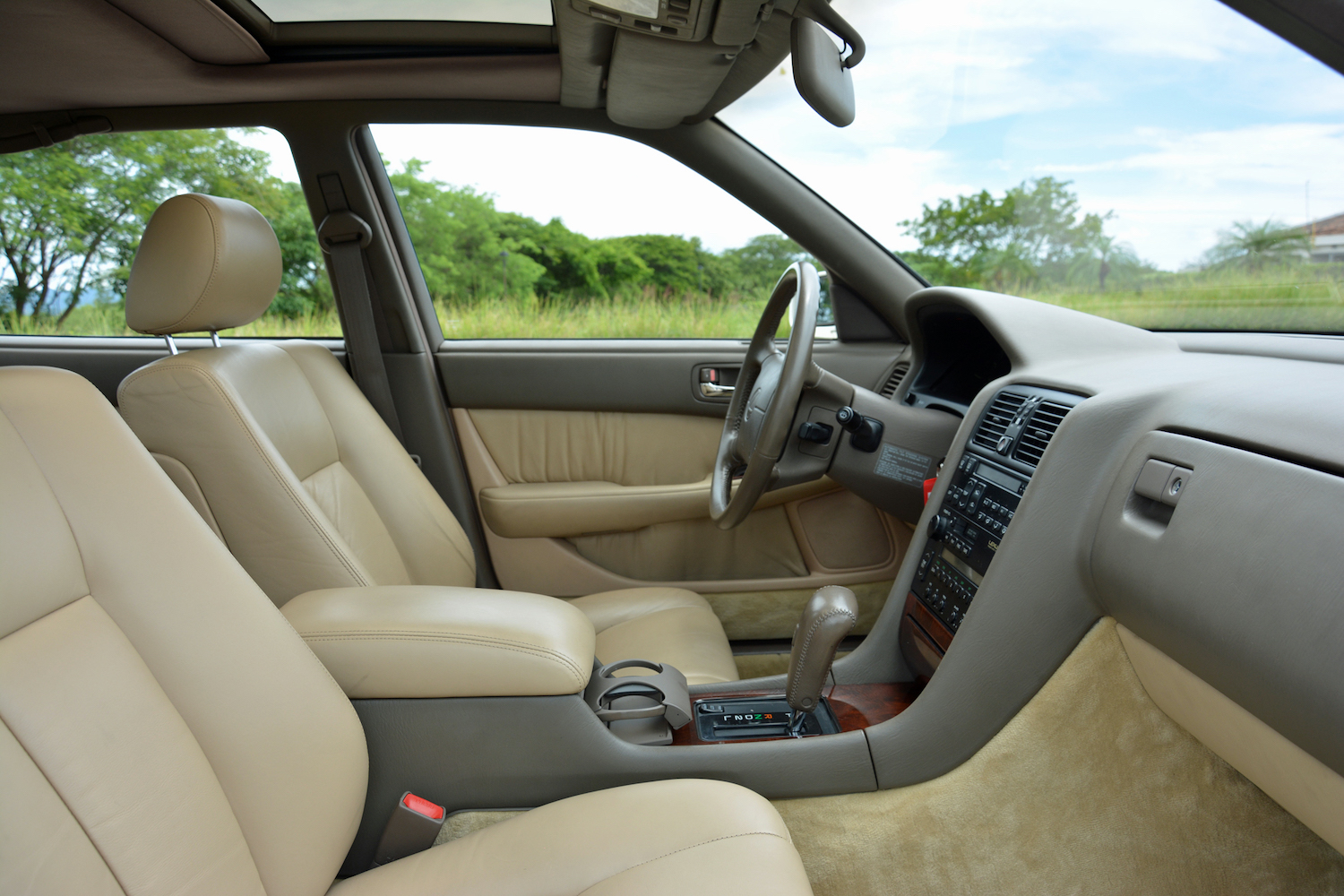 Back in 2006, I had another encounter with a more modern Lexus. My friend had a Lexus RX SUV and I borrowed it one weekend to drive from New York City to Bedford. I recall being shocked by its deep comfort and smooth cloud-like ride. The steering felt like velvet. The transmission felt like a CVT because the shifting was imperceptible. The feel evoked by the RX was luxurious—soft but not spongy. I recall liking her RX—but as an motoring enthusiast I felt removed from the driving experience.

Fast forward sixteen years and I have experienced yet another Lexus moment. My girlfriend Blythe has been a loyal Lexus customer for many years. She has owned a series of Lexus cars from SUV’s to sporty coupes. At one point she had the hulking LX SUV (basically a leather-lined Toyota Land Cruiser V8), and the smaller RC coupe. Today, she has a current-generation RX SUV as well as the Lexus interpretation of a near-supercar, the sleek LC500 coupe (an entire blog post is forthcoming on this V8 beast). 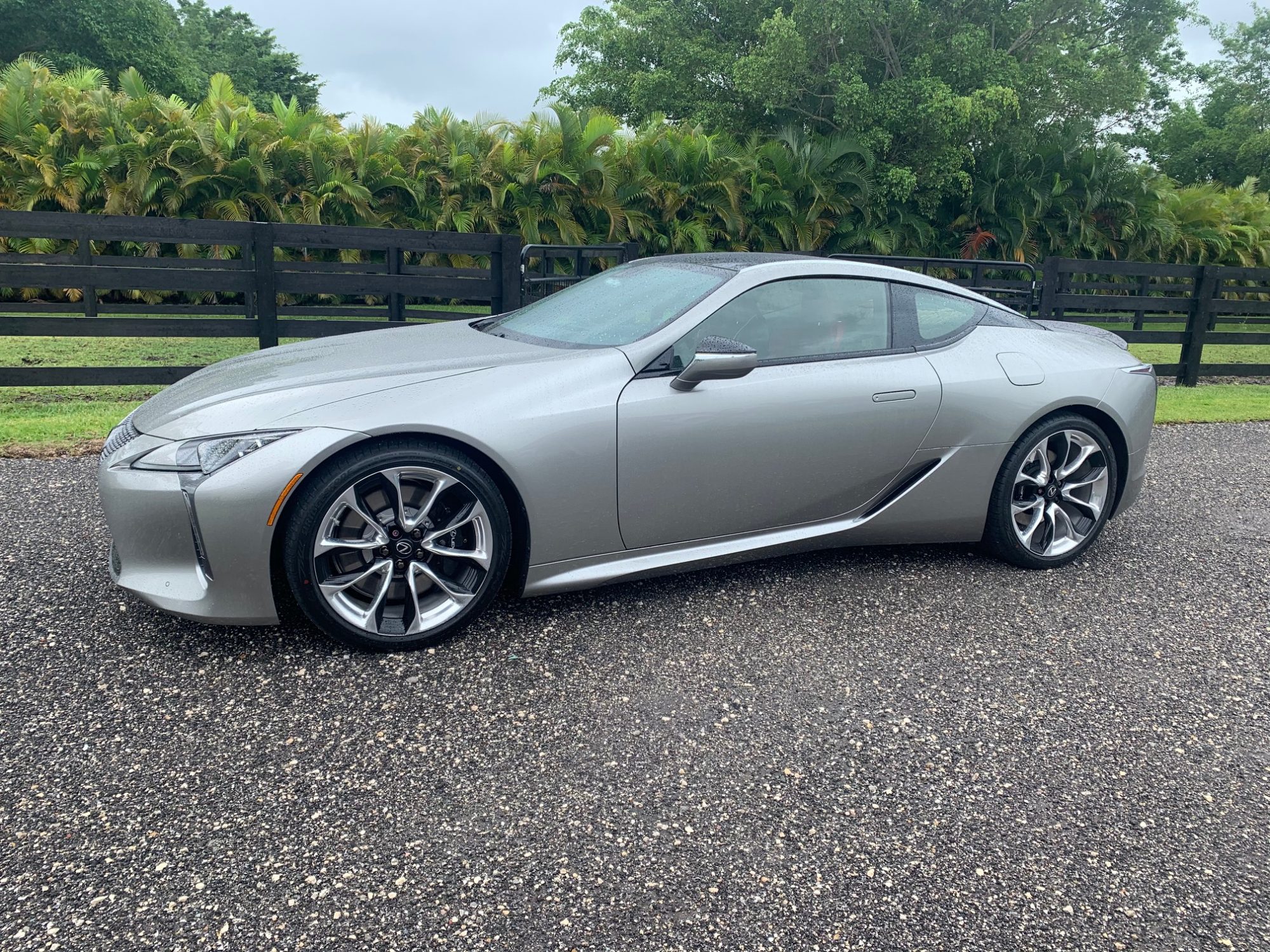 I recently dropped off Blythe’s Lexus RX SUV for service at the local dealership and they gave me a loner ES sedan. While driving the RX to the dealer, and returning in the ES, I could not help but notice a strong common thread between the two very different cars. I suddenly connected the dots! Lexus somehow bestows a unique unequivocal feel upon its driver regardless of the year or model. That feeling may be hard to precisely define but it certainly exists. Driving back from the dealer in the loaner ES, I recalled riding in the 1990 Lexus LS400 years ago as well as driving the old RX back in 2006. Decades apart, the much newer RX and ES somehow felt eerily similar to their ancestors.

Every brand of car has a famiilar feel of some sort. Iconic brands like Ferrari and Porsche certainly have their own bespoke feel. However, an encounter with a Lexus is somehow altogether different and it is actually less about driving and more about the entire experience. The fit, finish, and comfort-focused engineering of a Lexus seem to soften driving into an act of being comfortably numb. For example, driving a LS sedan is somehow a sideshow when compared to the overall Lexus luxury experience—what makes a Lexus a Lexus is not how it drives but rather the way it drives. That difference is subtle but important. The brand clearly appeals to upscale consumers who consider a car as a utility. As a passionate car aficionado, my mind wants to reject the sedative feel of a Lexus. With that said, I still somehow really like it.

We recently drove Blythe’s new LC500 from Palm Beach to Islamorada. In the case of the new Lexus super coupe, the vehicle takes the best of that familiar Lexus feeling and combines it with just the right amount of raw edge and useable horsepower. Across the model line, Lexus creates an experience that minimizes the experience of driving without eliminating it. With the exception of the LC 500, Lexus cars tend to insulate the driver from road feel and almost inoculates one from the driving experience. The Lexus experience does not eliminate fun like a modern day Buick Novocaine, rather, Lexus achieves something that is just right.

Let me try to further explain and define my obtuse, unclear, and unintelligible observations of what specifically constitutes the feel of a Lexus. 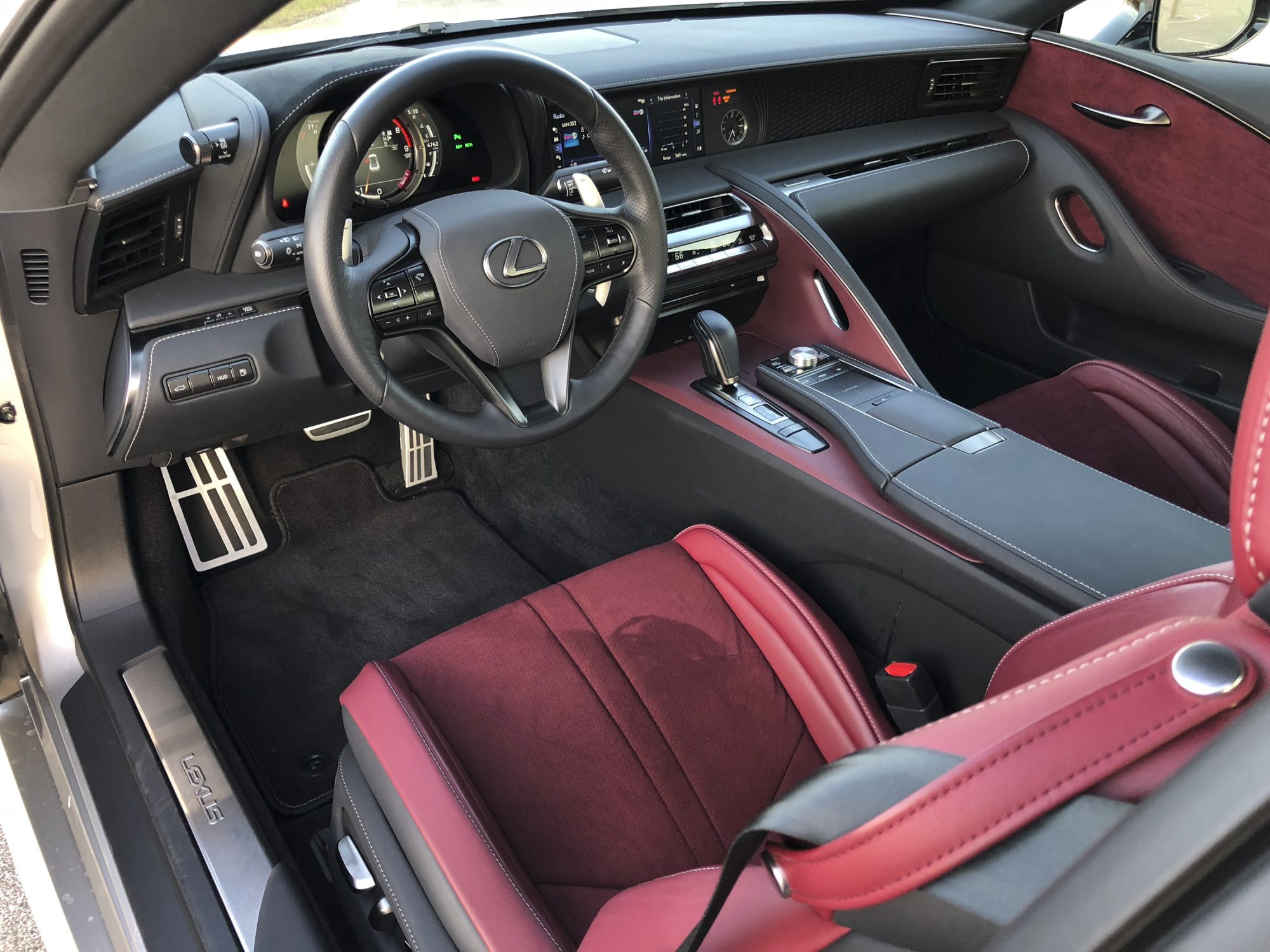 The interior of the LC500 is breathtaking

Every Lexus I’ve encountered shares the following attributes: The seats are supportive and firm, but they also have a “pillow top” feel to them. Interiors are sculpted and adorned with soft edges. There is brushed nickel in the place of bright chrome. The armrests feel firm and are luxurious and soft to the touch. The interior door handles seem to float off the door panels. The steering feels heavy but silky smooth and accurate to the hand—even over dirt roads. The doors feel heavy in your hand and close with an authoritative “thud.” All the interior buttons feel soft yet substantial with just the right resistence. Even a turn of the radio station feels like warm butter. The addition of extra interior insulation noticeably reduces cabin noise. The power of a Lexus is normally nothing to write home about—the brand has never built its reputation on excessive high performance. However, the smoothness of the power delivery combined with whisper quiet engines further defines the product and sets it apart. Lexus proves that some consumers don’t prefer a raw and edgy driving experience. Rather, they want a pure luxury experience—and it does not necessarily need to be all about driving or performance.

The next time you drive a Lexus think about what it does to your senses. I may not be able to define an encounter with a Lexus—but I sure know it when I feel it. 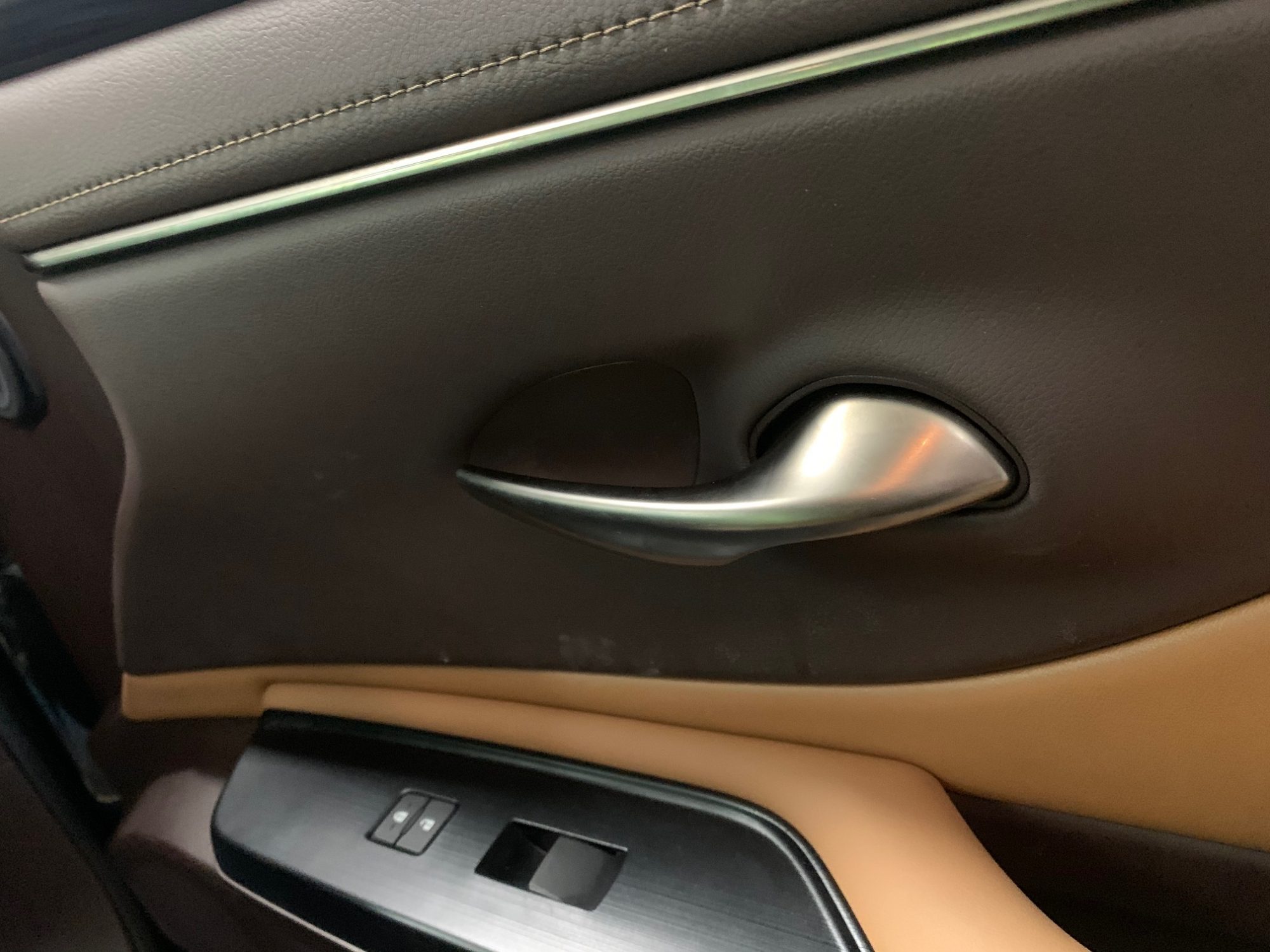 The tasteful door handle on the ES just hangs out there on the door panel. The LC500 has a similar design. 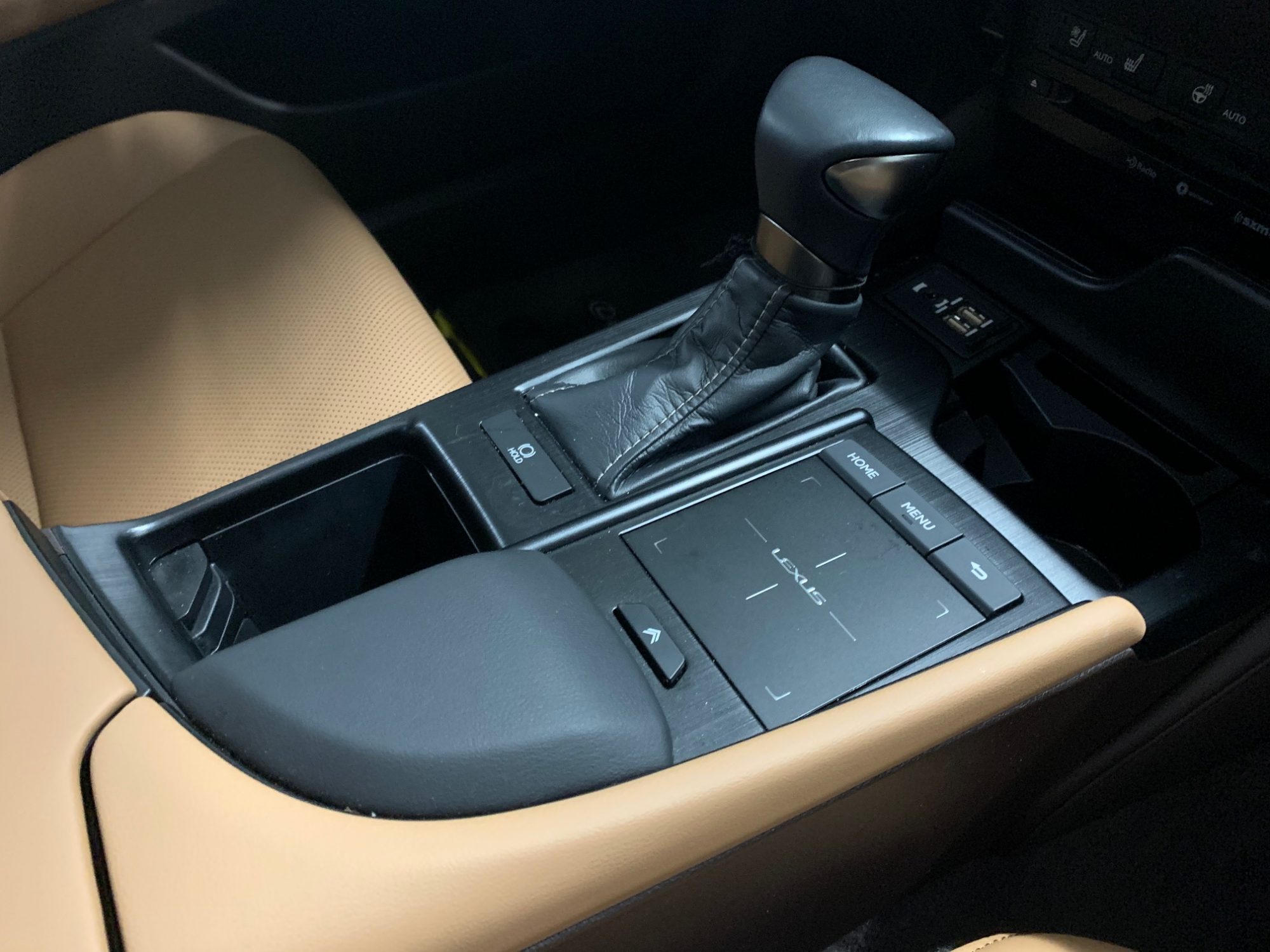 The ES sedan utilizes the exact same intuitive interface as the $100,000 LC500 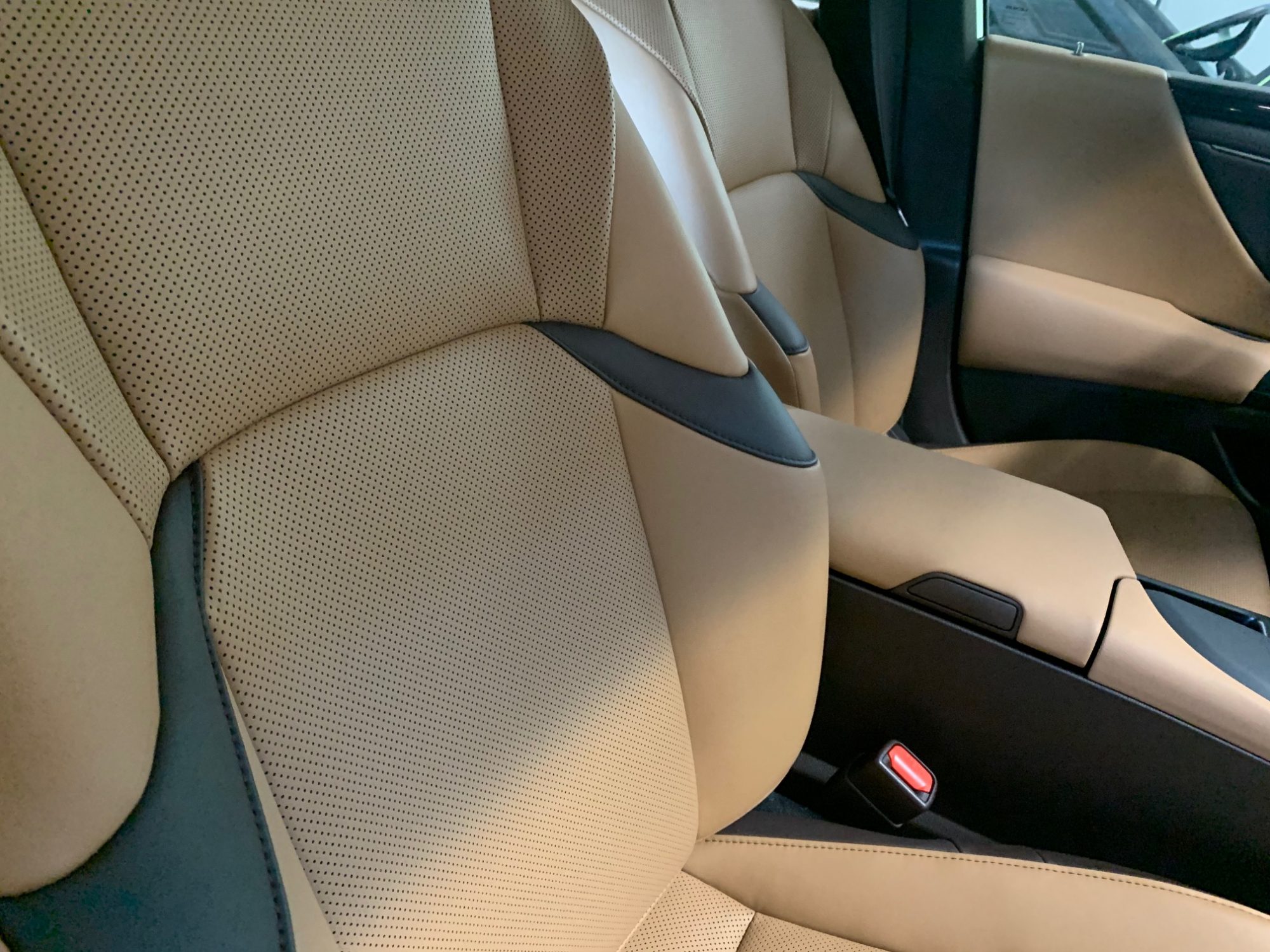 The ES seats had that special Lexus feel.

Philip Richter is President and co-founder of New-York-City-based Hollow Brook Wealth Management, LLC. The Turtle Garage Blog, he says, is dedicated to his "love of excessive personal transportation."
View all posts by Philip Richter →
Gobsmacked!
SCM Live Has Arrived!