“Historic Festival 35 is always a tremendous automotive and racing extravaganza that showcases close to 2,000 historic, vintage, racing and collector cars over its four days, from race car parades through town and three dozen vintage races to a prestigious concours on Sam Posey Straight and a huge collector car show. With Honored Collectors, Honored Guests and dozens of other special features, Historic Festival 35 is a must-do for any car person.” —Lime Rock Park Website

You can get more information and pre-purchase tickets here.

Lakeville, Conn., August 9, 2017. Motorcycle Collector of the Year, Philip Richter, and his two-wheeled Best in Class winner return to the Lime Rock Park Historic Festival Sunday in the Park Concours d’Elegance on September 3, 2017. Joined by many of its garage mates, the Historic Festival 33-awarded 1937 BMW R6 will take center stage among the stellar exhibition. www.limerockhistorics.com

Philip Richter’s extensive motorcycle and automobile collection shows a penchant for German design and engineering. His German-born father and family suffered during the Nazi regime, and he shares that, “Largely as a result of my personal family history, I have always been fascinated by this complex and tragic era.”

A lifelong motoring enthusiast, Richter explains thatt, “I don’t always go for the most powerful or expensive vehicle. I like cars and motorcycles with interesting stories—about their design, production, ownership, or place in history.” Among his Turtle Garage stable to be spotlighted at Sunday in the Park will be his 1937 BMW R6, 1938 BMW R71, 1938 BMW R51, 1969 BMW R50, 1962 BMW R60/2, 1966 BMW R69S, 1990 BMW K1 and 2005 MV Agusta F4. “The Sunday in the Park Concours d’Elegance is a premier event and I am honored to participate and display some of the rare vintage BMW motorcycles from the Turtle Garage Collection,” remarked Richter.

A contributor to Sports Car Market Magazine, Richter also chronicles his motorcycle and car collection and relevant travels on his blog, www.turtlegarage.com. He is President and co-founder of New York City-based Hollow Brook Wealth Management, LLC, www.hollowbrookllc.com, and on the Board of the Malcolm Pray Family Foundation.

Sunday in the Park Co-Director Kent Bain noted that selecting Richter as Motorcycle Collector of the Year was an obvious choice: “Phil and I spent some time motorcycling around Tuscany…years ago and with many accouterments in tow. Phil is about as committed as one can get to celebrating great bikes and cars and understanding vehicular history. I love all he does; he does it well and shares that joy with his pals among whom I am happy to be included.”

Geared to touring and sidecar users, Richter’s 1937 BMW R6 is one of only 1,850 built during the nine-month production run of the Company’s first 600cc motorcycle. An extensive restoration revealed traces of eagle symbols, indicating possible military service during WWII. 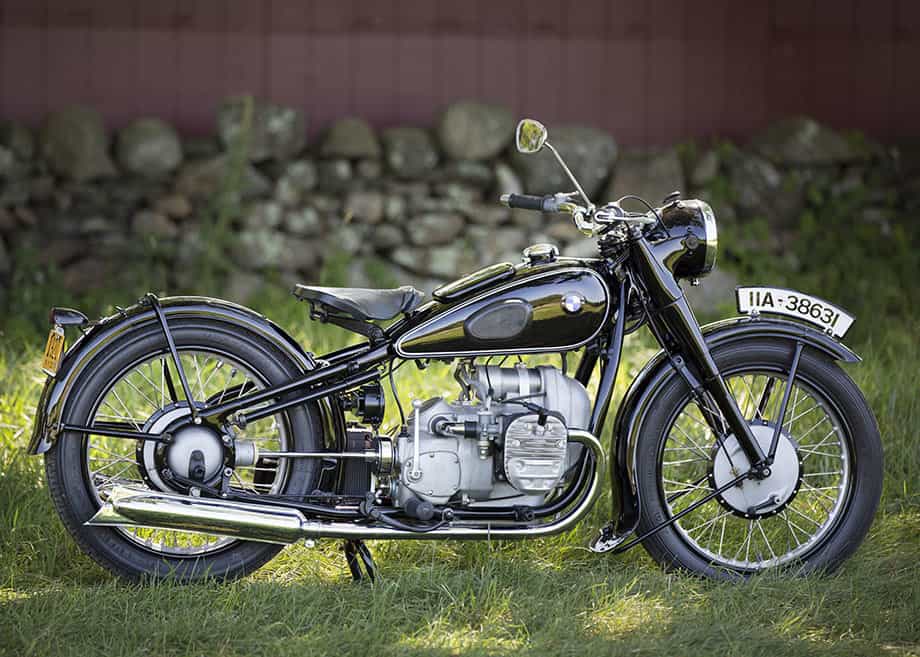 The 1938 BMW R51 is a totally original bike with known history from new. Richter is the third owner, buying it from the second owner of over 50 years. The bike remains cosmetically original and is fully functional, having undergone a huge mechanical sorting.

Richter’s correct and authentically restored 1962 BMW R60/2 dons its original livery of rare Dover White. Powered by a 600cc boxer engine that produces 30hp, the R60/2 has an innovative Earles front fork design that utilizes a triangular geometry, providing a smooth and stable ride favored by the sidecar crowd. A total of 16,870 R60/2s were built over its 1962-1969 production run. 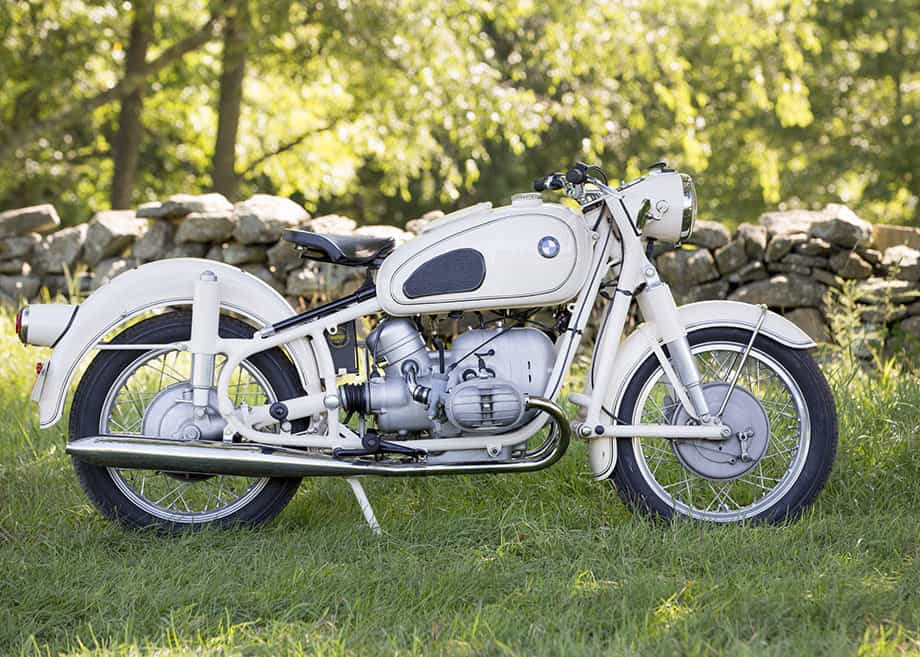 The 1966 BMW R69S was the high-performance BMW of the 1960s, and Richter’s example is equipped with a rare 9.5 gallon Ernst Hoske fuel tank.

Richter cites that the 1990 BMW K1 is “an iconic and rare machine that represents BMW’s efforts to push the limits of style and technology.” He furthers that, “The bike was conceived of as a high-speed sports touring motorcycle designed to compete with the Japanese superbikes of the late 1980s. Charged with changing the perception of BMW as a manufacturer of stodgy flat twin air-cooled machines, it was a radical departure for BMW and represented a technological tour de force for the period. The K1 was equipped with anti-lock brakes, a sixteen-valve four-cylinder engine and a Paralever rear drive that was designed to stop shaft drive pitch and dive under heavy acceleration and braking. Upon its introduction, the K1 was loved and hated by the market and the press.” 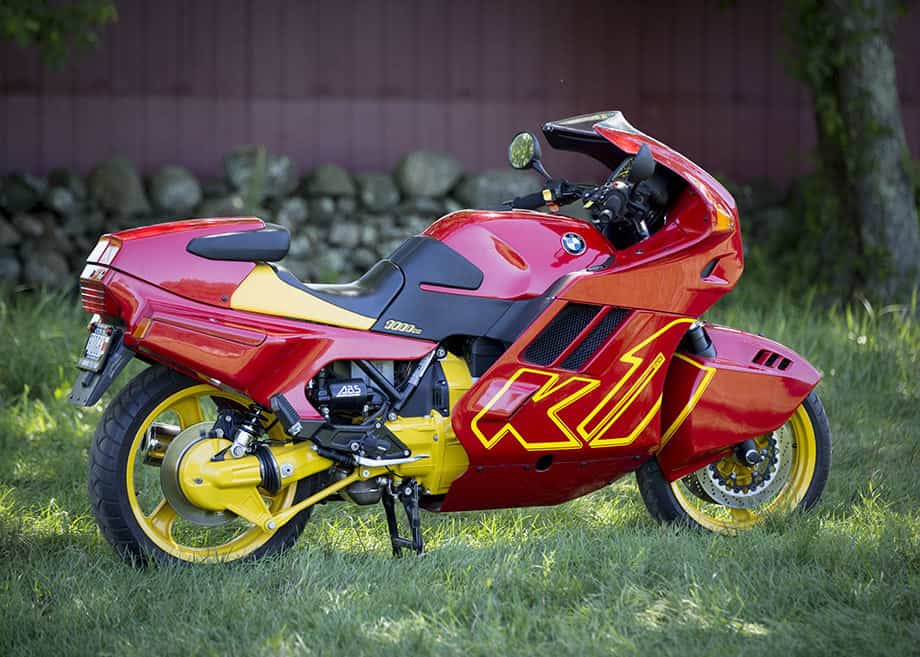 The Sunday in the Park Concours d’Elegance showcases approximately 200 rare and unique cars from the Brass Era to modern as well as motorcycles, and the Gathering of the Marques lines the track with 1,000 cars grouped by make, country of origin or enthusiast club.

All photos by Ken Richardson