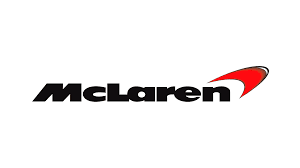 “The problems have been solved. You will hear positive news from us in the next few days.”—McLaren Formula 1 team principal Zak Brown

The automotive rumor mill and major press outlets like Bloomberg, Reuters, Sky News, and others circulate more and more news about financial problems at McLaren. You can read a recent summary article on the subject in Motor Authority by clicking here. McLaren’s woes seem to come from economic shocks related to Covid19 and the delayed start of the F1 season. The Company announced in May that it would shed roughly 25% of its workforce or approximately 1,200 people. Some light research uncovered other potential issues at the storied supercar maker:

In Scottsdale in 2018, I rode in Steve Larsen’s McLaren MP4. It was my first ride in a McLaren, and the car was tight, fast, and great looking. It made a real impact on me because it was comfortable and so capable. Steve told me he drove it from Scottsdale to California regularly without incident. On a recent visit to my hometown of Greenwich, Connecticut, I recall being stunned by how many McLaren’s I saw around town. I remember thinking to myself, “There seemed to be more McLaren’s in Greenwich than BMW’s.”

Jay Emm’s video below gives an interesting summary of what he sees as the problems facing McLaren. While somewhat dated, it is interesting because it touches on some potential issues that may have been brewing long before Covid19 arrived:

McLaren’s largest shareholder is the government of Bahrain. The Company did recently approach the British government for an emergency loan but was denied. In May, Bloomberg reported that McLaren was seeking about 300 million pounds ($374 million) in new funding months after completing similar financing (article here).

Given McLaren’s industry status and financial backing by Bahrain, it is hard to imagine the Company facing an existential crisis. However, the duration of Covid19 is an unknown variable, and McLaren’s future remains uncertain.

Philip Richter is President and co-founder of New-York-City-based Hollow Brook Wealth Management, LLC. The Turtle Garage Blog, he says, is dedicated to his "love of excessive personal transportation."
View all posts by Philip Richter →
Hearst and Bring a Trailer: Perfect Together?
Bring a Tower: Hearst Autos Buys Bring a Trailer