By Philip Richter on May 25, 2016 in Autonomous Driving, Cars, People 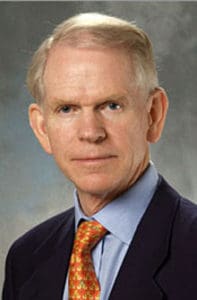 GMO is a leading global investment management firm that is based in Boston. The firm is renowned for its steadfast beliefs and time-tested investment processes. GMO’s Chief Investment Strategist and co-founder Jeremy Grantham is known for his strong views on climate change and his mantra that one must always “cry over spilled milk.” My firm, Hollow Brook Wealth Management, has used various GMO funds for over a decade.

At a recent GMO investor conference in New York City, Jeremy Grantham made a compelling case that electric cars will rule the roads within ten years. Ironically, Jeremy predicts a five-year window of higher oil prices as the recent price plunge has caused E&P companies to dramatically curtail exploration spending. The credit markets are closed to energy companies and there are many bankruptcies looming. The industry is in depression yet oil demand has remained robust and companies  need to keep spending in order to maintain production.

Because of steady demand and lack of investment Jeremy sees higher oil prices. He considers energy stocks among one of GMO’s best near-term ideas. However, he thinks the run in energy stocks will be short lived as electric cars become affordable and go mainstream. Jeremy sees a dramatic decrease in oil demand around 2025.

In the Q&A session I asked Jeremy how we will get to broad based use of electric cars given the fragility of the power grid, the lack of political will for nuclear power, and the harmful environmental effects of coal (which still makes up for over forty percent of our total electricity generation).

Jeremy said that while the Tesla is innovative, its not revolutionary. He asked the rhetorical  question, “Does the world really need a 4,000 pound car to move a 175 pound body?” Jeremy believes we will be seeing a quantum leap across a wide array of industries and the automotive industry is ripe for revolution. This enthuasiastic view on innovation comes as no surprise given that his family foundation is 40% invested in venture capital.

Jeremy referenced a nameless small private laboratory in Boston that is developing a revolutionary carbon fiber three-wheeled vehicle. The car is autonomous and goes zero to 60 in 2 seconds. Built from high-strength carbon fiber, the car runs on lithium batteries and could realize hundreds of miles to the gallon equivelent. The ultra-efficent car does not need the power grid as it is powered by high density solar panels. The car can also be used as a power source for various other appliances.

Jeremy’s point: The future is here now and the world (and specifically) transportation is changing fast! 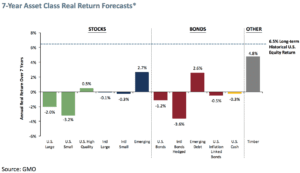