This morning I fired up my 1988 E30 M3 and took a drive over to New Canaan. About fifteen years ago a dozen car enthusiasts started meeting at Zumbach’s for Sunday coffee and conversation. Today this small private car gathering has grown into a public spectacle. The streets of New Canaan were lined with everything from exotics to muscle cars to vintage Land Rovers.  Known as Caffeine & Carburetors, this gathering has evolved into one of the premier car enthusiast events on the East Coast.

I arrived by 7:15 but still had to park in the “outfield” of Main Street. The epicenter of the event takes place on Pine Street (which is a side street that runs parallel to the New Canaan train station). Pine Street parking was completely spoken for by 7am. For an hour I strolled the streets and absorbed all the fabulous metal. I saw many old friends and made a few new ones. There was a strong showing of about five E30 M3’s and my 17,000-mile totally stock and original example drew a lot of interest and comments.

The following are my top three favorite cars of the day:

The Pagani Huayra (pronounced Why Ra). Sports Car Market recently asked me to write an article on this fabulous supercar for the June issue (which will be re-published here next month). I spent about twenty hours researching this phenomenal automobile. It is without a doubt the finest crafted automobile of all time. The car drew a steady crowd all morning long. 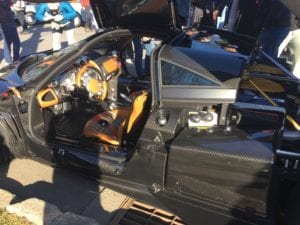 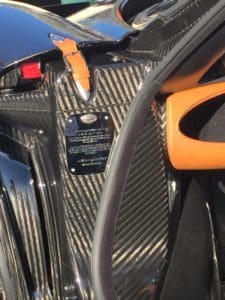 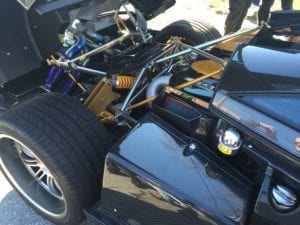 On the other end of the spectrum, a car that really caught my eye was a perfect and pristine Trabant. This East German socialist cardboard wonder has a ludicrously underpowered two-stroke engine that burns blue smoke. Prior to the fall of the Berlin Wall there was a twenty year waiting list to buy one in East Germany. After November 9th 1989 there were dozens of horrific accidents on the German Autobahns as “Trabbi’s” would make a break for it the left lane and get steamrolled by 560 SEC ‘s and 911’s doing about 120 MPH. Splat! This example was very correct and well preserved. 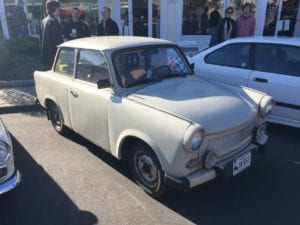 The final car that caught my attention was a Corvette-powered Volvo 760 wagon. This car was a tribute to Paul Newman’s famous car of the same design. Talk about a sleeper! From the outside it looks like a normal Swedish grocery getter when in fact it is powered by a hulking Corvette LT1 crate motor. 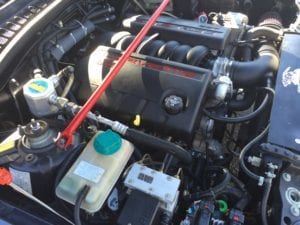 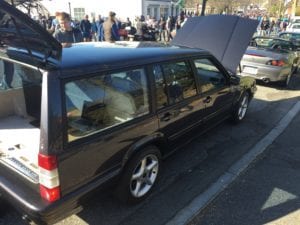 For a car enthusiast, there is no better way to spend a Sunday morning than Caffeine and Carburetors. The next C&C gathering is May 22nd at Waveny Park in New Canaan.