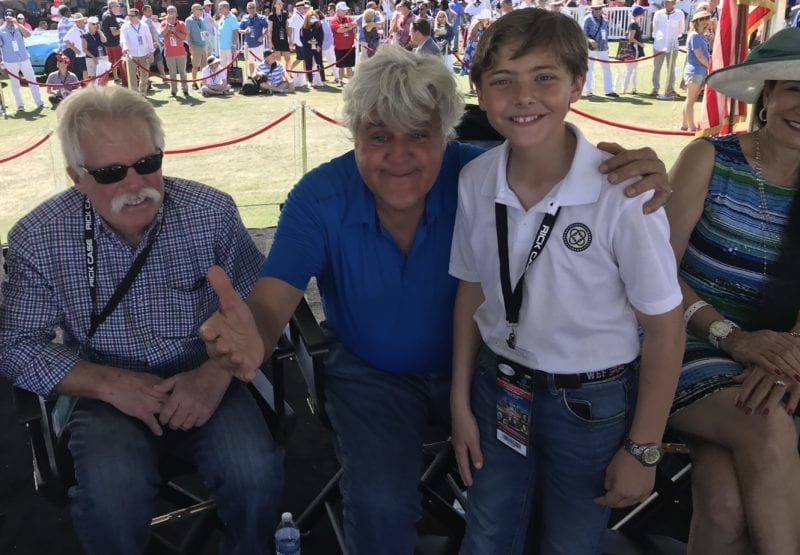 This morning I headed south from Wellington and spent the day at the Boca Raton Concours d’ Elegance. The annual event is held at the Boca Raton Resort & Club and is now in its 12th year. I attended the show several years ago when it was a small and simple affair. Founders Rick and Rita Case (of the Rick Case car dealership empire) have put their heart and soul into the show. They are clearly on a mission to compete with the best—Amelia Island and Pebble Beach are squarely in their sights.

The Boca Concours has no paid promoters, producers, or staff and all proceeds benefit the Boys and Girls Clubs of Broward County. The 2018 list of officials reads like a who’s who of the collector car industry. The Honorary Chairman was Mike Jackson, CEO of AutoNation. Event officials and judges included industry heavyweights Thomas DuPont, Bill Rothermel, Jay Leno, Tim Allen, Keith Martin, Wayne Carini, Luigi Chinetti Jr., Harvey Geiger, and Lilly Pray. Based on what I saw today Rick and Rita are well on their way to making the Boca Raton Concours d’ Elegance a “must attend” on the Concours circuit.

My friends Sam and Patrick came with me to the show. The drive down was a pleasure—we were in Sam’s Bentley GTC Speed convertible. Top down, we cruised south on the Florida Turnpike enjoying the warm Florida sun. We talked our way into the hotel valet parking area. At the front desk, our tickets were waiting for us—Lilly Pray graciously pre-arranged them. We walked the fields and took in all the sights. The show field was a curated wonder of American and foreign names, including brass era cars, Corvette’s, Ferraris, Packards, Auburns, and Lincolns (which were the honored marque this year). The Boca Concours also had an extensive motorcycle display.

We met up with Sports Car Market’s Keith Martin who kindly took Patrick to the private awards booth for a photo opp with Jay Leno and Tim Allen. We then enjoyed the afternoon under the shade of the VIP tent sipping beer and wine while watching the beautiful cars receive their awards. It was certainly a day to remember—a good time was had by all who attended. Hats off to the organizers for putting on a first-class event—you can be sure Turtle Garage will be there again in 2019. 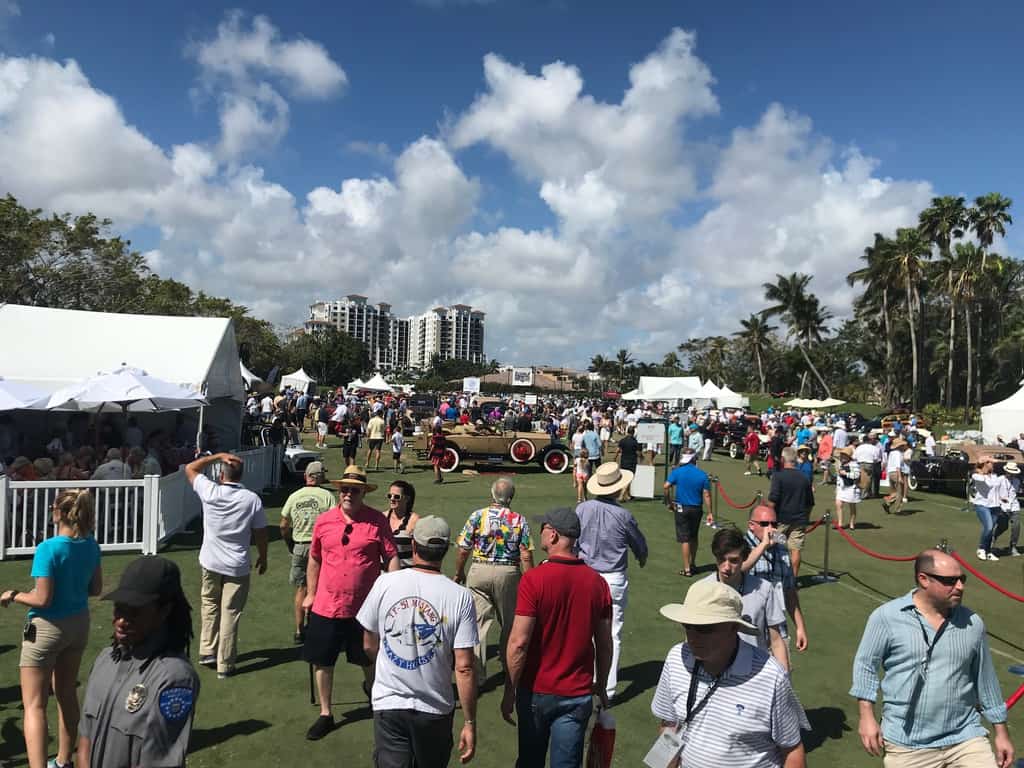 It was a full house! 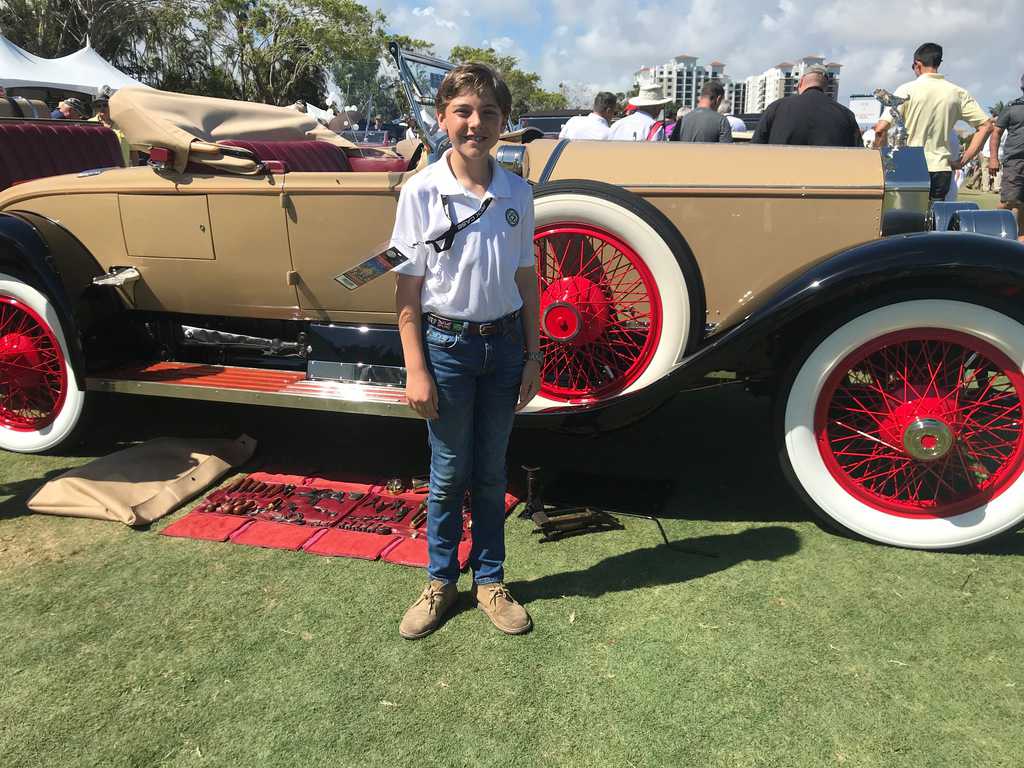 Patrick in front of a Rolls Royce 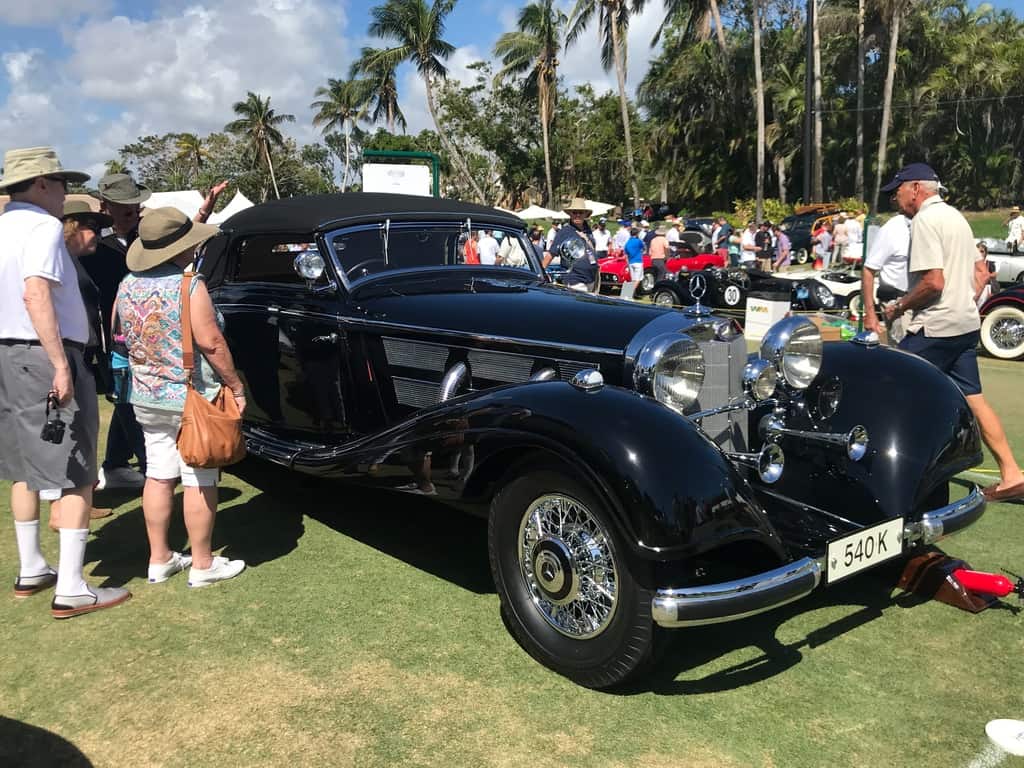 A beautiful Mercedes from the 1930’s 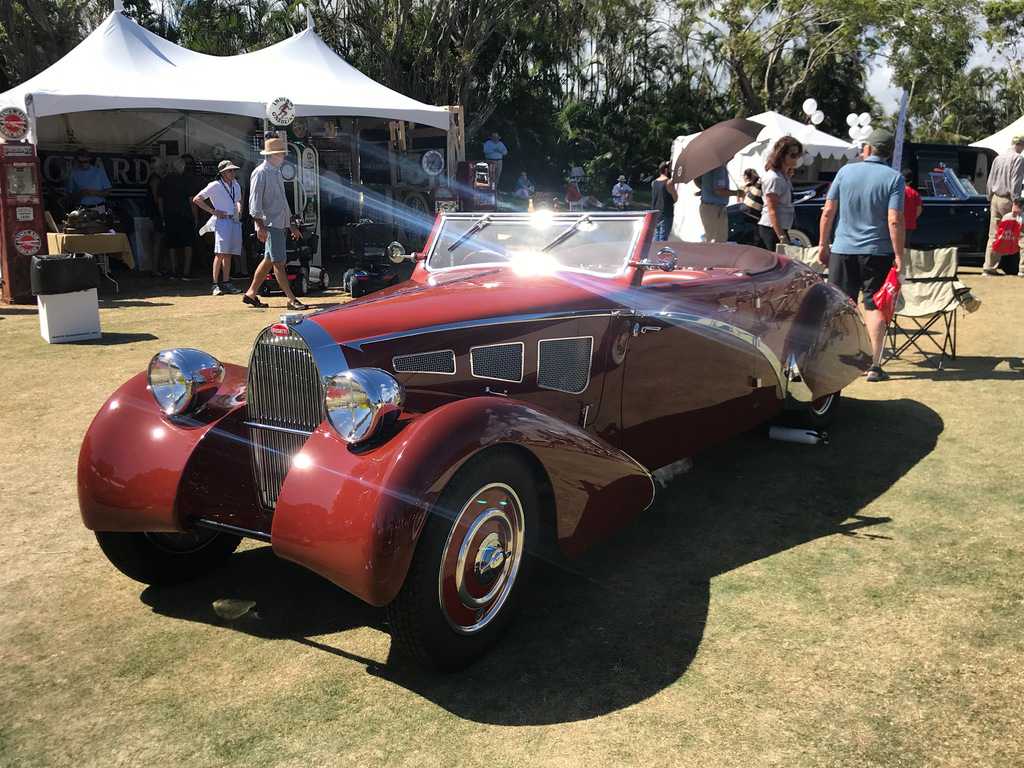 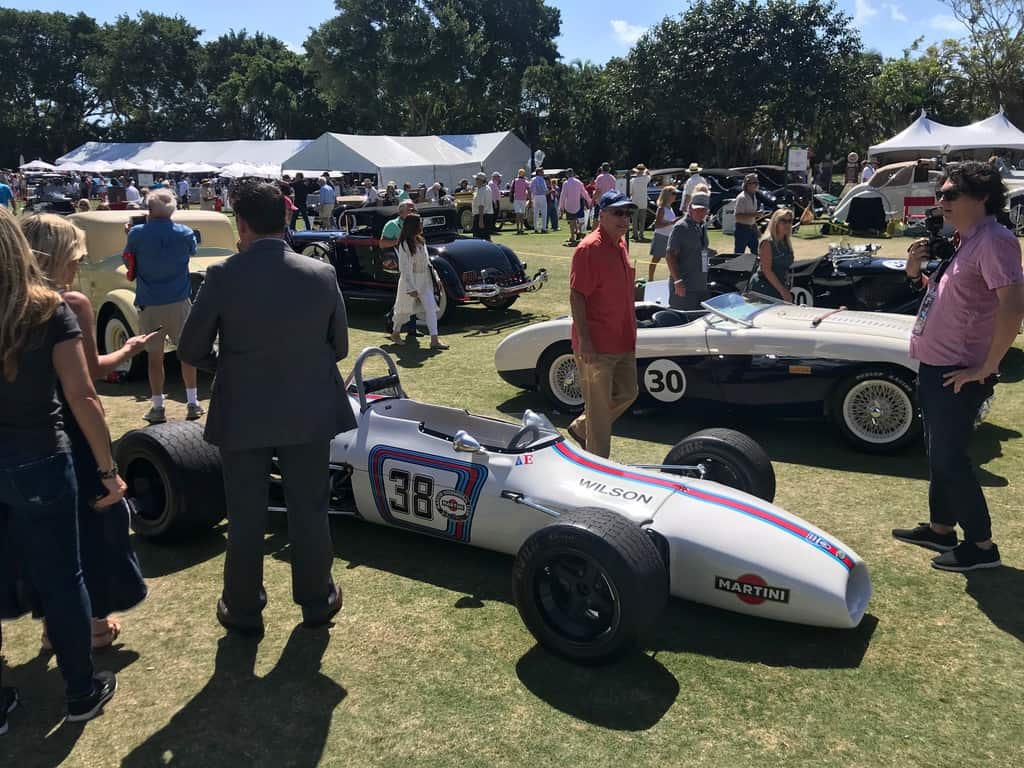 Race cars from days gone by… 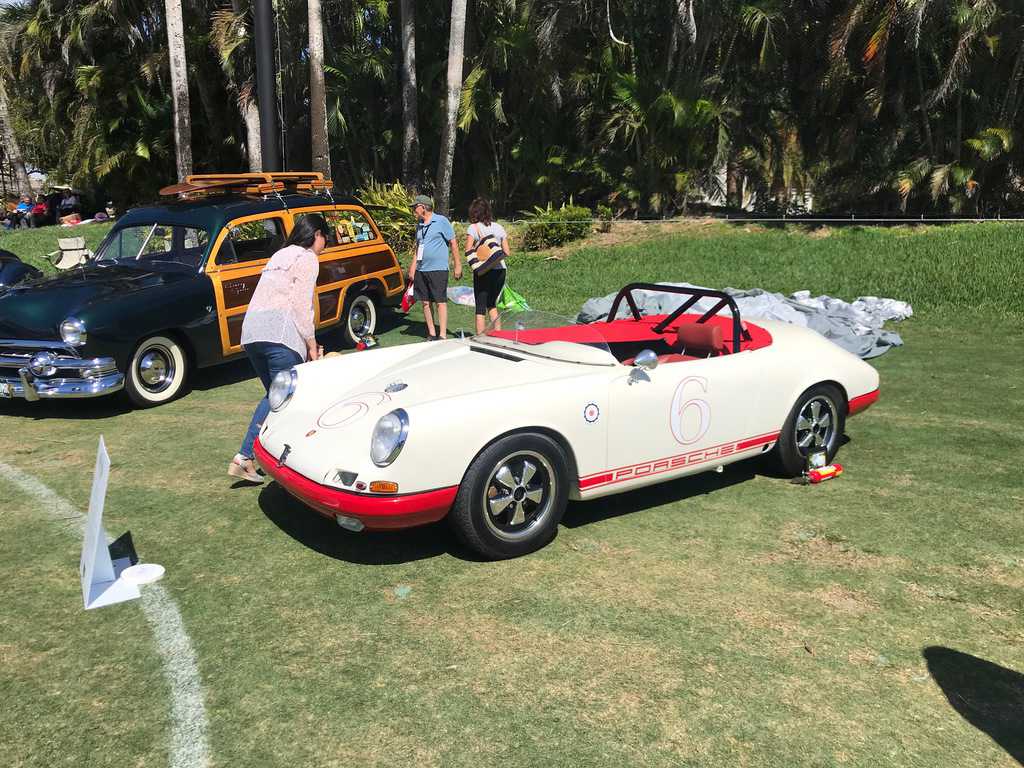 There was a great selection of Porsches on display 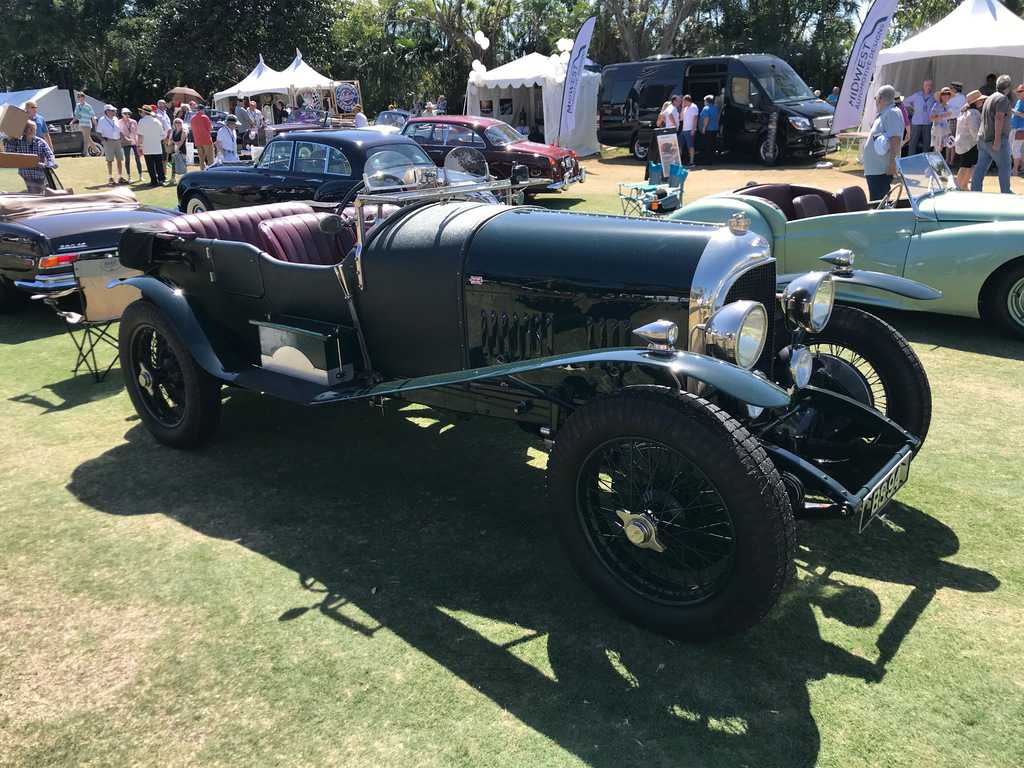 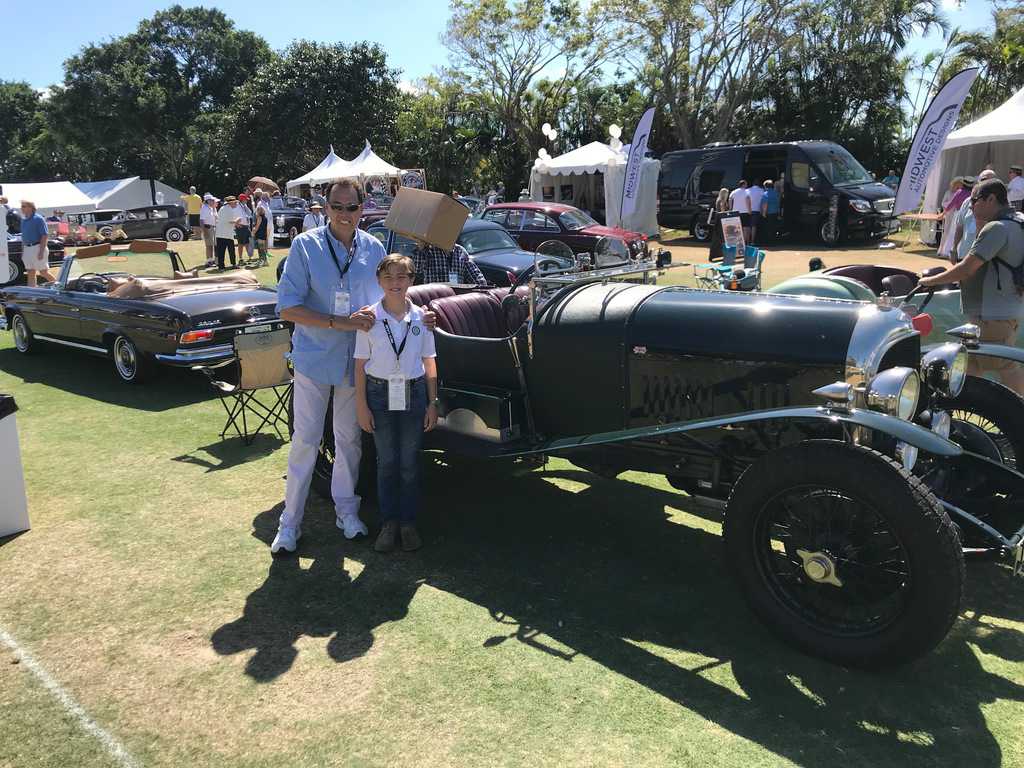 Sam and Patrick in front of the Bentley 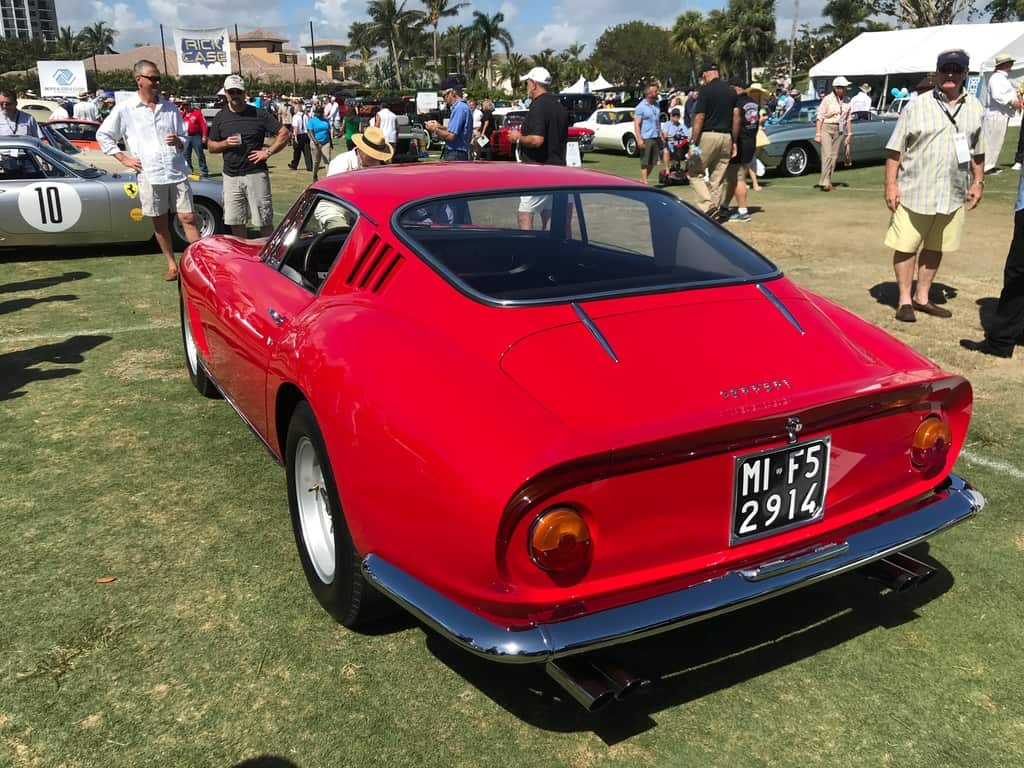 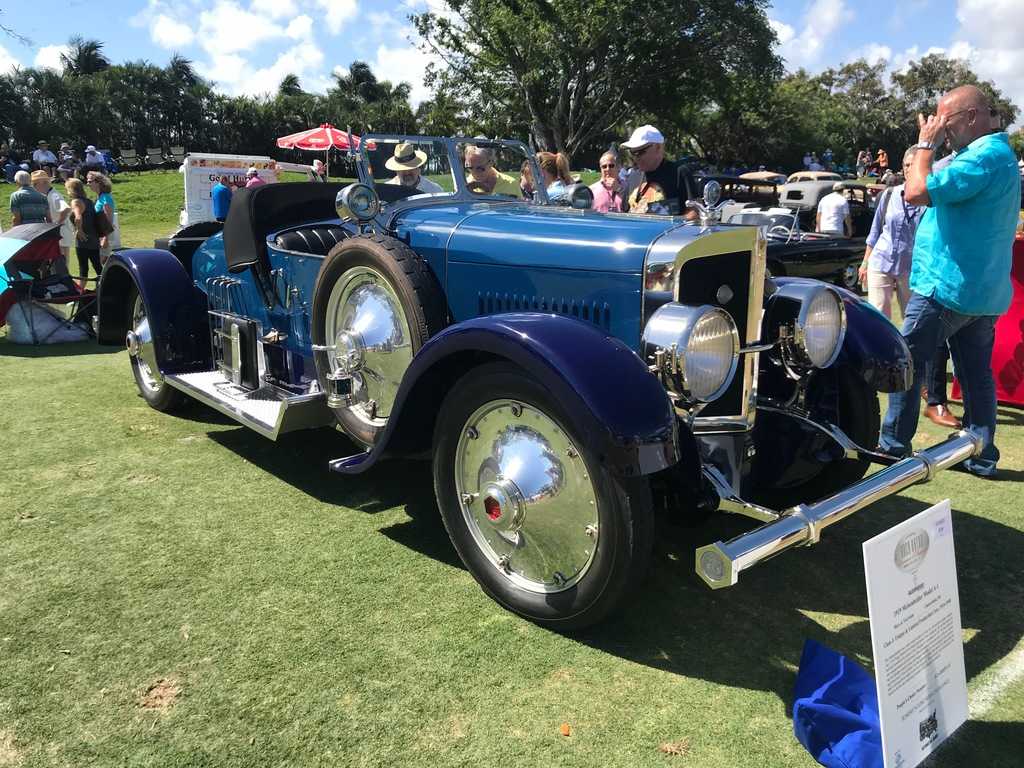 The show had its share of very unusual cars….. 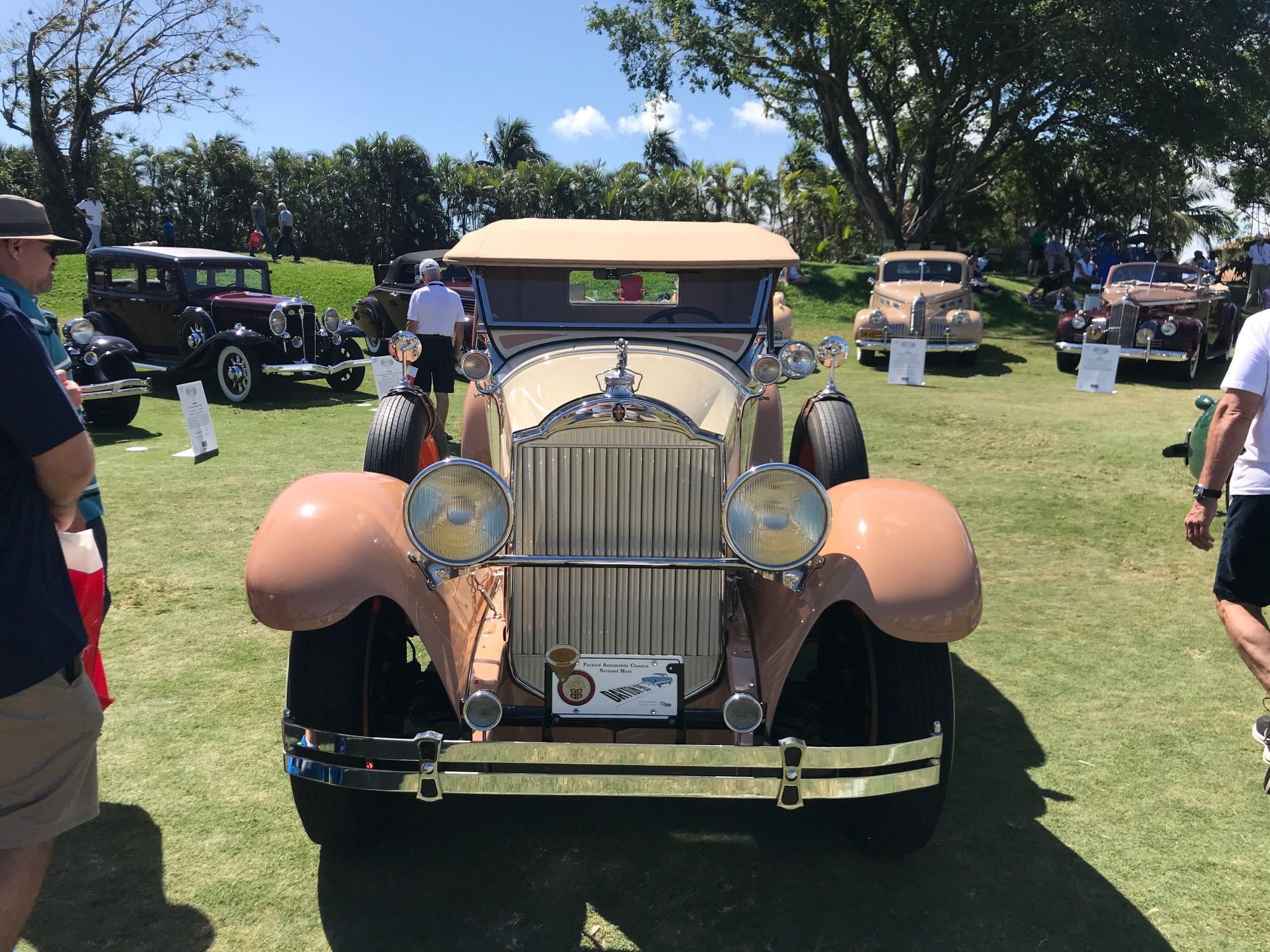 An early 30’s Packard on display 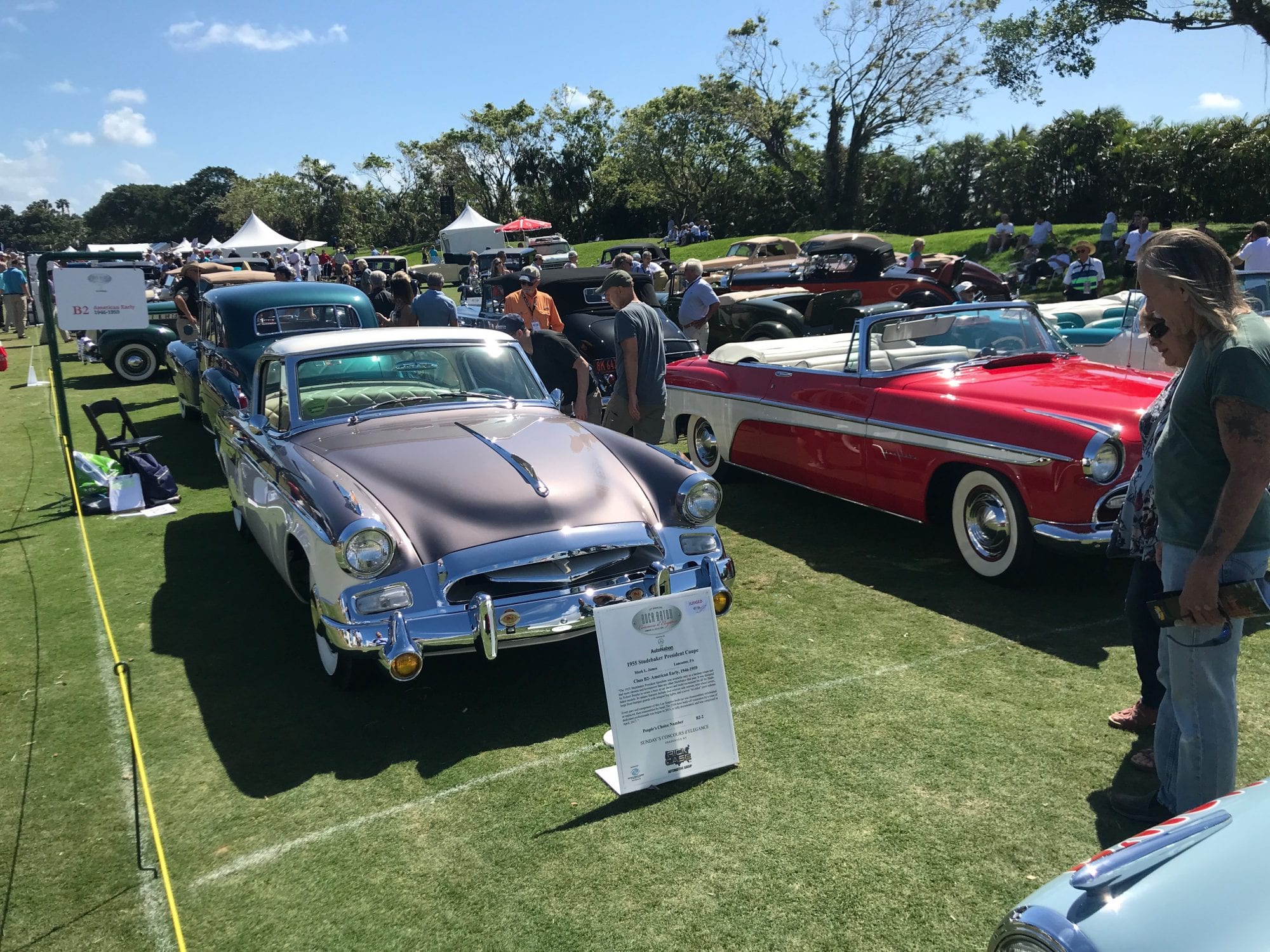 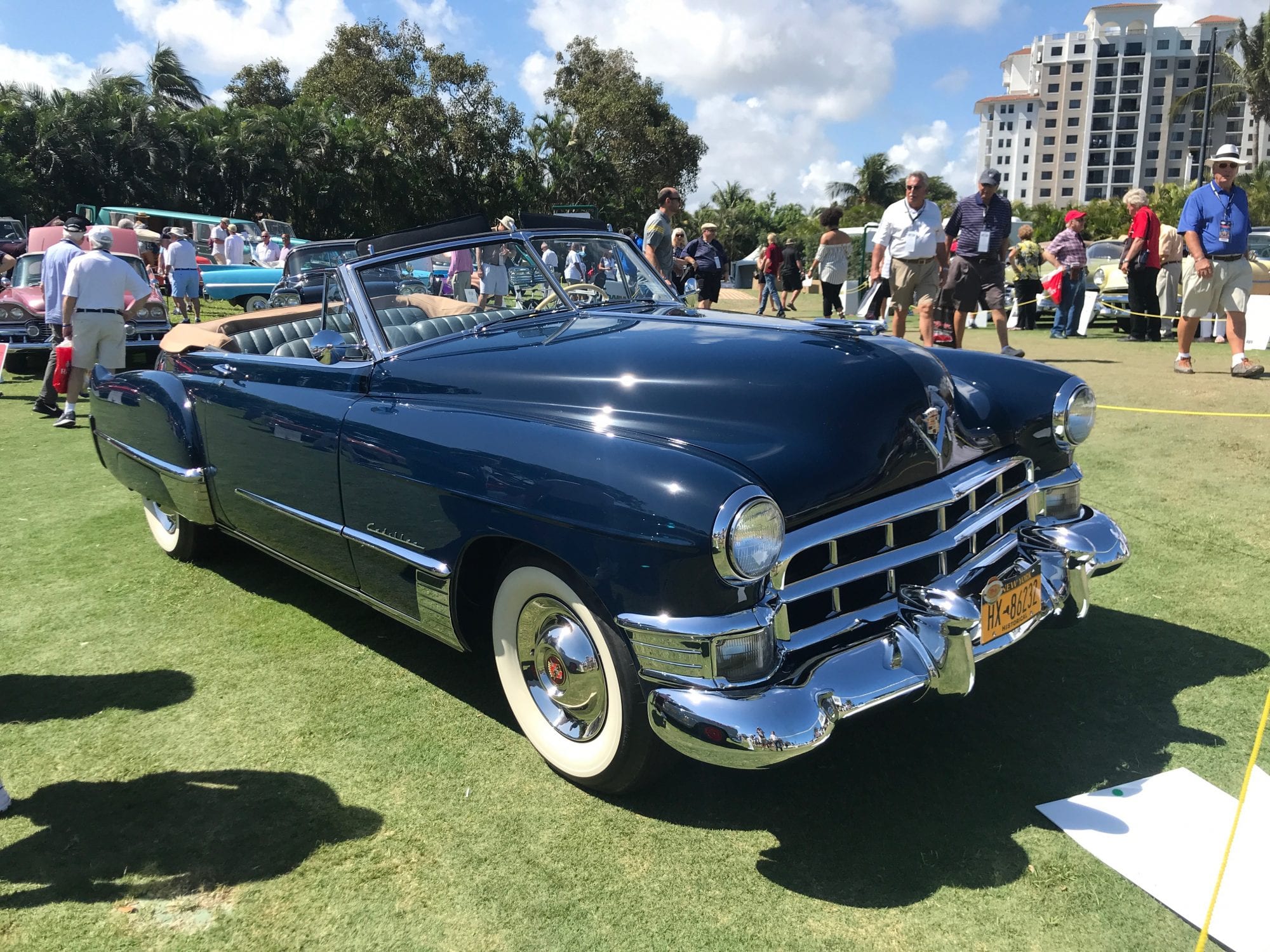 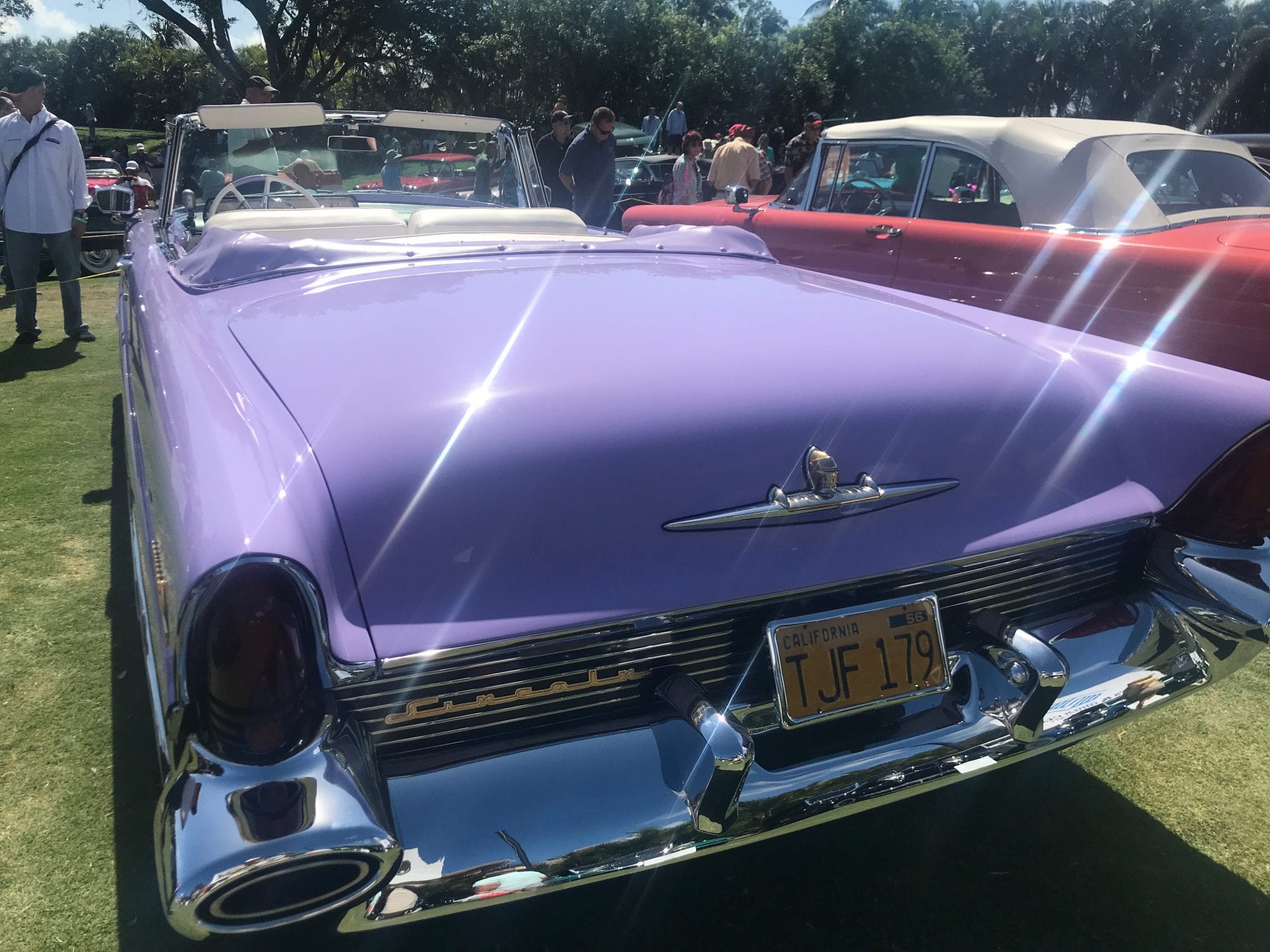 A trunk large enough for a moon landing…. 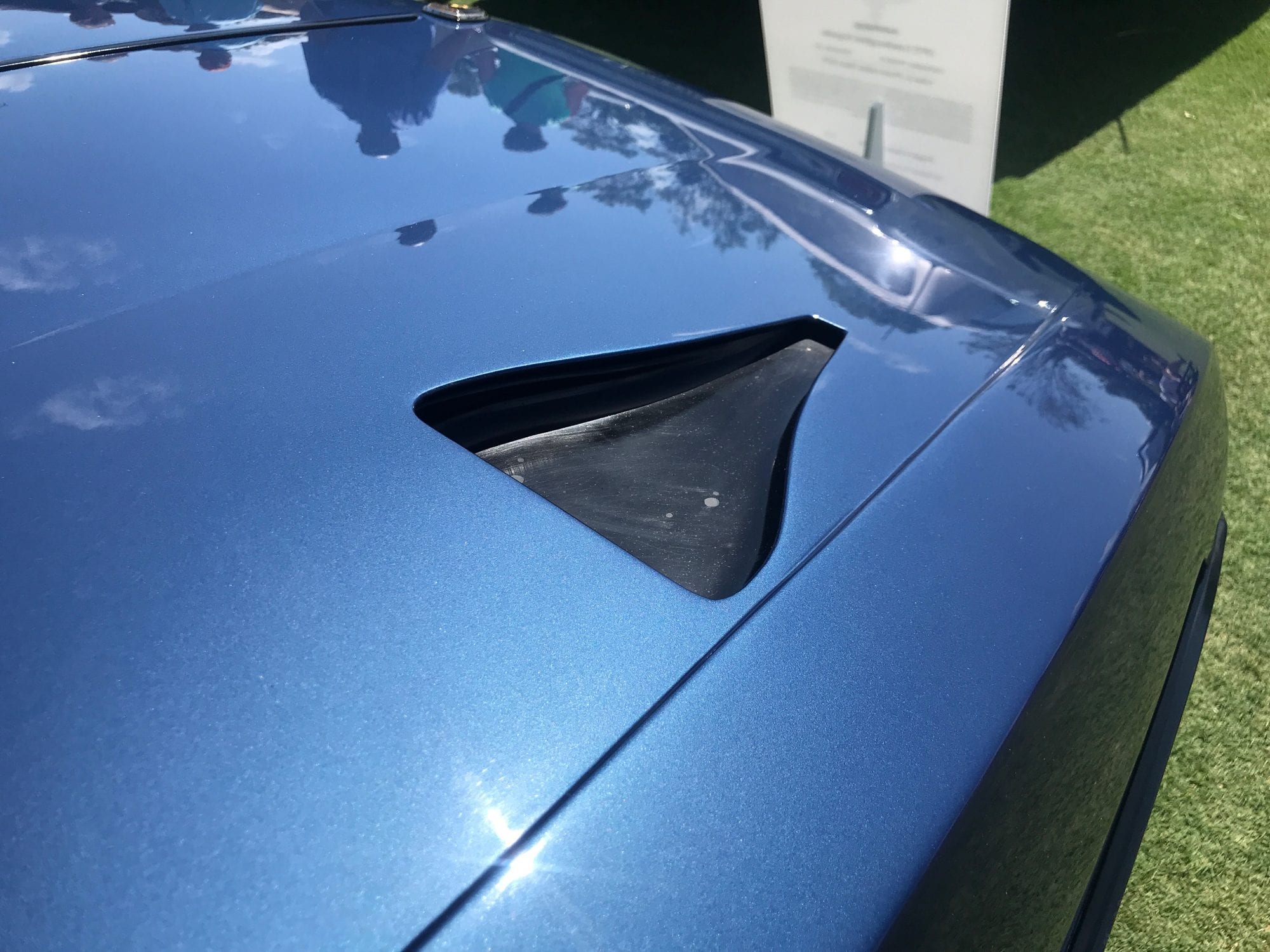 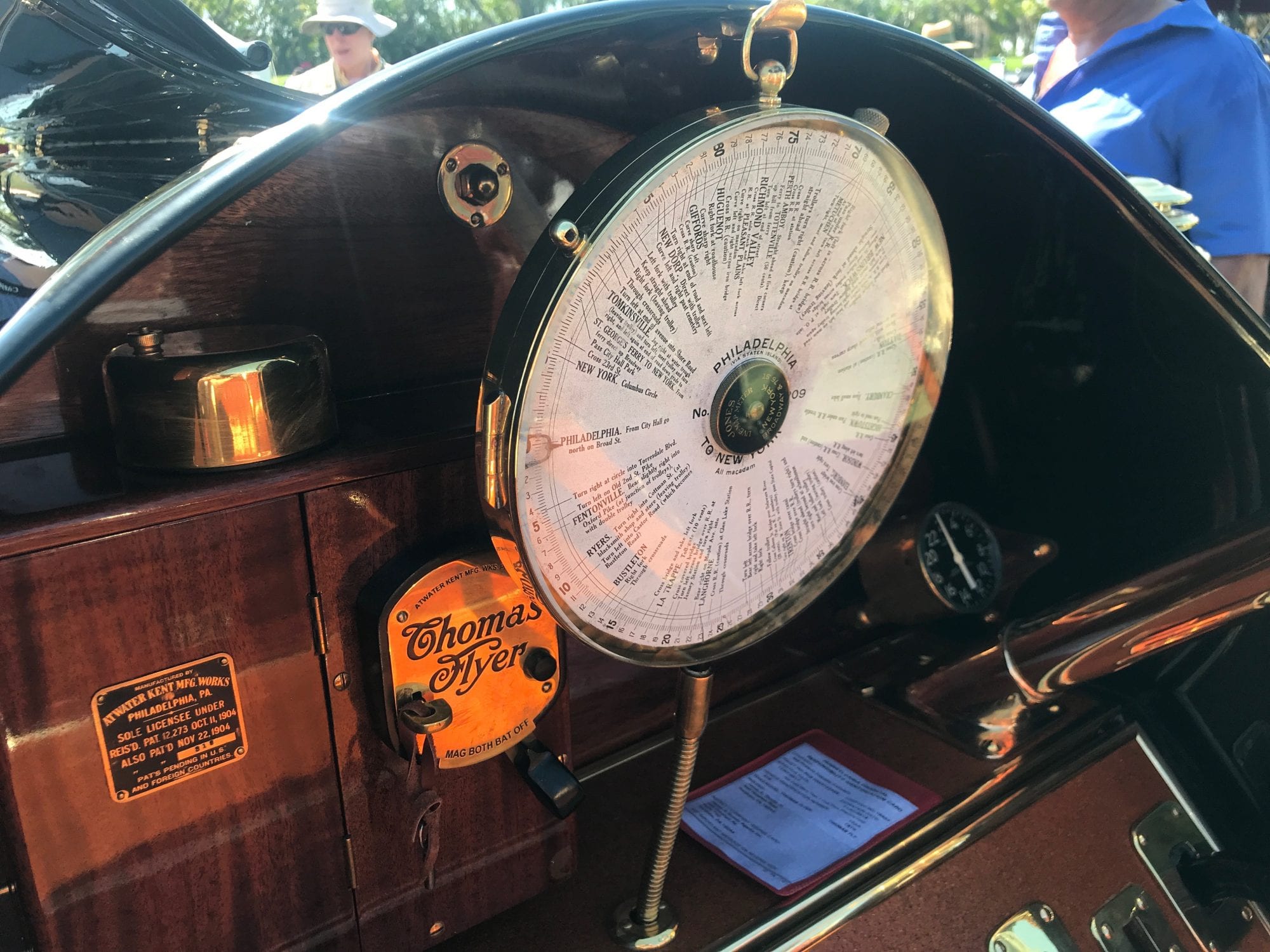 A true analog gage on a Thomas Flyer from Buffalo New York! 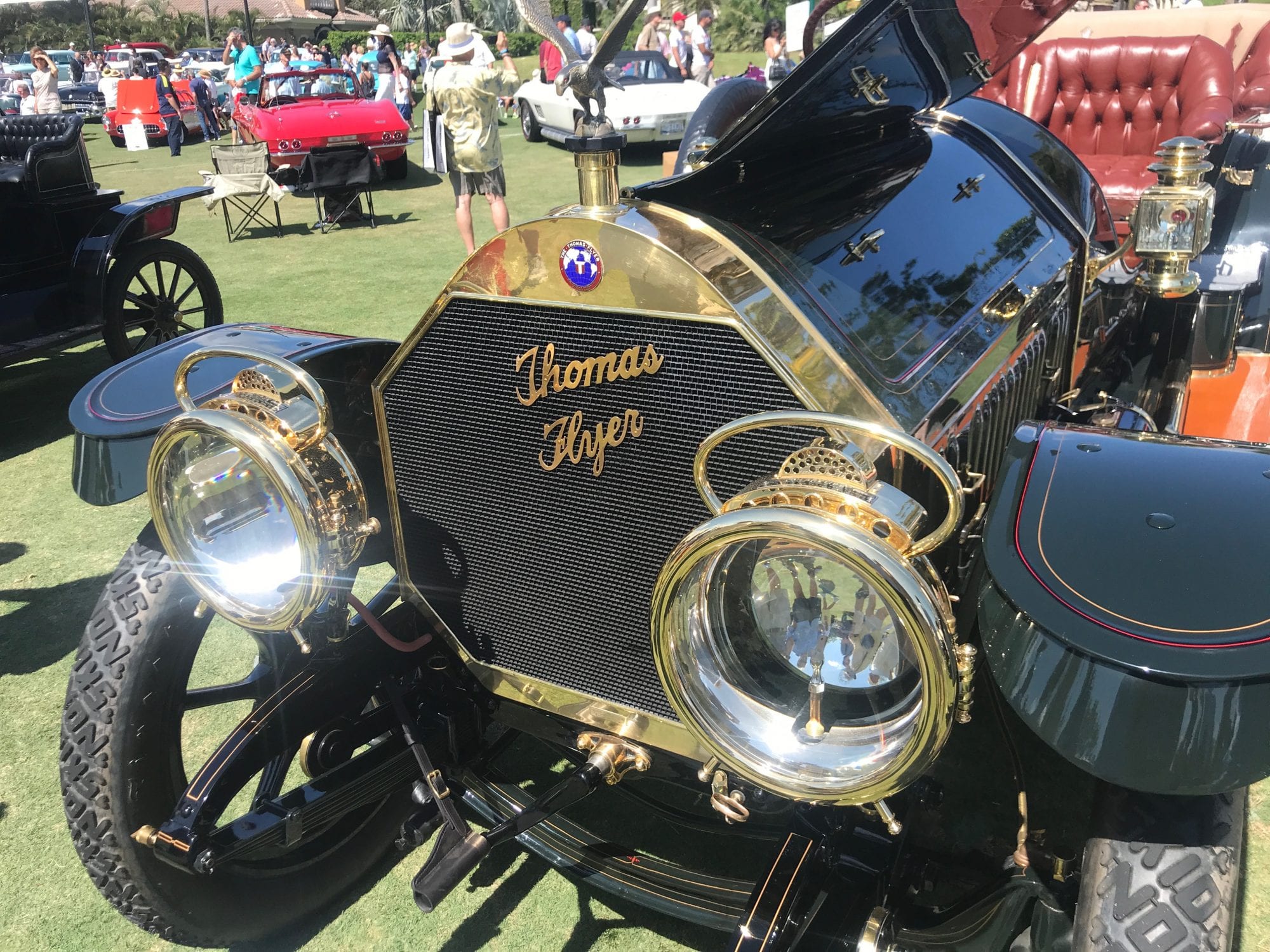 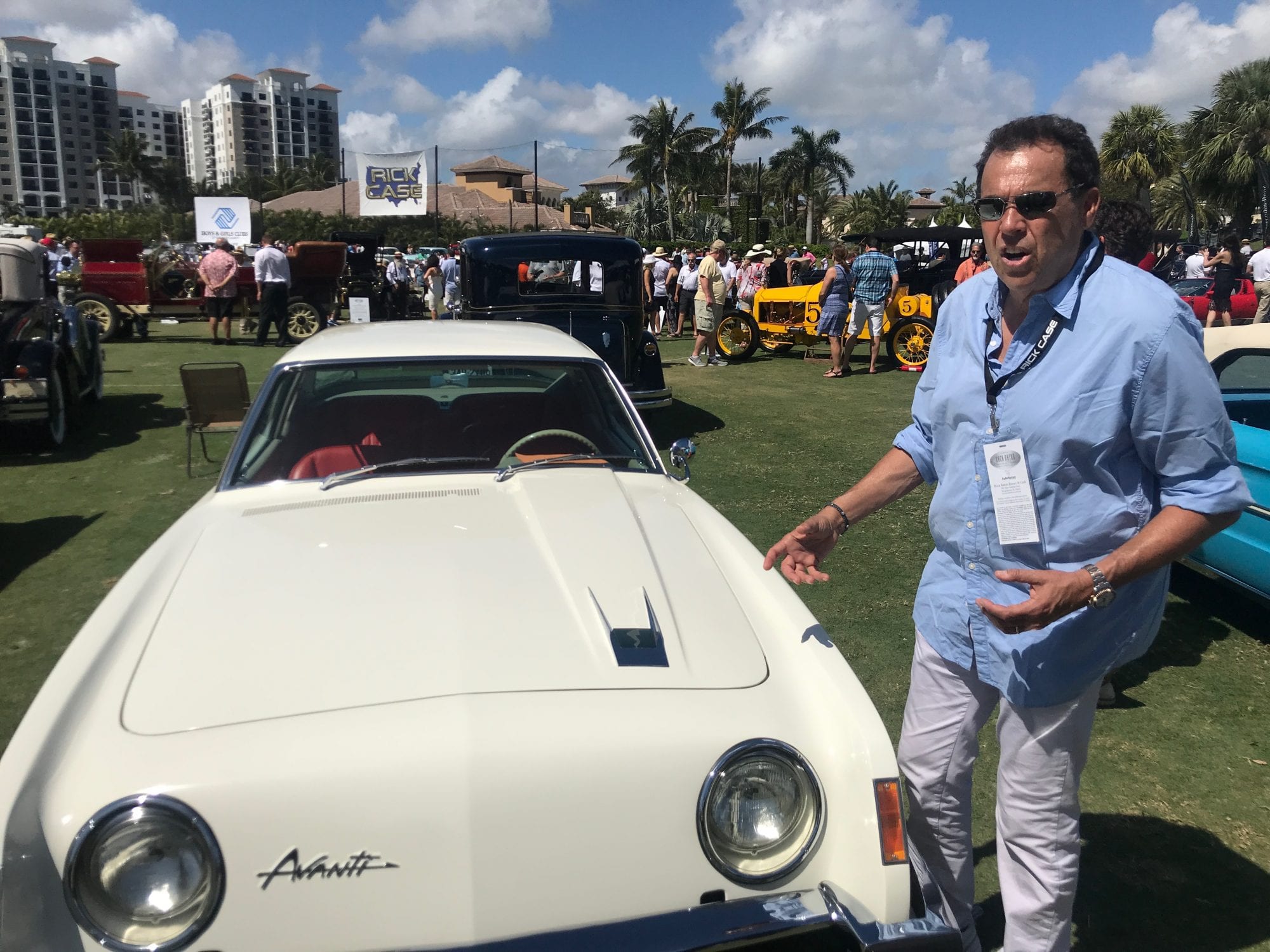 Sam explains the finer points of a fiberglass Avanti. 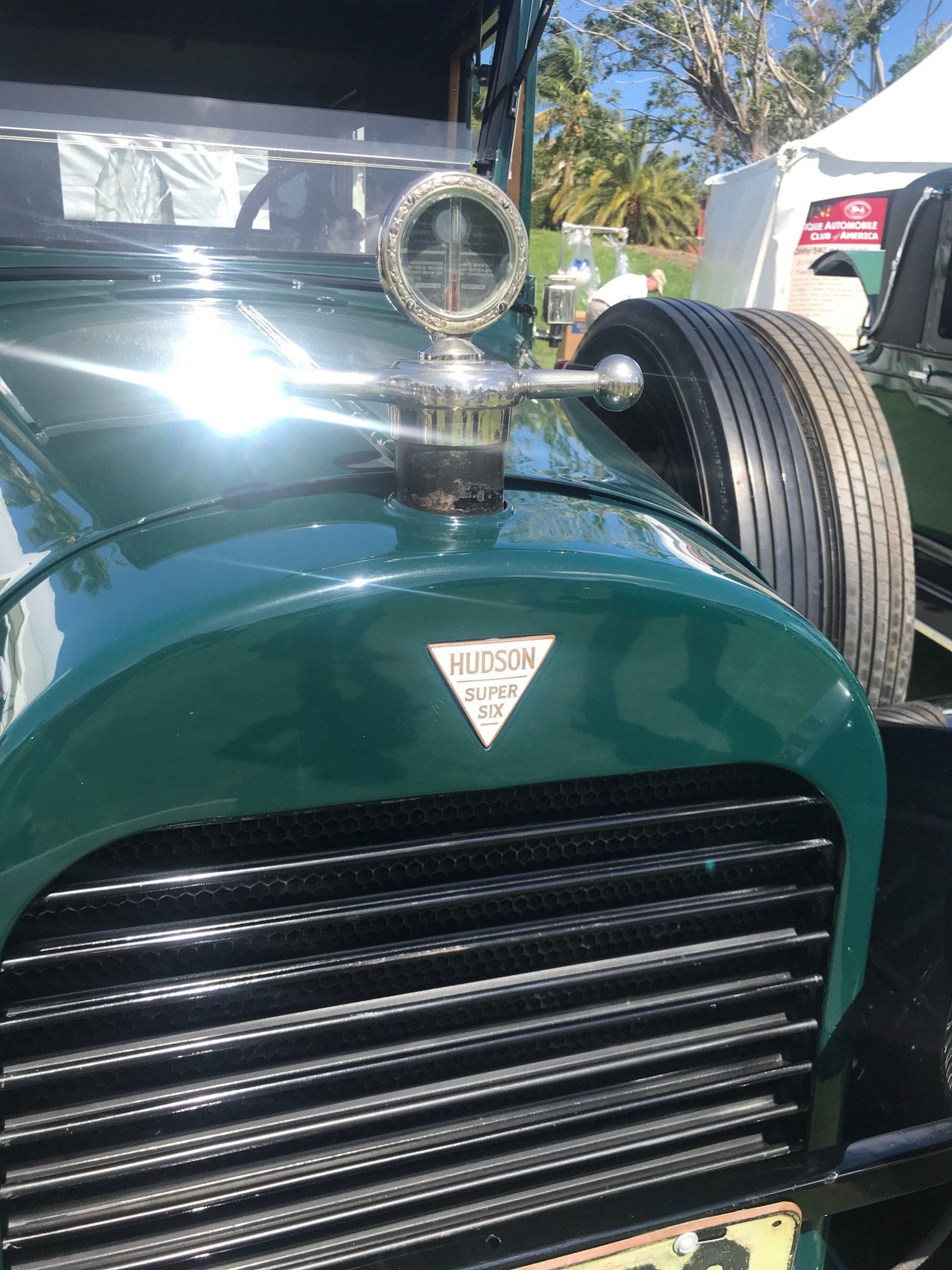 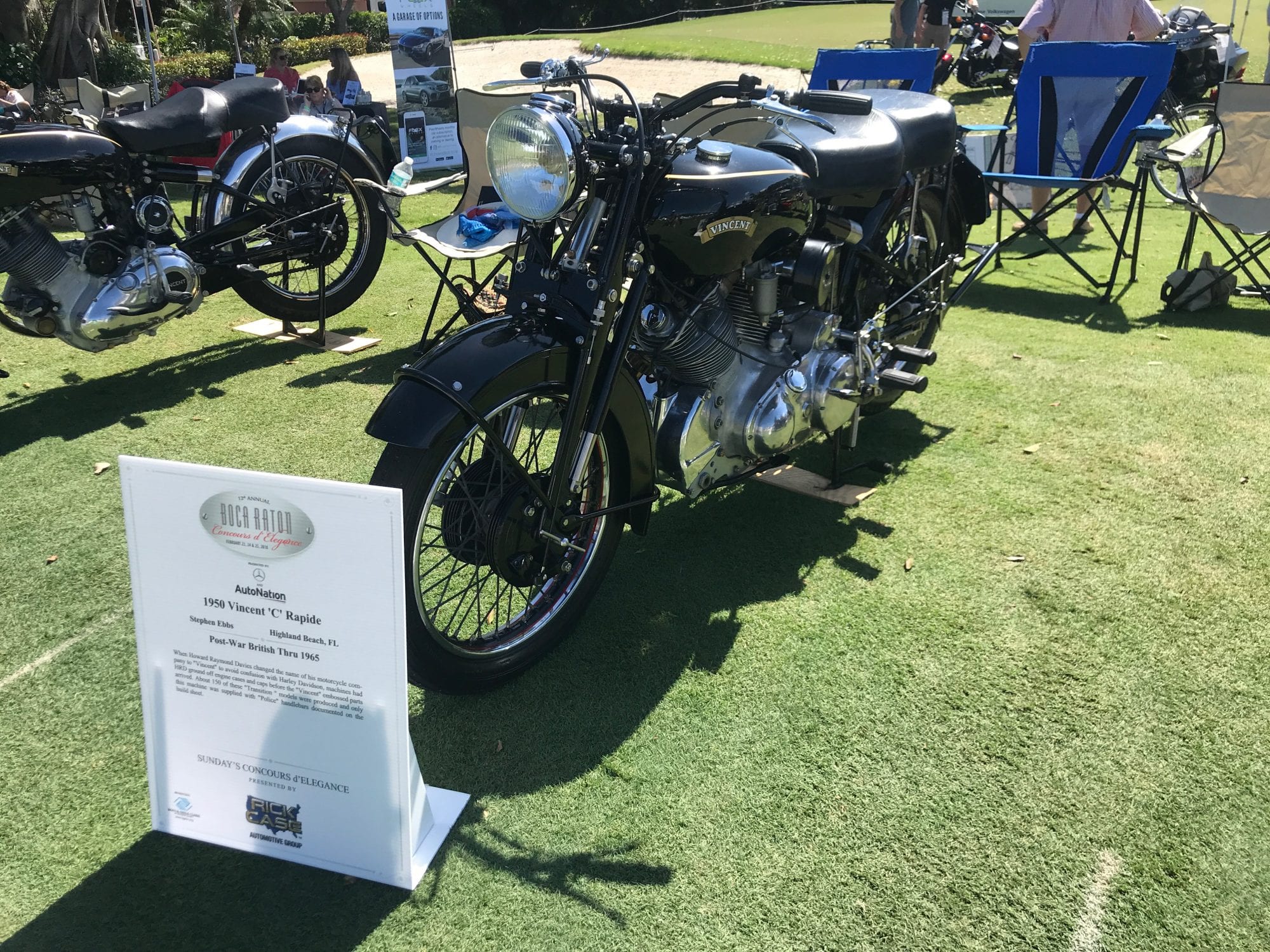 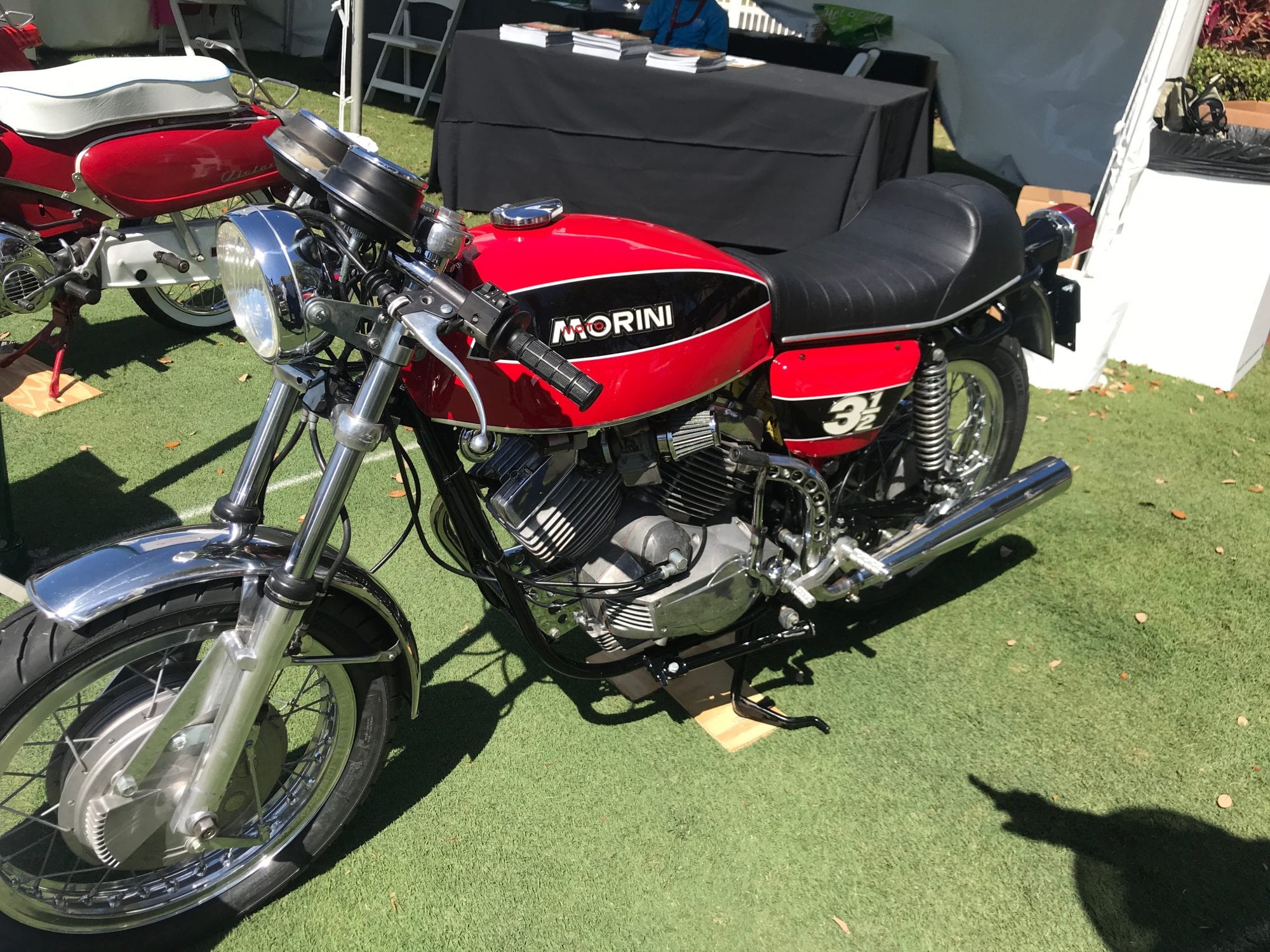 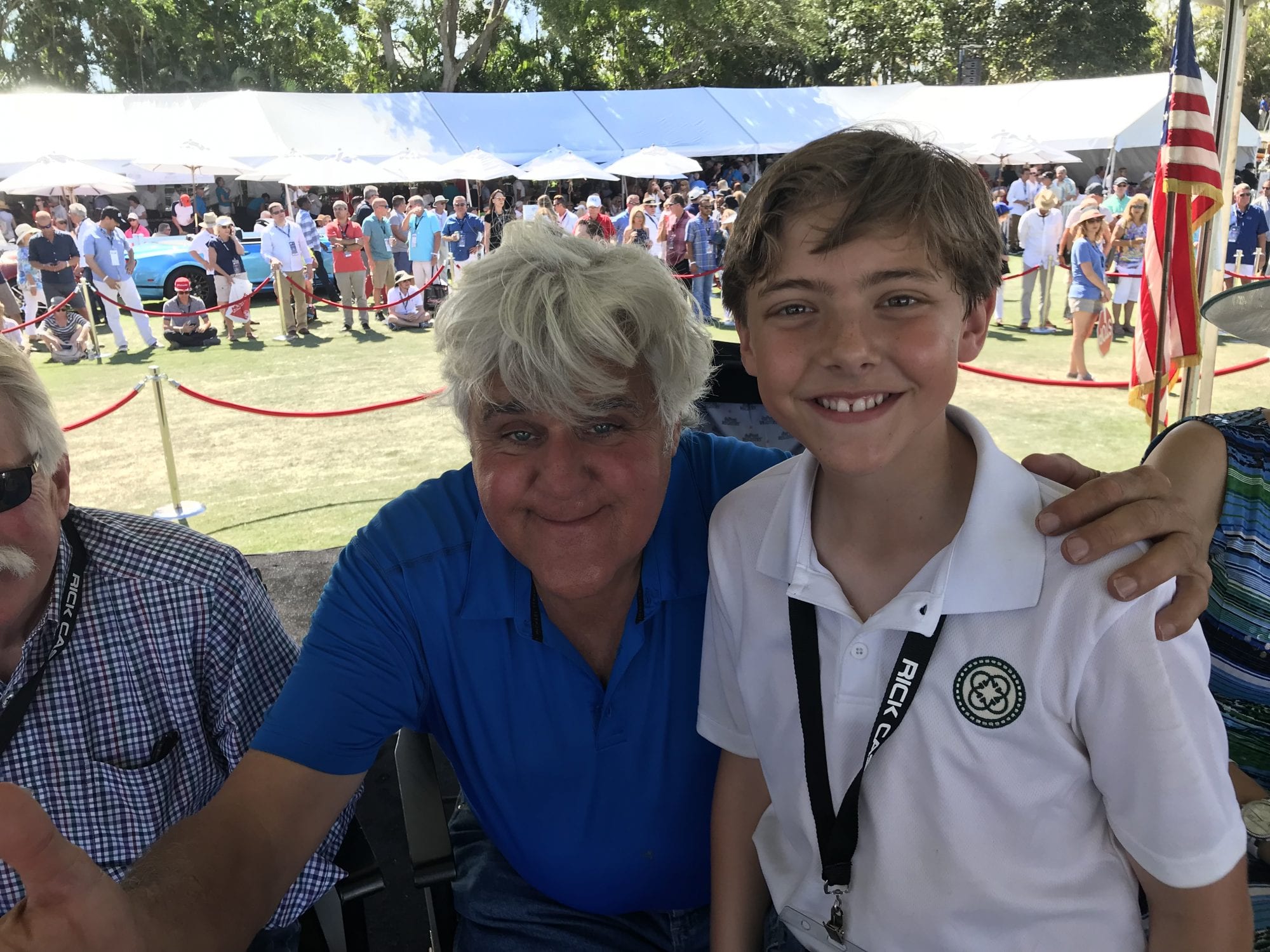 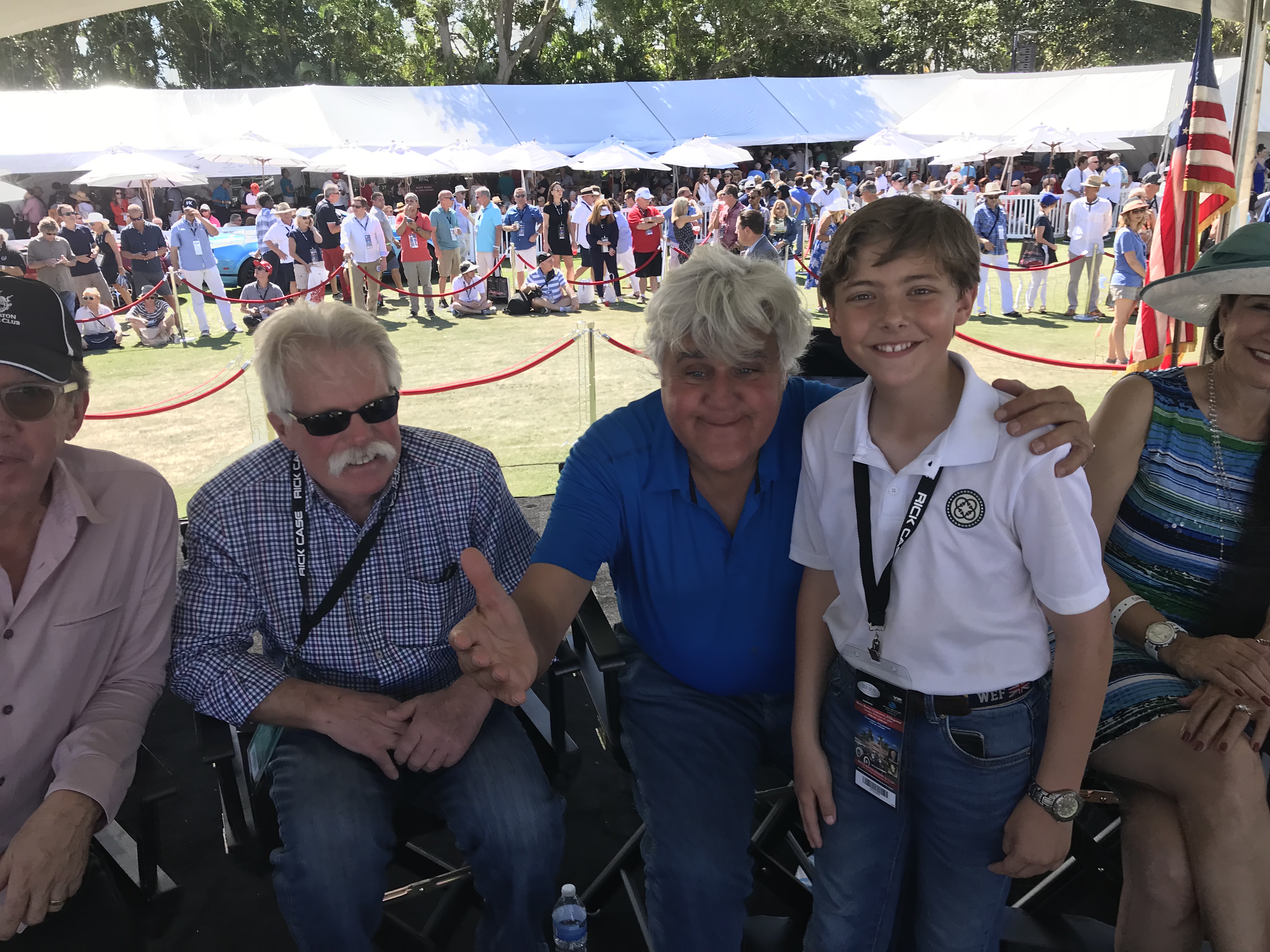 Patrick with Jay and Wayne 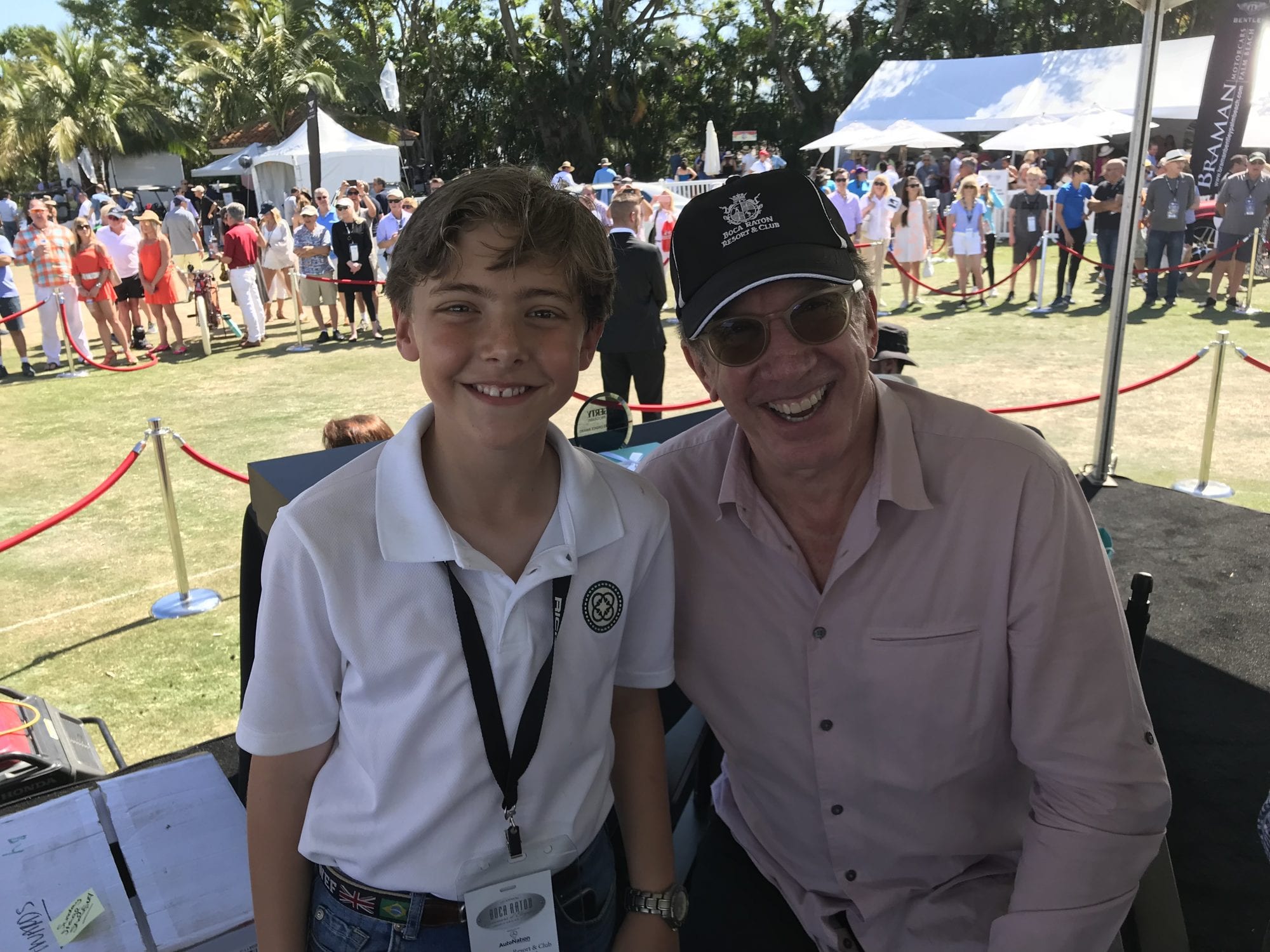 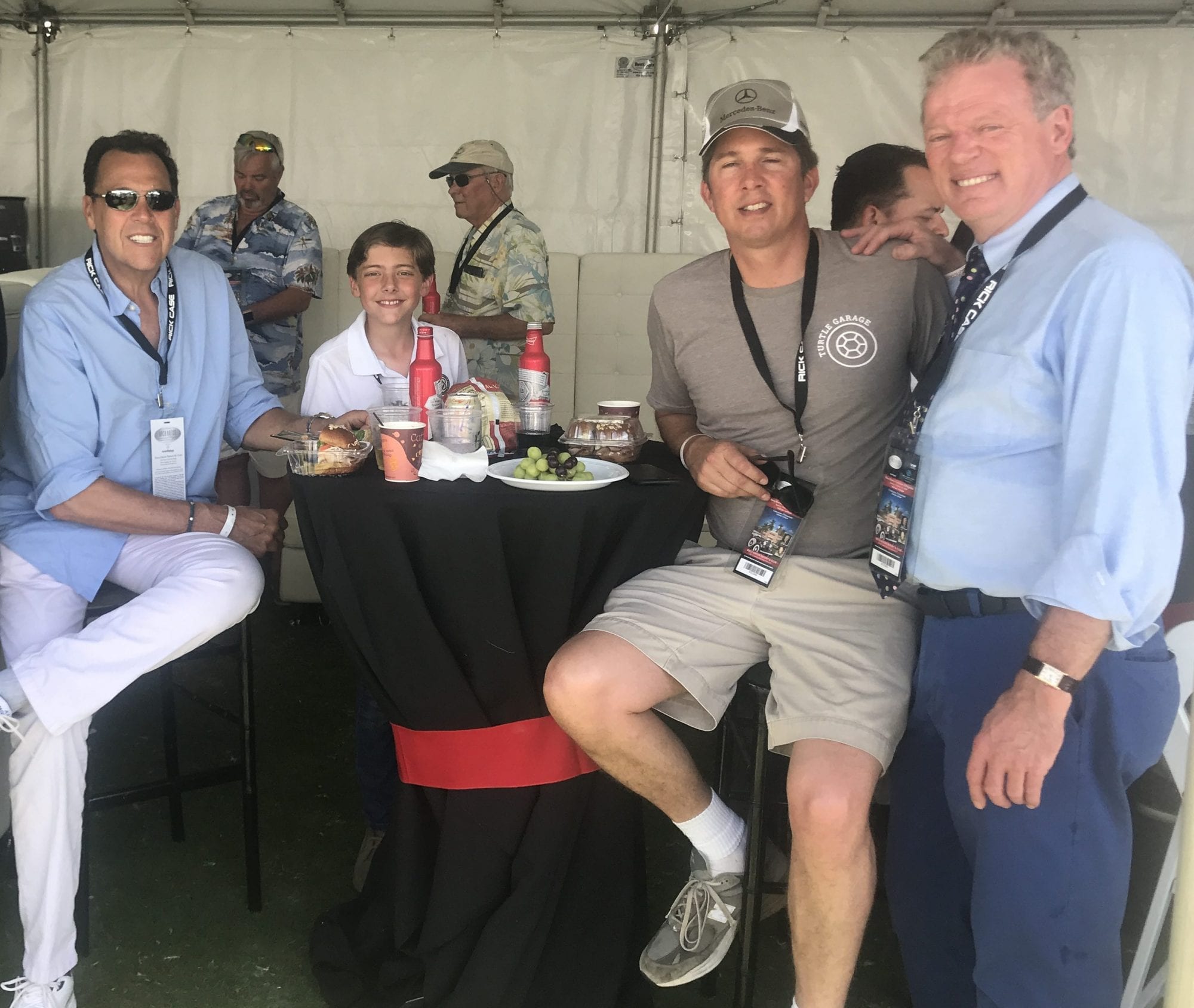 Enjoying the VIP tent at the Boca Concours!

Philip Richter is President and co-founder of New-York-City-based Hollow Brook Wealth Management, LLC. The Turtle Garage Blog, he says, is dedicated to his "love of excessive personal transportation."
View all posts by Philip Richter →
The Autonomous Revolution is Upon Us
SCM Scottsdale Seminar: Buy the Best and Drive Them

6 Responses to Boca Raton Concours d’ Elegance: Movin’ on Up!