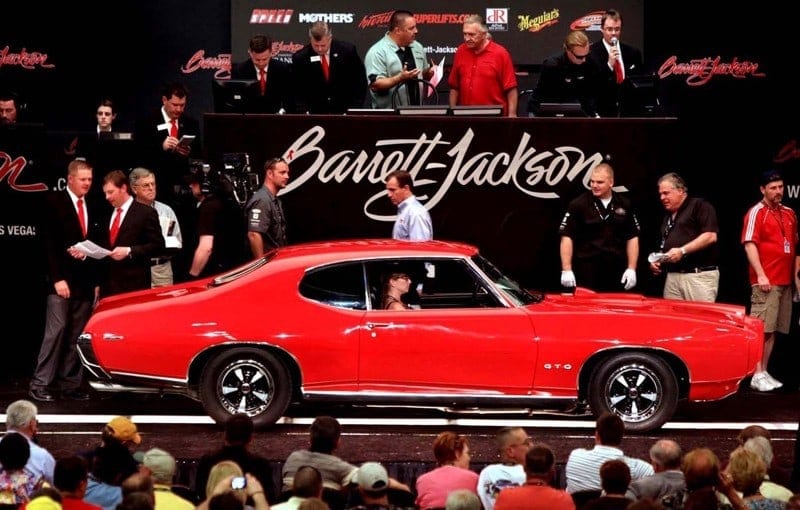 On Saturday I got up early and picked up my sixteen-year-old quasi-godson Charlie, and we headed over to the Palm Beach Fairgrounds for the annual Barrett-Jackson auction. The auction venue is located a short ten minutes from my bungalow at Palm Beach Polo in Wellington. Over the last five years, I’ve attended car auctions all over the world. From Pebble Beach to Paris, I’ve seen and participated in the best that RM and Gooding have to offer. But today was something altogether different. Barret-Jackson is an experience. It’s a Burning Man-like gathering that also happens to have a car auction.

Barrett-Jackson’s target audience is not comprised of collector car connoisseurs. Rather, the crowd on Saturday was full of rabid car guys on a weekend social outing. Some of them were subconsciously looking for a deal. Thousands of people walked the tents, talked with friends, and held out hopes of finding that ’69 Camaro that they drove in college. The secret sauce to Barrett-Jackson’s success?  They know their audience and understand branding! You could not walk five feet without seeing a beer concessionaire and a Barrett-Jackson merchandise store. As the sun drifted higher into the South Florida sky, a festive mood enveloped the Fairgrounds. People who initially came only to look at cars suddenly found themselves getting credentials to bid. Make no mistake, Barrett-Jackson has developed a brilliant business model. It’s social. It’s fun. But most of all, the venue is designed to get people motivated to bid—some eventually buy. In this sense, Barrett-Jackson runs “The World’s Greatest Collector Car Auctions.” There is a huge difference between a car enthusiast and an educated car collector—Barrett-Jackson squarely targets the former, not the latter.

The people watching and car gazing was fun. However, the most interesting and worthwhile aspect of going to the Barrett-Jackson auction was spending precious time with Charlie and listening to what he had to say. Charlie’s encyclopedic knowledge of both modern and classic American muscle cars was impressive. Chargers, Mustangs, and Camaros are his domain, and he knows all models and years going back to the 60’s. I found his knowledge of 60’s and early 70’s muscle cars fascinating because this era is so far removed from his generation. How would Charlie know that the pointed grill of the 71′ Mustang was different and more stylish than the flat grilled 72′ model? Charlie’s knowledge of modern-era cars was also astounding. We toured Barrett-Jackson’s new car display, and Charlie explained to me details about the Dodge Hellcat and pointed out the features and options of the current generation Mustang. He then went into deep detail about the Ford Raptor and the Tonka Edition F-150. Charlie knows his products cold! I was surprised that he was so interested in American cars and his comments and observations made me realize just how competitive Ford, Chevy, and Dodge have become. The new Corvette, Charger, and Mustang are world-class cars. When we walked up to the new Ford Raptor which was sitting beside a Shelby GT Mustang, Charlie exclaimed, “these are serious cars!”

Charlie knows far more than simply the nuances of various car models. A few years ago (all on his own) he rebuilt the cracked head on his Yamaha YZ 80 motorcycle. When I picked him Saturday morning, he was hard at work putting a sophisticated independent front suspension on his heavily modified E-Z-GO golf cart. Charlie is a self-taught mechanic, and he understands how engines work. On the way home from Barrett-Jackson we talked about the four-stroke engine, and he enthusiastically explained to me the inner workings of the intake, compression, power, and exhaust stroke. Charlie’s observations about his own generation fascinated me. He said his peers have little to no interest in electric cars. True, some of his friends have more interest in social networking than cars, but he assured me that most of his friends love raw analog horsepower.

I recommend a day trip to Barrett-Jackson because it’s a legitimate “bucket list” experience. But I’d also recommend bringing along a young person you care about—Charlie opened my eyes to many new things and updated my view of the American car market. He also gave me new faith in America’s youth! My morning spent with young Charlie was gold. 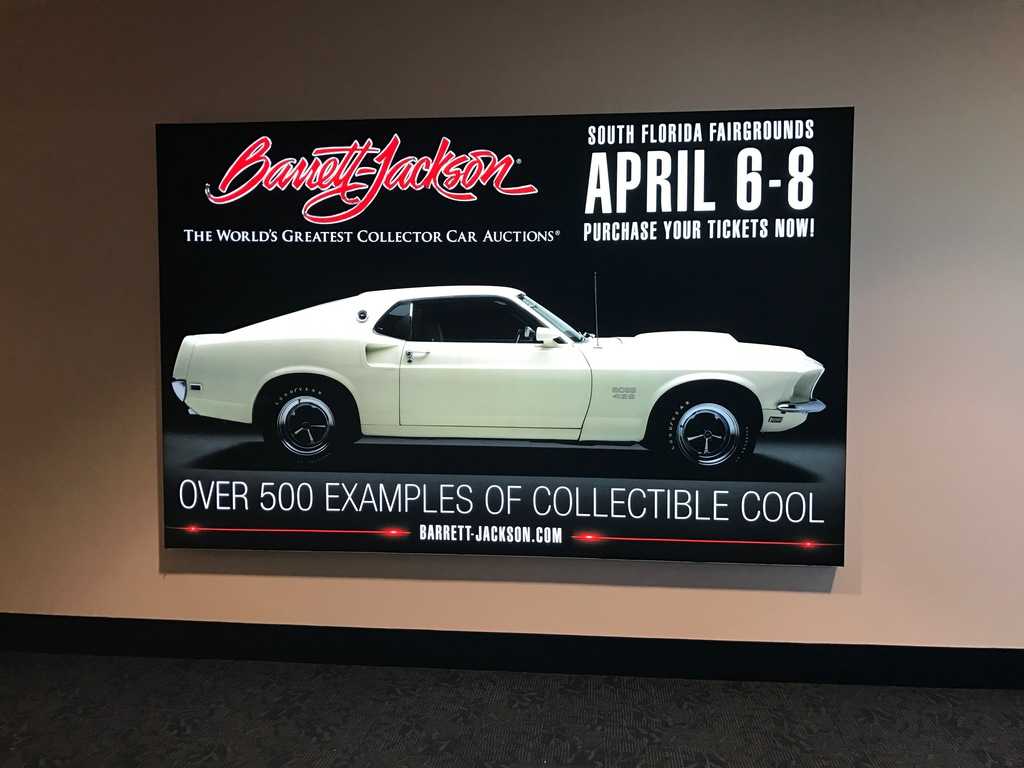 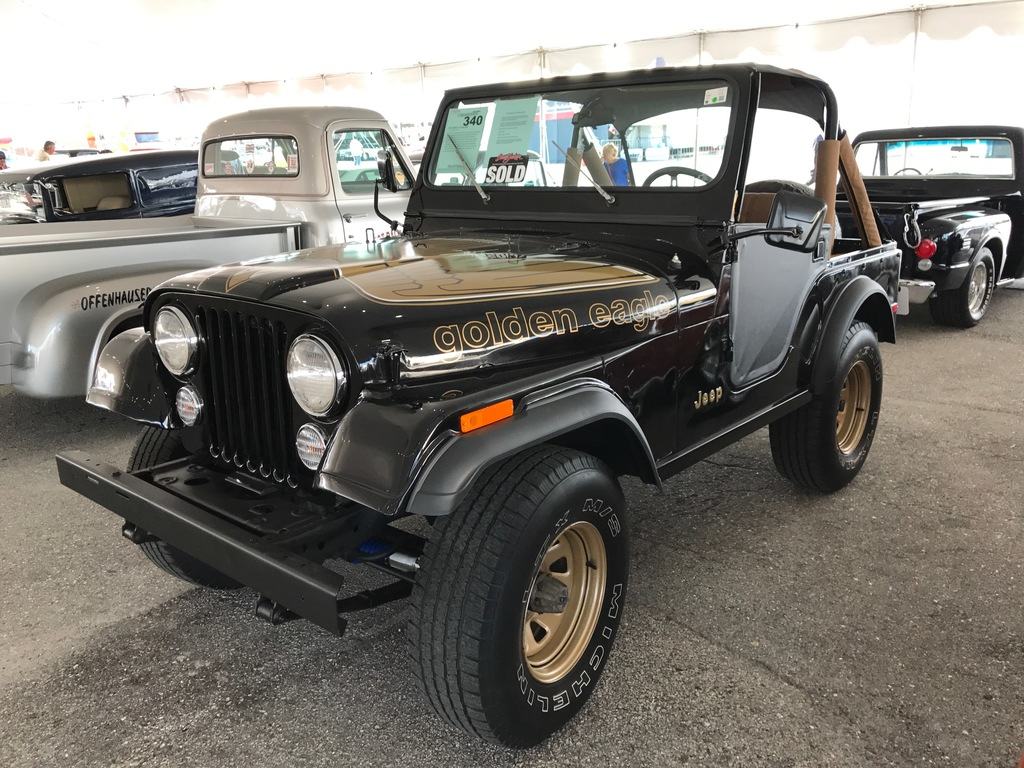 This V8 Jeep CJ5 was hastily restored but looked good from afar…. 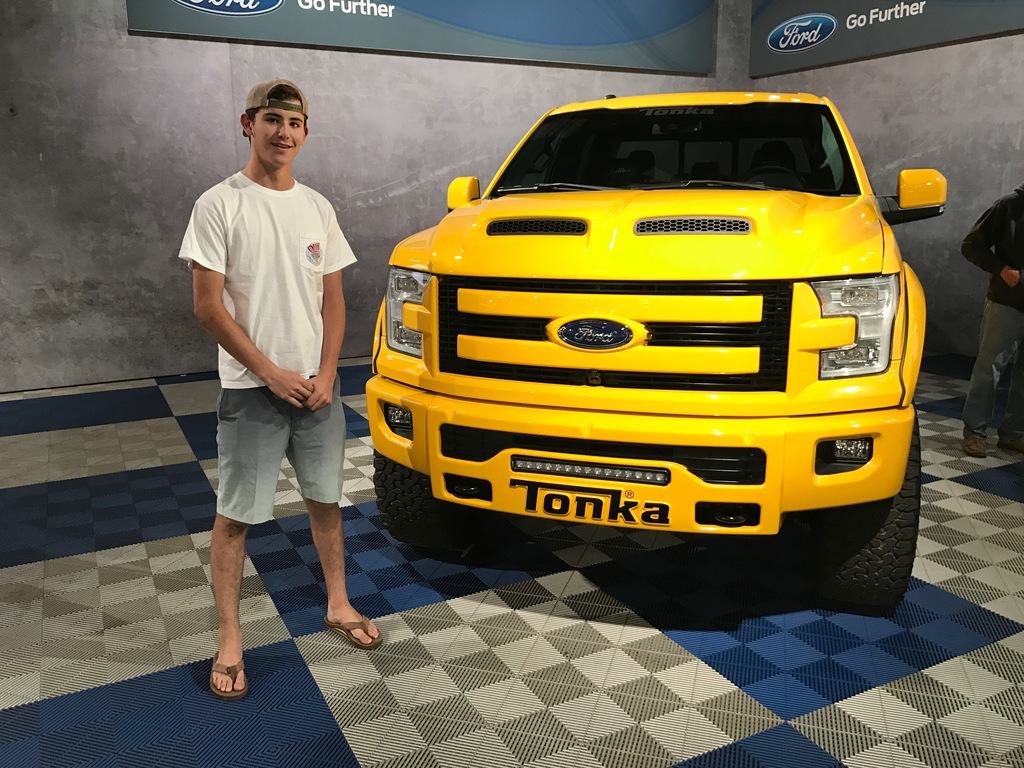 Charlie in front of a Tonka edition Ford pick up, he knew all of its technical specs…. 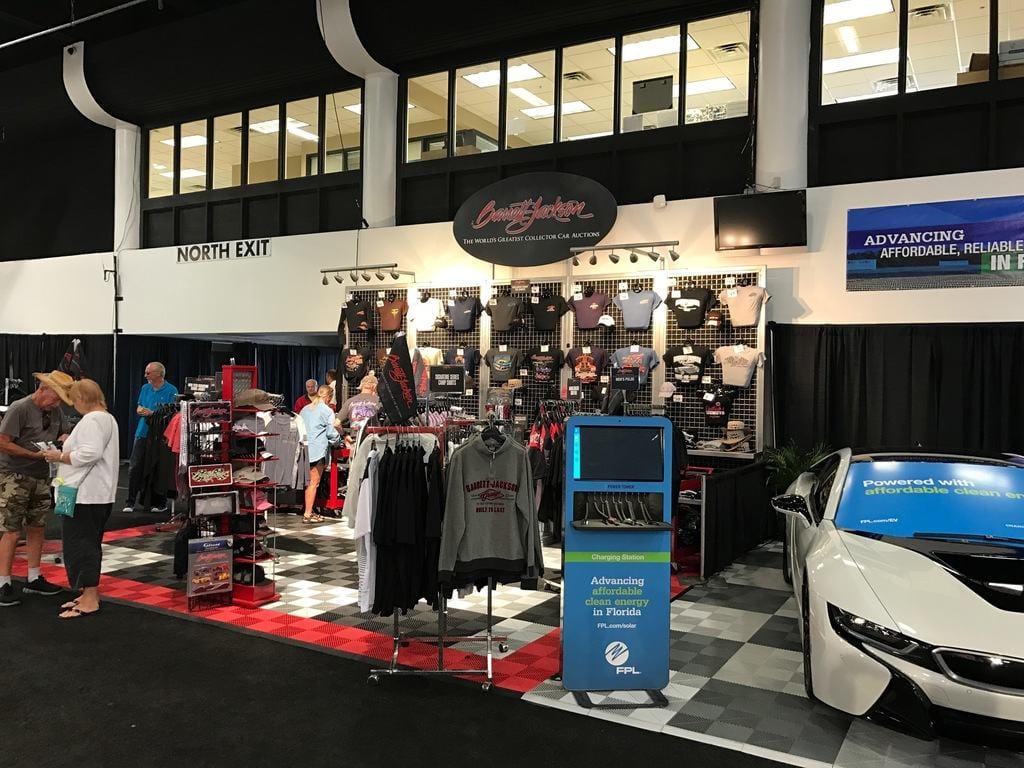 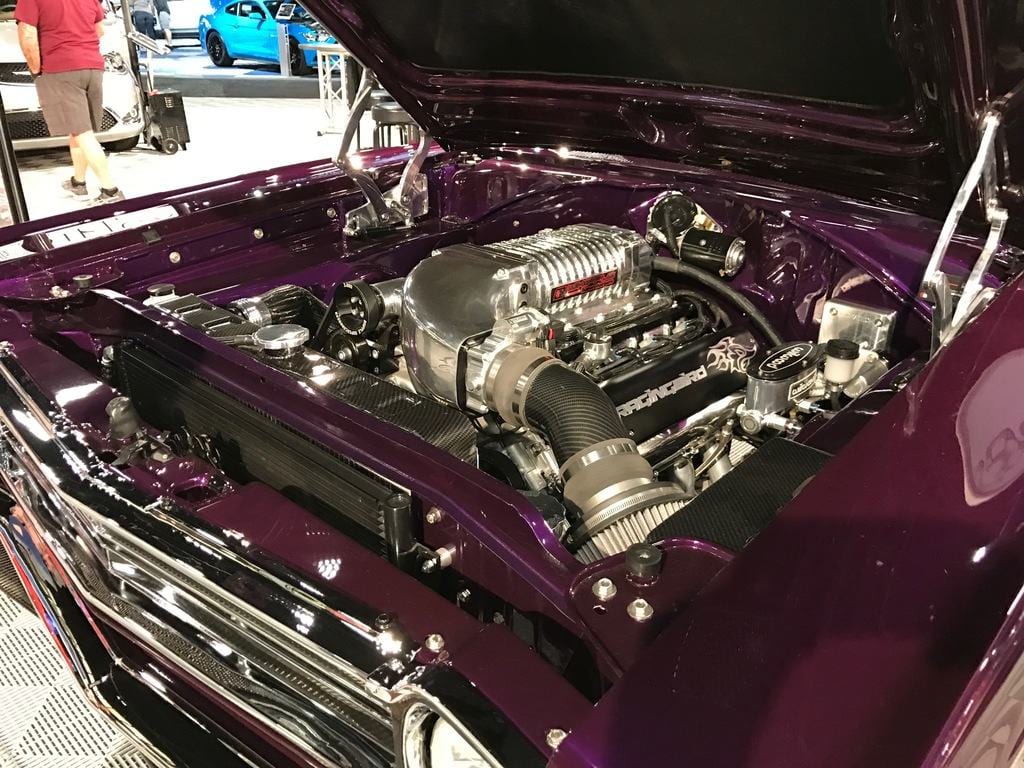 There was a lot of horsepower on display 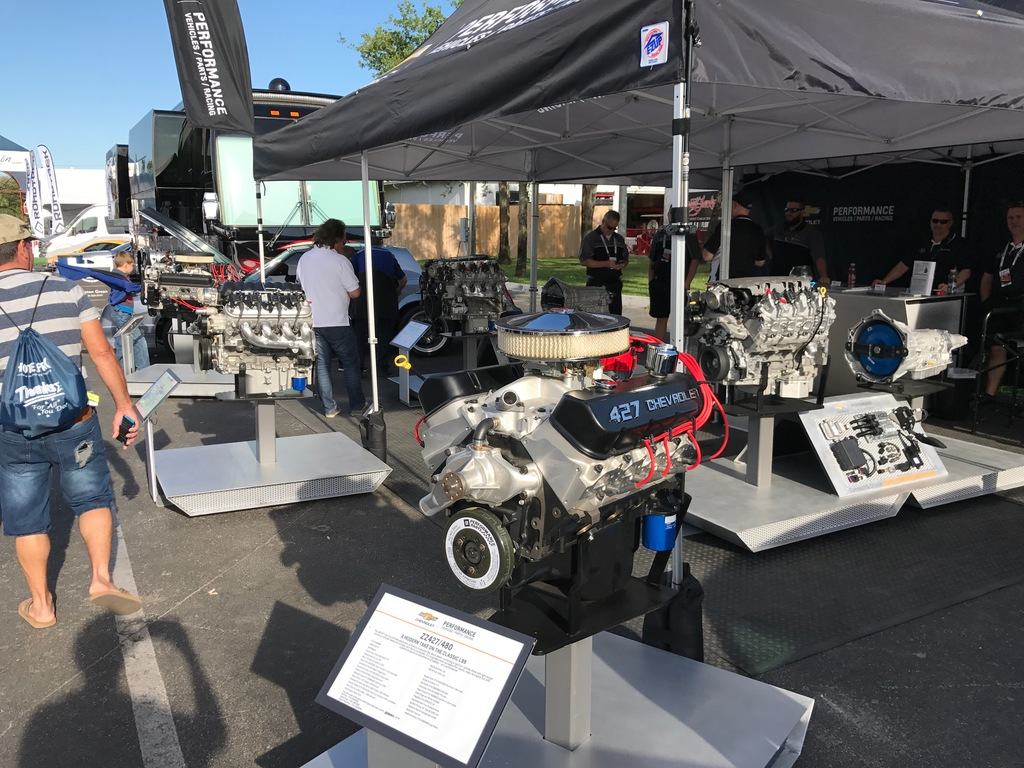 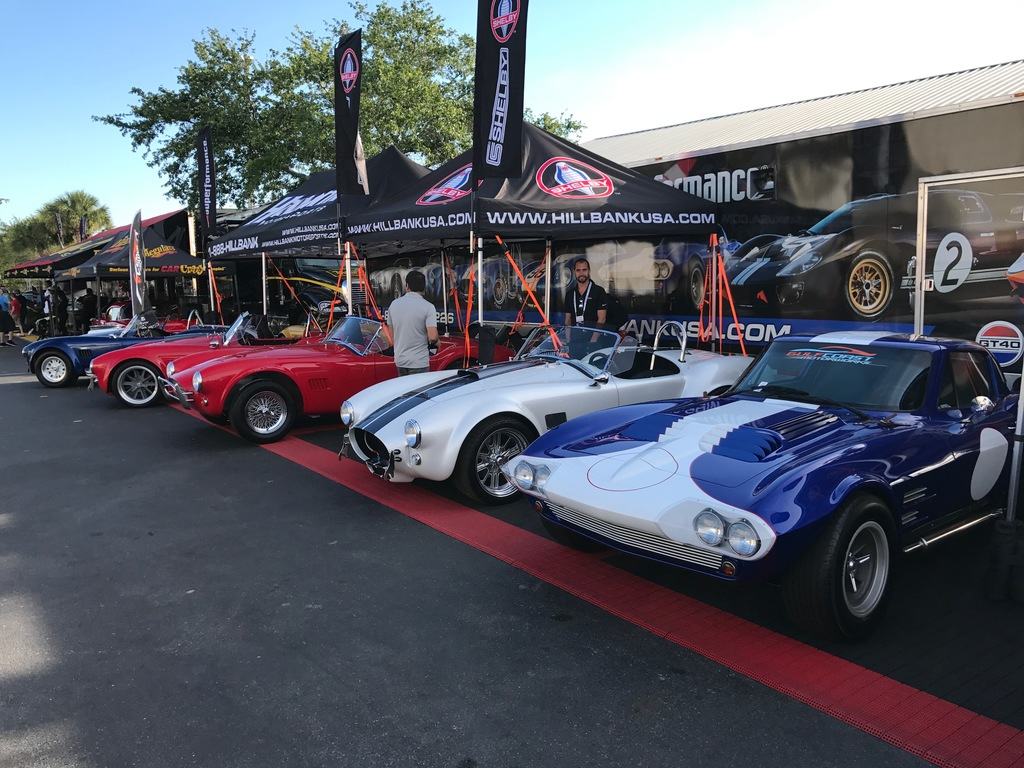 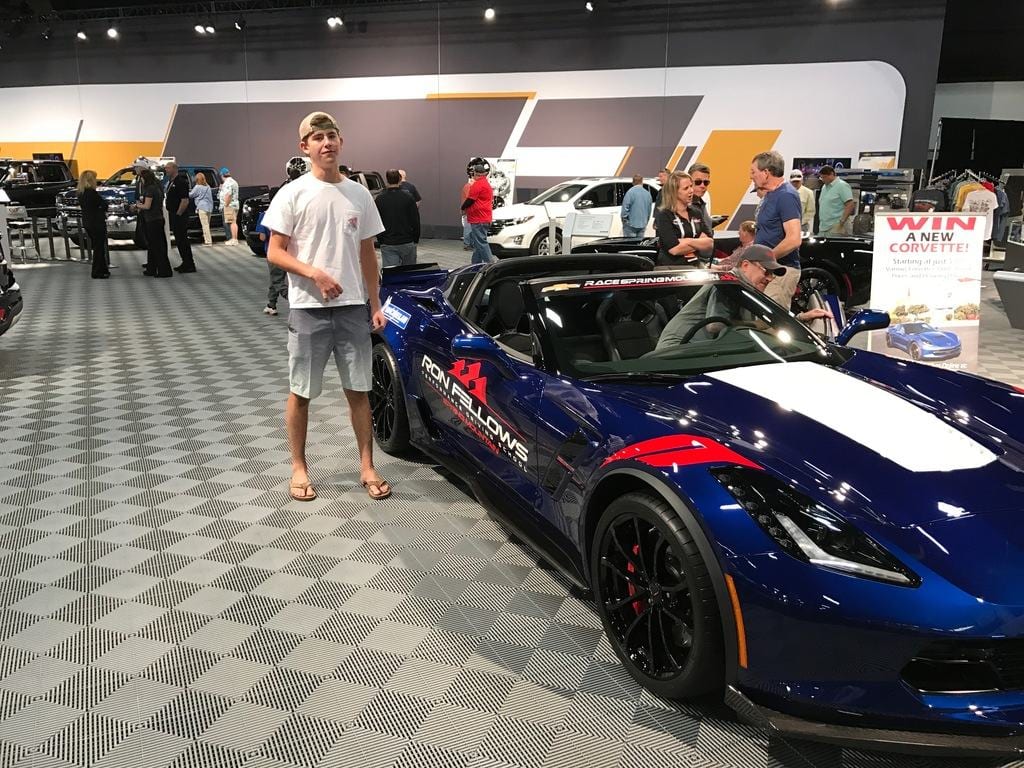 Charlie with the new Vette

Who would not want to bid on this Diesel Dodge Ram??
On the auction floor at Barrett-Jackson Palm Beach

Philip Richter is President and co-founder of New-York-City-based Hollow Brook Wealth Management, LLC. The Turtle Garage Blog, he says, is dedicated to his "love of excessive personal transportation."
View all posts by Philip Richter →
The Revenge of the 80’s!
Tesla in the Fast Lane: Elon Laps Both Ford and GM