By Philip Richter on March 21, 2018 in Autonomous Driving, Cars

Turtle Garage has been closely following the evolution and development of autonomous cars, ride-hailing services, and the electrification of vehicles. These three megatrends have the potential to radically disrupt not only the auto industry, but everything from commerical real estate to public transportation. Earlier this week Bloomberg reported that a 49-year-old woman was killed by an autonomous Uber Volvo SUV in Arizona. Apparently, the Uber struck the pedestrian going 40 miles per hour while she was crossing the street outside of a crosswalk. This incident is believed this is the first recorded pedestrian fatality from an autonomous vehicle.

This event has sent shockwaves through the industry. Toyota has temporarily halted testing autonomous vehicles on public roads. Ford and GM have not stopped their real-world tests and Lyft has made no comment. The fatal tragedy brings into question who is liable or at fault when a computer controlled vehicle is involved in a fatal accident. Historically, this crucial question has been hypotehtical—now its real.

Articles from Bloomberg and The New York Times below: 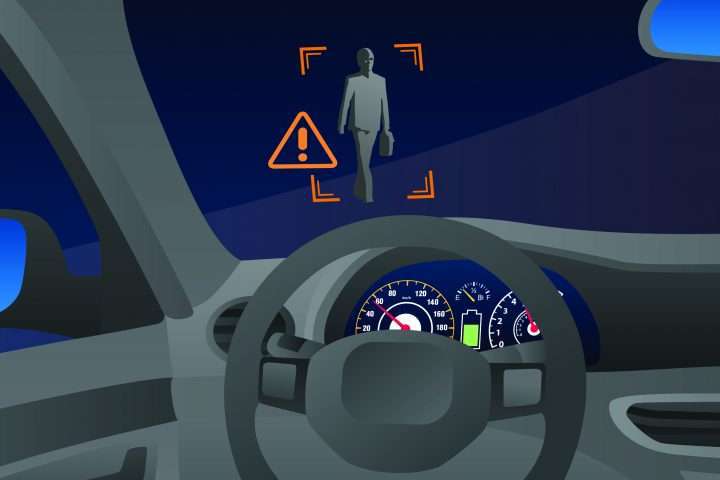 The development of autonomous vehicles raises many ethical questions….

By Mark Bergen and Eric Newcomer

Uber Technologies Inc. halted autonomous vehicle tests after one of its cars struck and killed a woman in Tempe, Arizona, in what is likely the first pedestrian fatality involving the technology. The 49-year-old woman, Elaine Herzberg, was crossing the road outside of a crosswalk when the Uber vehicle operating in autonomous mode under the supervision of a human safety driver struck her, according to the Tempe Police Department.

After the incident, which happened at 10 p.m. local time on Sunday, she was transferred to a nearby hospital, where she died from her injuries. “Uber is assisting and this is still an active investigation,” Liliana Duran, a Tempe police spokeswoman, said in an emailed statement.

Uber said on Monday that it was pausing tests of all its self-driving vehicles on public roads in Pittsburgh, San Francisco, Toronto and the greater Phoenix area. “Our hearts go out to the victim’s family,” a company spokeswoman said in a statement. “We are fully cooperating with local authorities in their investigation of this incident.”

Companies including Alphabet Inc., General Motors Co., Uber and Baidu Inc.are investing billions of dollars to develop autonomous-vehicle technology because it has the potential to transform the auto industry, transportation in general and the way cities work. One analyst has estimated Alphabet’s Waymo unit is worth at least $70 billion. The fatality in Tempe could slow testing, delay commercialization and undermine such optimism.

Testing has expanded to complex urban areas as states like Arizona and Texas take a light-touch regulatory approach and companies race to be first to commercialize the technology. That’s helped improve the systems, but also increased the chance of a pedestrian death. Experts have long worried about the impact deadly crashes could have on the nascent industry.

“We’re within the phase of autonomous vehicles where we’re still learning how good they are. Whenever you release a new technology there’s a whole bunch of unanticipated situations,” said Arun Sundararajan, a professor at New York University’s business school. “Despite the fact that humans are also prone to error, we have as a society many decades of understanding of those errors.”

The National Transportation Safety Board is opening an investigation into the death and is sending a small team of investigators to Tempe, about 10 miles east of Phoenix. The Department of Transportation’s National Highway Traffic Safety Administration dispatched a special crash investigation team.

The NTSB’s cautionary tone on the emergence of self-driving technology contrasted with the Department of Transportation, which revised its policy on self-driving vehicles Tuesday in an attempt to remove obstacles to the testing of such vehicles.

“As always we want the facts, but based on what is being reported this is exactly what we have been concerned about and what could happen if you test self-driving vehicles on city streets,” said Jason Levine, executive director of the Center for Auto Safety, a Washington-based advocacy group. “It will set consumer confidence in the technology back years if not decades. We need to slow down.”

The Phoenix area is a fertile ground for experiments in the technology. Uber has been testing there with safety drivers behind the wheel. Late last year, Alphabet Inc.’s Waymo, which has tested in the Phoenix area for years, began removing the safety drivers to transport a small number of residents. (Waymo staff sit in the back seat.) General Motors Co. is also testing in the Phoenix area. A GM spokesman declined to comment, and a representative from Waymo didn’t return multiple requests for comment.

“Public safety is our top priority, and we are in communication with law enforcement, which is investigating the accident and gathering facts, as well as Uber,” a spokesman for Arizona Governor Doug Ducey said.

Uber has had minor incidents in the past. A self-driving Uber car ran a red light in San Francisco while the company operated in the city without regulatory approval. The California Department of Motor Vehicles eventually forced Uber to pull the cars from the road.

The fatal accident involving an autonomous vehicle operated by the ride-hailing service Uber has prompted one automaker to temporarily halt its testing of self-driving cars on public roads.

The accident on Sunday night in Tempe, Ariz., prompted Uber to halt its tests on the streets of four cities: Tempe, Pittsburgh, San Francisco and Toronto. On Tuesday, Toyota Motor said that it, too, was suspending its tests of autonomous vehicles on public roads near its research center in Ann Arbor, Mich., and in the San Francisco area.

Toyota has a fleet of test vehicles that can drive themselves, although engineers and safety drivers ride along to take control if necessary — the same arrangement that was used in the Uber vehicle that fatally struck a pedestrian in Tempe.

“We’ve told our drivers to take a couple of days off so we can assess the situation,” said Rick Bourgoise, a Toyota spokesman.

The company is continuing to test autonomous vehicles at three enclosed proving grounds — two in Ann Arbor that are affiliated with the University of Michigan, and another known as GoMentum Station, a former naval weapons station in Concord, Calif.

Two other carmakers, Ford Motor and General Motors, are still performing tests of their self-driving cars on public roads. Waymo, the autonomous vehicle division of Google’s parent company Alphabet, and Lyft, Uber’s chief rival in the ride-hailing sector, declined to comment on the status of their testing programs on Tuesday.

Those companies are racing to put autonomous vehicles into commercial ride and delivery fleets within a few years. G.M. aims to start a ride-hailing service by the end of 2019 using a car it has developed, called the Cruise AV, that has no steering wheel or pedals. Ford hopes to have a similar vehicle in mass production by 2021.

After the Tempe accident, G.M. said Tuesday, “our plans to commercially launch in dense urban environments in 2019 remain unchanged but, as we’ve said from the start, we will not launch until we are satisfied that it is safe to do so.”

The death of a woman who was struck by an autonomous car operated by Uber is believed to be the first pedestrian fatality associated with self-driving technology. Here’s what we know about how it happened.

The accident in Tempe involved a Volvo XC90 sport-utility vehicle that Uber had outfitted with radar, cameras and other sensors and computer gear that enable it to navigate without input from a driver. Although a safety driver was in the vehicle at the time, it was in autonomous mode when it struck and killed Elaine Herzberg, 49, on Sunday night.

Ms. Herzberg was walking with her bicycle when she was hit. The Volvo was traveling at about 40 miles per hour. The car did not appear to slow before the impact, according to the Tempe police.

It is believed to be first pedestrian death associated with a self-driving car.

The Tempe police said Tuesday that the investigation by the National Transportation Safety Board was still underway, including the gathering of electronic data from the car and video from a camera that was mounted on its dashboard. The police reiterated that it had not yet been determined whether any party was at fault.

Over the past year, a number of companies have built up fleets of autonomous vehicles and begun testing them on public roads — many of them in Arizona, where officials have welcomed self-driving cars. One start-up has taken to a large retirement community — which is private property — to test, while some companies have also turned to virtual reality testing to teach their vehicles how to behave.

At the same time, some universities and state and local governments have been working to create realistic proving grounds where companies can work on self-driving cars without interacting with the public.

“Obviously this is a real tragedy, and it will take time to know what happened,” said Carrie Morton, deputy director of MCity, a 32-acre center operated in Ann Arbor by the University of Michigan. It features simulated city streets and intersections, with traffic lights, road signs, parking meters, a railroad crossing and a tunnel. More than 60 companies have become partners in the project.

“We firmly believe a combination of on-road testing, enclosed facilities like MCity, and computer simulation will be required to develop autonomous technology,” Ms. Morton said.

The University of Michigan is also helping to develop a larger site about 10 miles away in Ypsilanti, where the American Center of Mobility covers 335 acres at a World War II-era bomber plant. It includes highway ramps, overpasses and bridges that allow automakers to test self-driving cars at high speeds and in more complex environments than at MCity.

MCity and the American Center for Mobility are near technical centers operated by several companies, including G.M., Ford, Toyota, Fiat Chrysler, Hyundai and Waymo.

GoMentum Stations is the largest such center, covering 2,100 acres. It has about 20 miles of paved roads and a cluster of barracks and buildings that provide an urban environment.

Philip Richter is President and co-founder of New-York-City-based Hollow Brook Wealth Management, LLC. The Turtle Garage Blog, he says, is dedicated to his "love of excessive personal transportation."
View all posts by Philip Richter →
JCW Mini Cooper: Fighting Above its Weight
Stuttgart is Feeling the Heat