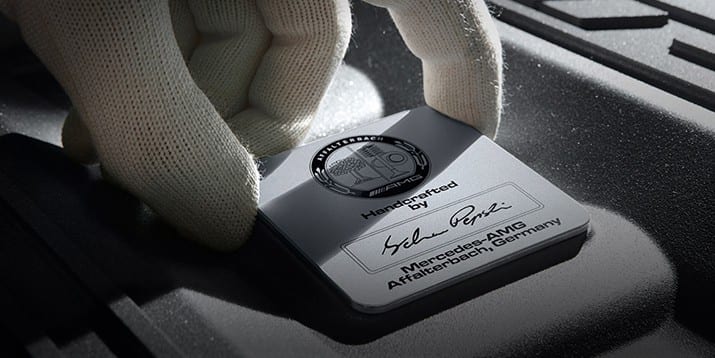 AMG was founded in 1967 by Hans Werner Aufrecht and Erhard Melcher. The two met while working on racing engines at Daimler-Benz. Both Aufrecht and Melcher shared a burning passion for design and engineering. At night and on weekends they modified engines for fun. In a small garage in Burgstall Germany the two began building innovative high performance racing motors. From these humble origins came the storied performance brand of Mercedes-Benz. The acronym AMG stands for Aufrecht, Melcher, and Grossaspach (Aufrecht’s birthplace).

In the early days, AMG designed and tested racing engines. In the late 1960’s AMG successfully raced a heavily modified 300 SEL 6.8 sedan. The company was originally based in Burgstall but moved to Affalterbach in 1976. During the 1970’s and 1980’s, AMG became known as the preeminent modifier of Mercedes-Benz cars. AMG eventually grew beyond the racetrack and entered the broader market of customizing Mercedes-Benz road cars. AMG’s engine, bodywork, and interior enhancements ultimately became the envy of the Mercedes-Benz aftermarket tuning marketplace. A flat and elongated AMG logo was used as a low-profile trunk-lid identifier badge and quickly became synonymous with power, prestige, and performance.

The 1986 AMG “Hammer” was a landmark car that really put AMG on the map. This modified E class Mercedes could reach speeds of 190 miles per hour and was based on the W124 chassis. The car was the spiritual forerunner to the Porsche-built Mercedes 500E that was built between 1992 and 1994.  By the late 1980’s AMG elevated its status into the upper echelons of globally recognized and respected automotive brands. 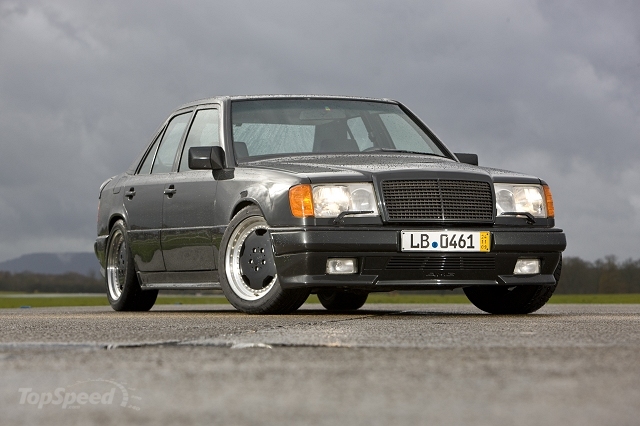 In 1990 AMG formalized an agreement with Mercedes-Benz whereby AMG upgrades were available and serviceable through certain Mercedes-Benz dealers worldwide. This move catapulted the growth of AMG. As part of the agreement, Mercedes and AMG agreed to jointly develop factory production versions of high performance cars. This deal lead to the 1993 AMG C36 sedan.

The AMG rondel encloses an apple tree and a river which is split and shared vertically with a camshaft, valve, and valve spring. The actual derivation of this logo is the coat of arms of Affalterbach, the town outside of Stuttgart where AMG is now based. 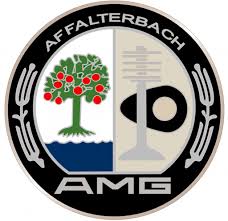 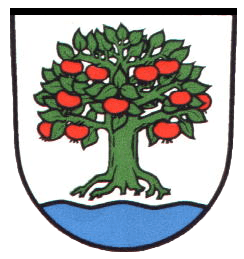 with Affalterbach coat of arms

At the company’s core is the principal of “one man, one engine.” Each engine is hand-built form start to finish by a single individual. Only 50 people in the world are certified and employed to produce an AMG motor from start to finish. Each motor is hand signed by its owner with an engraved plate affixed to the engine block. 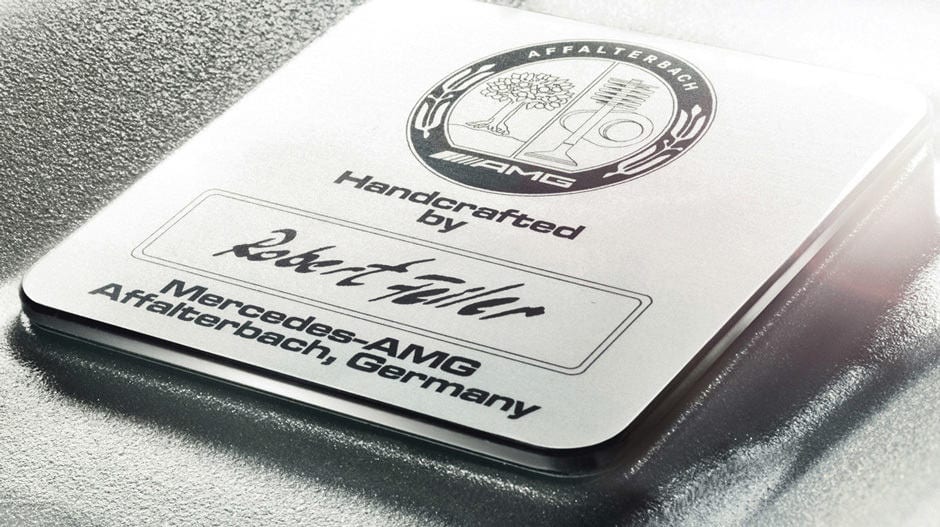 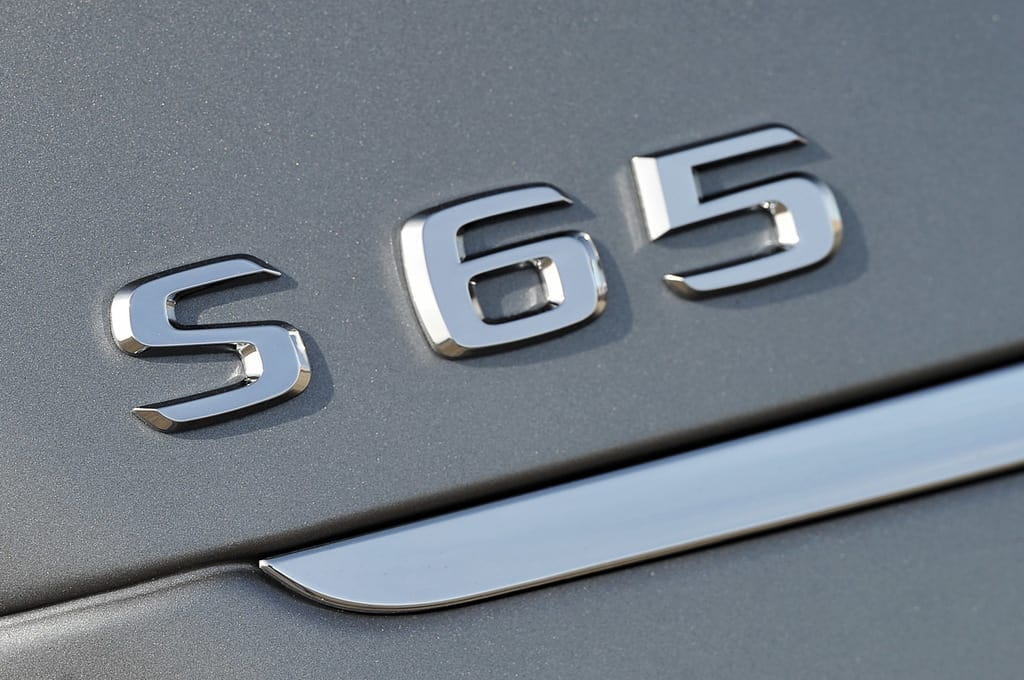 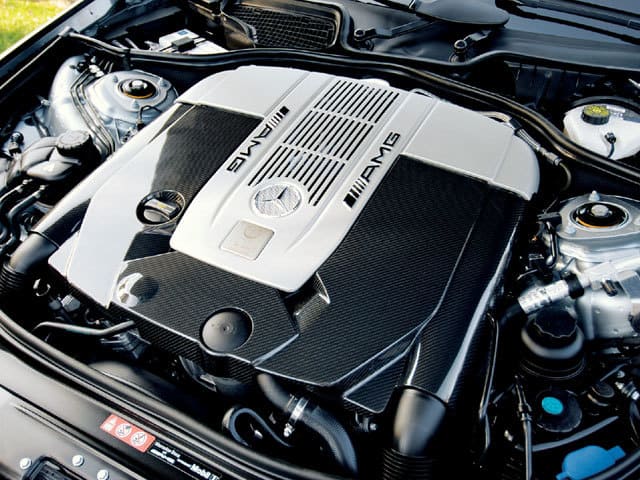 My first personal experience with an AMG car came a few years ago when I traded up from a 2004 SL 500 to a pristine 8,000 original mile 2003 SL 55 AMG. Both of these cars shared virtually identical interiors and exteriors but that is where the similarities ended. The SL 55 enjoyed a 50% horsepower increase from the stock SL 500. The massive discs on the SL 55 made my old SL feel like it was running with drum brakes. The 55’s chassis was stiffer and the suspension race-tuned. The nearly 500 horsepower under the hood of the SL 55 is always available thanks to its Lysholm twin screw supercharger. This supercharger was invented by Alf Lysholm in the 1930’s. His ingenious design was developed to replace conventional turbine compressors. AMG built upon this this technology and improved it. Even twelve years after my SL 55 was produced it still maintains supercar status. Driving my SL 55 AMG is one of the great pleasures of life. The car can effortlessly surge from 75 miles an hour to 130 in the blink of an eye. It is stable, substantial, and rock steady at any speed. At the same time it handles like a lightweight sportscar and is easy to drive around town. Did I mention the retractable hardtop? Only the Germans could engineer such a miraculous technological wonder! 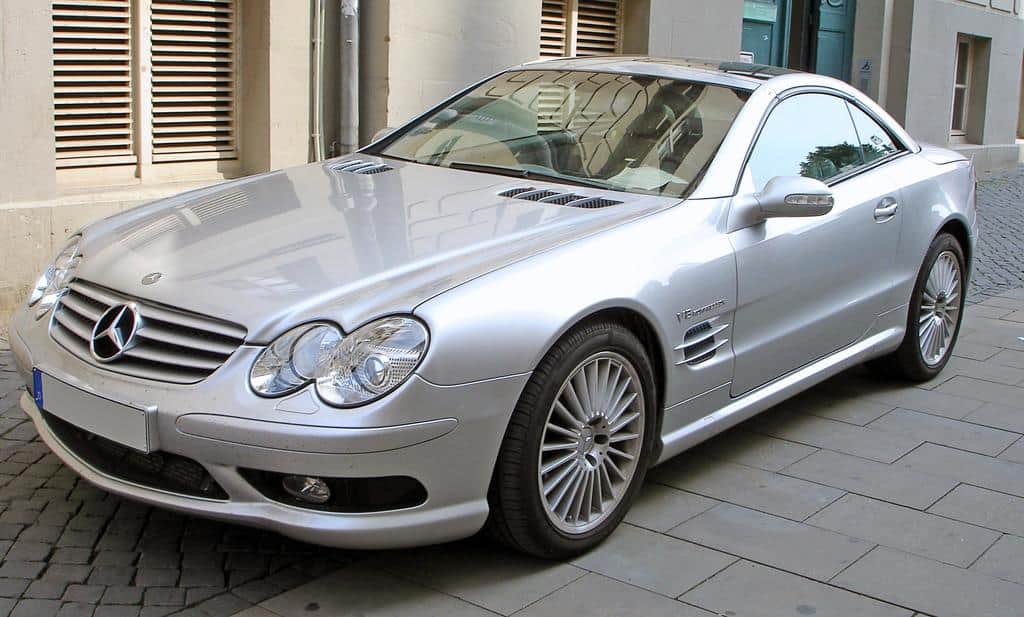 A comprehensive video on the history of AMG can be viewed here. A detailed written history of AMG as well as a description of the engines they have produced is available here.

1967: AMG is founded by engineers Hans Werner Aufrecht and Erhard Melcher in an old mill in Burgstall an der Murr, outside of Stuttgart.

1970’s: AMG builds its reputation in modifying Mercedes-Benz products for the racetrack.

1986: AMG creates the Hammer, a 190MPH supersedan based on the Mercedes-Benz W124 chassis.

1990: Mercedes and AMG sign an agreement of cooperation whereby AMG upgrades were available and serviceable through certain Mercedes`Benz dealerships worldwide.

1993: The first Mercedes and AMG car to be jointly developed is born: The C36 AMG.

2002: The SL 55 AMG launches. It is a 500 hp 5.5 liter supercar powered by a belt driven twin screw supercharger. It has a retractable metal roof and has looks to kill. Throughout the 2000’s, many other Mercedes models eventually use the AMG 5.5 liter supercharged motor including the G55, CL 55 and the S55. To this day, the “55” engine is considered by many AMG aficionados to be a reliable workhorse and one of the best motors they ever produced.

2009: The legendary SL 65 AMG Black Series is launched. Only 350 were produced. The car was al fixed roof carbon fiber supercar built to run on the Nürburgring. It was barely street legal. 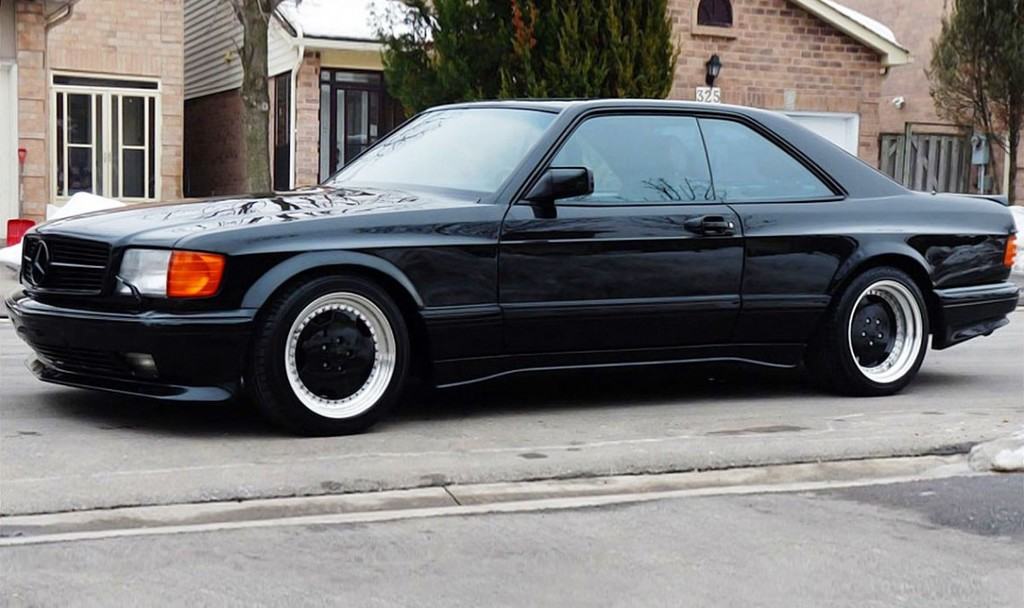 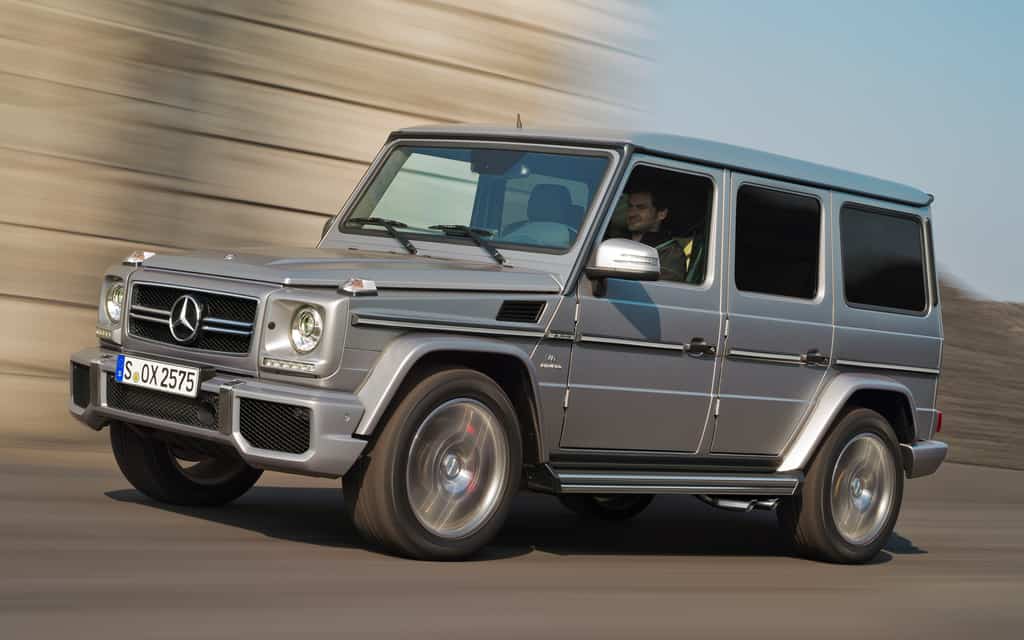 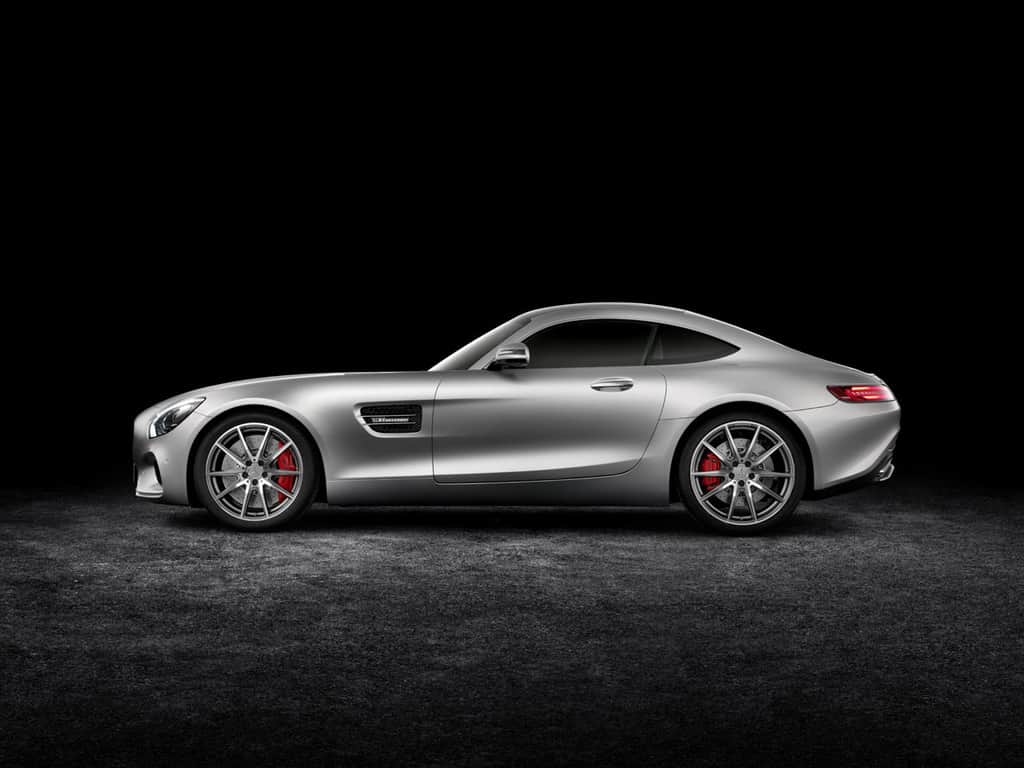 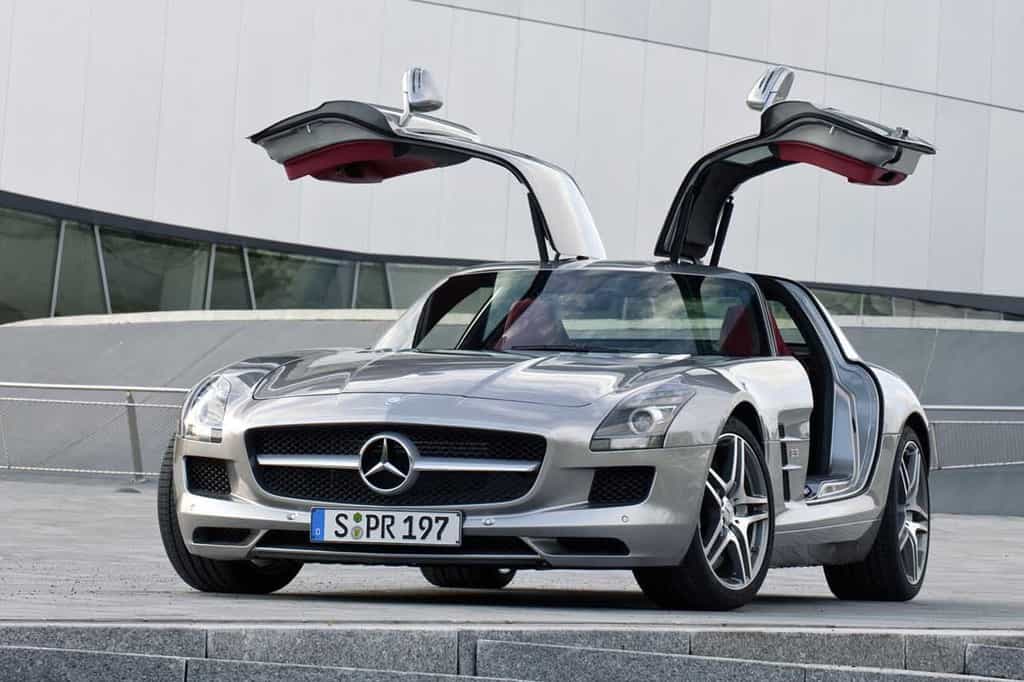 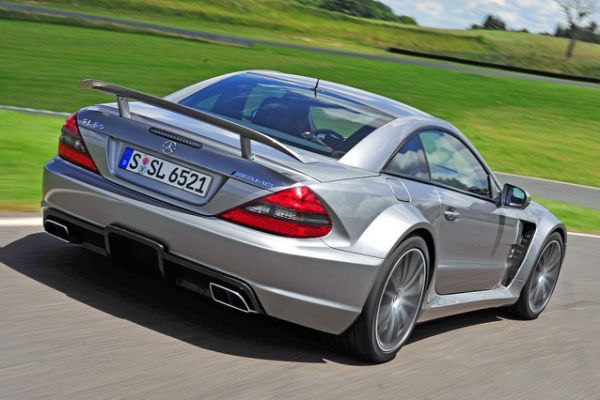 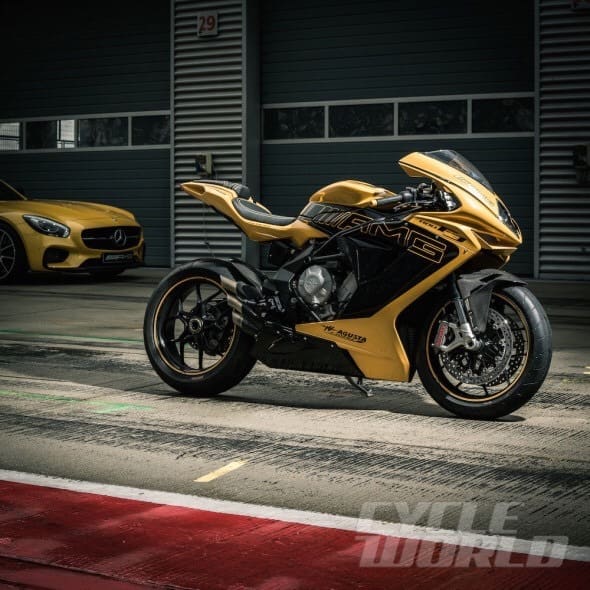 Philip Richter is President and co-founder of New-York-City-based Hollow Brook Wealth Management, LLC. The Turtle Garage Blog, he says, is dedicated to his "love of excessive personal transportation."
View all posts by Philip Richter →
Caffeine and Carburetors and the Edison Concours d’Elegance
Rennwerke: To a Porsche, it’s the Mayo Clinic

One Response to Aufrecht, Melcher and Grossaspach: A Concise History of AMG