By Philip Richter on September 16, 2015 in Car Shows, Cars, History

Last week I had Laurie Duncan (a fabulous computer consultant) come to my office and update my iPhone, iPad, and MacBook. These devices now all talk to each other and share data seamlessly over the cloud. She changed my life for the better. Her services put the Apple Genius Bar to shame. She comes to your home or office and fixes whatever is wrong with your digital life. You can learn more about “Laurie the Mac Samurai” here. I had a memory upgrade, terabyte hard drive replacement, and she even put a new long life battery in my 7-year-old MacBook Pro. I’ve been upgraded!

Laurie took twenty years of digitized negatives and uploaded them to my computer and uploaded them to the cloud in chronological order. Thousands of old photographs were added to my photo library. They are all searchable and organized by year and event. I spent the weekend looking over photographs I forgot were ever taken. Friends, family, and dogs long gone suddenly came back to life in crisp digital clarity.

As I browsed the decades of photographs I came across a series of images that I took at the 1988 New York Auto Show. The show was held at the then newly-constructed Jacob Javits Center. The photographs transported me back to the car world of 1988. A lot of memories of the day were quickly recalled. I went to the show with my good friend Charlie Peluso. We were only 18 and we both drooled over all the new Ferraris, BMW’s, Mercedes, and Jeeps that were on display. After the show (in my own darkroom) I eagerly developed my negatives and I made black and white prints that I eagerly shared with my high school buddies. The digital world today seems like a quantum leap compared to the toxic developer, stopper, and fixer that I used to bring these images to life over 27 years ago!

I still love many of these cars I photographed at the 1988 New York Auto Show. 1988 was a special year and a turning point for the global automobile market. The late 1980’s brought many new and desireable models to market. After the dreary 1970’s and early 1980’s, the automobile market was full of pent up demand for cool and stylish cars. The Pacer, Gremlin, Vega, Cimmeron and Pinto had starved the American public of their god given right for driving excitement. In retrospect, these images silently recorded the many positve and groundbreaking automotive changes that occured in the late 1980’s. Indeed, my photographs from the vault are a hidden time capsule. Sleek convertibles, passionate styling, and high displacement multi-valve engines began arrving to our shores. Widebody BMW M3’s, outrageous side-finned Ferrari Testarossa’s, and several far out concept cars were proudly on display. Some of the cars I saw at the 1988 show I dreamed of owning as a teenager. I especially liked the E30 M3, the Cosworth powered Mercedes-Benz 190E 2.3 16, and even the Volvo 780 Bertone coupe. Today some of these models are now parked in my garage!

Below are the photographs I took at the show in 1988.

A god knows what…. 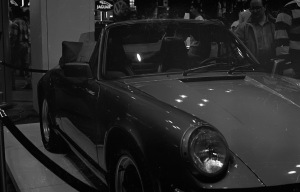 911 Turbo….what I would give for this car today!

The Buick Reatta Convertible, a sales failure but a valiant effort by GM….

A gaggle of Lambo’s…. 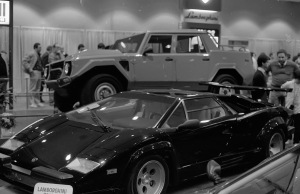 The Lamborghini LM002. These early monster SUV’s are a hot item today!

The Jeep Cherokee Limited was a regular sight on the roads back in the late 1980’s.

The Eagle Premier cut away car. 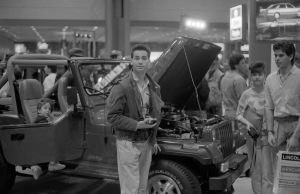 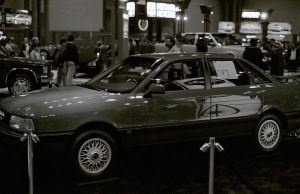 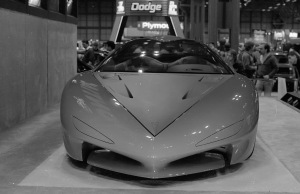 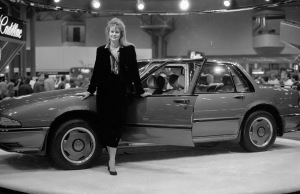 The Pontiac Bonneville SSE was actually the best H body GM car of the era.

An Oldsmobile GM-10 Convertible….the idea was good but the execution was classic 1980’s GM…. 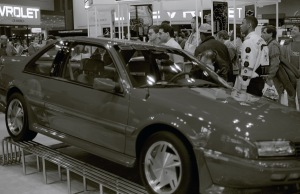 The Chevy Beretta….they ultimately got sued for using the legendary name of the Italian firearms manufacturer… 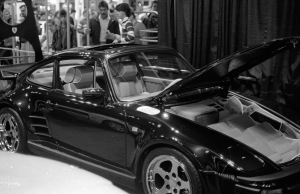 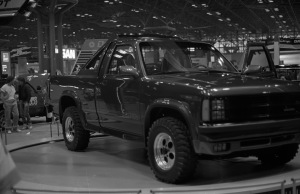 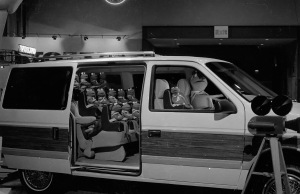 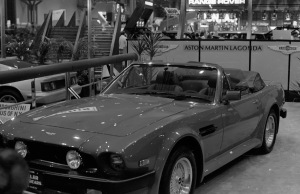 Chrysler’s answer to the Porsche 928

Philip Richter is President and co-founder of New-York-City-based Hollow Brook Wealth Management, LLC. The Turtle Garage Blog, he says, is dedicated to his "love of excessive personal transportation."
View all posts by Philip Richter →
Sunday in the Park
Burma-Shave: The Verse by the Side of the Road