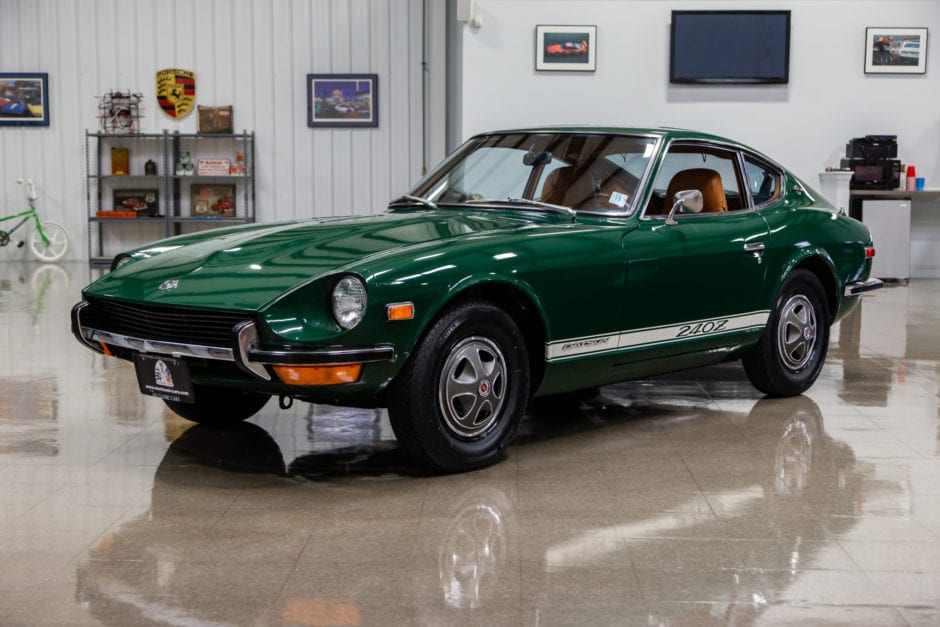 By Philip Richter on January 31, 2020 in Auction Spotlight

Just when you thought the Supra madness had hit its zenith, along comes a $310,000 240Z! From BAT: This 1971 Datsun 240Z was built in May of 1970 and delivered new to Munson Datsuns of Marion, Indiana. Dealership owner James Munson retained the car and later gave it to his son, Ronald Munson, as a dental school graduation present. The vehicle was driven infrequently over the years and was stored first in the dealership showroom and later at the Munson family home. Dr. Munson passed away in May 2019, and a few months later his dental practice and 240Z were purchased by a friend and fellow dentist. Finished in Racing Green over brown vinyl, the car retains its original 2.4L inline-six and now shows just 21,750 miles. The selling dealer acquired it in December 2019 and has since adjusted the carburetors, changed the oil, mounted new tires, and performed detailing. This Series I 240Z is offered in Seekonk, Massachusetts with its original window sticker, an extra set of period wheels, additional spares, and a clean Indiana title.

Sheer madness. This outcome is such an outlier that one has to wonder if it was indeed a real auction outcome or if three or more individuals are colluding and trying to raise the prices of Z cars? If this trade was a legitimate print, the world of low interest rates and money printing is responsible for this silly outcome. VERY VERY well sold! The seller should run to the bank and cash the check!

Philip Richter is President and co-founder of New-York-City-based Hollow Brook Wealth Management, LLC. The Turtle Garage Blog, he says, is dedicated to his "love of excessive personal transportation."
View all posts by Philip Richter →
1990 Mercedes-Benz 190E 2.5-16 Evolution II
The Rise of the BMW E30: Madness is the New Normal