By Philip Richter on September 14, 2016 in Motorcycles, People, Travel 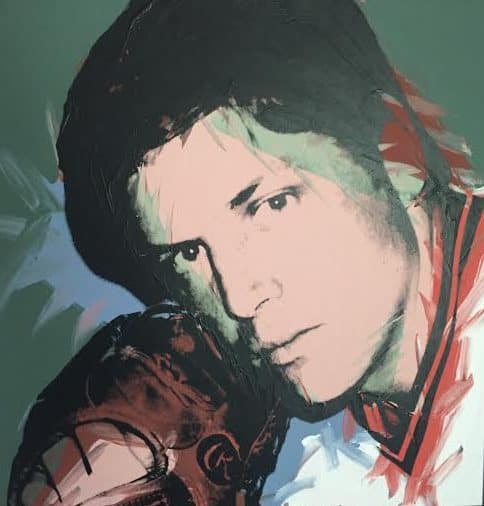 George Thomas “Tom” Seaver (born November 17, 1944), nicknamed “Tom Terrific” and “The Franchise”, is a former Major League Baseball (MLB) pitcher. He pitched from 1967 to 1986 for four different teams, but is noted primarily for his time with the New York Mets. During a 20-year career, Seaver compiled 311 wins, 3,640 strikeouts, 61 shutouts and a 2.86 earned run average. In 1992, he was inducted into the National Baseball Hall of Fame by the second highest percentage ever recorded (98.84%), and is one of two players (with Mike Piazza) at Cooperstown wearing a New York Mets hat on his plaque. As of 2016, Seaver, Mike Piazza and Gil Hodges (played for the Mets in 1962-63) are the only Mets players to have their jersey numbers retired by the team (Gil Hodges’ number was retired as a manager even though he also played for the Mets). He won the National League Rookie of the Year Award in 1967, and he received three NL Cy Young Awards as the league’s best pitcher. Seaver is the Mets’ all-time leader in wins, and is considered by many baseball experts as one of the best starting pitchers in the history of baseball. (Wikipedia)

I grew up in the orbit of this legendary athlete because I went to grammar school and college with his daughter Sarah. Our parallel academic paths solidified a life long friendship. My bond and friendship with Sarah also extends to her wonderful parents.

Growing up I was never a huge fan of the game of baseball. I found it slow, tedious and somewhat boring. For me Tom Seaver was simply Sarah’s loving father. I never really gave much thought to his “day job” as one of the greatest baseball players of all time.  To me he was always just Sarah’s dad — a regular guy who drove a Ford pick-up (and still drives  one to this day).

Recently I was in San Francisco and fired up my old faithful BMW R100R. I rode from Sea Cliff up to Calistoga to visit Sarah’s parents. In 2004 I rode this motorcycle from New York to California and its lived in in San Francisco ever since. That epic cross-country ride raised $100,000 for the Megan Furh Foundation. Megan was a close friend who died in 2003. You can read my road diaries of this journey here.

It sure is great and convenient to have a bike on the left coast! My R100R is the last of  BMW’s ultra-simple and very reliable air-cooled machines. It’s the perfect bike to leave sitting for months because not a lot can go wrong with it. There are virtually no onboard electronics and its air-cooled design requires few fluids. I once left the R100R sitting parked for two years. Even after such a long hibernation it started right up like it was hot. Since my trip across America I simply store the bike in Megan’s mothers garage. I leave it trickle charged and add fuel stabilizer to keep the fuel fresh. Every three years my R100R goes to San Francisco BMW and  gets new tires and a full service. It is always ready to roll.

The 80-mile trip to Calistoga took me over the Golden Gate Bridge and up the 101 to Santa Rosa. I got off at Mark West Road and drove inland though the tall redwoods. Around 11:30 I arrived at Palisades Deli on Lincoln Street in downtown Calistoga. I parked the BMW in front of the deli and put it on its center stand. Suddenly there I was in downtown Calistoga. The sun was shining and the temperature was perfect. I asked myself a rhetorical question as to why I live in New York. I glanced over and saw Sarah’s dad sauntering down the street towards me. Tom has an unmistakable gate. He walks tall and forward and his powerful shoulders move slightly from side to side.  There he was, Sarah’s father (who also happens to be the greatest baseball pitcher of all time) strolling down Lincoln Street to have lunch with me.

Just a short week ago Sarah was with me at the Turtle Garage in Bedford New York for our Whitby School junior high school reunion. We had a great (and long overdue) gathering and we all mingled and reconnected. Some of our classmates had not seen each other in over twenty years. I told Tom all about our great reunion evening that culminated in a huge rainstorm and a stunning double rainbow.

The double rainbow that formed over the Turtle Garage in Bedford NY during the Whitby School reunion.

We ordered up some sandwiches and caught up on lost time. I last visited the Seaver’s in Calistoga sometime in early 2009. Tom looks great and loves his private life in Calistoga. He and Nancy run Seaver Vineyards, a boutique winery located on Diamond Mountain. They produce only about 450 cases of premium Cabernet each year. The waiting list is a mile long and I’m fortunate to have several early production cases in my cellar. Over the last decade Tom and Nancy have put their heart and soul into producing some very serious and desirable wine. On the list of the ten hardest businesses winemaking has to be near the top!

At some point in the middle of his Hall of Fame baseball career, Tom Seaver’s brother-in-law asked him what he was going to do after he retired from baseball. Immediately, and without a second thought, Tom answered, “I’m going back to California to raise grapes”. Tom was born and raised in Fresno, California, his father was in the raisin business and Tom had long been a collector of wine but the answer surprised even him. Fast forward to 1998, when Tom and Nancy stumble upon 116 acres on Diamond Mountain in Calistoga and that prescient moment becomes manifest.

Knowing that he had something special in the land they found, Tom would hike the raw land with his dogs in tow and compass in hand, often climbing trees to get a better view, in search of the ideal spot for his vineyard to be planted. Finding a south facing slope on the property was exactly what he hoped he’d find and he began to literally clear the way for the new vineyard. With their vineyard managers, Barbour Vineyards, the Seavers planted 2.5 acres of Cabernet grapes in 2000 and added another acre of Cabernet grapes in 2008.

From the beginning Tom took a hands-on approach to his vineyard and just as much then as now, he can be found working the land or tending to his vines, always with his 3 faithful Labradors close behind. Jim Barbour, Seaver Vineyards’ vineyard manager, often jokes that since Tom does just as much work as the Barbour Vineyards guys maybe he should put Tom on the payroll! Fascinated by the characteristics in his fruit that come not only from their location on Diamond Mountain but from the changes each year and each growing season, Tom finds immense satisfaction in being lucky enough to tend to his vines daily.

Nancy Seaver is the other half of the Seaver Vineyards partnership and after 45 years of marriage is confident in saying she’s the brains behind the operation! Often wearing all the administrative hats Seaver Vineyards has called for, Nancy built the sales and marketing of Seaver Vineyards from the ground up. Also an accomplished gardener in her own right, raising grapes is a natural fit for her and Nancy can often be found in her beautiful terraced gardens or in the vineyard with clippers in hand.

With each year Tom and Nancy learn more about grape-growing, cultivation, and what goes into making an outstanding Diamond Mountain Cab. It is a true labor of love and bringing with them the work ethic from Tom’s previous career in baseball, they work as hard as they can to create the best wine possible.

While walking and talking and tending to the vineyards, Tom made the comment that pitching is like playing bridge. To be a really successful pitcher you have to get inside the mind of the batter. Is he having a good day? Will he wait for a fat pitch or just aggressively strike at anything served to him? What are his goals? How consistent a player is he? Your goal as a pitcher is to control the outcome. Tom said that it was his job to control where the ball was going to go should the batter connect with the ball and make a hit.  I know next to nothing about baseball but Tom’s complex and astute thesis was logical and so well articulated. It made all the sense in the world. I would never have seen parallels between the game of bridge and the art of throwing a baseball at high speed. Tom knows that I’m not a crazed baseball fanatic but I have always had huge admiration and respect for his many incredible accomplishments. Back in the day I was around for a lot of his career highlights–like when he got his 300th win in 1985.

I spent the afternoon with Tom learning how Seaver Vineyards harvests, produces and markets the wine. Tom and Nancy have really created a unique business and the setting is paradise! The grapes get perfect sun all day. Solar panels give 100% of the power consumed at Seaver Vineyards. The overall architecture of the house and the design of the surrounding vineyards is unparalleled.

Sadly, around 3pm I had to head back to San Francisco. Seaver Vineyards is a hard place to leave. I fired up the old R100R and rode the beautiful twisty roads through Santa Rosa and back down over the foggy Golden Gate Bridge. Nothing could be finer than a day spent at Seaver Vineyards. If I was not riding a motorcycle home I would have indulged in some serious wine tasting and dinner! There is really nothing better (or more important) than spending a day with old friends. Thank you Tom and Nancy! 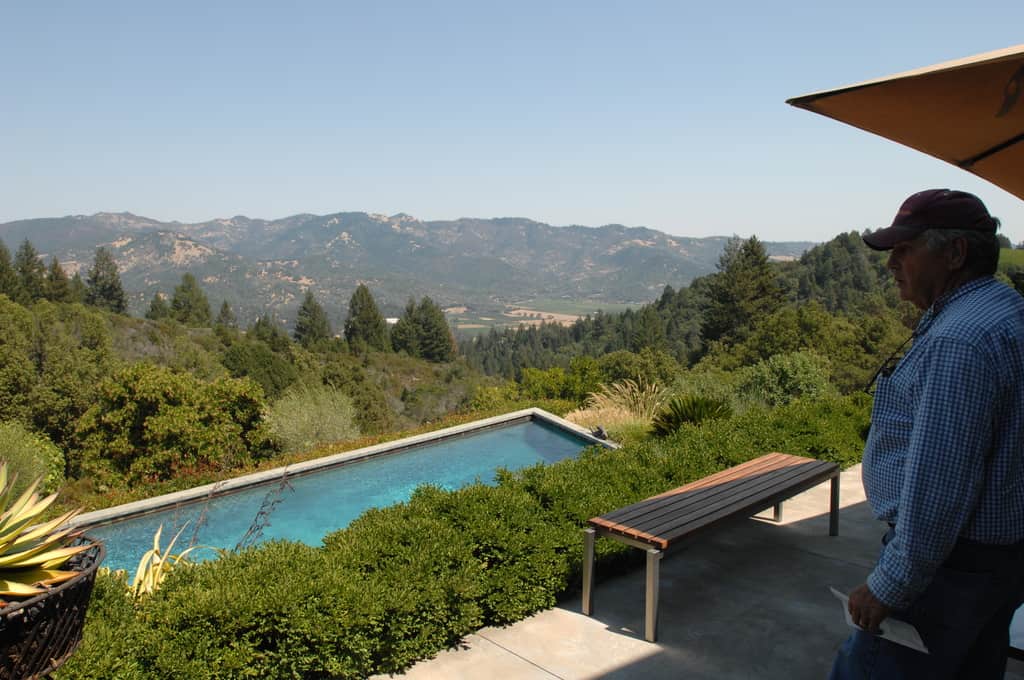 The view of Calistoga Valley from Tom and Nancy’s house 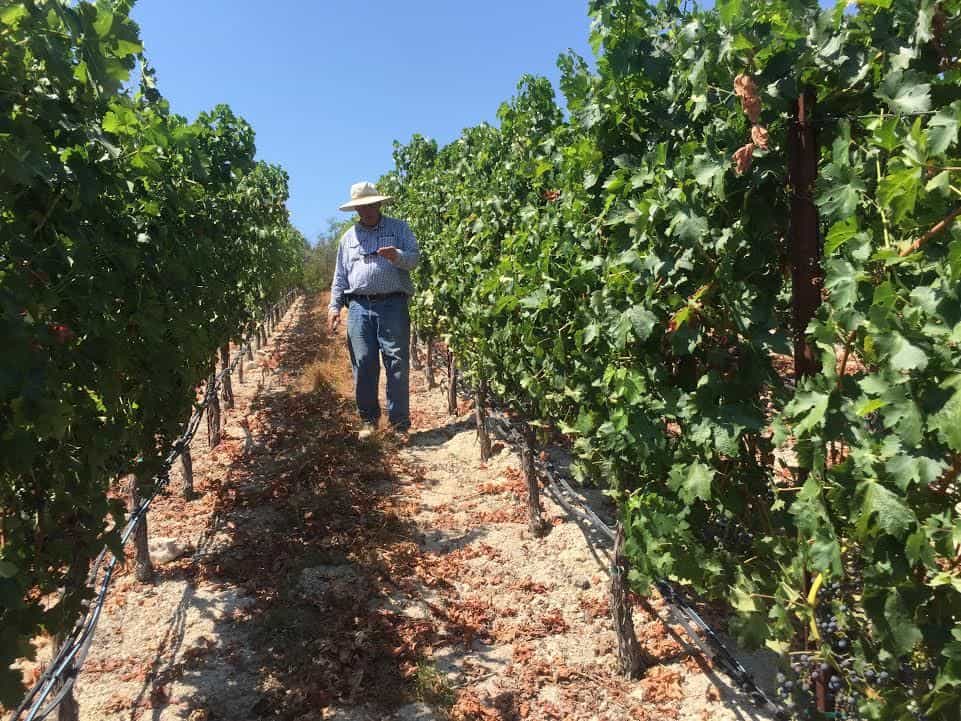 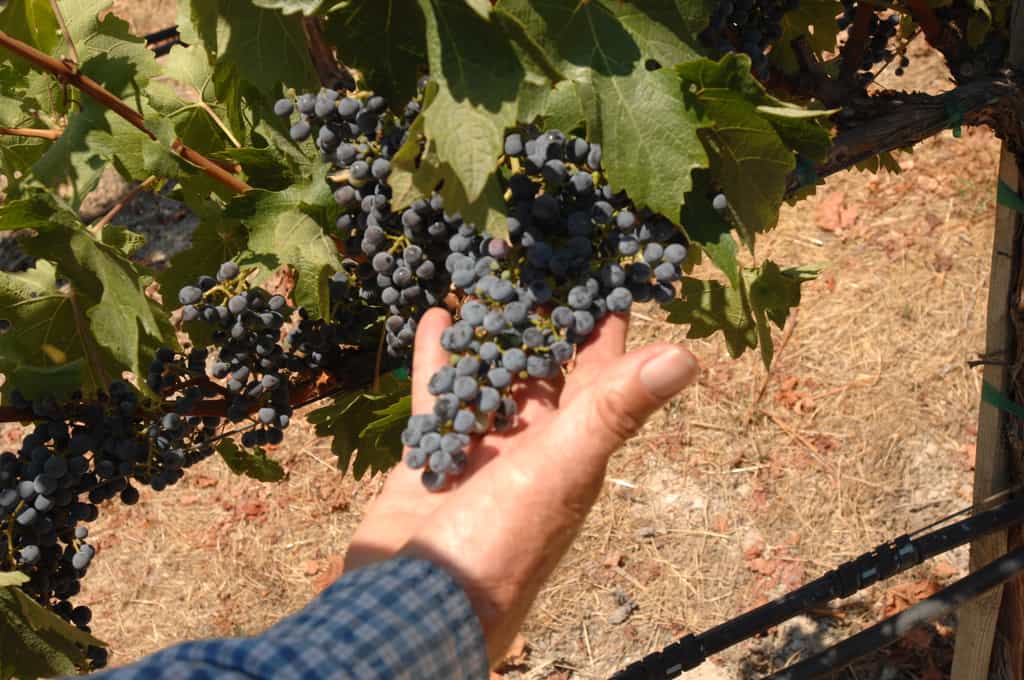 Tom holds some grapes that are almost ready for harvest 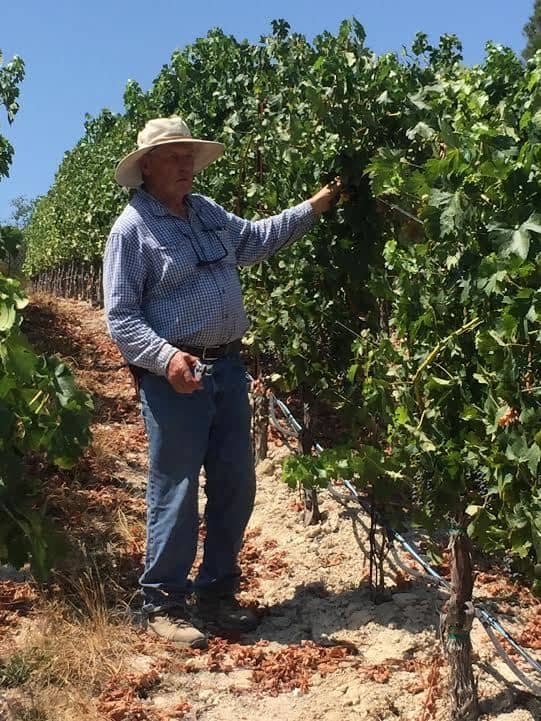 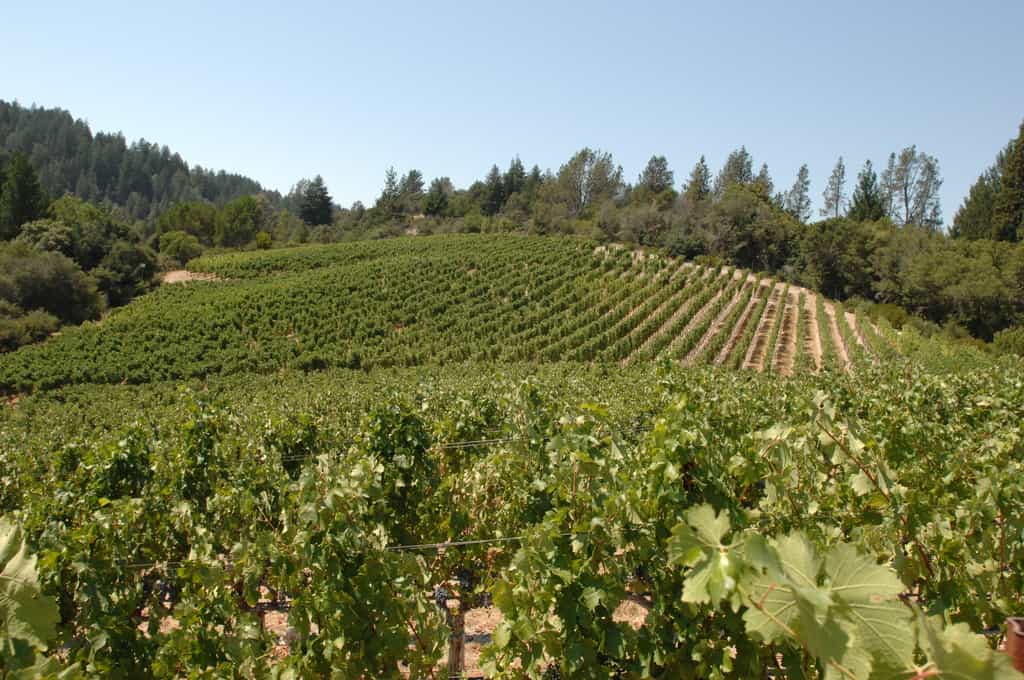 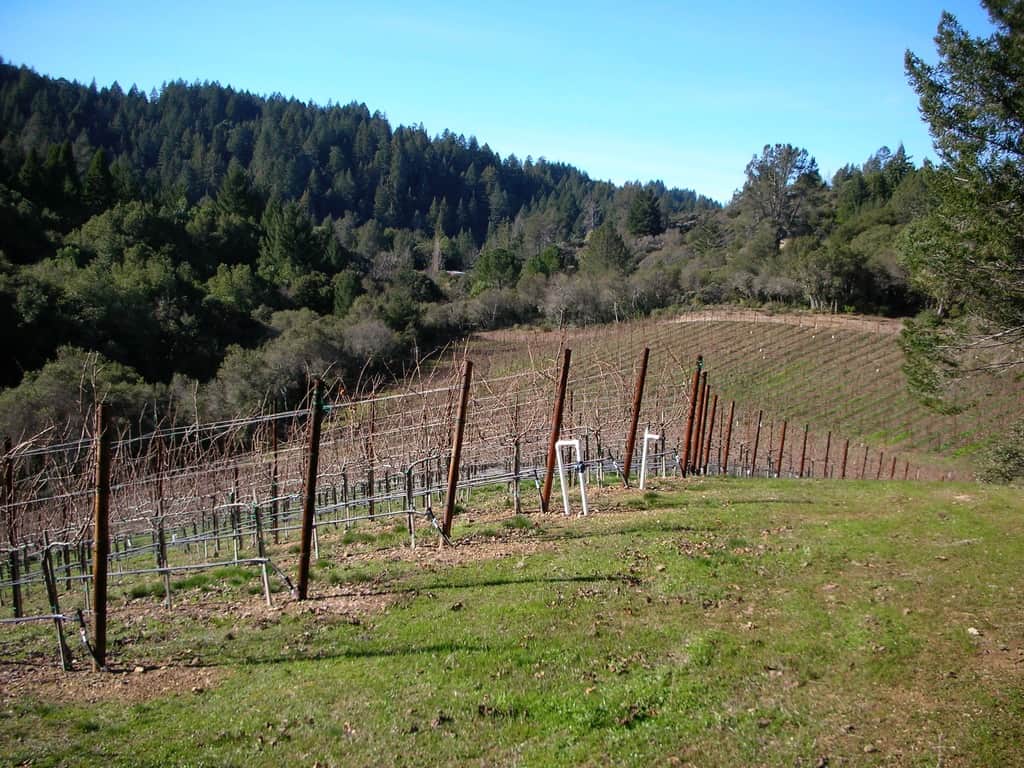 Seaver Vineyards on my first visit in the winter of 2006 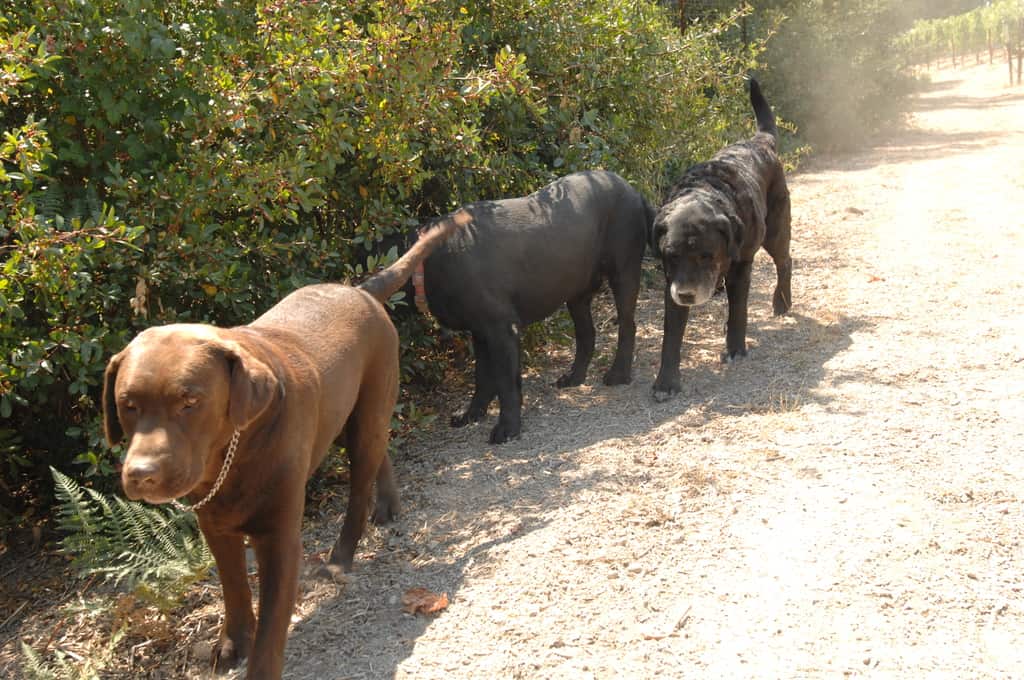 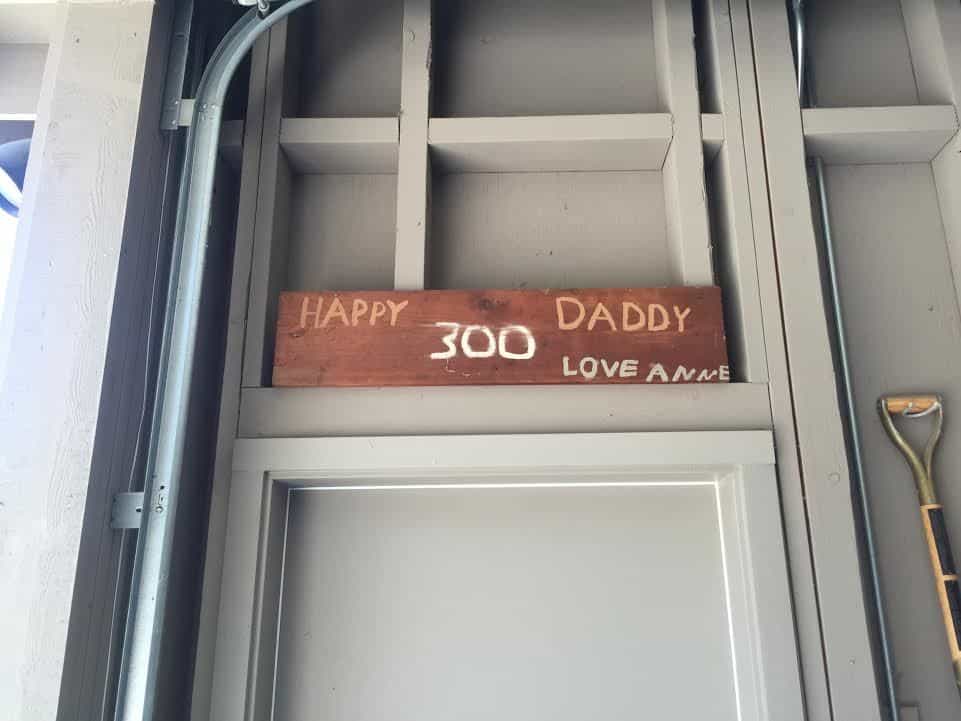 The entry to Tom’s office, painted by daughter Annie on the day of his 300th win. 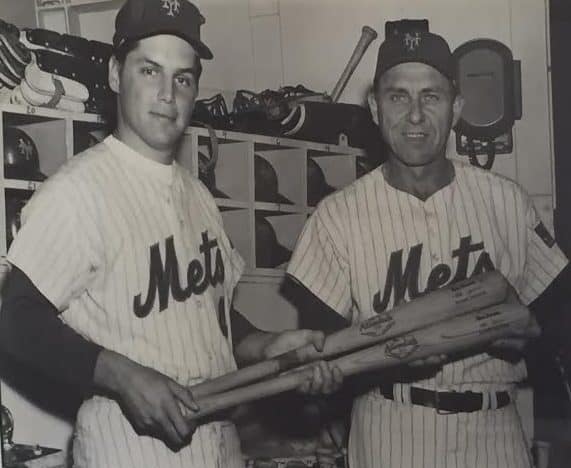 Photo of Tom in his younger days 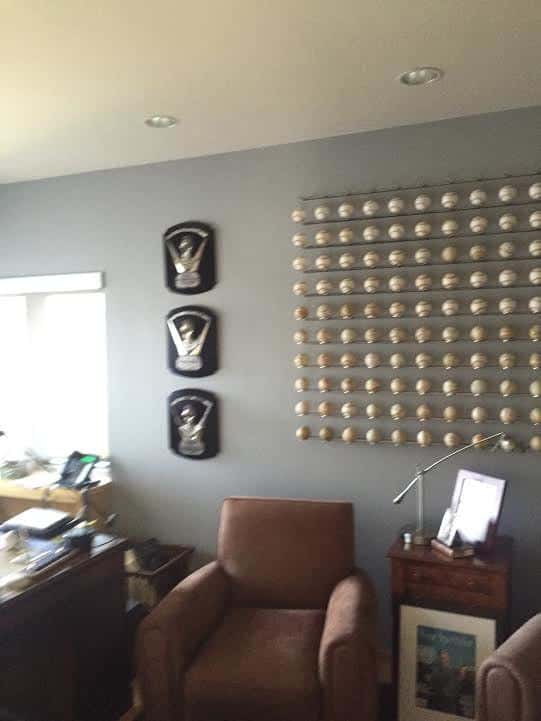 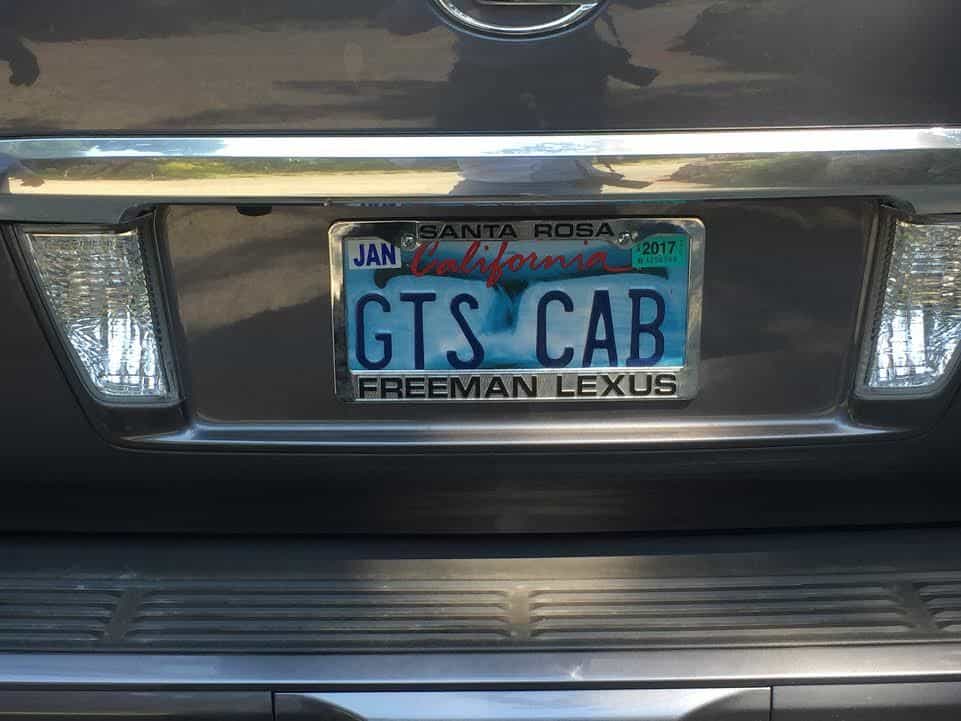 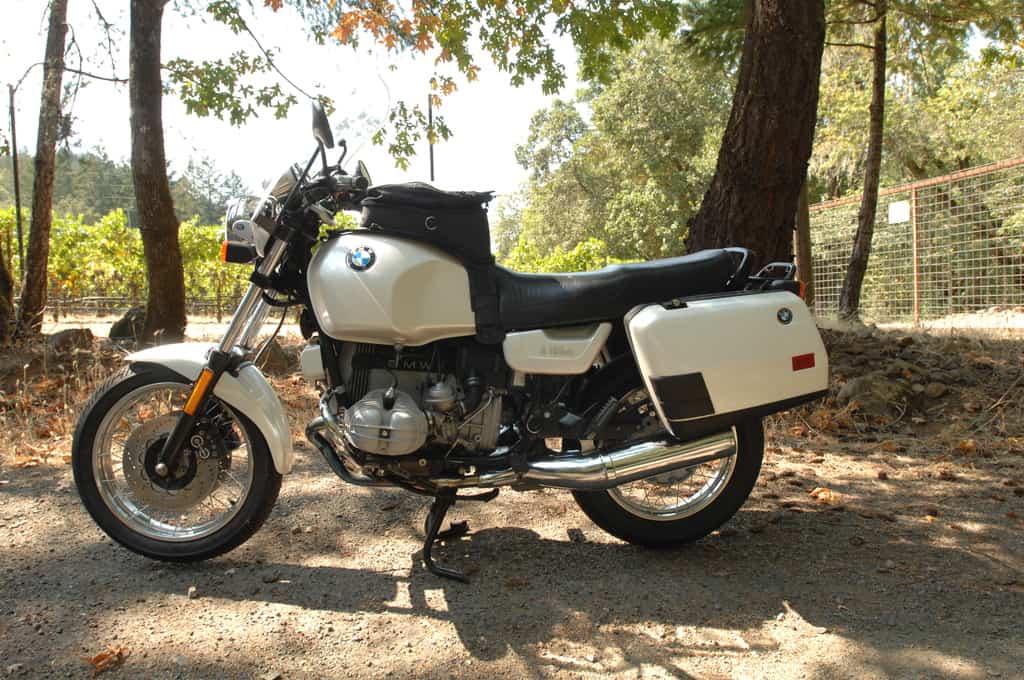 My old reliable R100R that lives in San Francisco. I rode it out west in 2004 and it has lived in San Francisco ever since. Photo taken on Diamond Mountain Road in Calistoga. 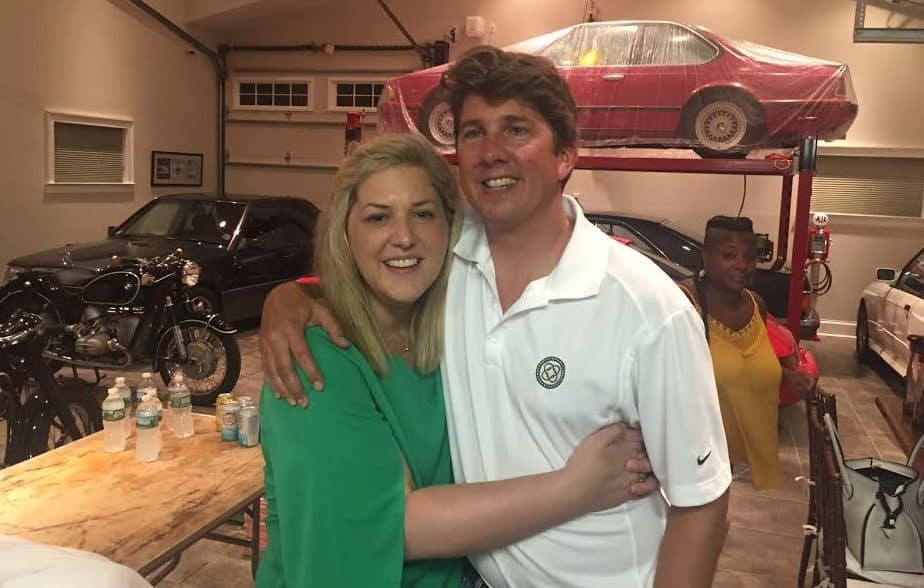 Sarah and Philip at the Turtle Garage July 2016 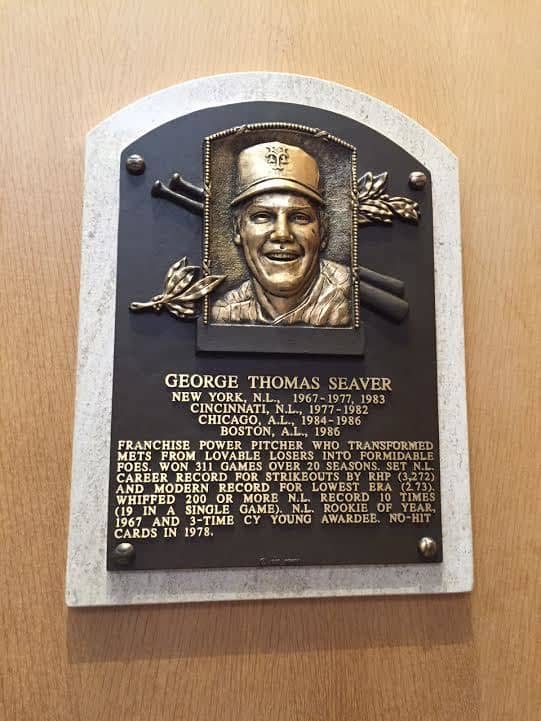 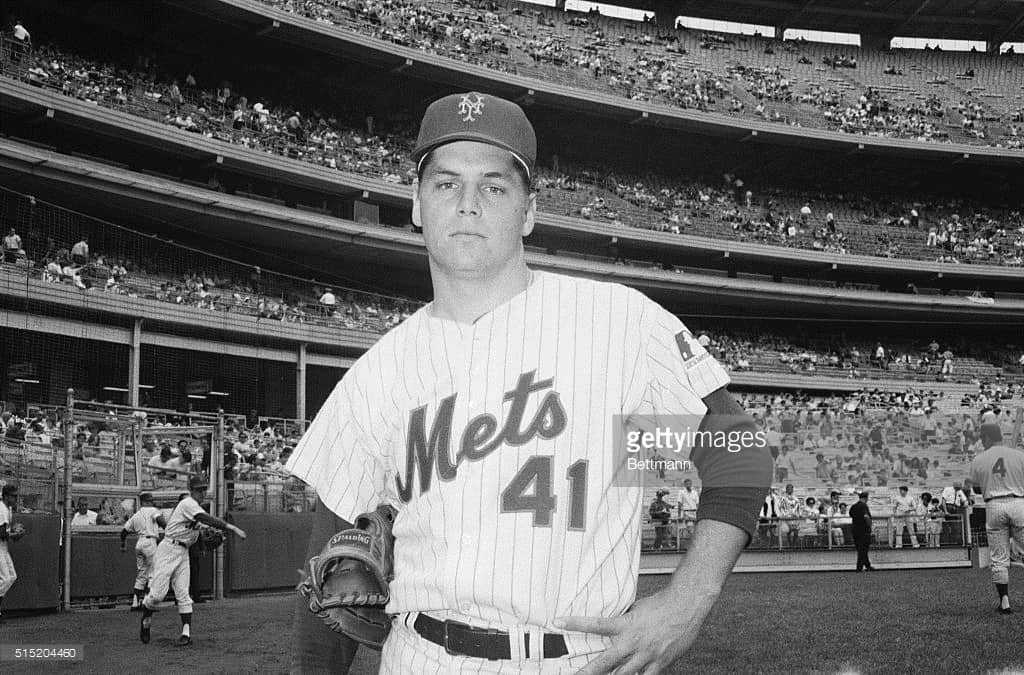 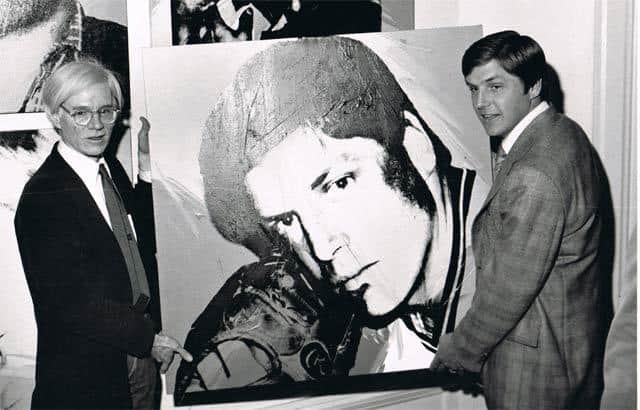 Philip Richter is President and co-founder of New-York-City-based Hollow Brook Wealth Management, LLC. The Turtle Garage Blog, he says, is dedicated to his "love of excessive personal transportation."
View all posts by Philip Richter →
The Economist: Uberworld
Goodwood Revival: “Ludicrous Speed” on a Vintage BMW R5

3 Responses to A Day With Tom Seaver