By Philip Richter on November 11, 2015 in Cars, Collections 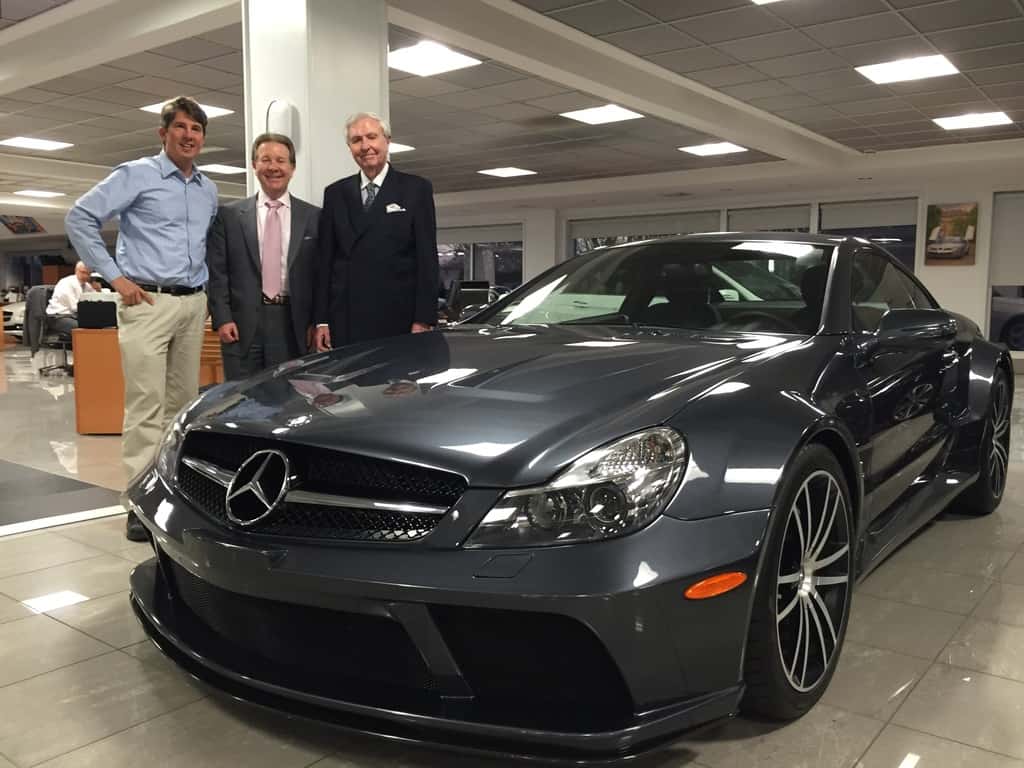 At Contemporary with owners Scott Coleman and Allan Sokol. The SL 65 is stunning!

Here are the facts: 6.0 liter V12 biturbo engine. 670 horsepower. Zero to 60 in 3.7 seconds. Retractable wing. Carbon fiber bodywork. Nappa leather, Alcantara and carbon interior. Manufactured in Affalterbach by AMG. Only 350 were made. Only 175 were sent to the U.S.A. $304,000 MSRP in 2009. When new, dealers fought for a single allocation from Mercedes-Benz. Over the last two years I’ve been searching for the perfect SL Black Series. Last month I finally found it in Silicon Valley. In hunting for cars it sure pays to be patient! Like investing, I prefer to wait for the fat pitch.

Sadly, the original owner of this car passed away. His brother was the executor of the estate and was charged with the task of liquidating about five special cars. The SL 65 AMG Black Series was the crown jewel of his late brother’s collection. He also had a Tesla for sale and I was tempted to buy that too! The SL was only driven 1800 careful miles. Records and the CarFax indicate it was serviced five times at the same Silicon Valley dealer where it was purchased. The leather trunk box with the factory cover has never been opened. The car was never left outside. No paintwork, abuse, or track driving. No stories. Its a new car in perfect condition.

About a month ago, I negotiated a great deal and decisively bought the car. Passport Transport shipped it out east to my good friend Scott Coleman.  Scott owns Contemporary Motor Cars in Little Silver New Jersey. Scott’s Mercedes-Benz dealership prides itself on the highest levels of service. Contemporary has been in business for over forty years and enjoys a very loyal following. Scott enthusiastically called me today with Christmas morning-like excitement: “Philip the eagle has landed!!! It’s gorgeous!!! I had my AMG expert go through the car and its NEW. It is NEW!!!! IT’S PERFECT!!! I hope you don’t mind, but we rolled it right into our main showroom, we just couldn’t resist!!!”

My new SL 65 AMG Black Series is going to spend a few days on display in the main showroom at Contemporary and then Scotts mechanics are going to give it a once over. It should not need much work given the 1800 miles on the clock!  The seller kindly took it to the dealer for a $500 service just before it was put on the truck to head east. Scott will have the SL flat bedded to the Turtle sometime next week. Special thanks to my wife Sarah for encouraging me to make the plunge! This rare and special car is a great addition to the Turtle. It feels a lot like Christmas! 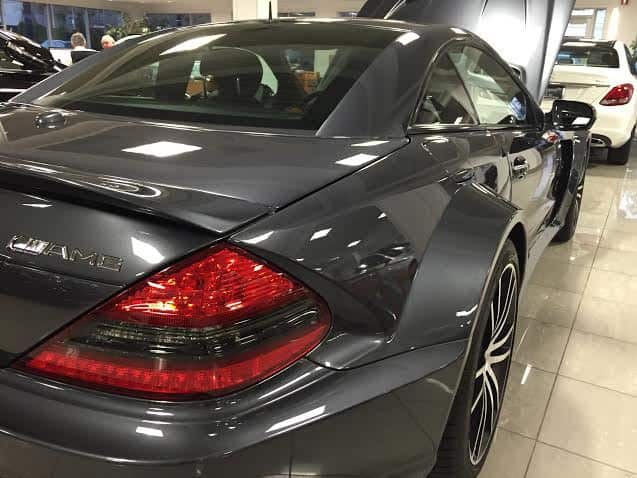 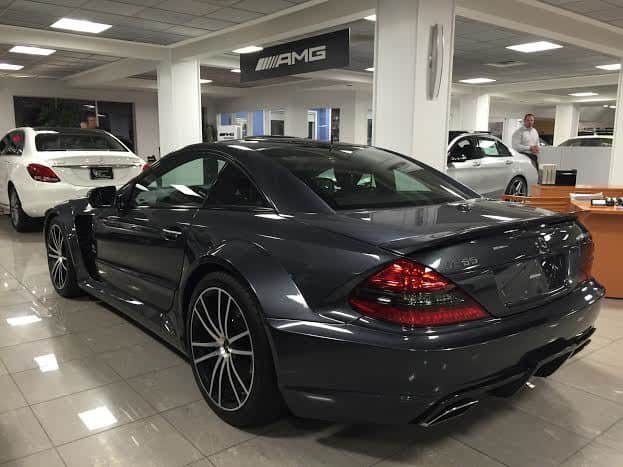 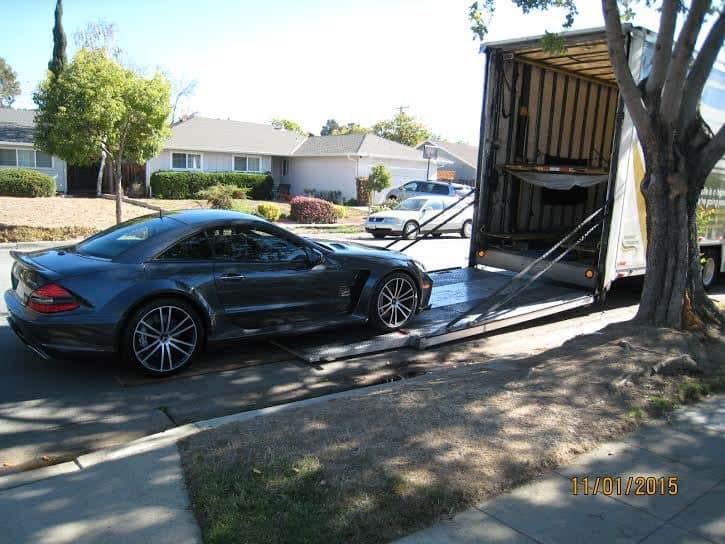 The SL being loaded onto a Passport truck in Silicon Valley 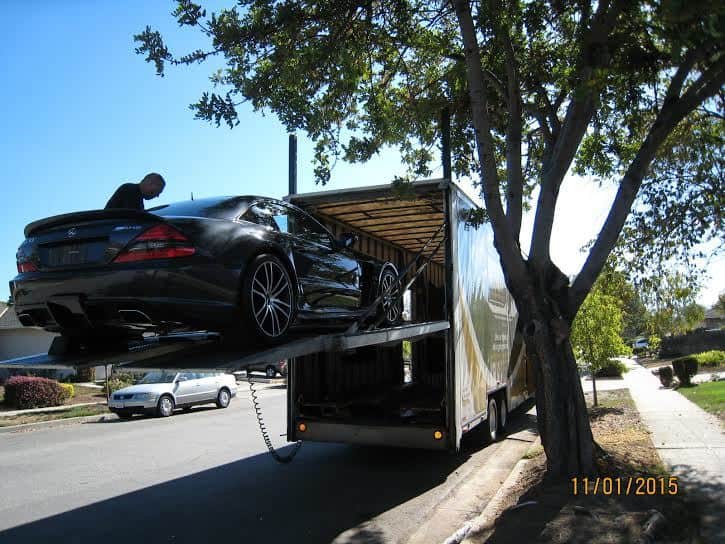 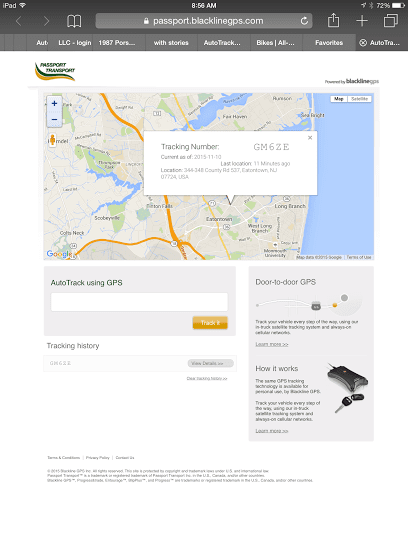 Passport Transport has GPS tracking so you can see exactly where your car is along the route. 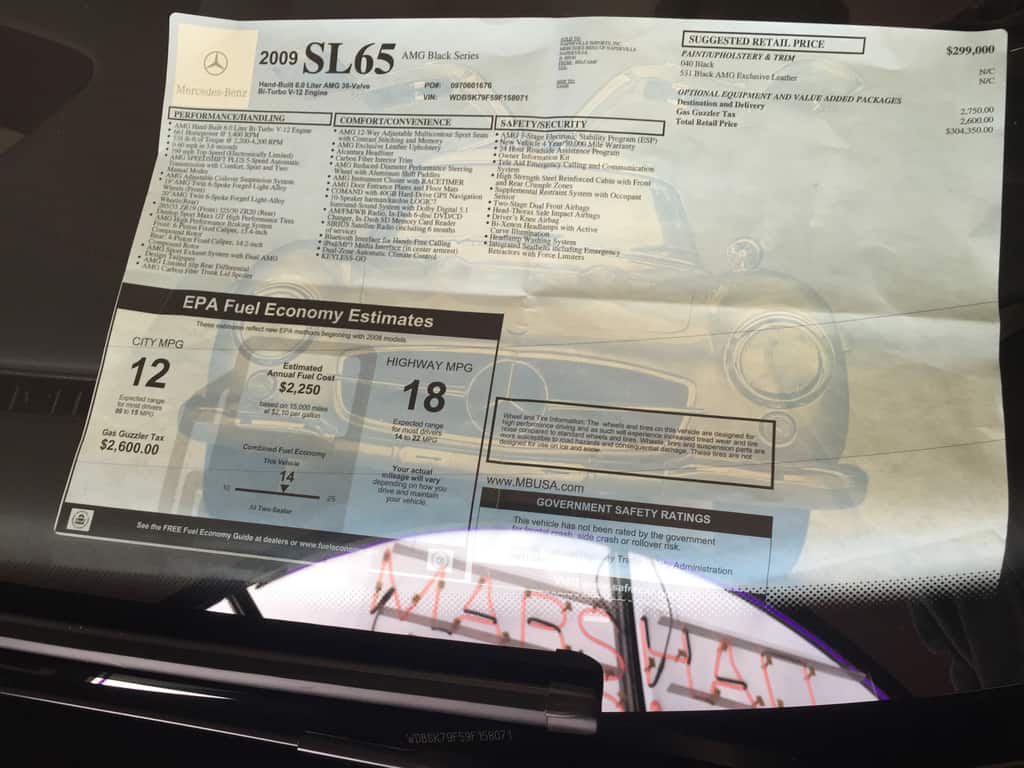 A SL 65 Black Series window sticker…yikes! Six years of great care and a lot of depreciation fall in my favor! 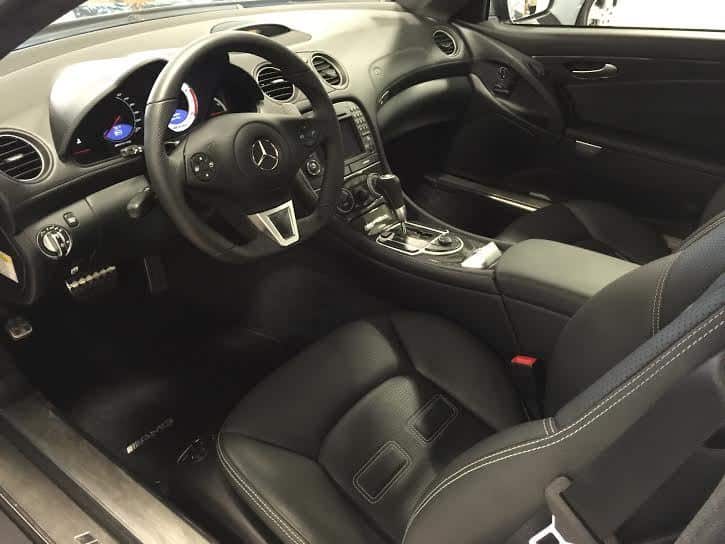 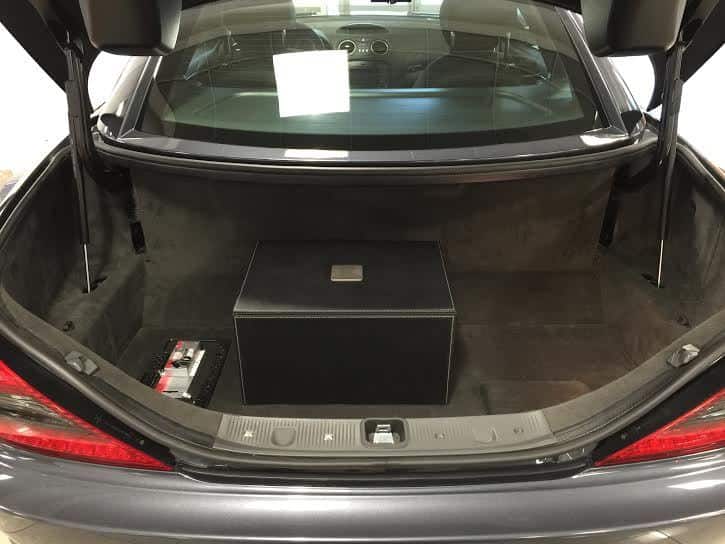 The leather box holds the factory AMG cover which has never been used. 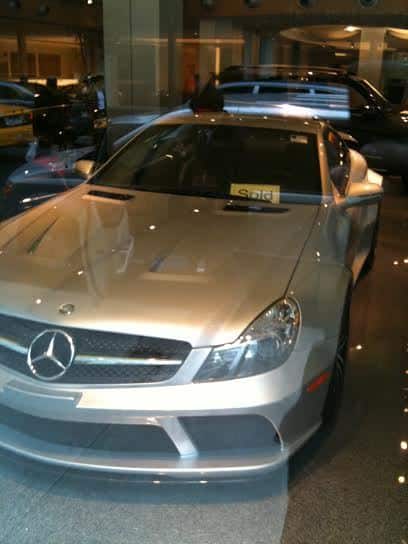 This is the actual photograph of the first SL 65 AMG Black Series I ever saw. It was taken through the window at the Park Avenue Mercedes-Benz Showroom on October 10, 2010. It had a big SOLD sign on it. I stood there on the corner of Park and 55th in a puddle of my own drool. After that day I dreamed of owning one.