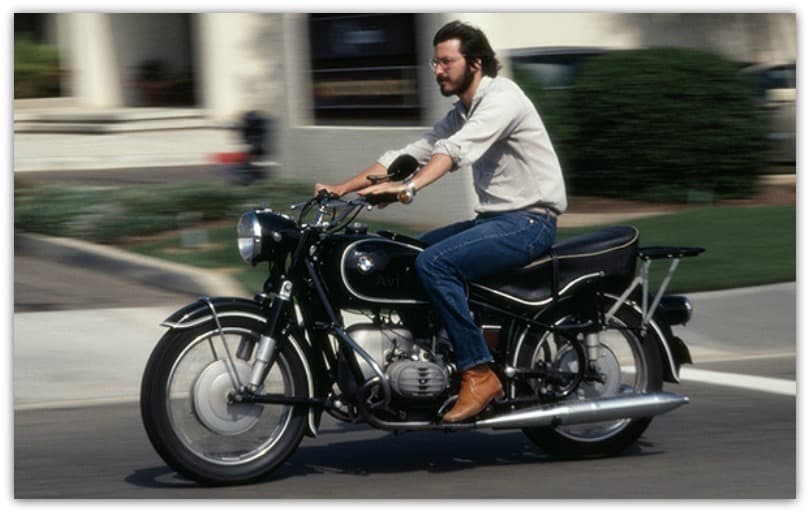 Shortly after his death, I read Walter Isaacson’s revealing biography of Apple founder Steve Jobs. It’s a great read, primarily because much of the book was carefully researched and written while Jobs was still alive. Over a two-year period the author conducted over forty interviews with Jobs. He also interviewed family, friends, and business associates.

Jobs was adopted. His personal life was filled with a deep sense of abandonment. In his youth he experimented with LSD. Jobs is portrayed as a fanatical (at times maniacal) hard charging control freak. He was short on patience and expected excellence from everyone in his orbit. He was needy yet independent. He was selfish and demanding. He was willful and uncompromising.  And then there’s this: he was into meditation, Zen Buddhism, and was a vegetarian. Despite these peaceful philosophies, he often lacked compassion and empathy for his employees and family. Yet, Jobs was a genius who changed the world for the better. HIs name will go down in history with DaVinci, Edison, and Ford.

Jobs lived in what his associates called a “Reality Distortion Field.”—i.e., his own version of reality. This Field enabled him to create things we didn’t know we needed. Tools like the Apple II, the Mac, the iPhone and iPad were byproducts of his different view of reality. This mindset enabled Jobs to “inspire his team to change the course of computer history with a fraction of the resources of Xerox or IBM.” Jobs liked to say, “It’s kind of fun to do the impossible.” Isaacson writes, “He didn’t invent many things outright, but he was a master at putting together ideas, art, and technology in ways that invented the future.”

Jobs’s had a passion for German/European engineering: “He had a great love for some material objects, especially those that were finely designed and crated, such as Porsche and Mercedes cars. Henckles knives and Braun appliances, BMW motorcycles and Ansel Adams prints, Bösendorfer pianos and Bang & Olufsen audio equipment.” In Apple’s lobby in Cupertino Jobs kept a BMW motorcycle on display because he felt it would “inspire an obsession with lapidary craftsmanship” among the employees at Apple.

IMHO, Jobs had pretty phenomenal taste in motorcycles and cars. He rode a 1966 BMW R60/2 and drove a 2005 Mercedes-Benz SL 55 AMG. His SL 55 famously had no license plates and he often parked in handicapped spaces (sometimes obnoxiously straddling two spots). When asked why he didn’t keep a license plate on his car like the rest of us, he simply said “its’s just because I don’t.” Jobs’s parking habits quickly became known all over Apple’s office campus. Employees covered the handicapped signs at Apple’s headquarters and affixed a “Park Different” wrap over them. In one spot someone painted over the handicapped wheelchair symbol and replaced it with a giant Mercedes three pointed star.

I say, take a page from Steve Jobs’s life: take a ride on a vintage R60/2 and drive the wheels off an SL 55. Better yet, if you have the means, put both of these classics in your garage! 60’s BMW’s are a relative bargain and the supercharged 500 horsepower SL 55 has hit the bottom of its depreciation curve. Both of these vehicles represent iconic triumphs of German design and engineering—from very different eras. For not a lot of money (in car collector terms) you could start a pretty serious garage. Coincidentally, I owned these two vehicles long before I knew of their history with Steve Jobs. Pick up the Isaacson biography of Steve Jobs, its well worth the time. Check out Job’s commencement address to the Stanford University class of 2005. In Jobs’s words, “Stay Hungry. Stay Foolish.” 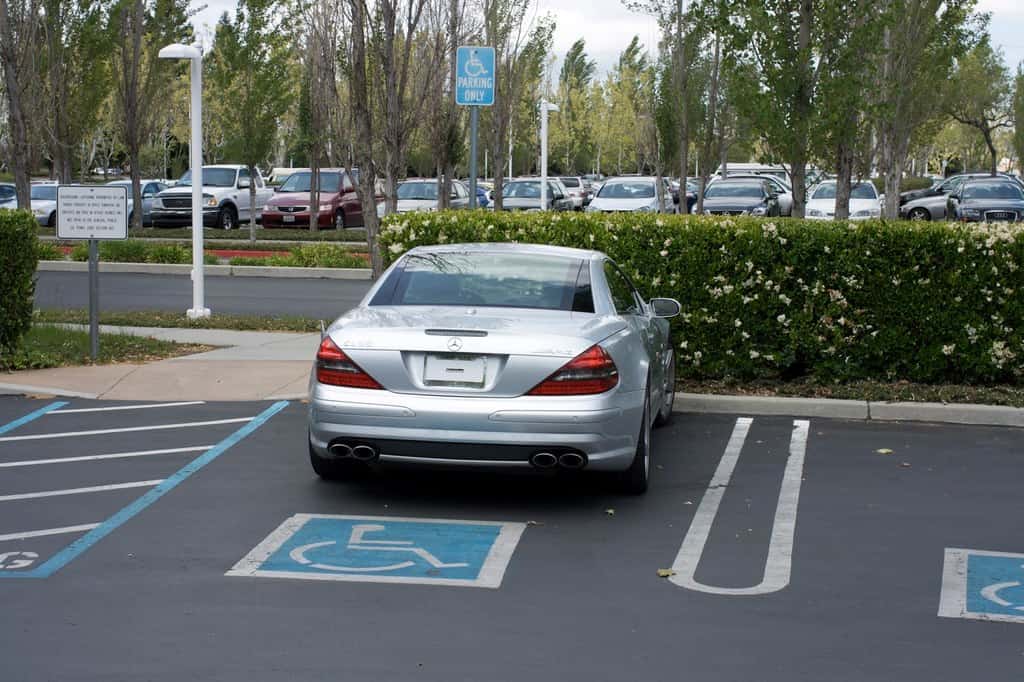 Steve Jobs’s Mercedes SL 55 AMG. The car is a rabid wolf dressed as a sheep. He famously did not have a license plate and often parked in handicapped spaces. 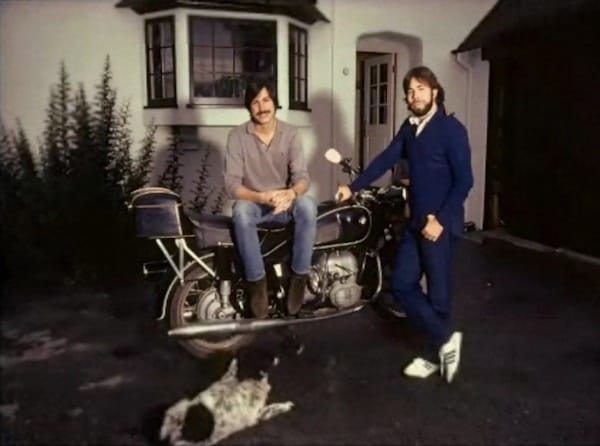 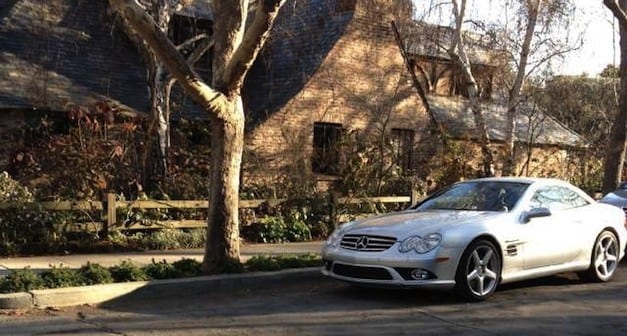 Steve’s SL 55 in front of his humble home in Palo Alto.

Philip Richter is President and co-founder of New-York-City-based Hollow Brook Wealth Management, LLC. The Turtle Garage Blog, he says, is dedicated to his "love of excessive personal transportation."
View all posts by Philip Richter →
The Eagle Has Landed!
RUSH *****

One Response to Steve Jobs’s Garage