The Mercedes-Benz R129 is fast becoming a desirable modern classic. The fourth-generation SL is perhaps Bruno Sacco’s finest creation. The car is a design trifecta—its modern, classic, and timeless. Today, the R129 remains one of my favorite Mercedes models of all time. The V12 SL 600 was the most powerful factory iteration of the R129 offered during its twelve-year production run. Turtle Garage is proud to be the custodian of one of the finest V12 examples in existence. When U.K.-based Mercedes Enthusiast Magazine reached out last year and inquired about doing a story on the Turtle Garage 2001 SL 600, I eagerly accepted.

In August of 2016, automotive journalist Reed Hitchcock and photographer Kaveh Sardari arrived and began the process that only just recently finished. The article below has been fourteen months in the making. Last August, we spent a great afternoon driving and photographing the sub-200 mile SL time capsule. Reed asked many insightful questions as he sketched out the skeleton outline of a story. Dean Laumbach was in attendance and together the four of us bonded over our common passion for German modern classics. In that one special afternoon, we all became fast friends. The November issue of Mercedes Enthusiast just hit the newsstands and the entire story is reprinted below: 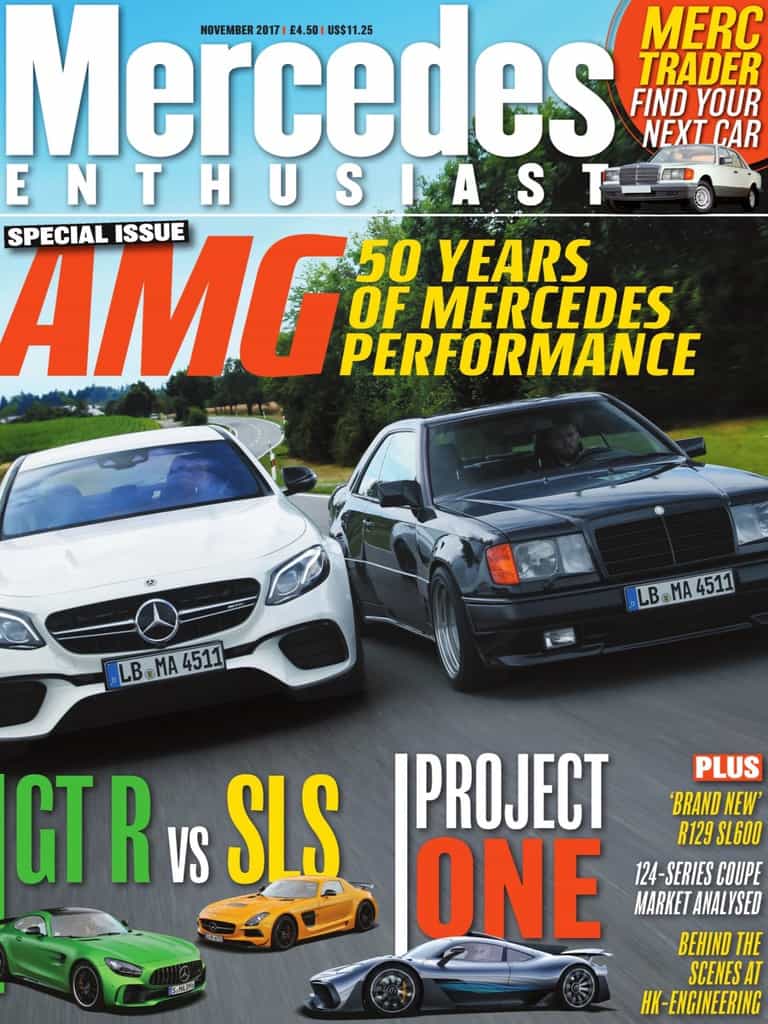 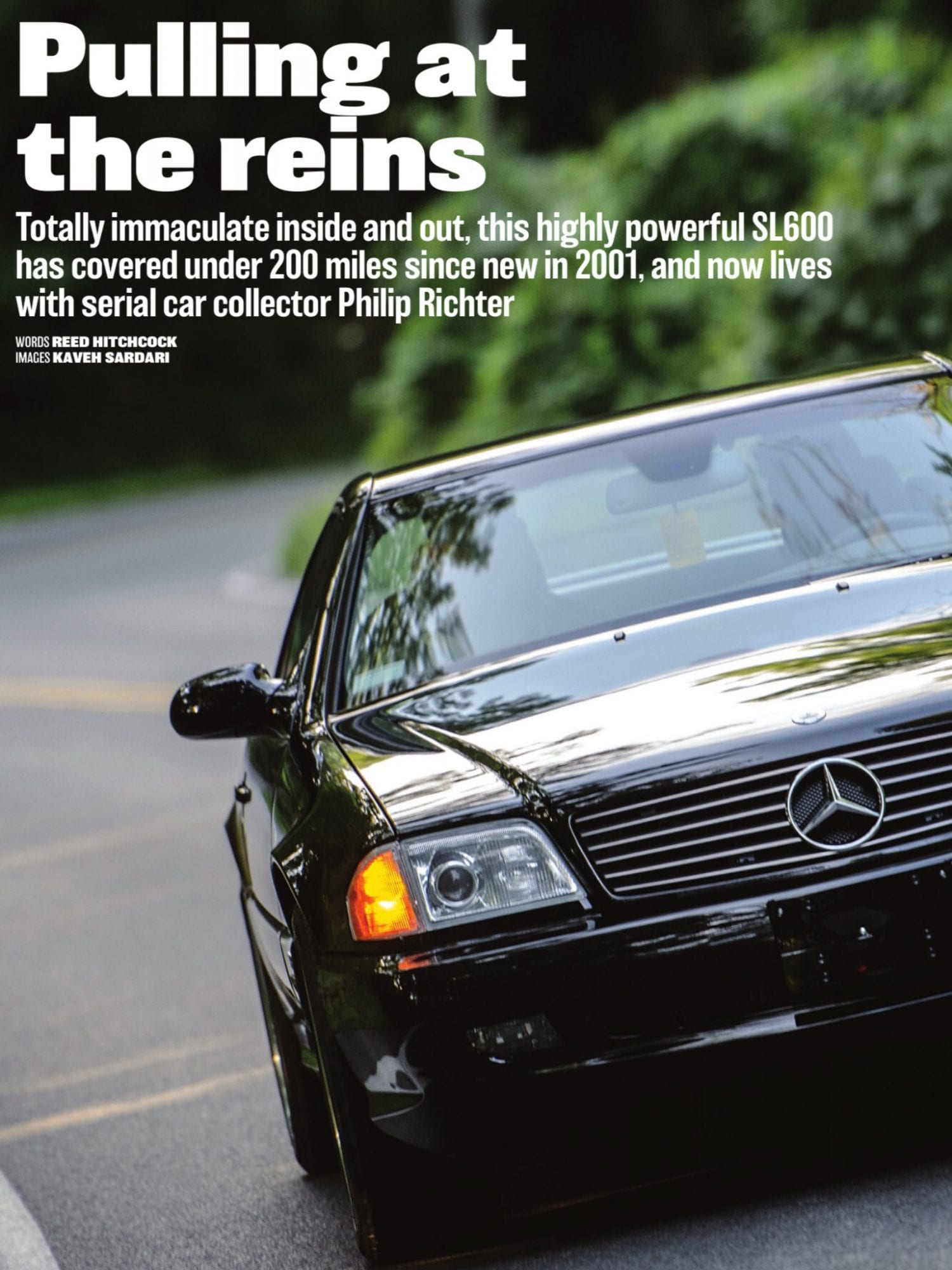 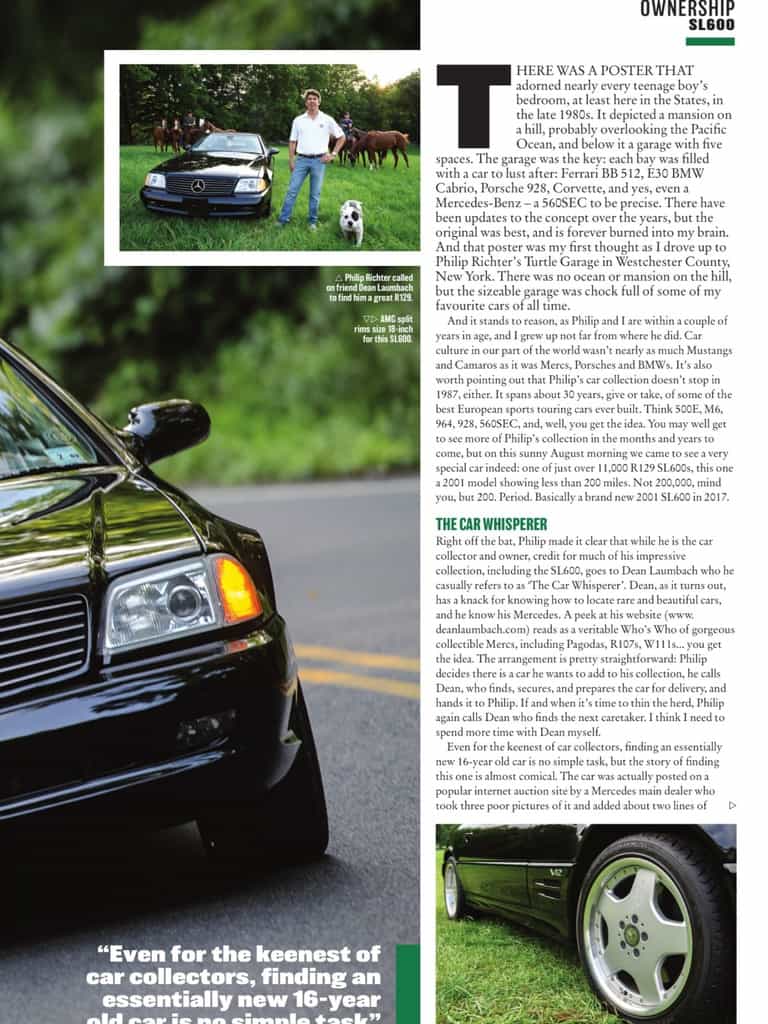 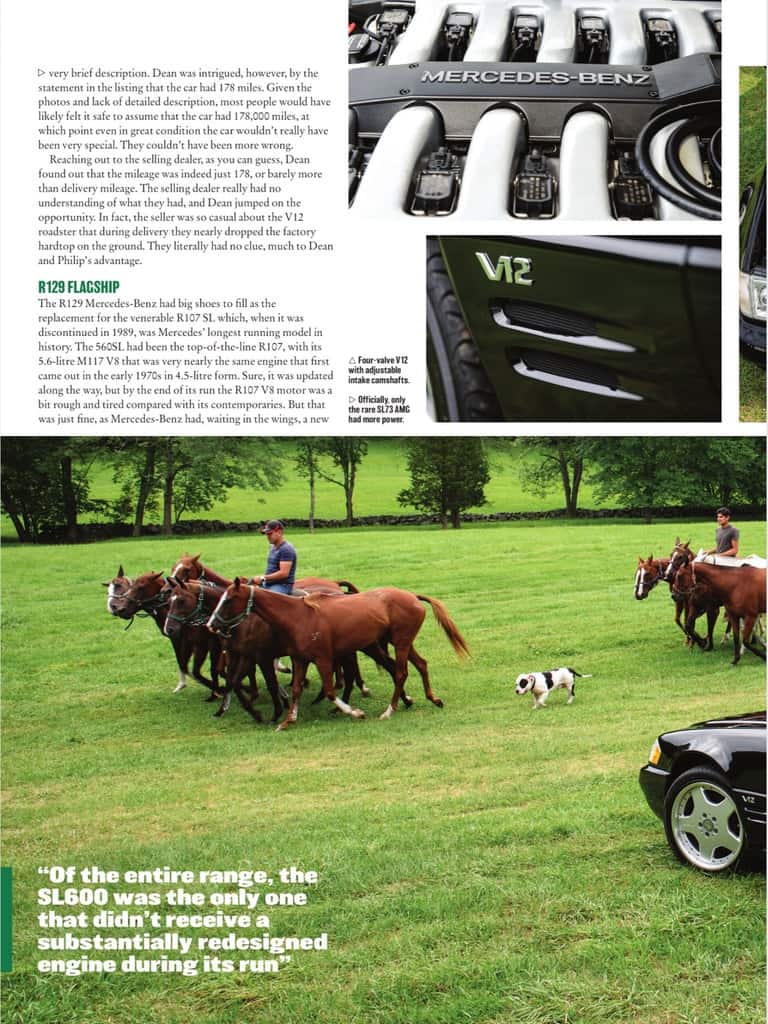 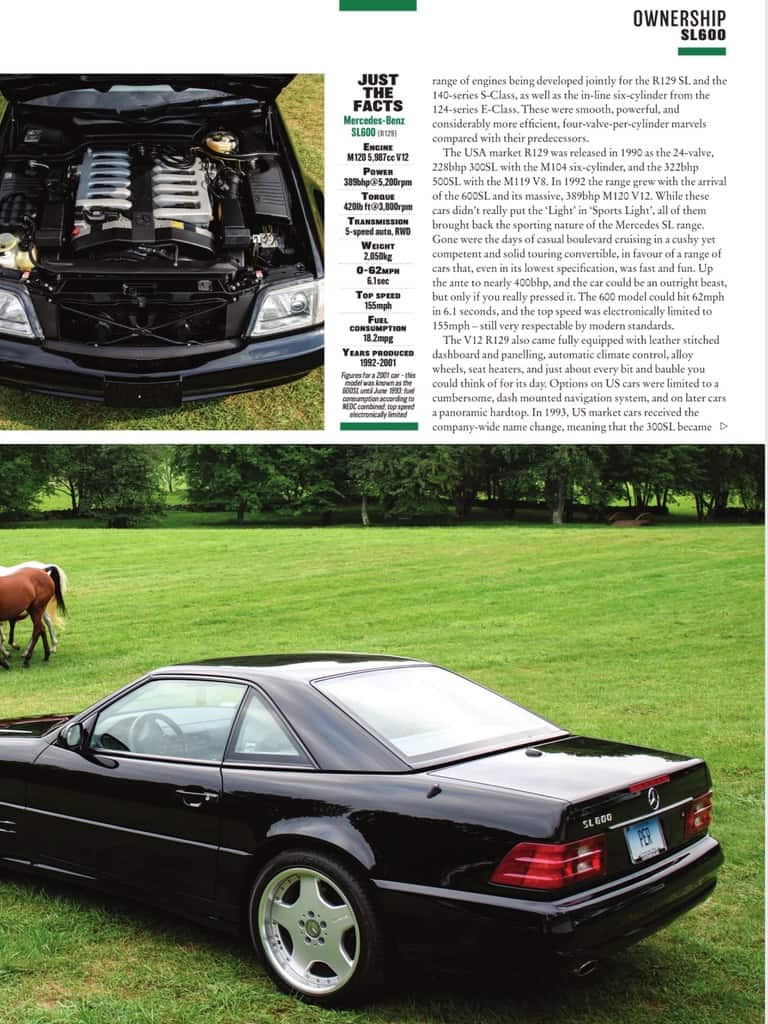 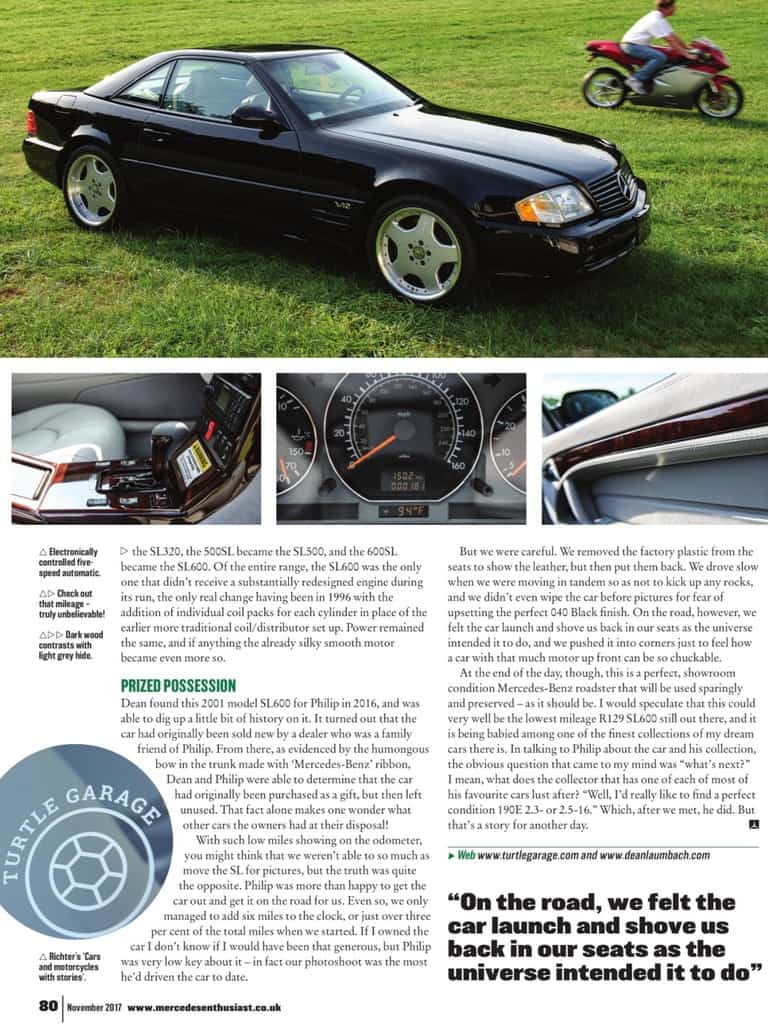