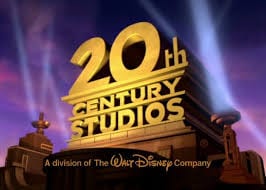 We hope that you and your family are safe and healthy. These are unprecedented and scary times. Given that most of us are hunkered down in our homes, we are posting a list (and summary) of some of the all-time great car-related films. It is hard to put pen to paper here and talk about events in the car world given that 1. It is all trivial compared with the gravity of what the world is facing, and 2. There is not much to report, given the world as a whole has stalled out (car factories around the globe remain closed as of this writing). Truthfully, it is hard to find anything worthy to write about that is appropriate in times like these.

We thought a curated movie list would be a welcome and helpful respite from this pandemic we are all facing. We all find ourselves with nothing but time on our hands and anxiety in our hearts. We hope that your family stays safe and that this pandemic (with and all the physical, social, and economic pain it has wrought) comes to an end soon. If we have not said it enough, Turtle Garage is grateful to our subscribers, sponsors, stakeholders, and supporters.

Some of our film picks are high profile big money films that many have already seen. Movies like Ford v Ferrari, Senna, Cannonball Run, Christine, and Smokey and the Bandit are all well worth another viewing. Other selections are films that are a bit more esoteric. You might not know titles like Good Bye Pork Pie and Chasing Perfect, the biography of legendary car designer Frank Stephenson. Please feel free to post other movie ideas or reviews on this page below so that your thoughts and viewpoints can enlighten Turtle Garage readers.

Here is our list in no particular order. Please feel free to add to or critque the list on the discussion bulletin below.

The Blues Brothers: After his release from prison, Jake (John Belushi) reunites with his brother, Elwood (Dan Ackroyd)—collectively known as the “Blues Brothers.” Jake’s first task is to save the orphanage the brothers grew up in from closing, by raising $5,000 to pay back taxes. The two are convinced they can earn the money by getting their old band back together. However, after playing several gigs and making a few enemies, including the police, the brothers face daunting odds to deliver the money on time.

Bullitt: Senator Walter Chalmers (Robert Vaughn) is aiming to take down mob boss Pete Ross (Vic Tayback) with the help of testimony from the criminal’s hothead brother Johnny (Pat Renella), who is in protective custody in San Francisco under the watch of police lieutenant Frank Bullitt (Steve McQueen). When a pair of mob hitmen enter the scene, Bullitt follows their trail through a maze of complications and double-crosses. This thriller includes one of the most famous car chases ever filmed.
Release date: October 17, 1968. Directed by Peter Yates.

Cannonball Run: Contestants in a cross-country car race from Connecticut to California include a speed-loving racing driver disguised as an ambulance driver and his dimwitted sidekick, a pair of Ferrari-driving priests, and a James Bond-type character kitted out with secret weapons. Jackie Chan appears in one of his first US film roles.

Smokey and the Bandit: Big Enos (Pat McCormick) wants to drink Coors at a truck show, but in 1977 it was illegal to sell Coors east of the Mississippi River without a permit. Truck driver Bo “Bandit” Darville (Burt Reynolds) agrees to pick up the beer in Texas and drive it to Georgia within 28 hours. When Bo picks up hitchhiker Carrie (Sally Field), he attracts the attention of Sheriff Buford T. Justice (Jackie Gleason). Angry that Carrie will not marry his son, Justice embarks on a high-speed chase after Bandit.

The Car: Two bicyclists are run down by a strange black car in the desert near a small town in Utah. But this is just the first in a series of hit-and-run murders. Sheriff Wade Parents (James Brolin) is called in to investigate, and his deputy, Everett (John Marley), is killed by the black sedan, which, some witnesses say, has no one behind its wheel. When the car threatens a local school parade, the lives of the town’s children and Wade’s teacher girlfriend, Lauren (Kathleen Lloyd), are endangered.

Uppity: The Willy T. Ribbs Story details the career of the first African-American racing driver to win a Trans Am race, test a Formula One car, and compete in the Indy 500. The title plays off how he was referred to by other racers and their mechanics when he was trying to make his way in the U.S. in the 1970s

Rush: In the mid-1970s, charismatic English playboy James Hunt (Chris Hemsworth) and Austrian perfectionist Niki Lauda (Daniel Brühl) share an intense rivalry in Formula 1 racing. Driving vehicles that are little more than gas-filled, rolling bombs, Hunt and Lauda burn up the track, all the while pushing themselves to the breaking point of physical and mental endurance. Meanwhile, the women (Olivia Wilde, Alexandra Maria Lara) in their lives can only watch as both drivers risk death with every lap.

Senna: Ayrton Senna becomes a three-time Formula One racing champion and Brazil’s national hero before his untimely death at age 34.

The Love Bug: Race car driver Jim Douglas (Dean Jones) and his philosophical mechanic, Tennessee Steinmetz (Buddy Hackett), find themselves in possession of a white Volkswagen Beetle that seems to have a mind and spirit of its own. Calling the car Herbie, Jim and Tennessee become the talk of the California racing circuit — much to the displeasure of sports-car dealer Peter Thorndyke (David Tomlinson), who tries to use his assistant (Michele Lee) to come between the friends and their car.

Ford v Ferrari: American automotive designer Carroll Shelby and fearless British race car driver Ken Miles battle corporate interference, the laws of physics and their own personal demons to build a revolutionary vehicle for the Ford Motor Co. Together, they plan to compete against the race cars of Enzo Ferrari at the 24 Hours of Le Mans in France in 1966.

Gone in 60 Seconds (new version): A car thief is forced to steal 50 luxury vehicles in one night in order to save the life of his brother, who has fallen foul of a dangerous crime lord. Once the most successful car thief in California, he must reassemble his old gang to fulfil the almost impossible mission. His task is further hampered by a rival band of thieves and, of course, the local police.

Days of Thunder: In the fast-paced world of NASCAR, a rivalry brews between rookie hotshot Cole Trickle (Tom Cruise) and veteran racer Rowdy Burns (Michael Rooker). When both of them are seriously injured in competition, the former bitter rivals become close friends. With Cole’s spirits restored by a romance with neurosurgeon Dr. Claire Lewicki (Nicole Kidman), and Rowdy still sidelined by injuries, Cole decides to race Rowdy’s car in the Daytona 500 against underhanded newcomer Russ Wheeler (Cary Elwes).

Good Bye Pork Pie: Two New Zealand losers (Tony Barry, Kelly Johnson) in a stolen Mini Cooper lead the police on a chase, picking up a girl (Claire Oberman) and selling parts off the car along the way.

Who Killed the Electric Car: Following a strict mandate on air emissions in California, General Motors launches the EV-1 in 1997. It is an electric automobile that requires no gas, oil, muffler or brake changes and is, seemingly, the world’s first perfect car. Yet six years later, GM recalls and destroys the EV-1 fleet. Filmmaker Chris Paine examines the birth and death of a revolutionary vehicle.

Tucker: Based on a true story. Shortly after World War II, Preston Tucker is a grandiose schemer with a new dream, to produce the best cars ever made. With the assistance of Abe Karatz and some impressive salesmanship on his own part, he obtains funding and begins to build his factory.

The Art of Racing in the Rain: Denny Swift is a Formula One race car driver who understands that the techniques needed on the racetrack can also be used to successfully navigate everyday life. Besides his career, Denny has three loves of his life — his beautiful wife, their young daughter and his best friend, which is a dog that wants to be reincarnated into a human.

Chasing Perfect: This film is a retrospective of the work and life of automobile designer Frank Stephenson. Frank’s passion for drawing and automobiles since his youth led him to study automotive design at Art Center College of Design in Pasadena, California from 1982 to 1986. Stephenson has been the director of design for MINI, Ferrari, Maserati, Fiat, Lancia, Alfa Romeo and McLaren before moving on to Lilium Aviation to lead the design team creating flying taxis, known as eVTOL aircraft, as well as being Design Master at Suning Intelligent Technology, a major Chinese technology company.  Additionally, he is the design director of his independent design studio, Frank Stephenson Design, an award winning team which designs and collaborates with companies world-wide seeking success through creative innovation 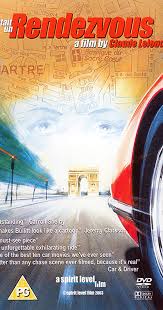 Rendezvous: The film shows an eight-minute drive through Paris during the early hours (05:30) of a Sunday morning in August (when much of Paris is on summer vacation), accompanied by sounds of a high-revving engine, gear changes and squealing tyres. It starts in a tunnel of the Paris Périphérique at Porte Dauphine, with an on-board view from an unseen car exiting up on a slip road to Avenue Foch. Well-known landmarks such as the Arc de Triomphe, Opéra Garnier, and Place de la Concorde with its obelisk are passed, as well as the Champs-Élysées. Pedestrians are passed, pigeons sitting on the streets are scattered, red lights are ignored, one-way streets are driven up the wrong way, centre lines are crossed, and the car drives on the sidewalk to avoid a rubbish lorry. The car is never seen as the camera seems to be attached below the front bumper (judging from the relative positions of other cars, the visible headlight beam and the final shot when the car is parked in front of a kerb on Montmartre, with the famous Sacré-Cœur Basilica behind, and out of shot). Here, the driver gets out and embraces a young blonde woman as bells ring in the background, with the famous backdrop of Paris.

Risky Business: Ecstatic when his parents leave on vacation for a few days, high school senior Joel Goodsen (Tom Cruise) cuts loose with his best friend Miles. After an attempt at securing the services of a prostitute goes slightly awry, Joel hires gorgeous Lana (Rebecca De Mornay) for a night of delight. Stunned by the amount of Lana’s “bill” the next morning, Joel grows frantic after he crashes his father’s Porsche. In an effort to raise lots of money fast, a desperate Joel turns the house into a brothel.

Ferris Bueller’s Day Off: Ferris Bueller (Matthew Broderick) has an uncanny skill at cutting classes and getting away with it. Intending to make one last duck-out before graduation, Ferris calls in sick, “borrows” a Ferrari, and embarks on a one-day journey through the streets of Chicago. On Ferris’ trail is high school principal Rooney (Jeffrey Jones), determined to catch him in the act.

Leave a Reply to Tasos Click here to cancel reply.

21 Responses to Hunker Down Garage: Car Movies To Watch While We Wait Out Coronavirus