By Philip Richter on June 6, 2017 in Car Shows, Cars, Motorcycles

The Greenwich Concours d’Elegance was founded in 1995 by the late Bruce and Genia Wennderstrom. The Wennerstrom’s adult children have carried on the family legacy and manage the venerable event. The 2017 Greenwich show was a home run and raised the bar to a whole new level—the field was competitive with top shows like Amelia Island.  The quality, quantity, and beauty of the vehicles on display this year catapulted the show into the big leagues. One-hundred-point brass cars shared the show field with the rarest of modern supercars—every vehicle on the show field stood tall and deserved to be there. Saturday was earmarked for American cars and Sunday was predominantly reserved for European marques and the Bonham’s auction. While the venue is tight and logistically difficult, the setting on Long Island Sound is picturesque and idyllic.

The only possible criticism of the weekend was the lackluster offerings at the auction on Sunday. The cars for sale were generally second-rate and not prepared to the level that the Greenwich Concours deserves. There were only a handful of cars on the auction block that were worthy of Greenwich. The majority of them should have been reserved for a Wednesday night at Mecum or Barrett-Jackson. In my view, the quality of Bonham’s inventory was not consistent with the excellence of the Greenwich Concours d’Elegance.

On Sunday, Turtle Garage showed the E30 M3 as well as four motorcycles—the MV Agusta, BMW K1, BMW R60/2 and the 1937 BMW R6. Among a full field of enviable entrants, the BMW R6 won best in class. Produced only in 1937, this ultra-rare machine was painstakingly restored over a period of eight years. The prior owner, John Pavone, put in over 1,500 hours and made several transatlantic flights to restore the R6 to 100-point status. Winning the Sunday blue ribbon (among a very competitive field of fabulous vintage motorcycles) was proof that John left no stone unturned in his meticulous restoration of the R6.

The logistics of getting four motorcycles and a car to the show proved to be challenging. On Saturday night I used our four-horse trailer to transport the motorcycles. Thanks to Mary Wennerstrom, I was able to park my rig in the secure overnight lot. With the help of my good friend John Mazella, I was able to get a ride back to the Turtle Garage on Saturday night. On Sunday morning I drove the E30 M3 to the show and unloaded the bikes. On the drive over to Greenwich, I was reminded why the M3 is considered such an important vehicle in BMW history—it is just an absolute ball to drive! It’s a purely analog car that somehow does not feel outdated. It is alive with character and the power-to-weight ratio is perfect. Even standing still it’s stunning to look at with its wide flared fenders and aggressive stance. Being an original 17,000-mile car it drives like new.

My Sunday logistics were complicated by the fact that I had a 10 pm flight to Buenos Aires. With the help of legendary BMW pre-war expert Ted Maine Smith, I was able to get everything onto the show field by 9 am. The show went smoothly and after the awards were presented I was able to get the bikes loaded back on the truck with no problems. The M3 was shipped back to the Turtle Garage by Steve Landau. It all went smoothly and the weather held up until I got everything loaded up. I got home by 5 pm and easily made my 10 pm flight to Argentina. I arrived in Buenos Aires on schedule. It was a whirlwind Sunday and by Monday morning I was having a leisurely breakfast at the Alvear Palace Hotel in downtown Buenos Aires.

Below are some select photographs from the show: 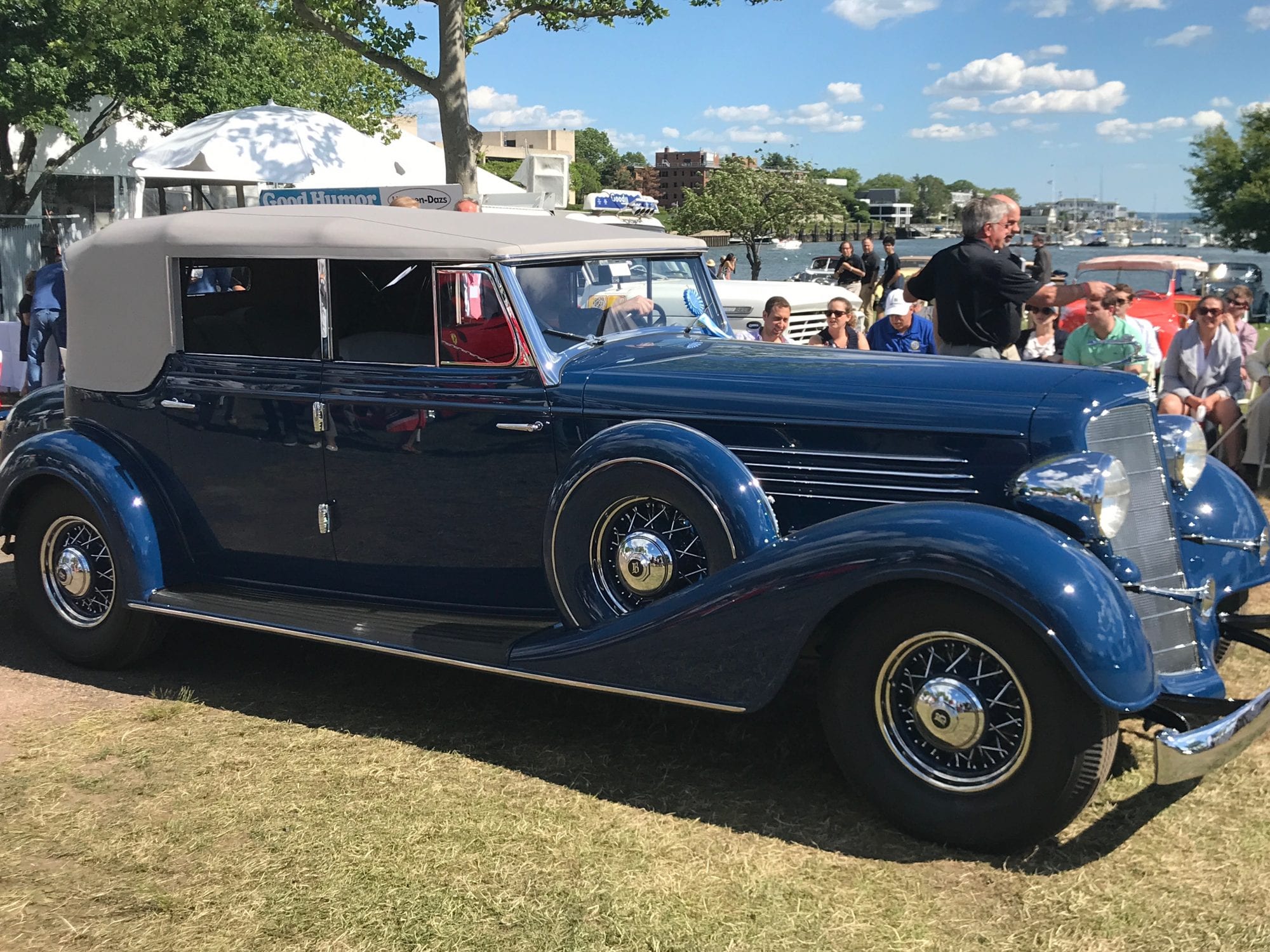 A fabulous Buick takes a blue on Saturday 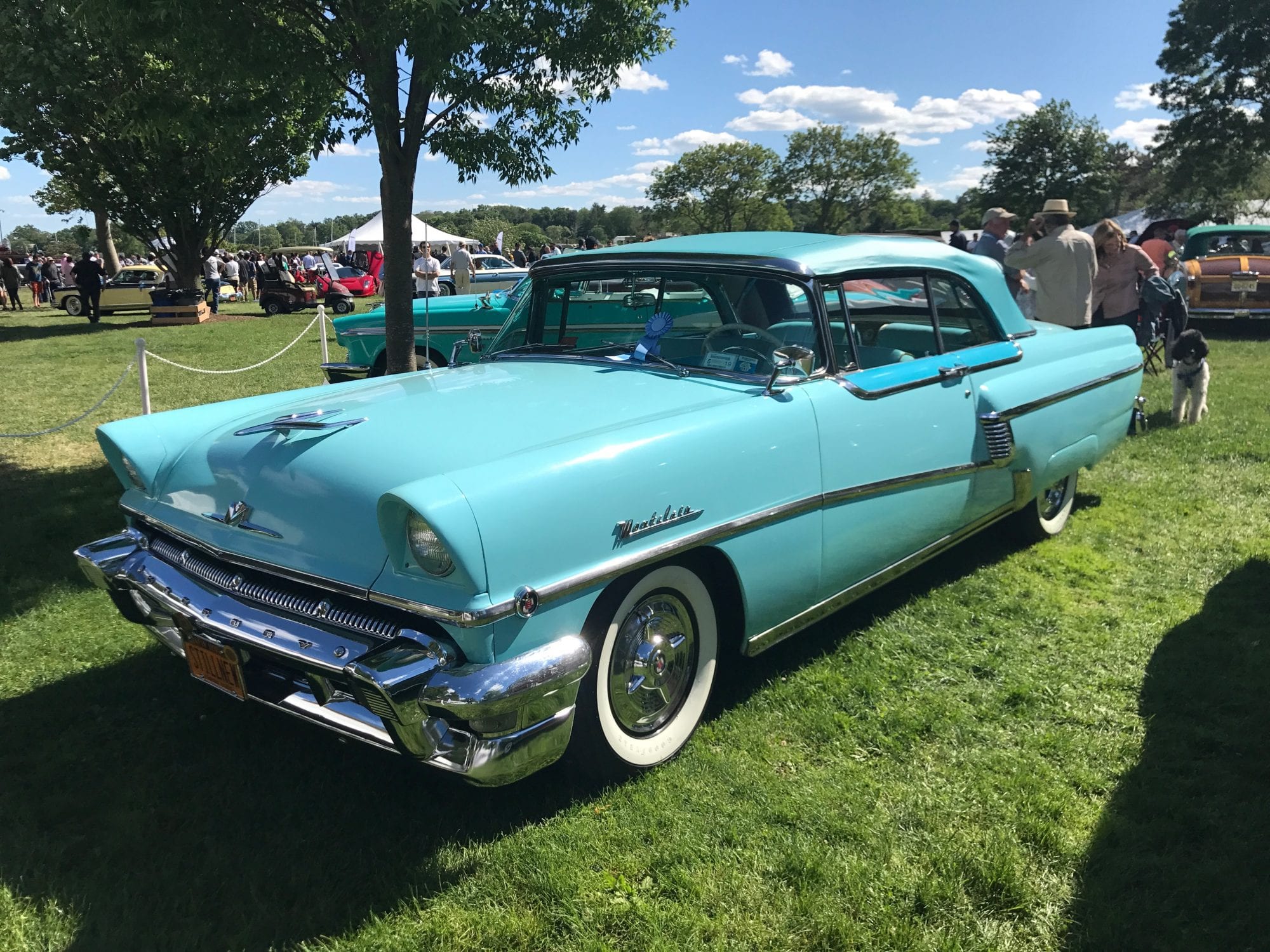 The 50’s were an immediately recognizable era in the car world. 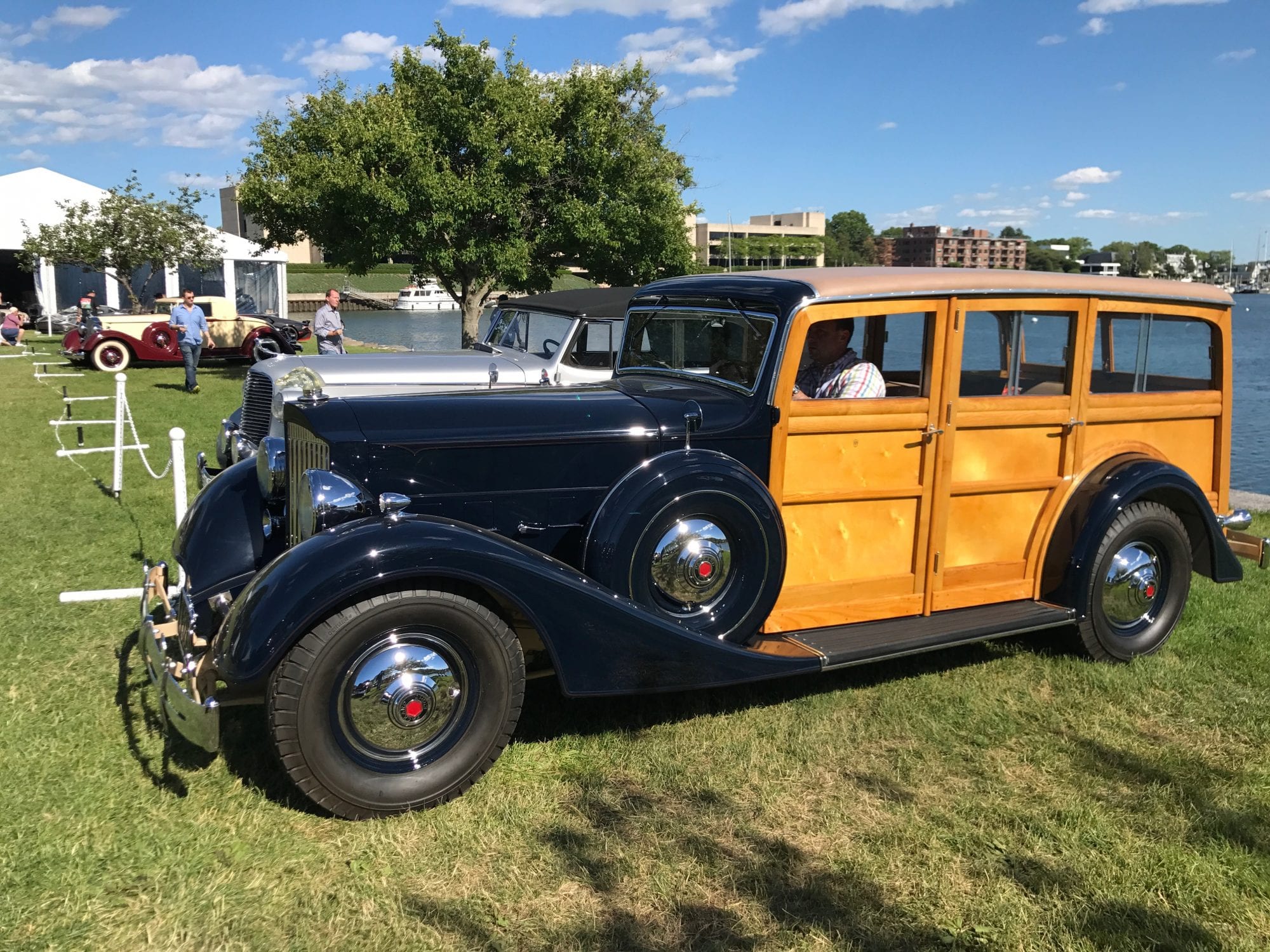 This was the first 30’s Packard Woody I’d ever seen and it was stunning. 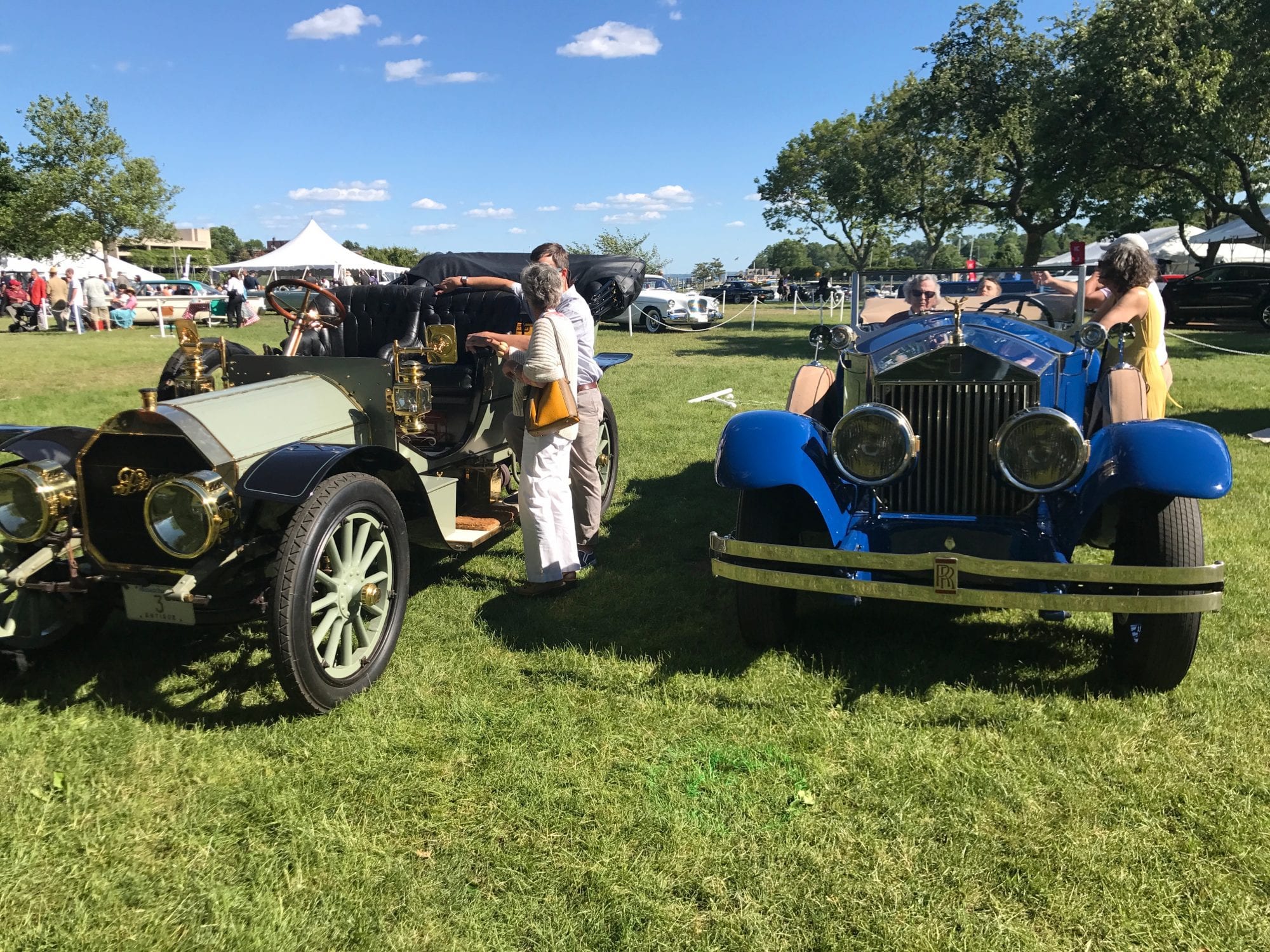 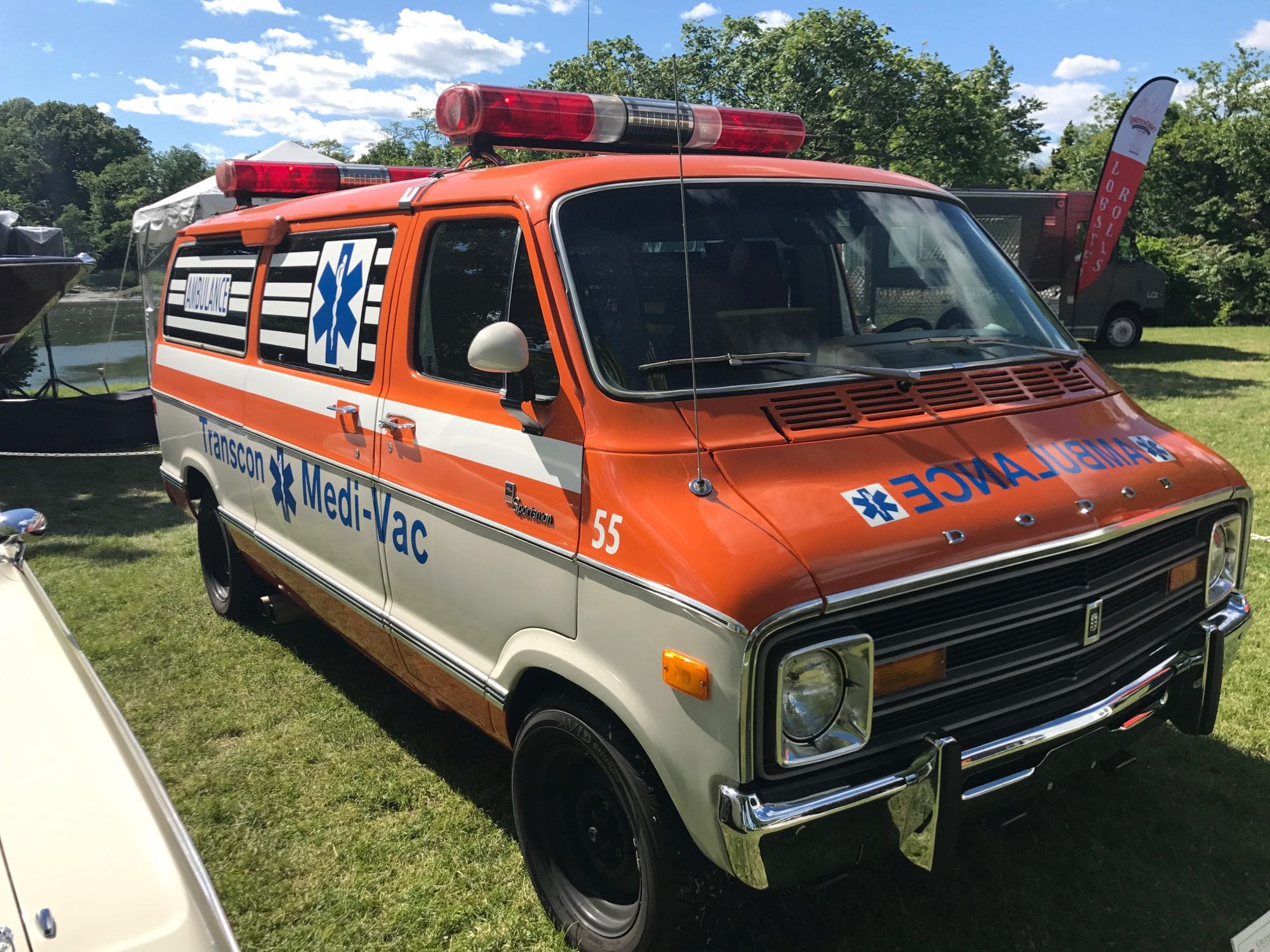 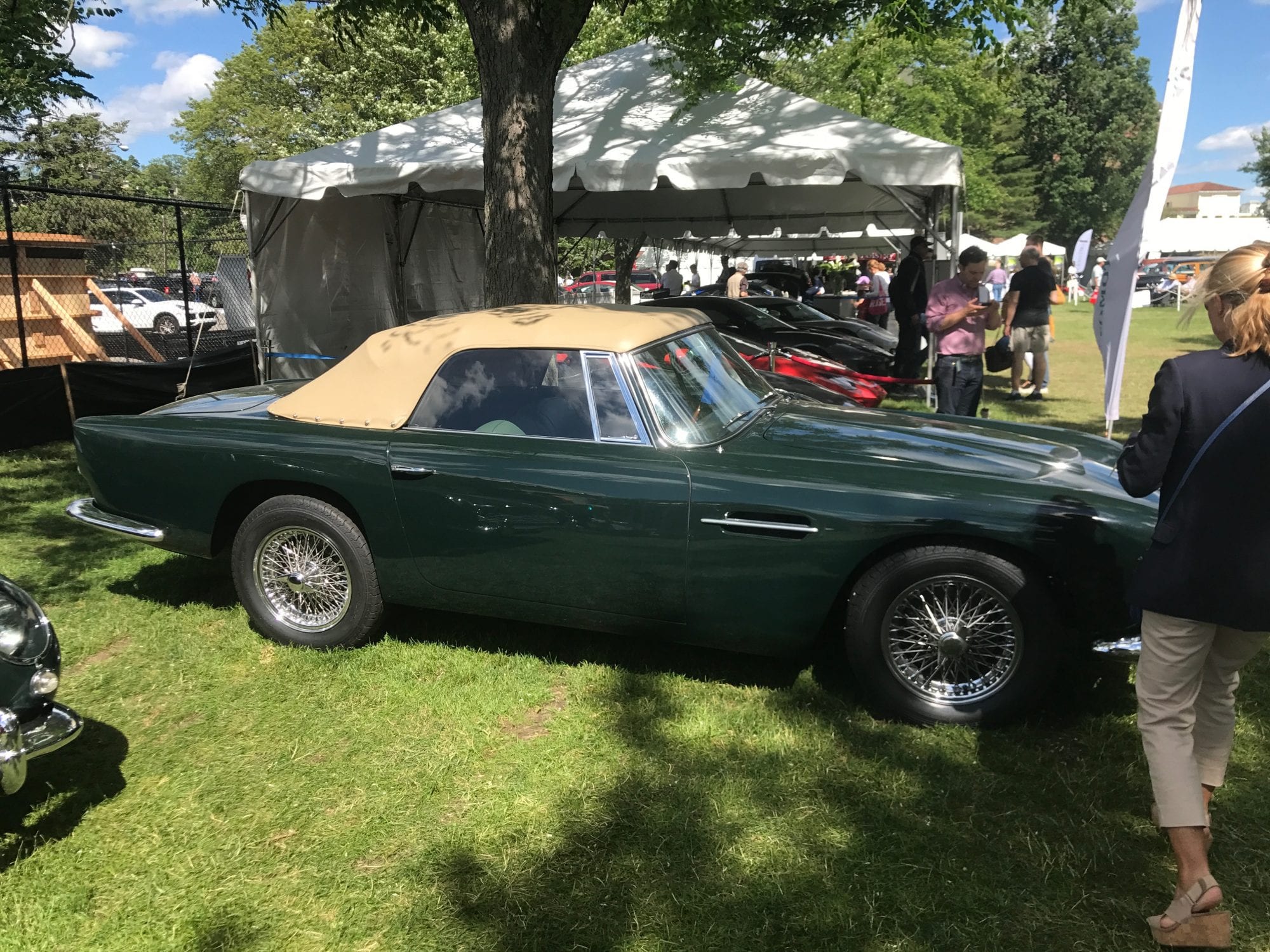 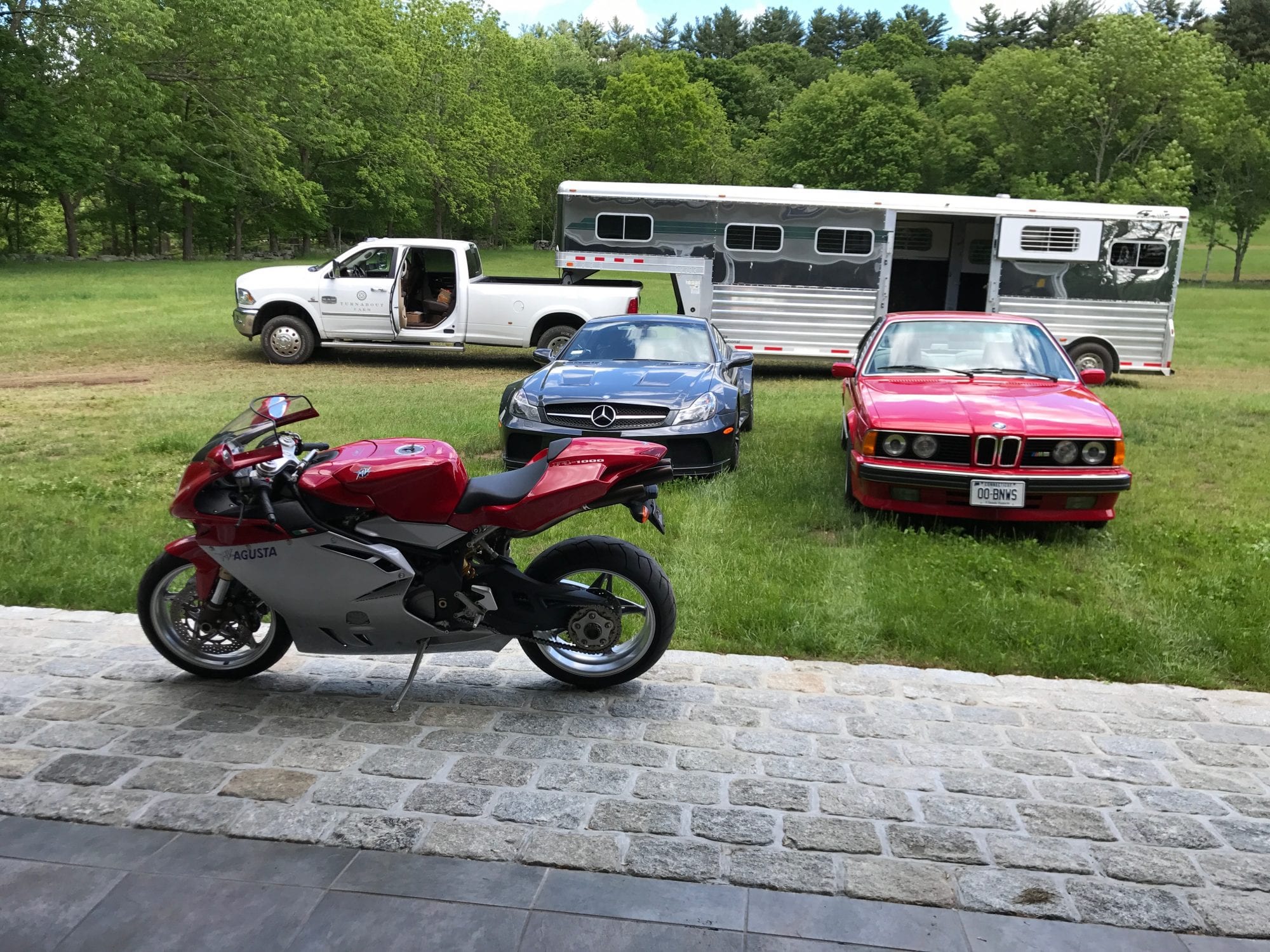 Preparing to leave the Turtle Garage. 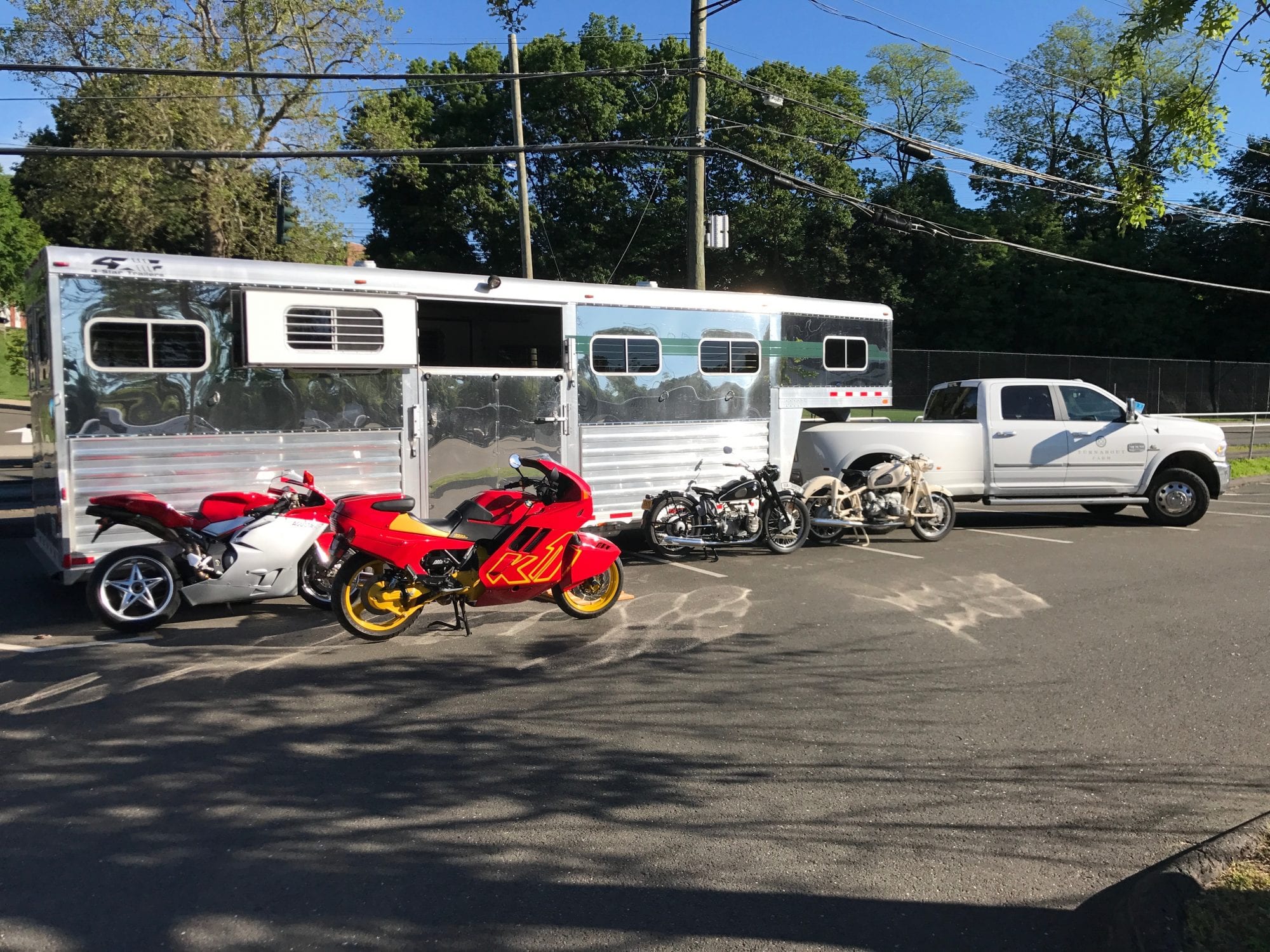 Unloading on Sunday morning at the show. 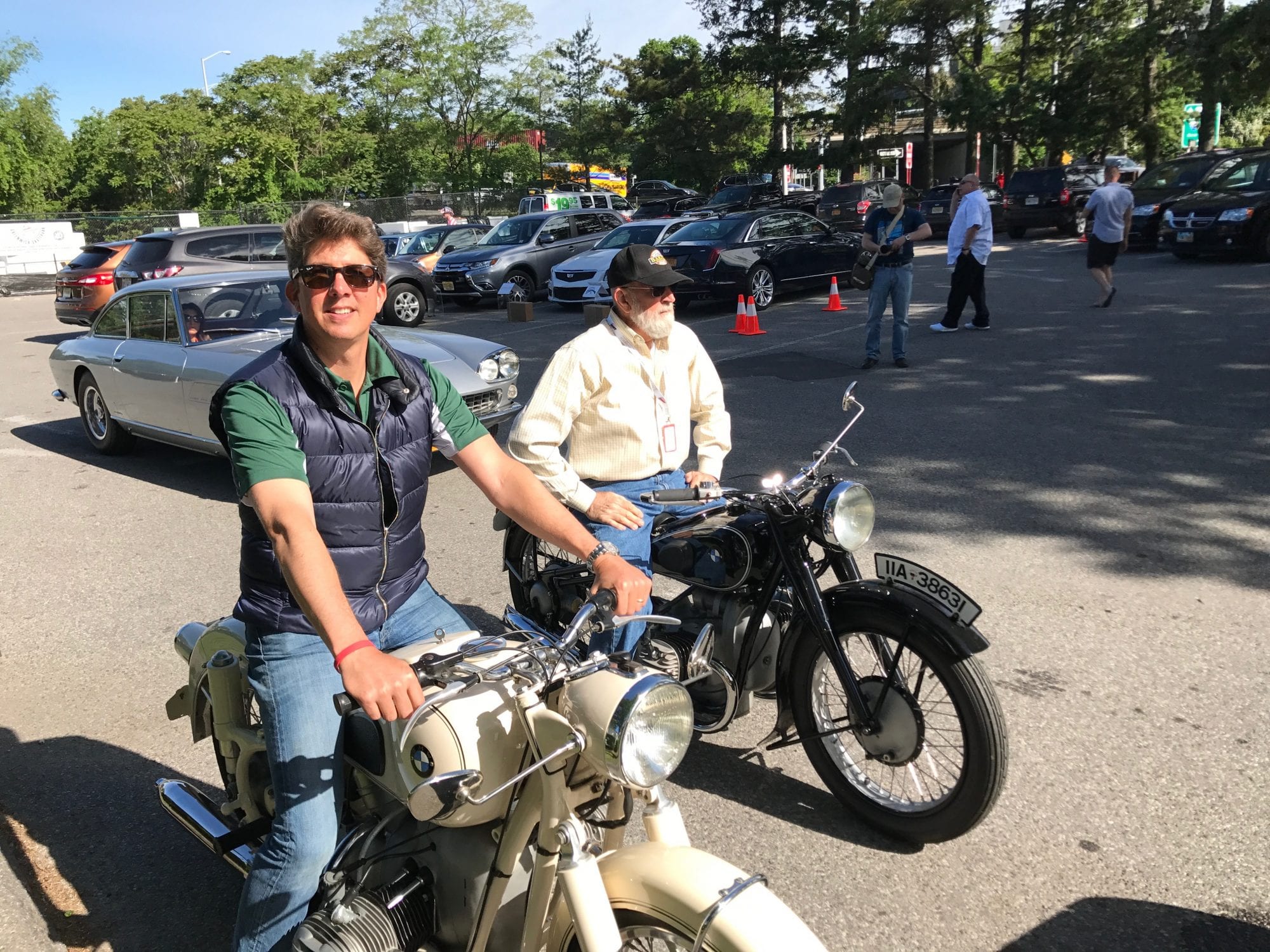 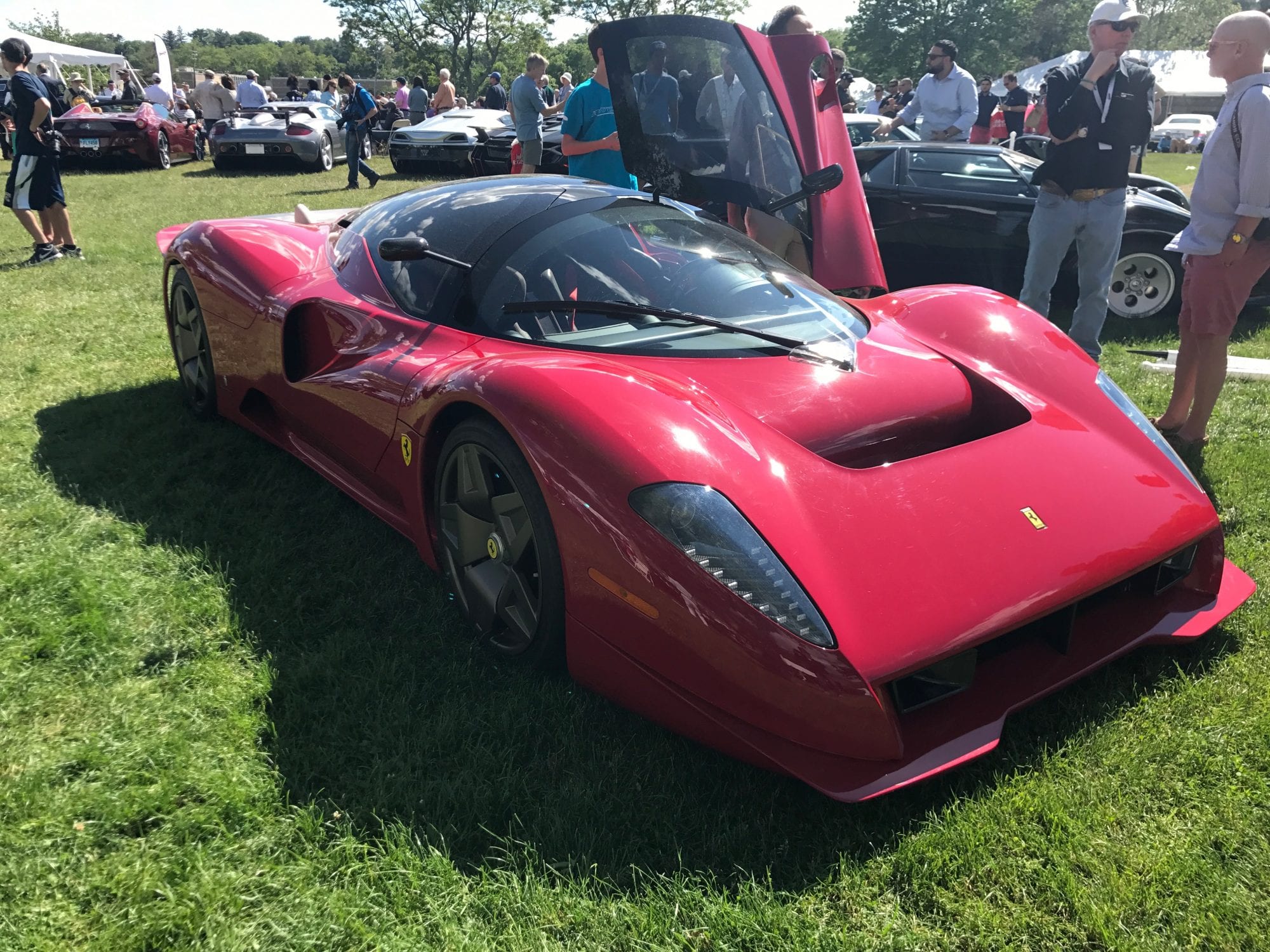 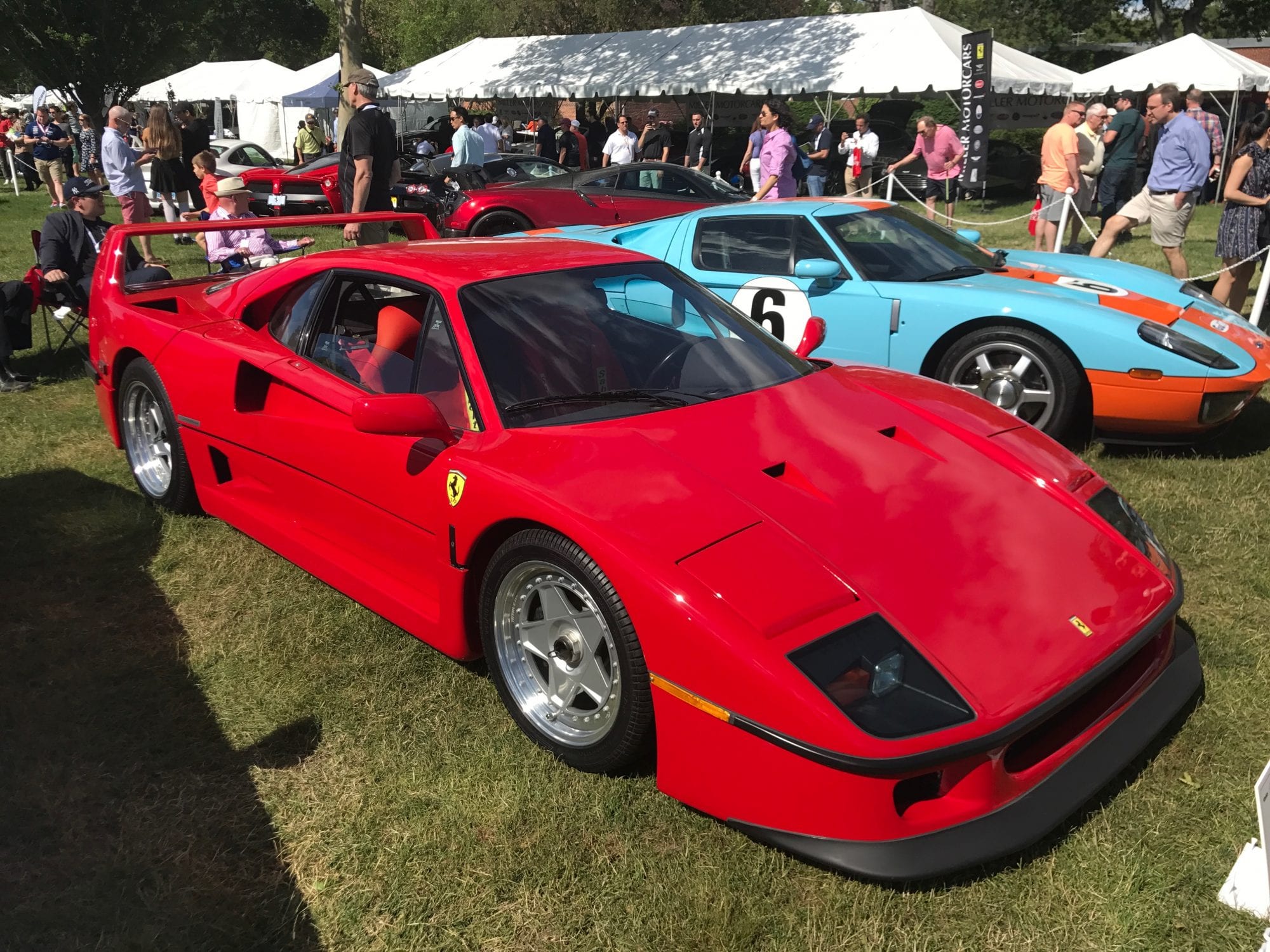 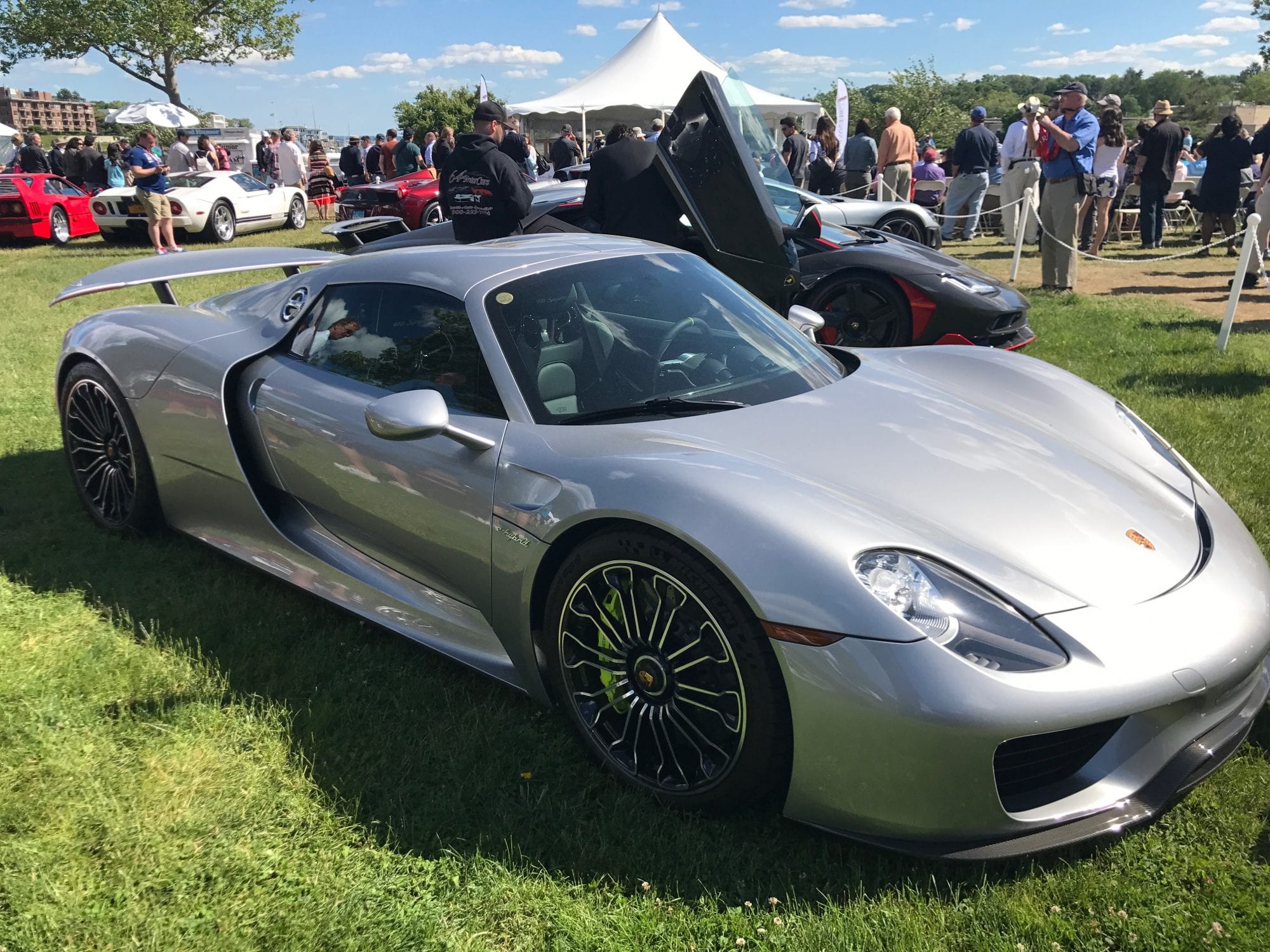 The Porsche 918 is breathtaking and iconic! 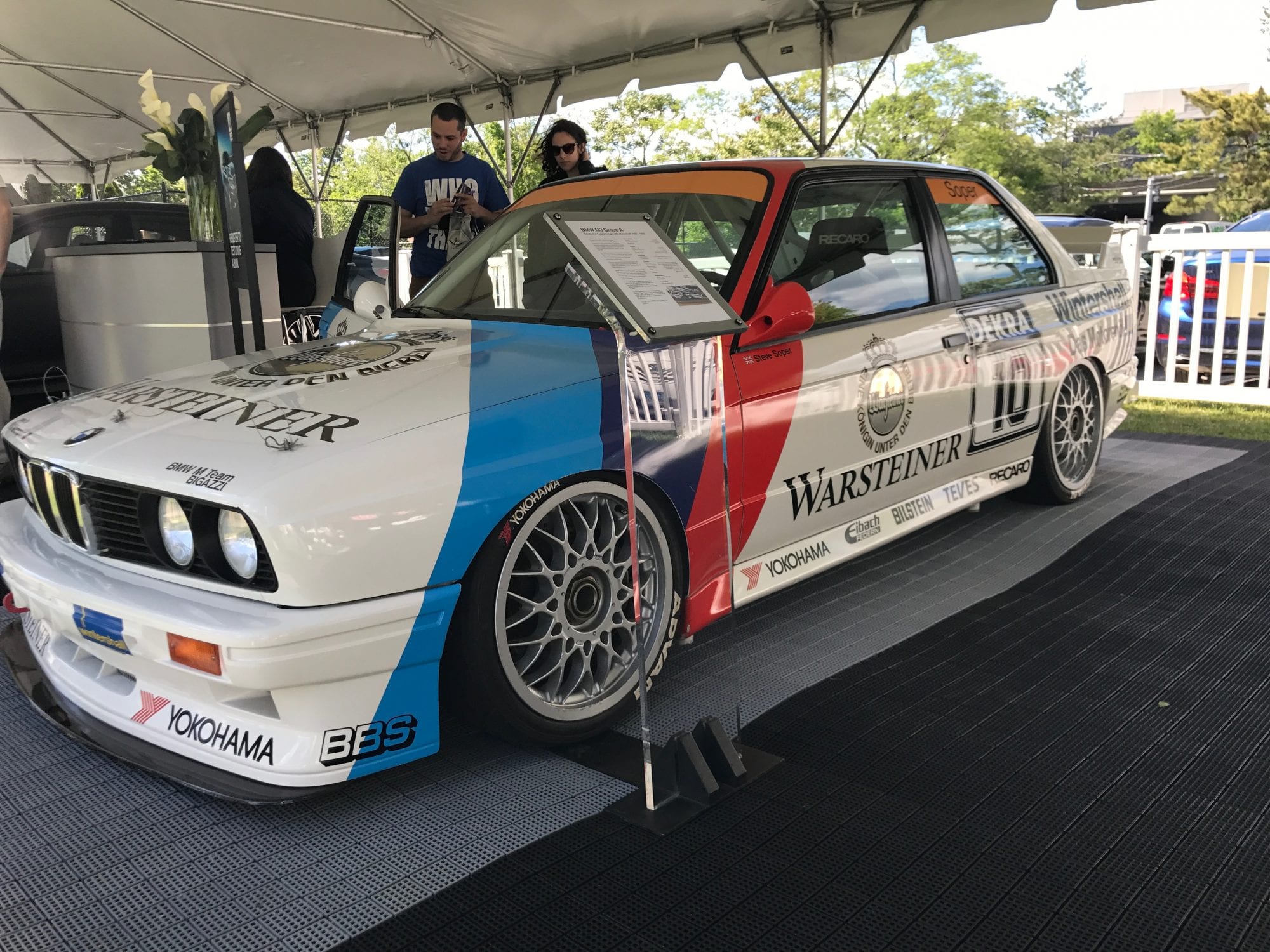 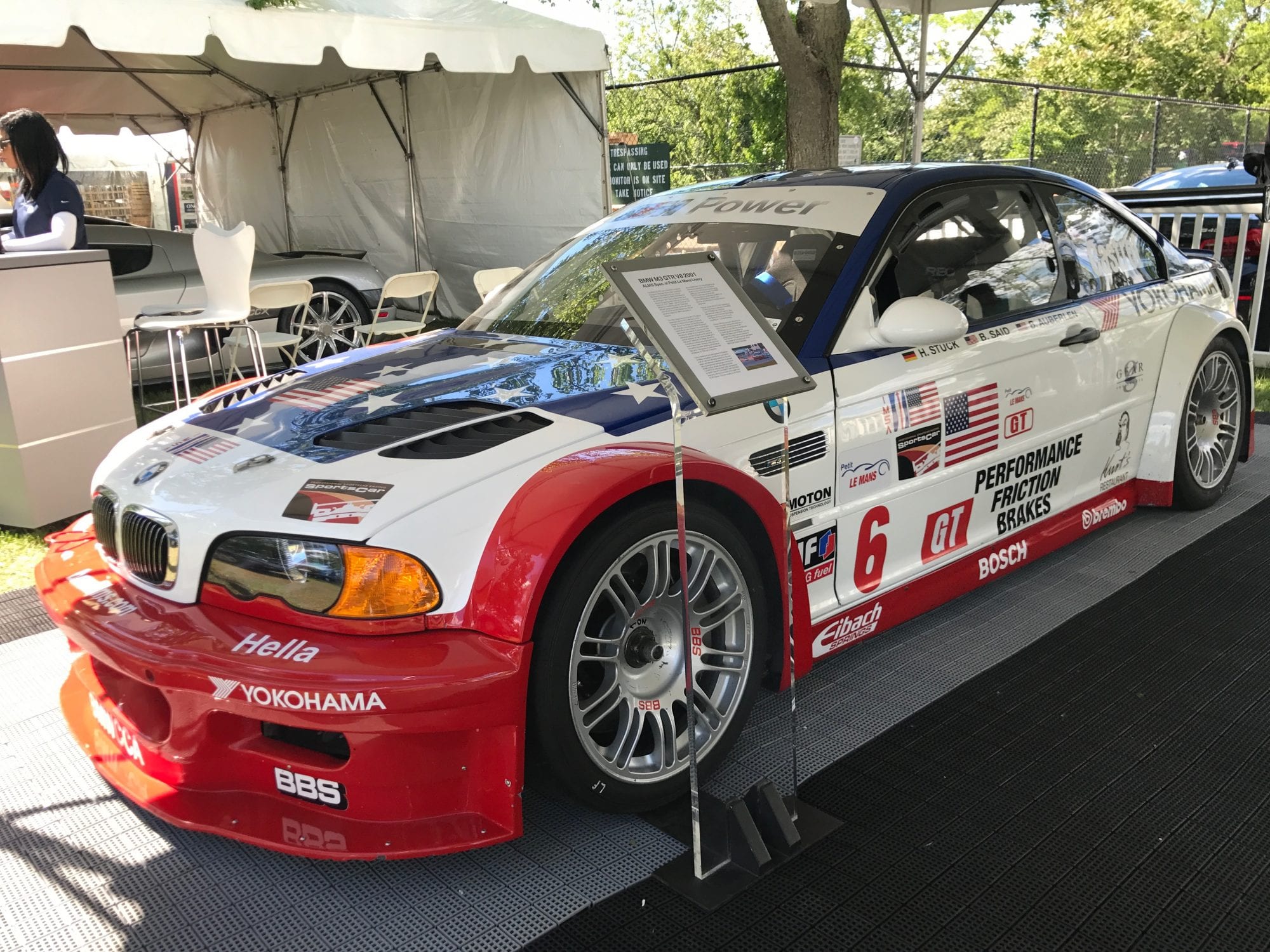 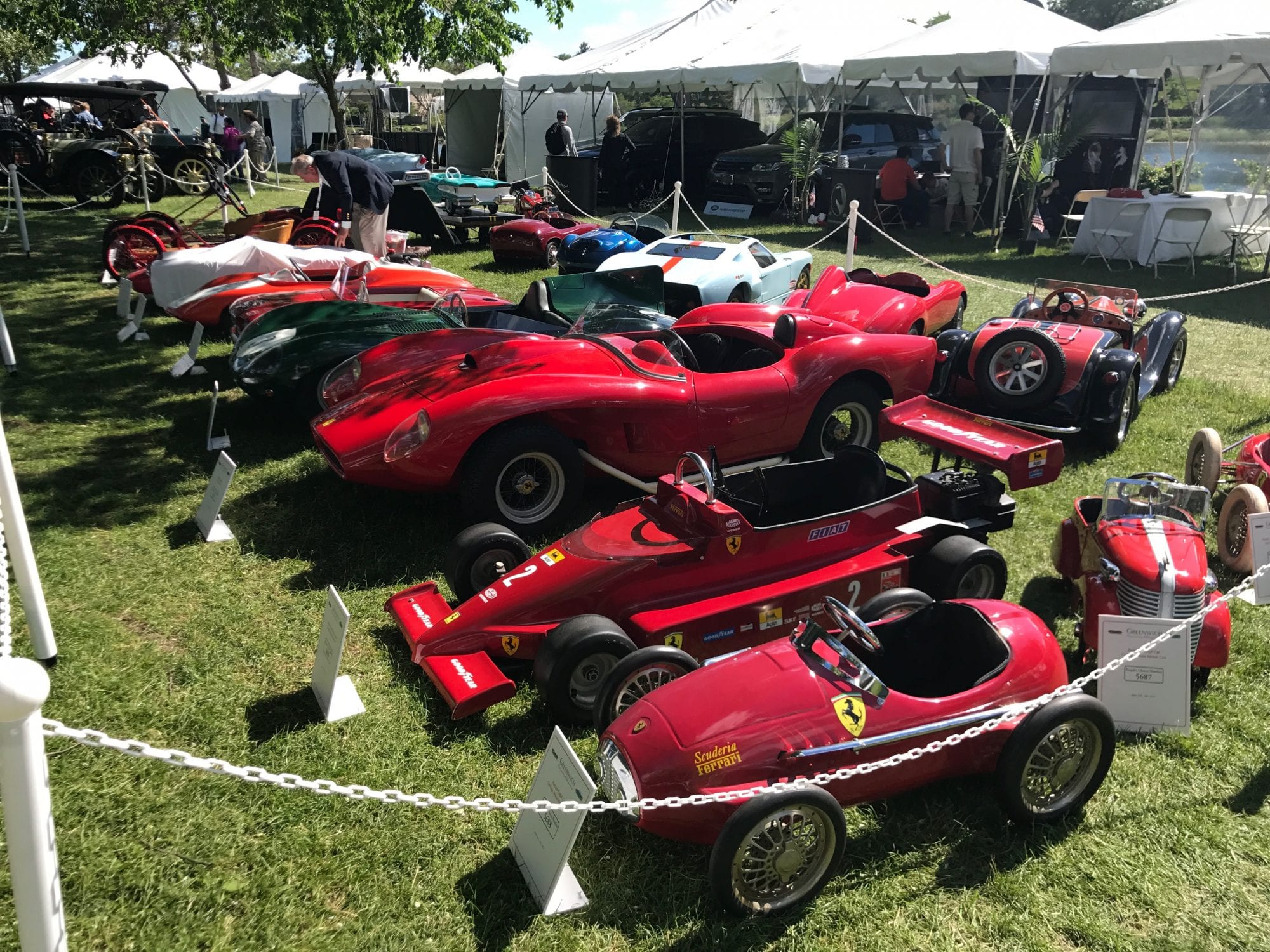 A menagerie of mini cars 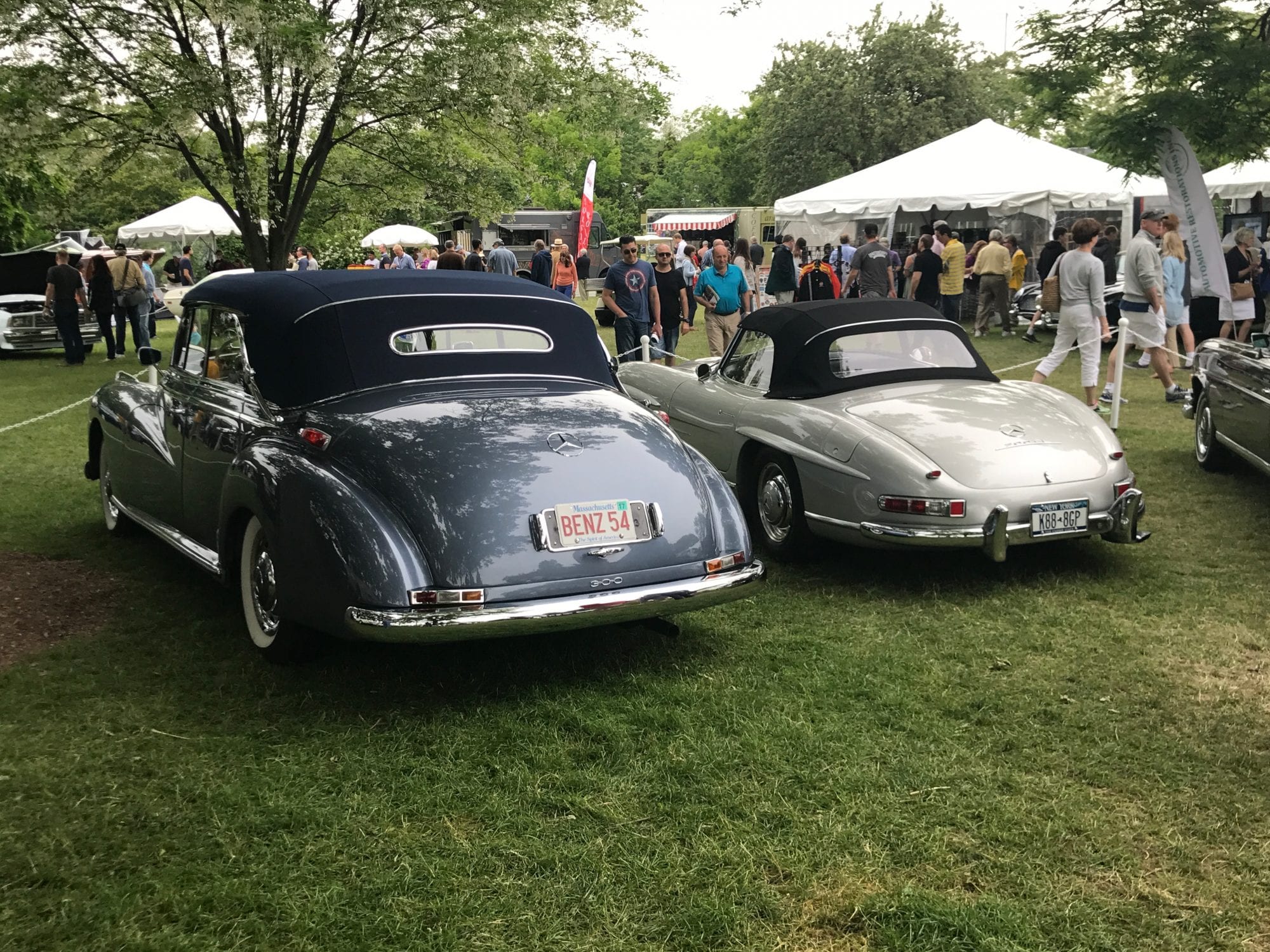 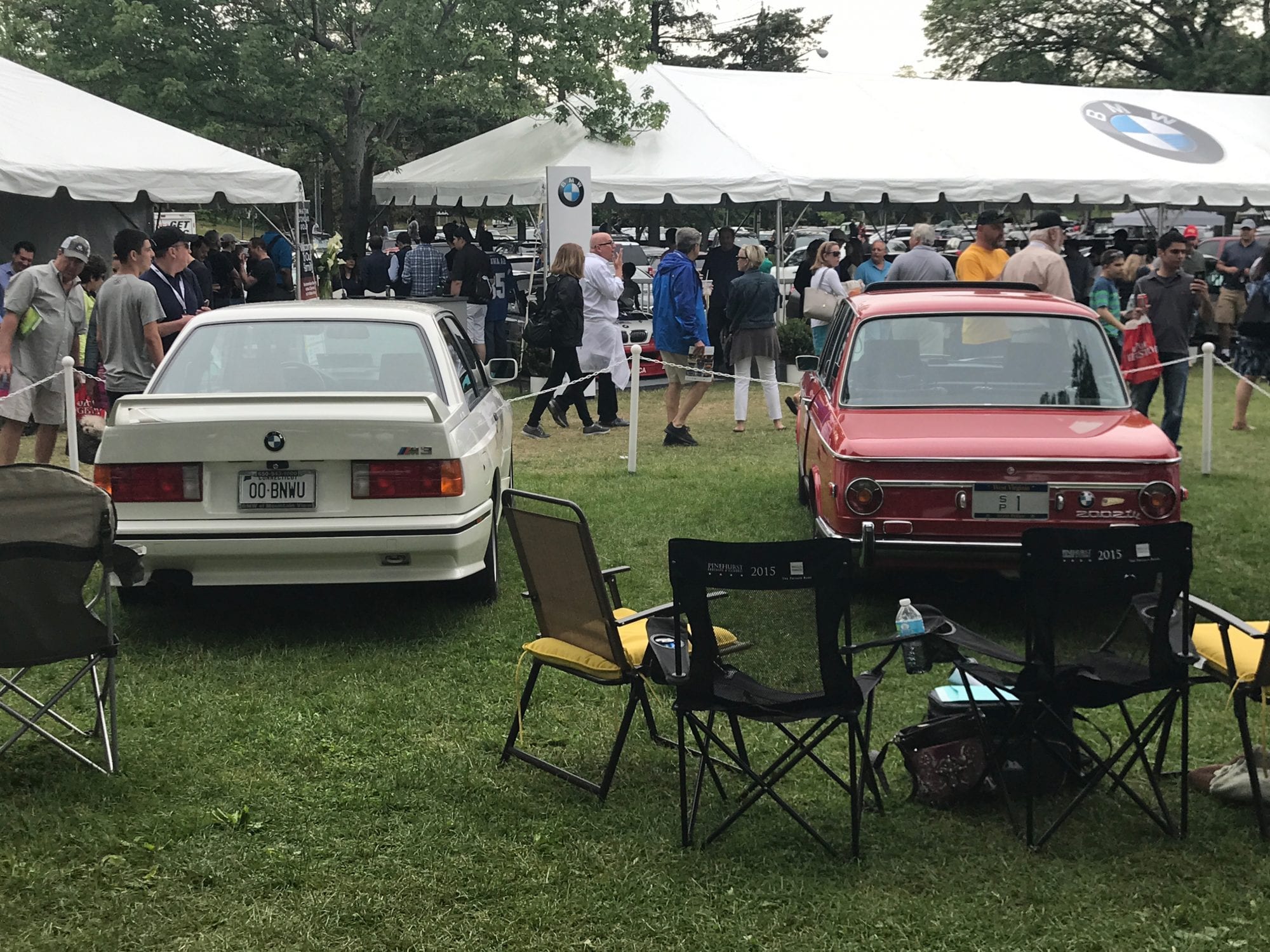 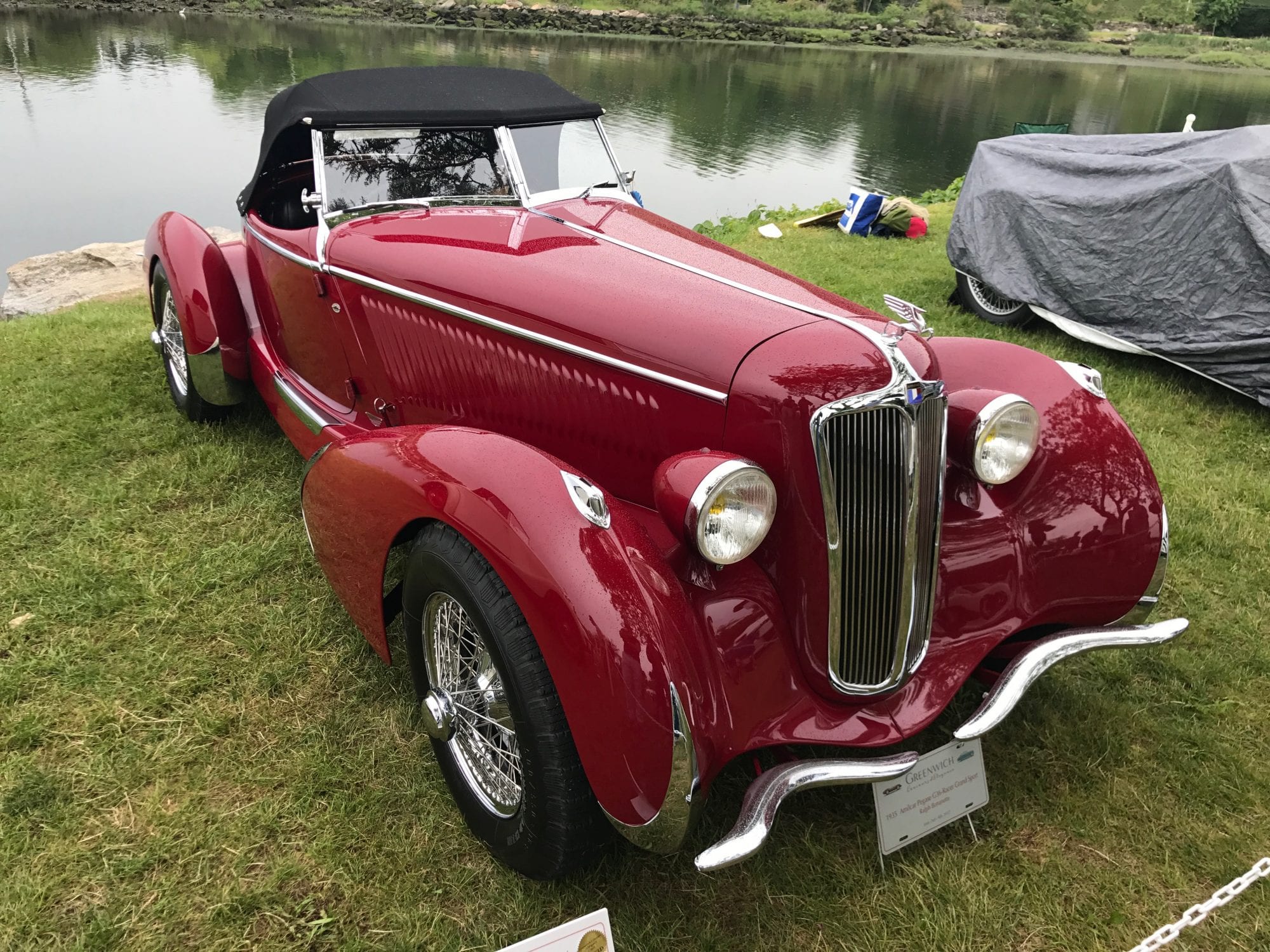 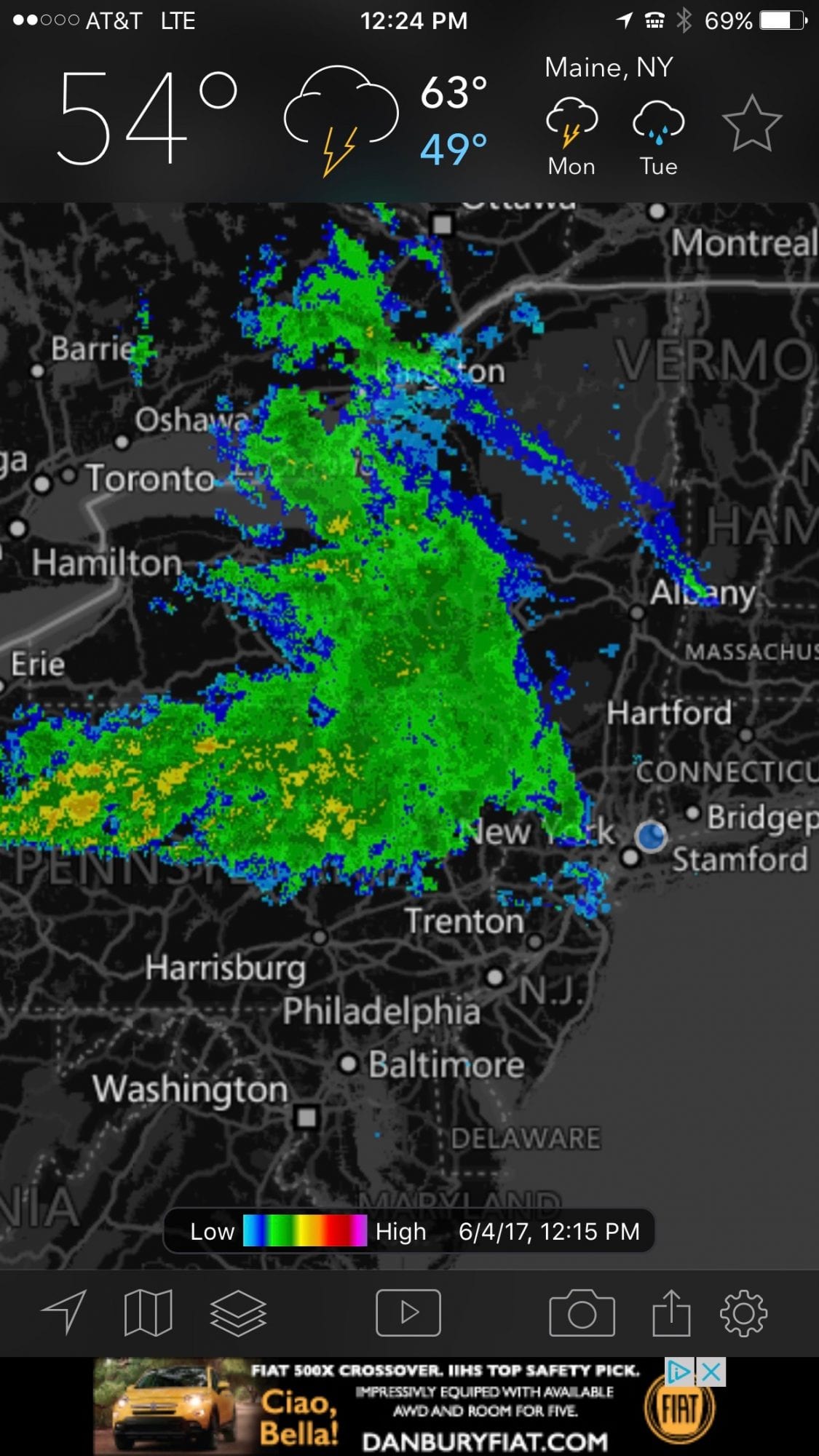 As usual, the Greenwich Concours ended with a big soaking! 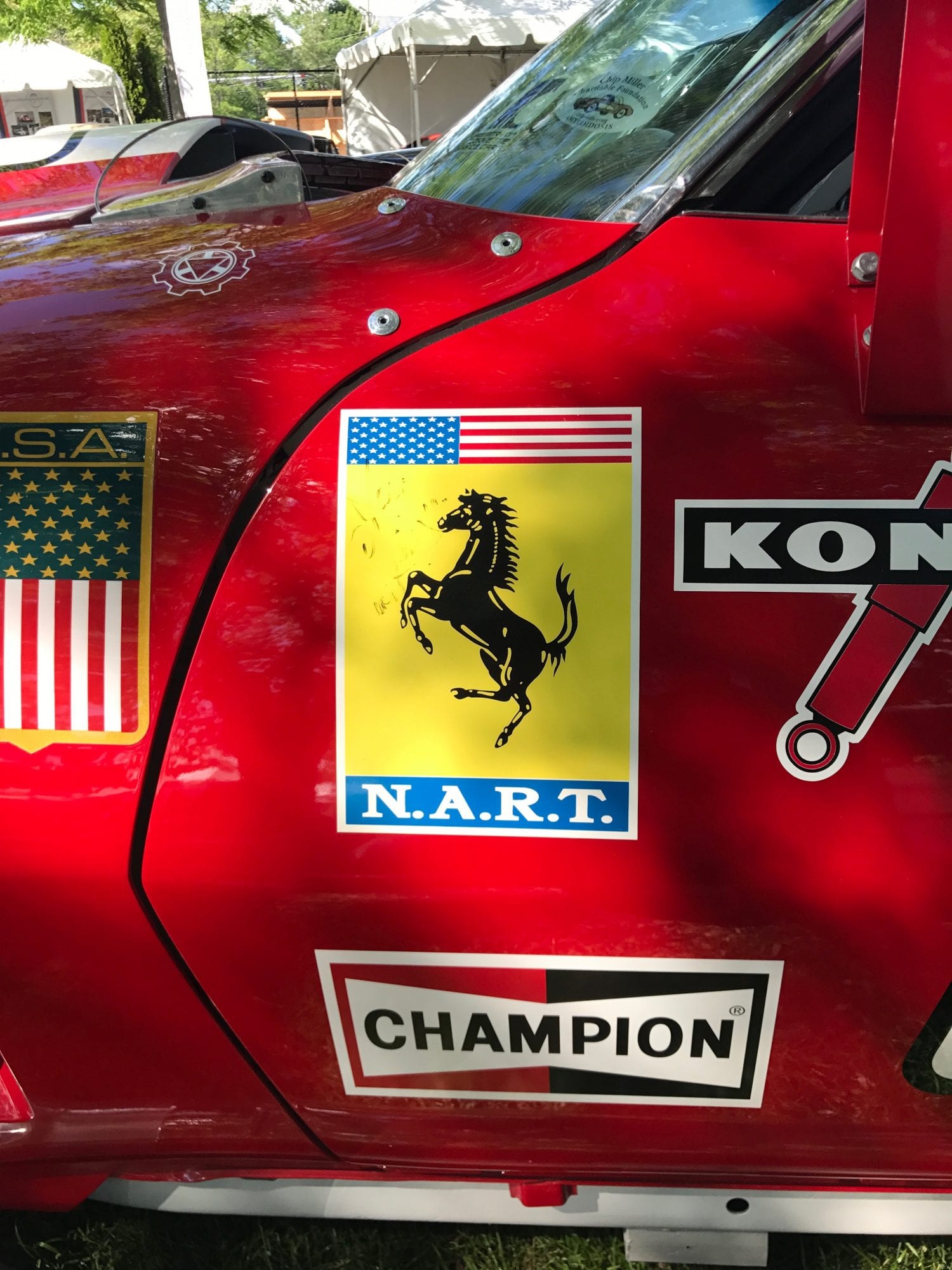 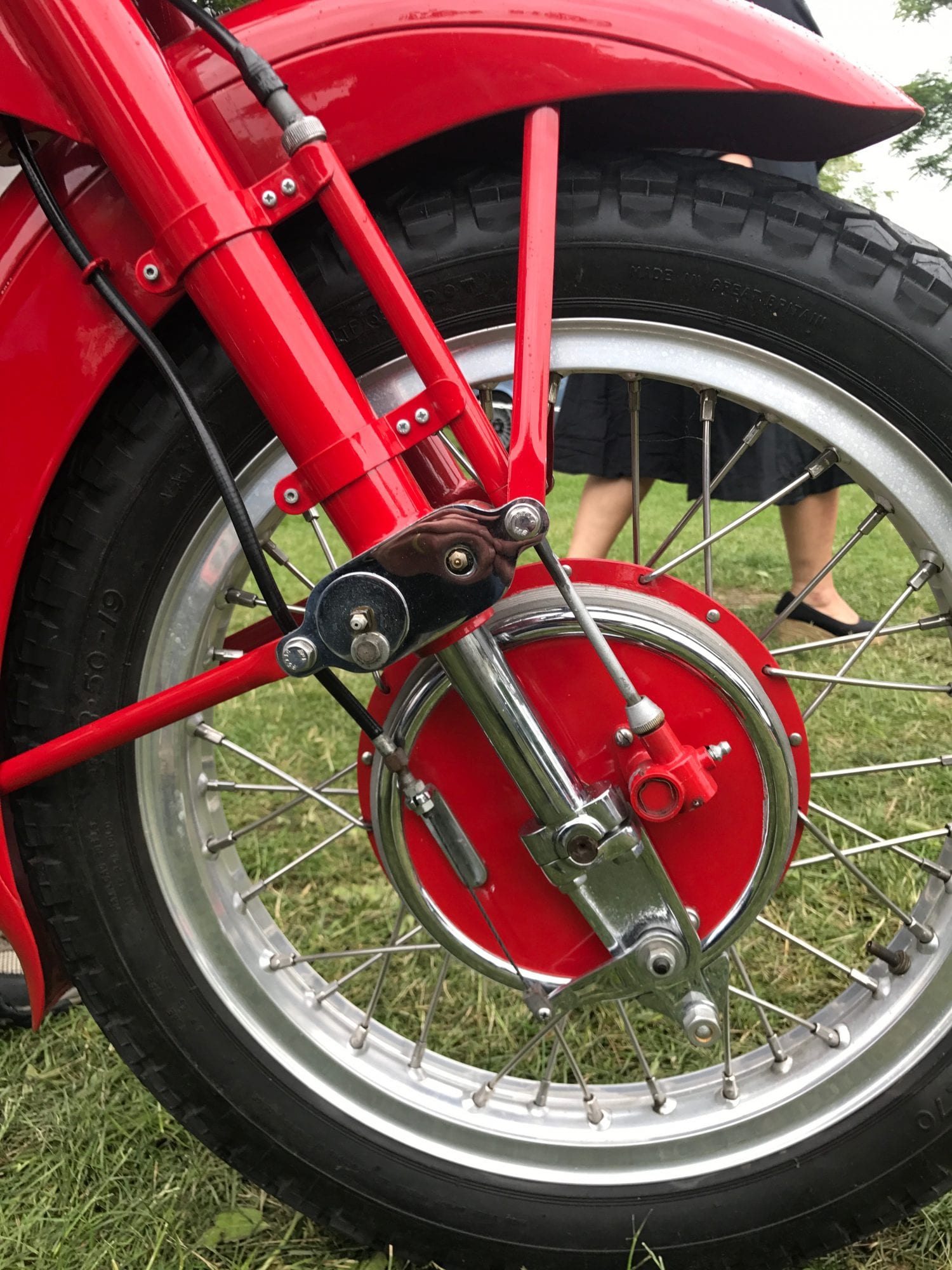 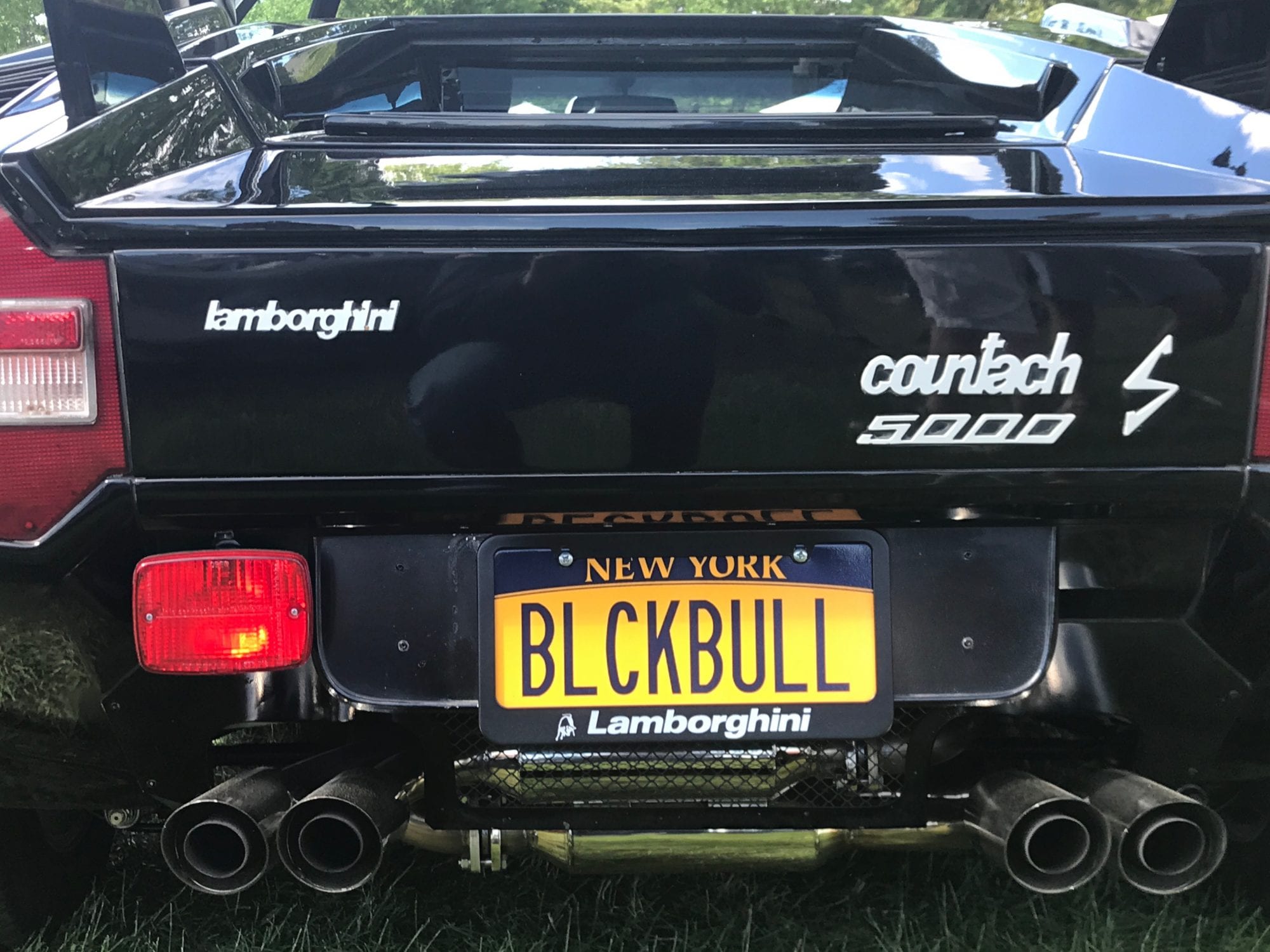 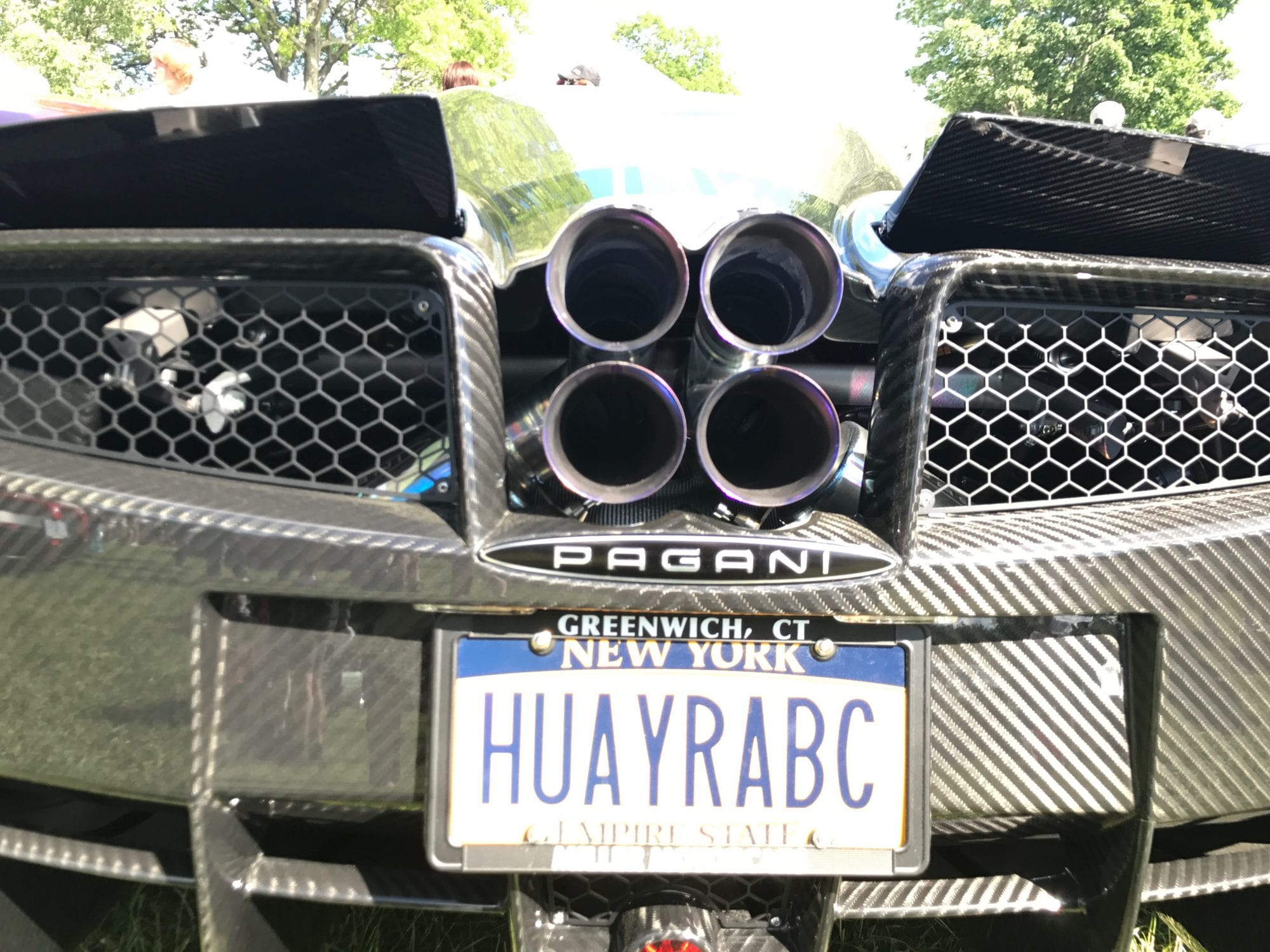 2 Responses to Greenwich Concours 2017: Quality, Quantity, and a Blue Ribbon for Turtle Garage