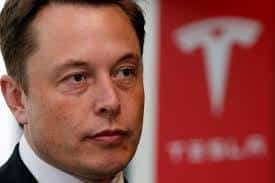 Few companies conjure up the intrigue, speculation, and controversy of Elon Musk’s Tesla (NYSE: TSLA). When launched in June 2012, the Model S was revolutionary—it was as if Apple built an automobile. Since then, Musk has continuously shocked Wall Street—both with his groundbreaking products and his erratic behavior with securities analysts. Last year, Prior to a Q&A session of an earnings call, some joker asked if Musk wears boxers or briefs. To that Musk responded via Twitter that he goes commando and does not wear underwear—the stock miraculously went higher. A few months ago on a routine earnings call, he blasted an analyst for asking “boneheaded questions.” Musk’s lively and unpredictable earnings calls beg the question: What does the future hold for this dynamic, innovative, but controversial company?

The bizarre news emanating from Tesla seems to have no end. Over the last week, there has been no shortage of high drama commentary from Tesla’s charismatic founder. Musk nonchalantly Tweeted that he wants to take the $50 billion company private—the stock soared. He further confidently boasted that he had the “financing secured.” The stunning remark blindsided board members and Tesla’s own investor relations team. For obvious reasons, his bold tweet raised the eyebrows of the Securities and Exchange Commission—an inquiry is in process. Following his proclamation of taking Tesla private, Wall Street analysts scrambled to understand the implications of such an unlikely move—the stock surged in morning trading. This week Musk disclosed in a New York Times interview that his personal and professional life was in shambles—the stock sold off 9%. Musk’s surprising comments disclosed that 2018 had been the toughest year of his life—he also ominously commented that the worst was yet to come. The negative emotional content of the interview sent the stock reeling into a downward spiral. Musk’s erratic behavior has fueled speculation about his mental and physical health as well as his possible excessive use of Ambien.

Despite all this noise, Tesla remains a great example of a truly disruptive company. Elon Musk has challenged, changed, and transformed three of the most stodgy and rigid industries: space, automotive, and energy. Time will tell what the future holds for Tesla. The following article from Bloomberg gives an excellent overview of the complex and emotionally-charged bull and bear cases for owning TSLA shares:

Tesla’s Amazing. Tesla’s Horrible.
After a frantic week of gains and losses in the stock, the believers and the naysayers are as adamant as ever that they’re right.
By Bailey Lipschultz , Elena Popina , and Esha Dey
August 11, 2018 at 7:00:18 AM EDT

Say this for Elon Musk: the haters hate, and the lovers love. Still. His stunner about taking Tesla private — and all the will-he-or-won’t-he it engendered — changed precisely nothing. We asked our reporters to lay out the bull and bear cases.

Bull Case
First of all, nothing makes the fanboys happier than when Elon Musk goes on Twitter to vent against the Wall Street machine. And if it takes a run-in or two with the market police to build a perfect car, so be it. Building — and selling — technological marvels is all the bulls want from the 47-year-old billionaire, and roller-coaster rides like last week have been a tolerable price of admission since the company went public eight years ago. How big will Tesla be? “BMW on steroids,” says New Street Research’s Pierre Ferragu.

For proof of faith, consider that while Wall Street bean counters spent last week wondering if Musk had lost his mind tweeting about an $80 billion buyout, a bigger problem for bulls was the price — way too low. Ross Gerber, CEO of fund manager Gerber Kawasaki Inc., assigns Tesla a $100 billion valuation now, about 25 percent above Musk’s go-private price. And in five years, he sees it at $250 billion.

“All this private talk I kind of wish never happened,” says Gerber. He compares Tesla to Amazon and Netflix. Like those companies, it’s all about the future for Tesla. It better be, considering that after rising 45 percent annually since 2010, the stock trades at 120 times earnings that won’t even arrive till next year. If Musk talks a lot, it’s because he’s trying to orchestrate a miracle, and it helps if people working toward that dream believe he’s a god.

Make no mistake, the bulls say: he can do it. Sales of Tesla’s three offerings — the Model S sedan, the Model X SUV and the high-performance Model 3 — jumped 60 percent last year to 82,000, pushing revenue to almost $12 billion.

And while the company’s never produced a dime of profit, analysts see that changing soon. If all goes according to plan in 2019, the company will record its first earnings under generally accepted accounting principles, then see it rise 12-fold in 2020 and double again in 2021, according to estimates compiled by Bloomberg.

Worried about production? Musk has more than doubled vehicle output since the beginning of the year, reaching 53,339 units in the second quarter, nearly all of it thanks to the Model 3. He’s repeatedly upped the forecast for the spiffy new model, promising 2,000 cars a week in April, then 5,000 — a goal that required him to sleep many nights in the factory. He said Tesla would build 6,000 Model 3s a week by the end of July.

The reason the pressure is on Tesla’s production schedule is that everybody loves the cars. Back-ordered for months, the Model 3s was recently called “a thrilling, modern marvel” by the Wall Street Journal. Opinions like that are far from rare. “At the end of the day, it comes down to a product,” said Bill Selesky, senior analyst at Argus Research Corp., who sees Musk’s technological disruptions thriving whether the company is public or private. “American consumers, Chinese consumers will see that the product Tesla offers is superior to other companies out there.”

Beyond production goals and cash burn rates are intangible expectations tied to Musk as a serial innovator. Cathie Wood, founder and CEO of ARK Investment Management LLC, believes the company’s evolution from an automobile maker into a technology and software player presents almost upside that is almost unlimited.

“He has bigger plans for Tesla than even we know right now,” Wood, who holds Tesla shares, said on Bloomberg TV Wednesday. “We’ve been very focused on his autonomous taxi network opportunity, which we think could take the stock to $4,000.”

That would mark a rally of some 1,020 percent from Friday’s close. And the shorts — those soulless Wall Street marauders — would be wiped out for good. —Bailey Lipschultz and Elena Popina

Bear Case
Nobody disputes Elon Musk dreamt big when he thought up his plan to change the world with mass-produced electric cars. It’s all the other stuff rattling around in his brain that draws the bears on Wall Street.

The case against Tesla Inc. touches on a lot of things — from cash burn to competition to how workers are treated in its factories. At its core, though, it centers on one person: a 47-year-old genius who opponents say is the wrong man to steer a $60 billion company to maturity.

Musk’s problem, they say, is he acts like an entrepreneur while being employed as CEO of a 15-year-old company. He can’t sit still for the boring parts, as shown with his spats with analysts on earnings calls. No matter how much he apologizes, it doesn’t calm concern that his erratic behavior will end up being a fatal job distraction.

“Investors have seen Musk as a visionary that was essential to his corporation and were willing to put up with him,” said Bruce McCain, chief investment strategist at Key Private Bank in Cleveland. “At some point, that will end.”

It was these anxieties that were kindled when Musk fired off a tweet saying he was considering going private at an estimated $80 billion without identifying his financing. With a board that seems only slightly less in the dark than the public, and Musk as silent as he ever gets on Twitter, imaginations ran wild. The stock surged and then tanked.

Such outbursts are more than spontaneous rants, bears like Jim Chanos say. They’re designed to take attention off Tesla’s shortcomings: no earnings, no easy way to finance expansion, and no sense that any production ramp-up will last more a few months.

In July, Musk said the company still expected to be profitable in the remaining quarters of 2018. If the past is any indication, say the naysayers, don’t hold your breath. “There is just so much more capacity expansion, so much more money required,” says David Whiston, a Morningstar analyst.

All of this has done nothing to curb shareholders’ willingness to live with an eye-watering cash burn rate that has often required the carmaker to tap equity markets for money. And the stock has gone basically nowhere but up, soaring almost 21-fold from its initial public offering in 2010. Tesla trades at 4.4 times sales, compared with less than 1 for a traditional automaker like Volvo AB.

While Tesla managed to reach its much-telegraphed — and repeatedly moved — goalpost of making 5,000 Model 3 cars per week in the second quarter, doubts persist that such a pace is sustainable. People wonder if the company was prioritizing short-term targets over its longer-term vision (a concern that Musk seemed to share when he announced his go-private plan). And then there’s the fact that the competition is beginning to show up in a more meaningful way in the electric-vehicle market. Jaguar, Audi, Porsche and Mercedes are all expected to come out with electric cars, starting as early as next year.

Short-sellers love to bet against the stock. According to financial analytics firm S3 Partners, nearly 27 percent of Tesla’s freely trade-able shares have been sold short. Neuberger Berman Group’s Steve Eisman voiced some of the skepticism in a Bloomberg Television interview last month: “He’s nowhere in autonomous driving, as far as I can tell, and big competition is coming in his space next year.”

“Normally three or four years into any car company’s platform, sales start decelerating,” says Cowen analyst Jeffrey Osborne. “When I see a Model S or X, I might go that, yes, it is a fancy car. But I have been seeing them for three or four years and there haven’t been any changes to make me excited about that particular vehicle.”

One Response to Elon Unhinged? Is Tesla Going to the Moon or Going to Zero?