This year’s Monterey Auction Week experienced the single biggest decline in year-over-year auction totals since 2001 with a 34 percent fall, so naturally there is a lot to discuss. Words like “massacre” have been lobbed out there, but the big picture is likely more nuanced. Certain segments are indeed bloodied (ultra-expensive cars with anything less than perfect provenance), but others continue to grow (entry-level offerings).—Brian Rabold, Hagerty

Pebble Beach 2019 brought with it a series of mixed signals regarding the state of the collector car market. In one sense, there were some robust sales. A McLaren F1 LM Spec Car sold for nearly $20 million—the highest public auction price ever paid for this iconic vehicle. This sale says a lot about the changing preferences and evolving demographics of the collector car market. The James Bond Aston Martin brought a staggering $6.3 million and a1962 Ferrari 250 GT SWB sold for over $8 million. While these results were encouraging and positive, there were also some real duds and significant no sales. There was also awkward confusion at RM Auctions when the auctioneer’s accent caused a misunderstanding between $17 million and $70 million during bidding for the Porsche type 64 (video below). Post-auction “Make an Offer” emails flooded subscriber inboxes from the major auction houses. One email solicitation listed over 33 cars that were still available for sale—the list included rare Alfa Romeos, Porsches, Ferraris, and various racecars. It appears that the collector car market is starting to exhibit similar fatigue, uncertainty, and volatility as the equity and bond markets. Interest rates and economic cycles ultimately determine the value of all asset classes, and the collector car world is not immune to macro market realities.

Monterey Car Week 2019 saw auction results drop by well over $100 million. On pretty much every metric, a significant slowdown appears to be unfolding. Average sale prices and sell-throughs rates were down—in some cases, substantially. But there are many factors behind the numbers when you read between the lines.  One could argue that the menu of auction vehicles this year might not have been as robust as prior years. Car quality may not have been as high as in past years either—right at a time where the market seems willing to only pay up for cars with proven provenance and pedigree. This “flight to quality” is occurring in the broader financial markets as well, and it appears the collector car market is no different. Either way, there is no question that the collector car market is softening. It will be fascinating to observe any follow-through at Scottsdale in January.

The broader economic world we are living in today is perplexing if not downright bizarre. We are living in a monetary policy Twilight Zone. Global interest rates are at the lowest levels since the Ming Dynasty and corporate profits are near an all-time high. Measured unemployment is at a post-war low, and the stock market is near an all-time high. It is in this environment that two weeks ago, the Chairman of the Federal Reserve cut interest rates. Think about these set of facts—we appear to have very positive economic indicators pointing north and the Fed cuts rates? Other global central banks have followed suit and have also cut rates. Central banks have been unable to create inflation, and they are now pushing on a rope. Quantitative easing and low-interest rates have run their course and are no longer effective stimulus to the economy. Despite all the efforts of central bankers, the world is losing its economic momentum. Now what? Gold and bonds have been rallying—these two assets have historically only risen together in periods of panic. We now have over $15 trillion of debt that is trading with negative yields! There is a bank in Denmark that is now offering a negative mortgage—a perverse outcome of negative interest rates. When I earned my MBA at New York University, nobody taught me about negative interest rates. The key takeaways: The macroeconomic environment is tricky and very uncertain and is impacting collector car auction results.

This year, we only attended events Monday and Friday of Car Week. Business meetings in San Francisco occupied Tuesday, Wednesday, and Thursday and a horse show in Vancouver conflicted with Saturday and Sunday. I participated in the Car Hub Summit meeting on Monday. On Friday, I was a panelist on the Sports Car Market Insider’s Seminar (along with Miles Collier, Carl Bomstead, and Donald Osborne). Friday afternoon I strolled around the Quail before heading off to British Columbia.

Some brief observations from attending only two days Car Week 2019:

ABOUT THE CAR HUB:

“The Car Hub” is the working title for a new, pioneering, global, not-for-profit initiative designed to safeguard the future for “meaningful cars”. It aims to be a trusted, neutral source for connection, education, help, and support for all stakeholders in the meaningful-car community. Meaningful cars are the cars enthusiasts care about, whether made yesterday or a hundred years ago. The steering committee of the “Car Hub” concept includes industry luminaries such as McKeel Hagerty, Paul Russell, Gundula Tutt, Miles Collier, David Gooding, and Rob Kauffman—I am also honored and humbled to serve on the steering committee of this unique and important project. The Car Hub is designed to coordinate, not duplicate, other efforts in the space. It serves a public purpose and is not intended to compete with commercial ventures. It is global in community and outlook, and it seeks to serve as a grassroots information hub and conduit with a focus on information, knowledge, and expertise. The goal of the Car Hub project is to serve as a platform to preserve, sustain, and care for the traditions, legacy, and future of the meaningful car community.

Held on August 12th at the Bernardus Lodge Hotel, the summit meeting featured a broad and diverse cross-section of thought-leaders and enthusiasts from the meaningful-car community. Several excellent ideas were shared, documented, and contemplated. Work on the Car Hub is ongoing, and you can join the action here. 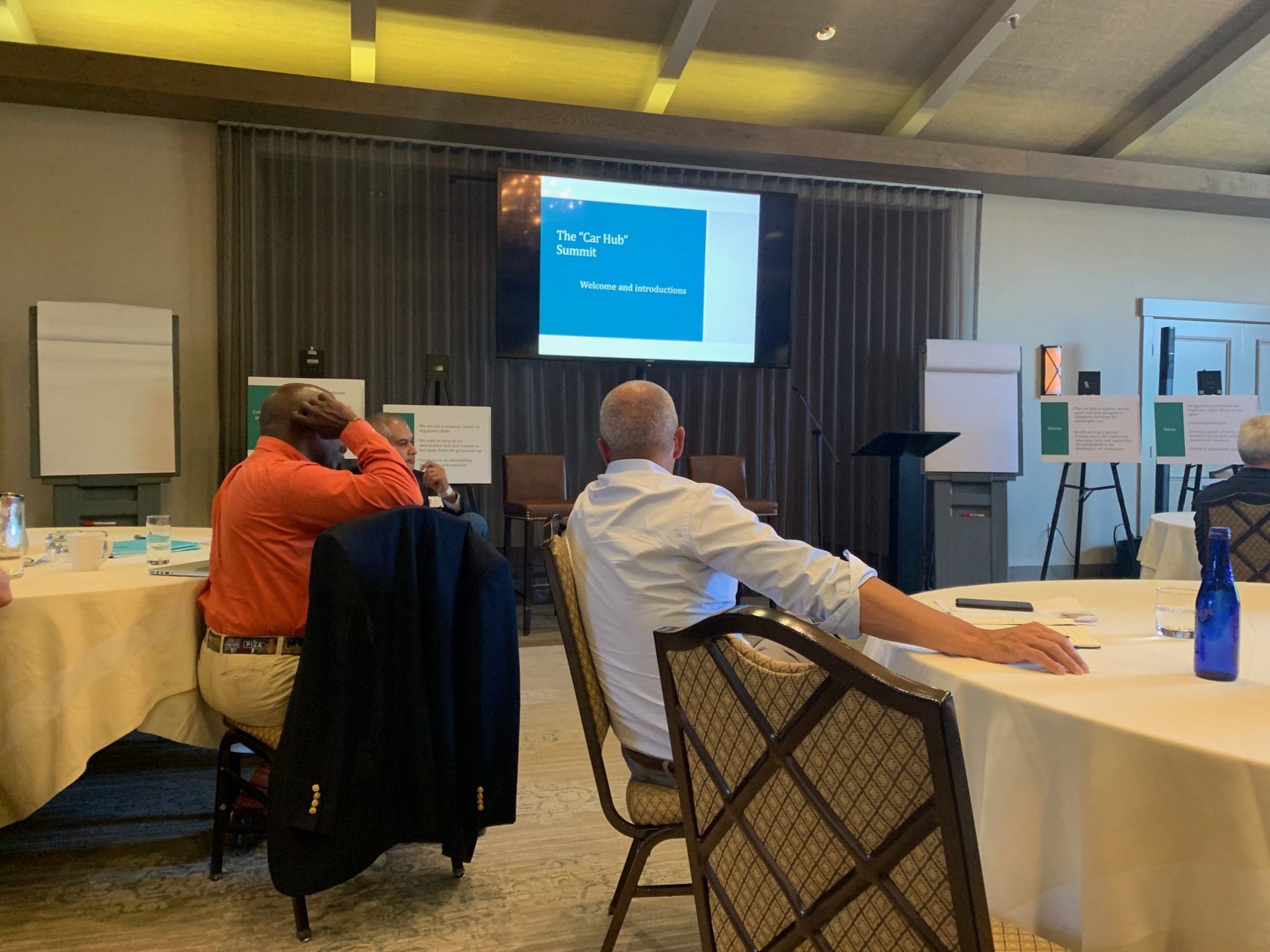 The Car Hub Summit was a huge success and generated many actionable ideas. 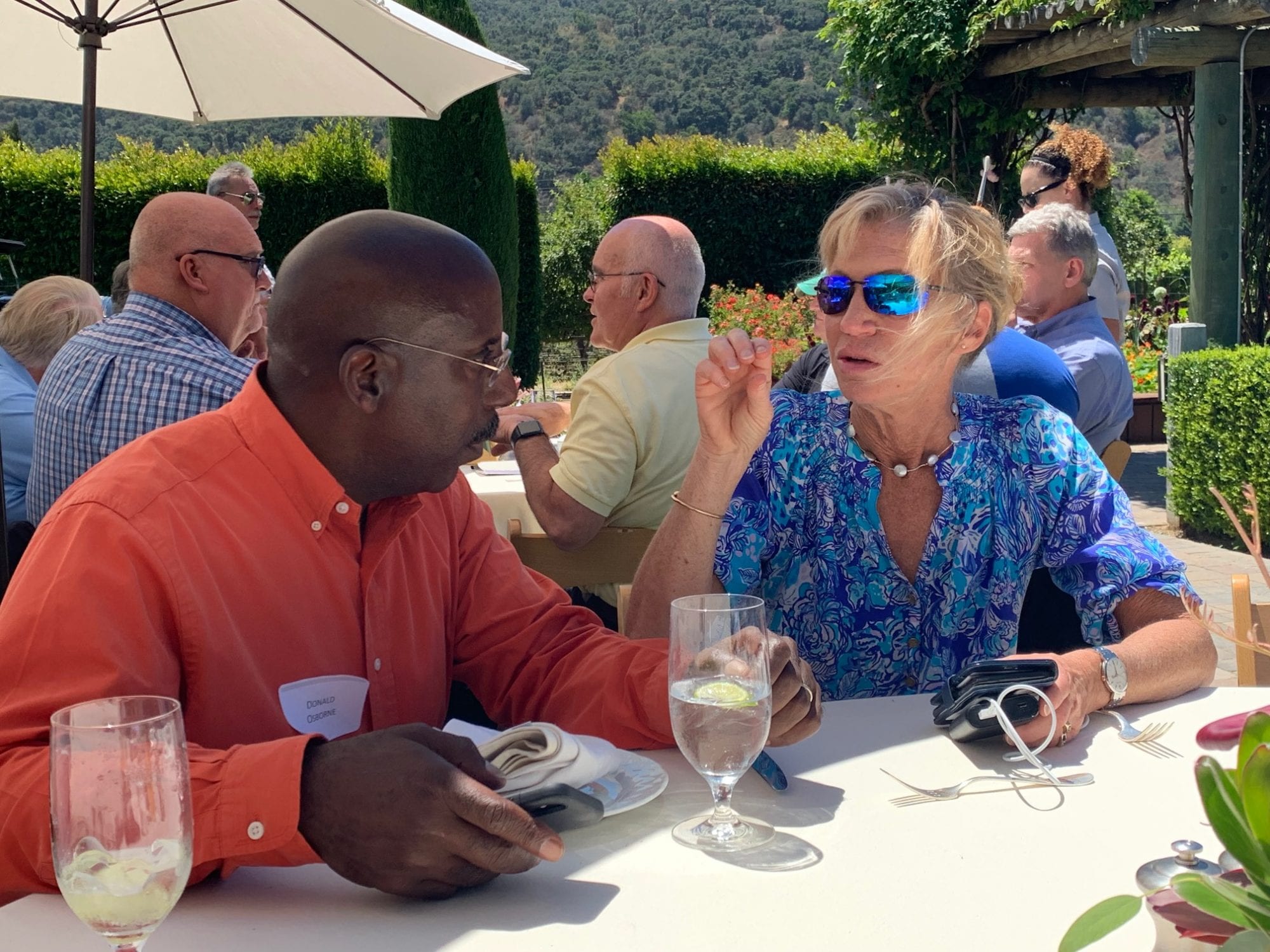 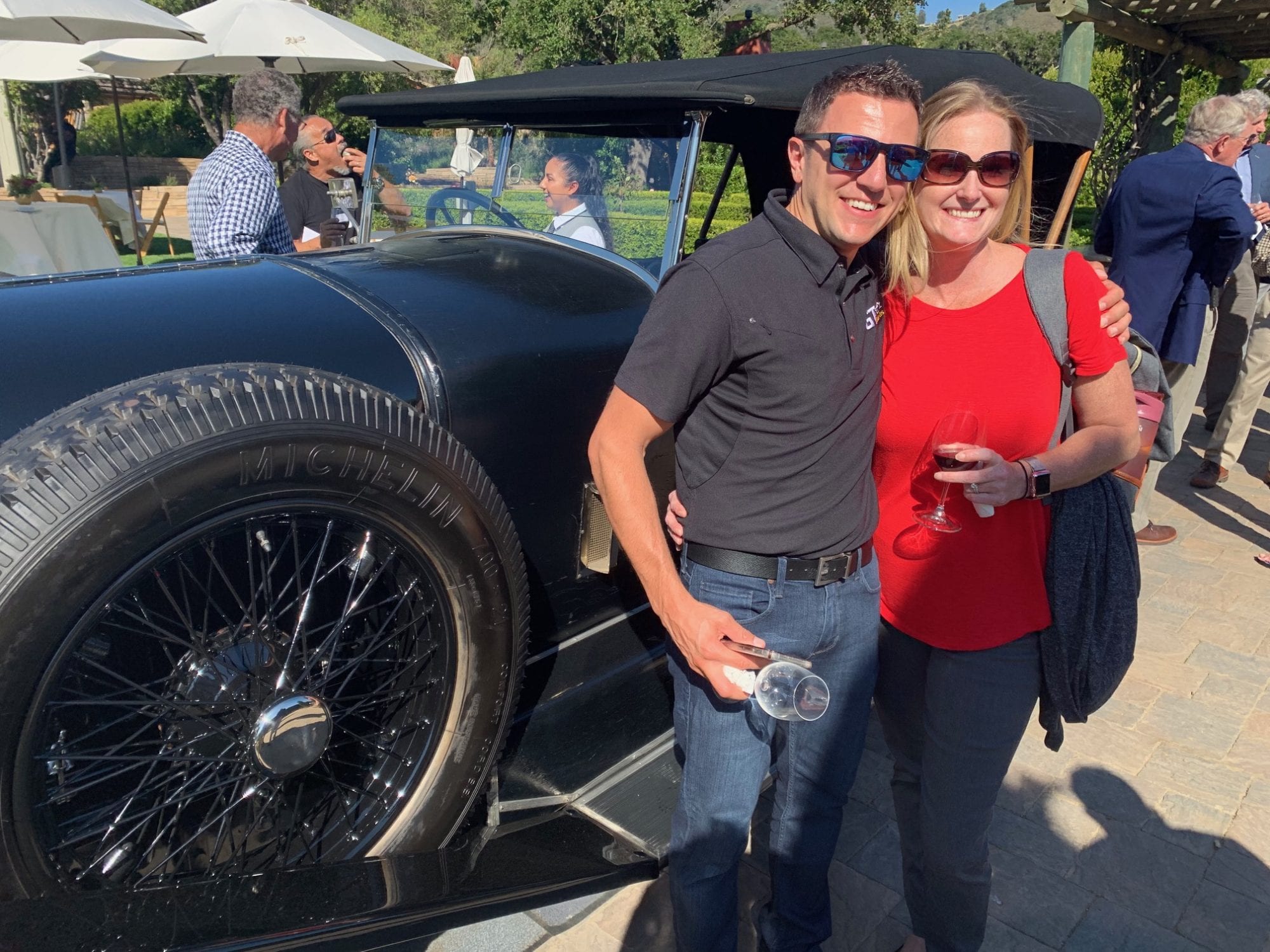 It was an honor to sit on the SCM Insider’s panel at Gooding on Friday. On the stage with me were Miles Collier and Carl Bomstead—the panel was moderated by Donald Osborne. Each of the panelists had to select three cars spanning the 50s/60s and 70s/80s and 90s to today and describe and defend their picks. I chose the 1969 Alfa Romeo GTV, the 1987 Buick Grand National, and the 1990 Corvette ZR-1. Panelists also had to select an intellectual and emotional pick from the 2019 Monterey auction lists. For this section, I chose the 1938 Tatra 177A Limousine and the 1941 Mercedes-Benz 540K Cabriolet A. These choices earned me the highly coveted “Master of Monterey” award. 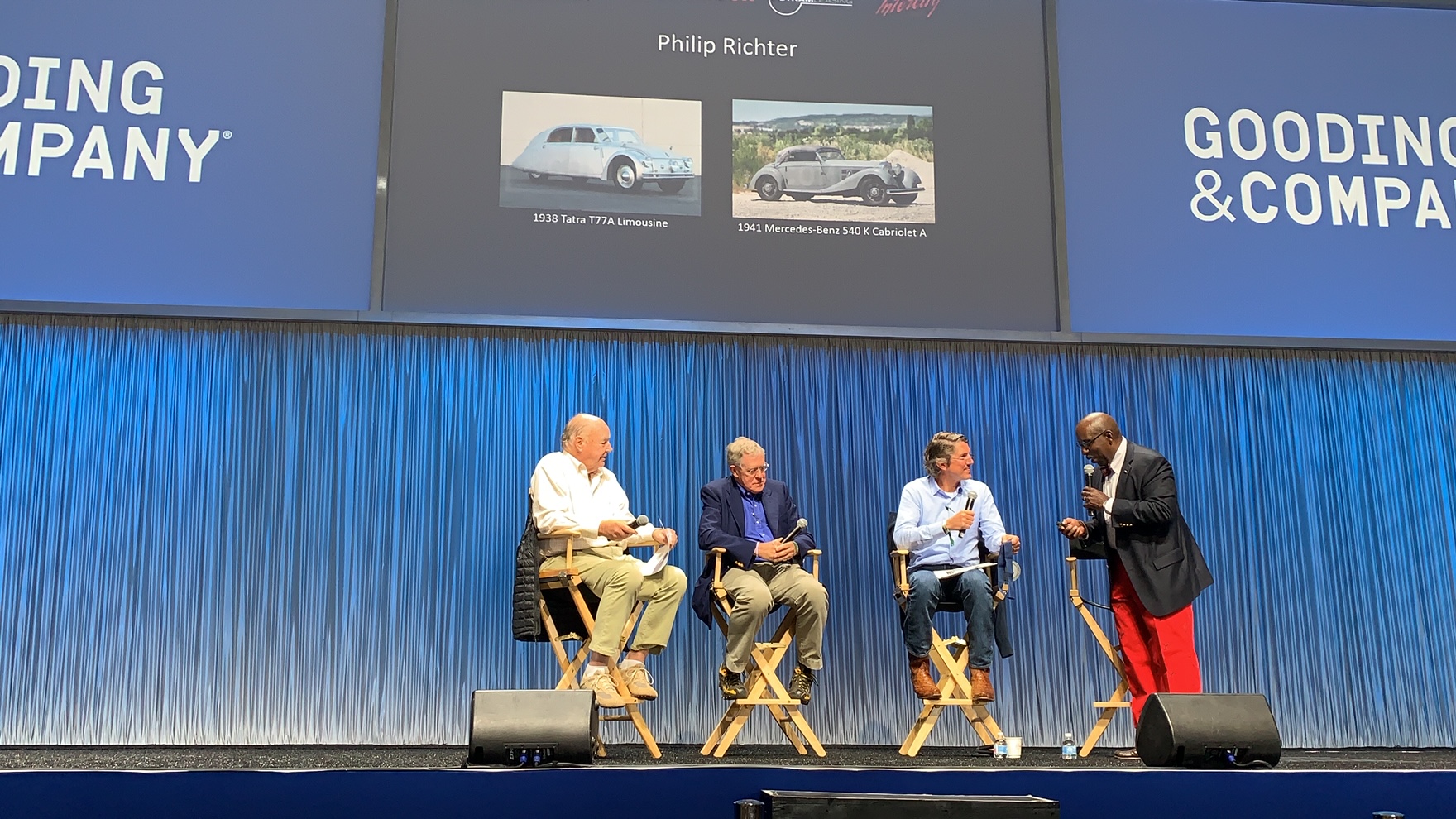 The 2019 Insider’s Seminar at Gooding & Company 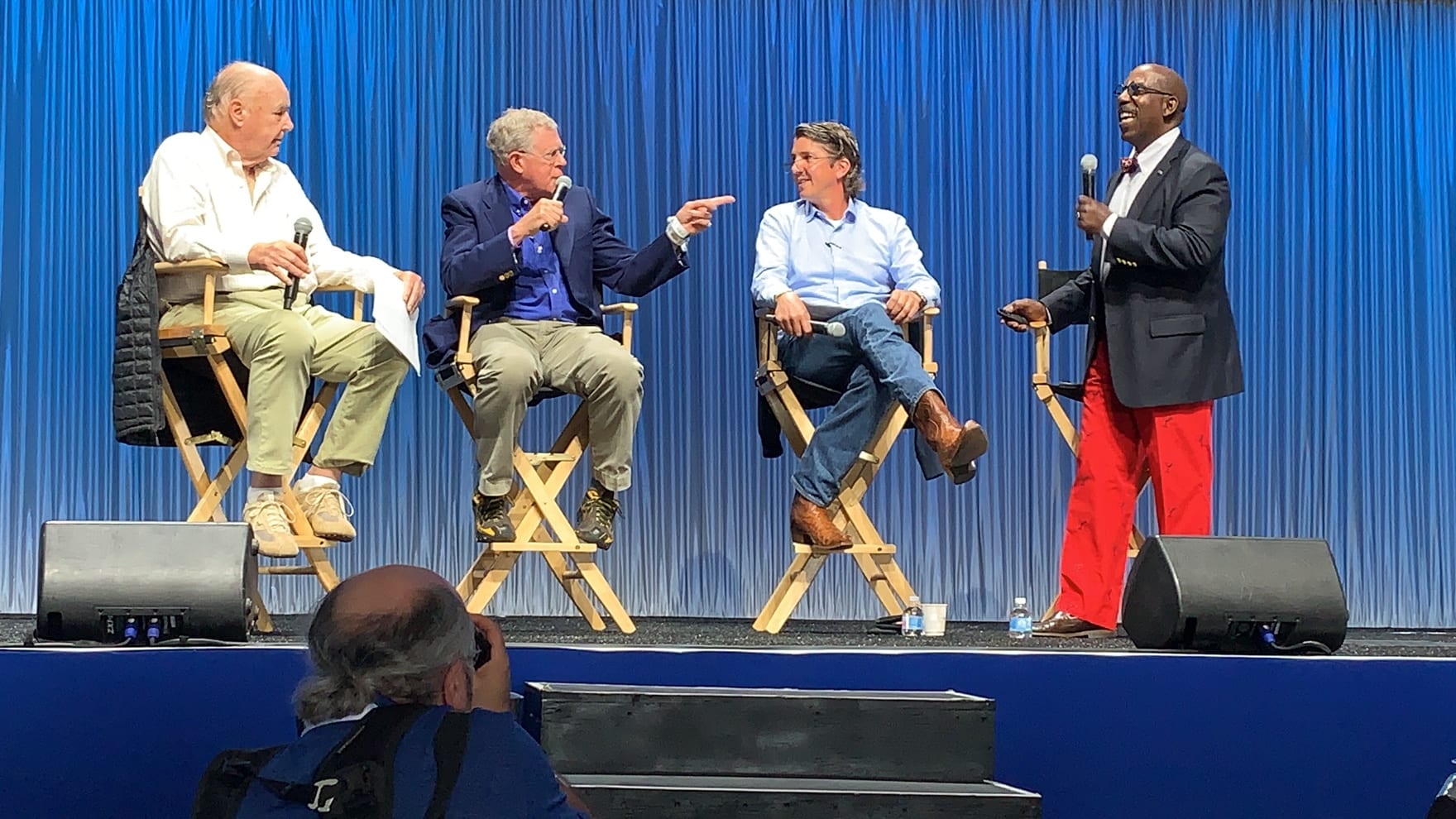 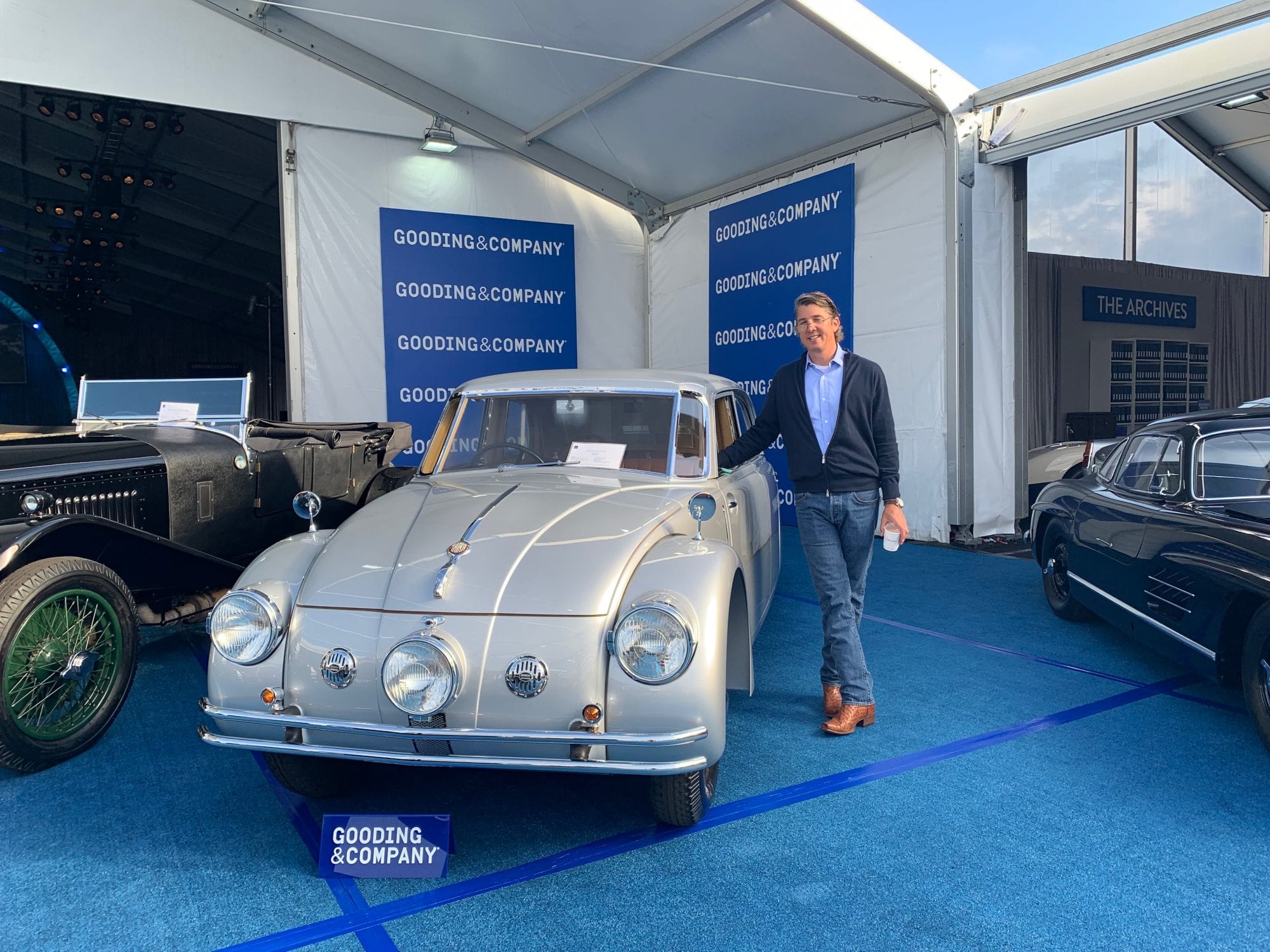 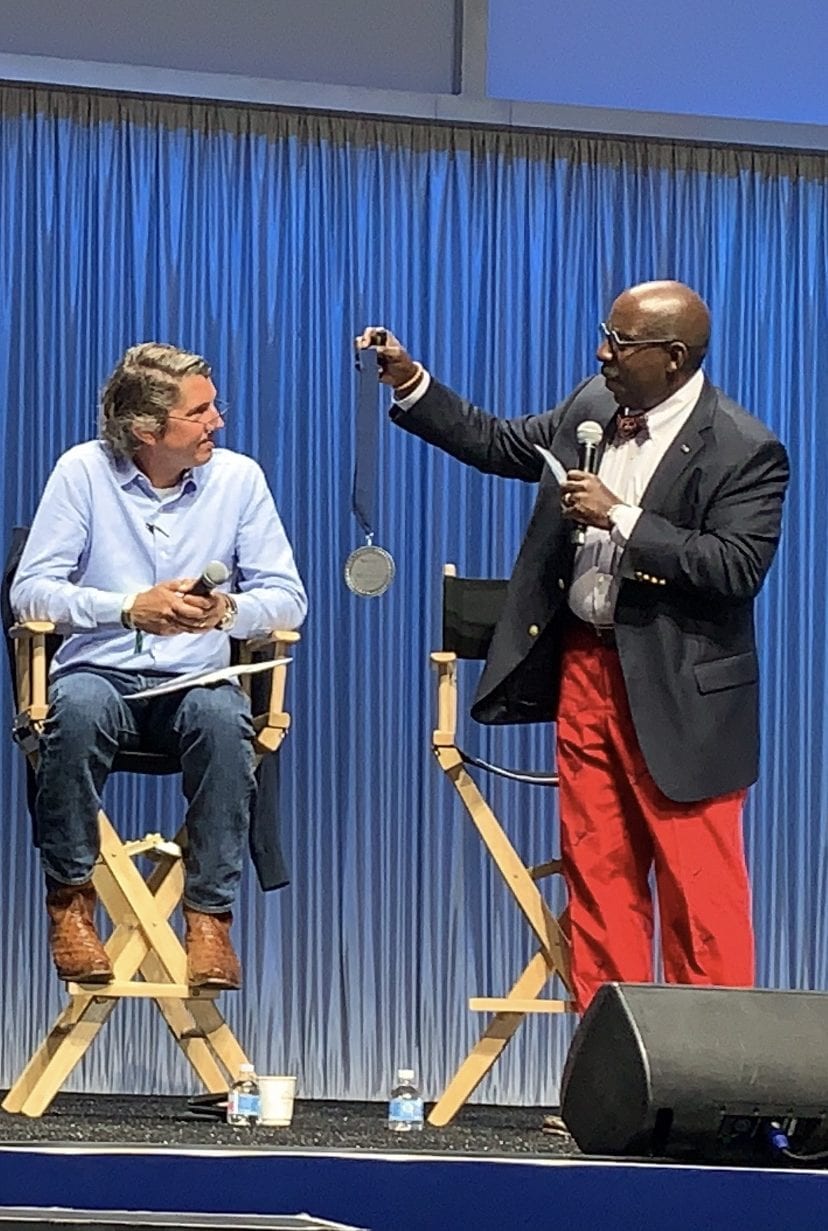 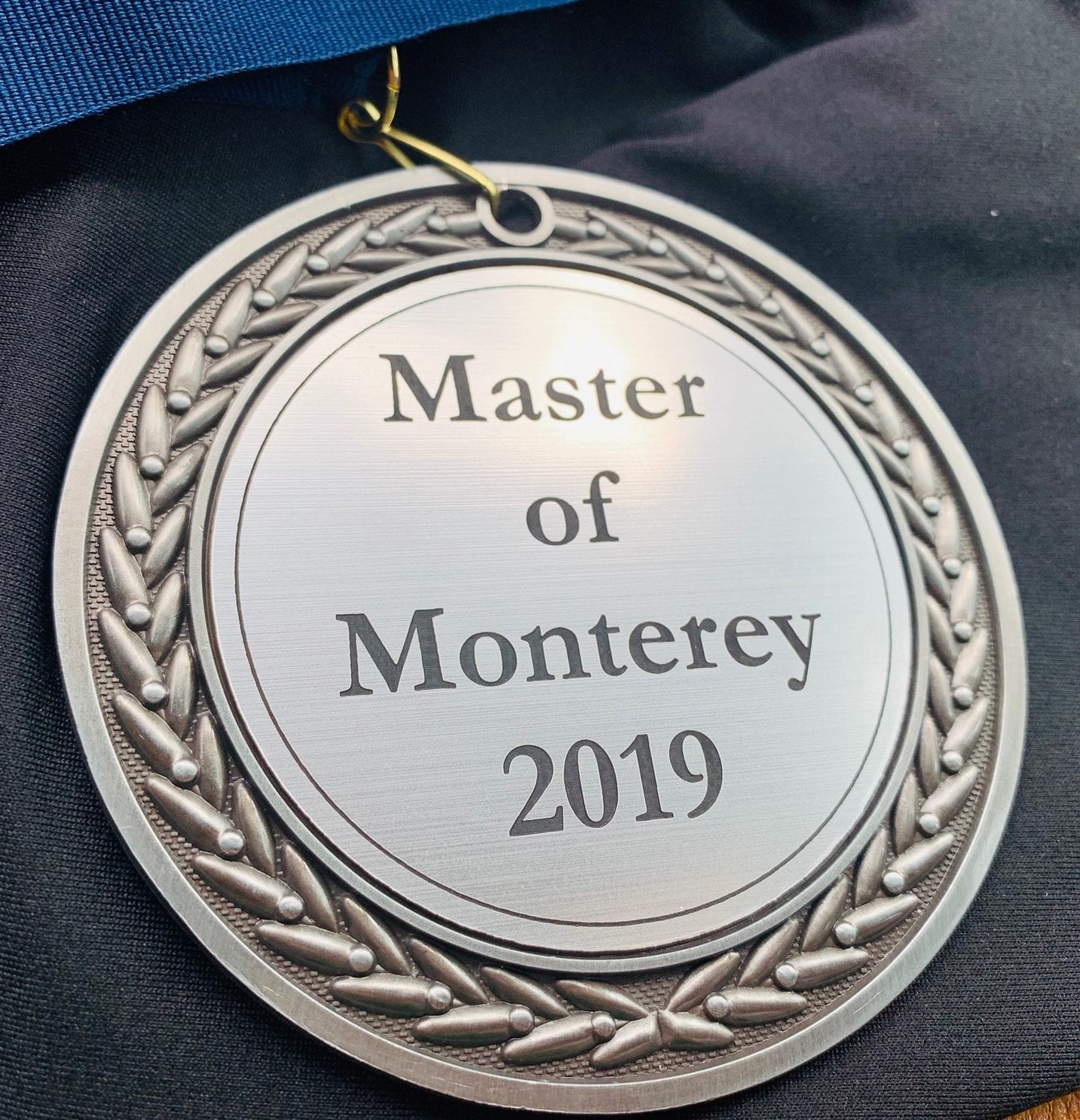 The highly coveted Master of Monterey Award—a highlight of my life! 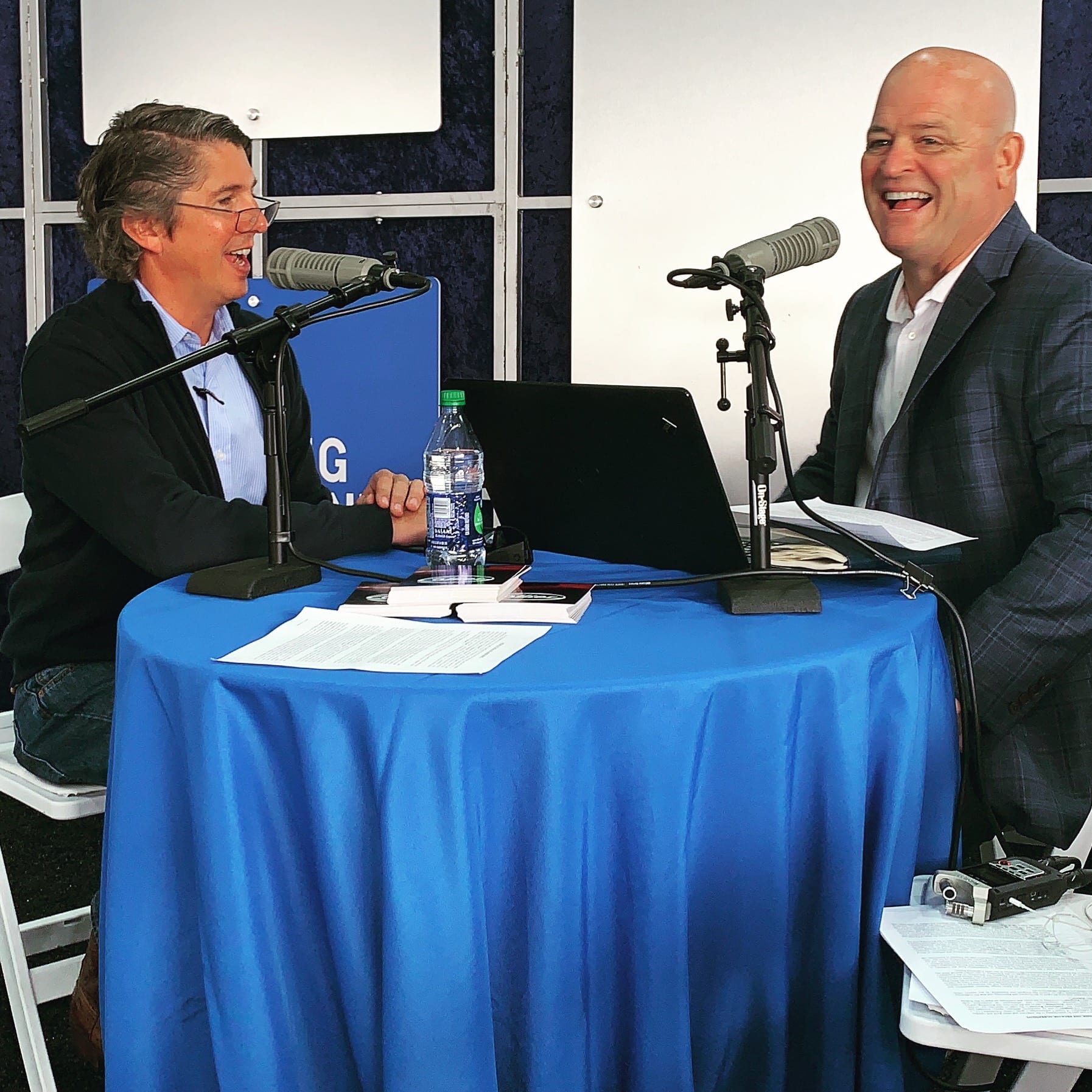 Video of the auction confusion at RM Sothebys:

SCENES FROM THE QUAIL: 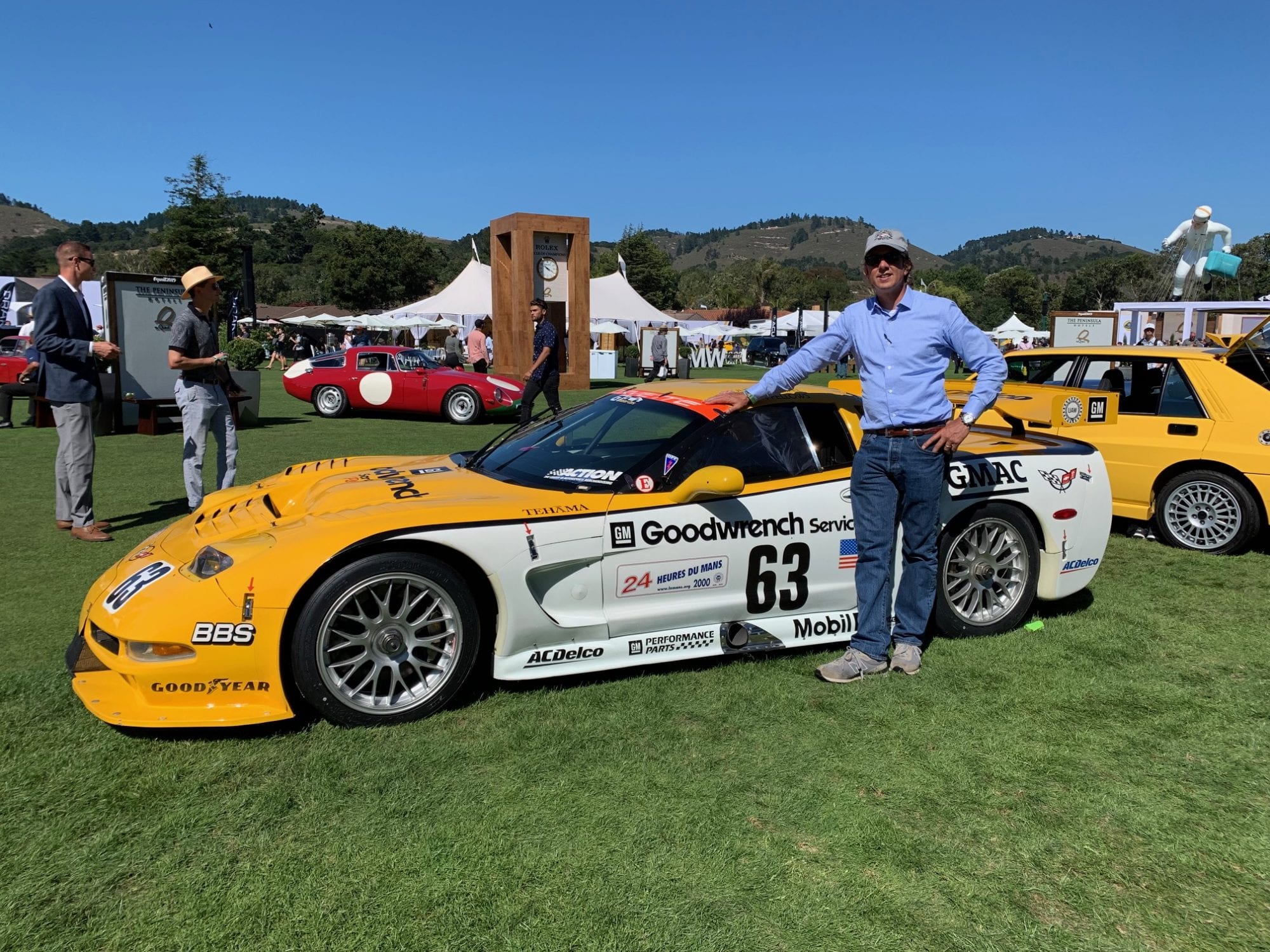 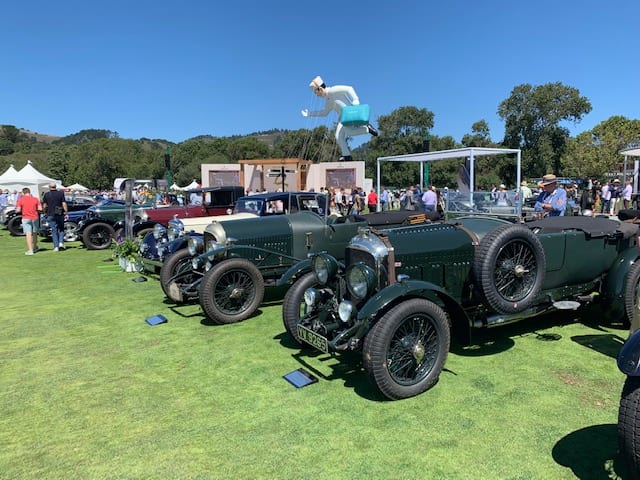 The selection of vintage Bentley’s was staggering 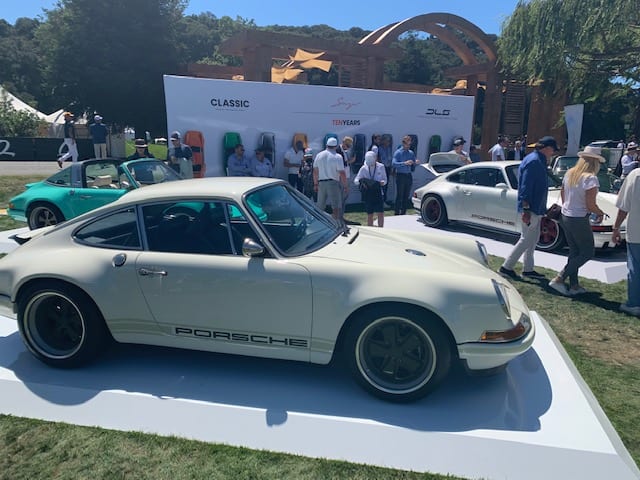 Singer was a popular display 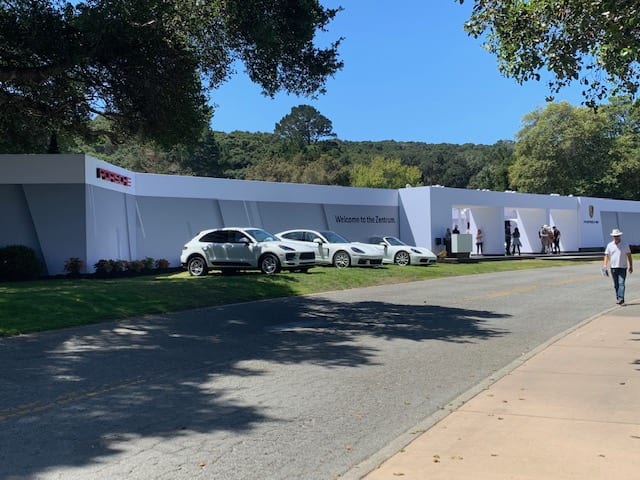 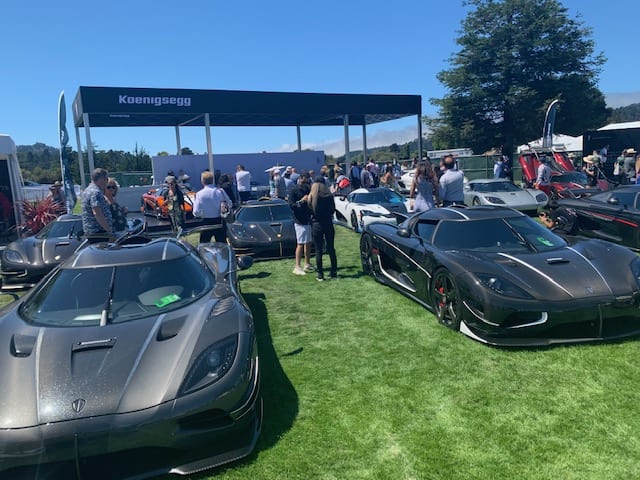 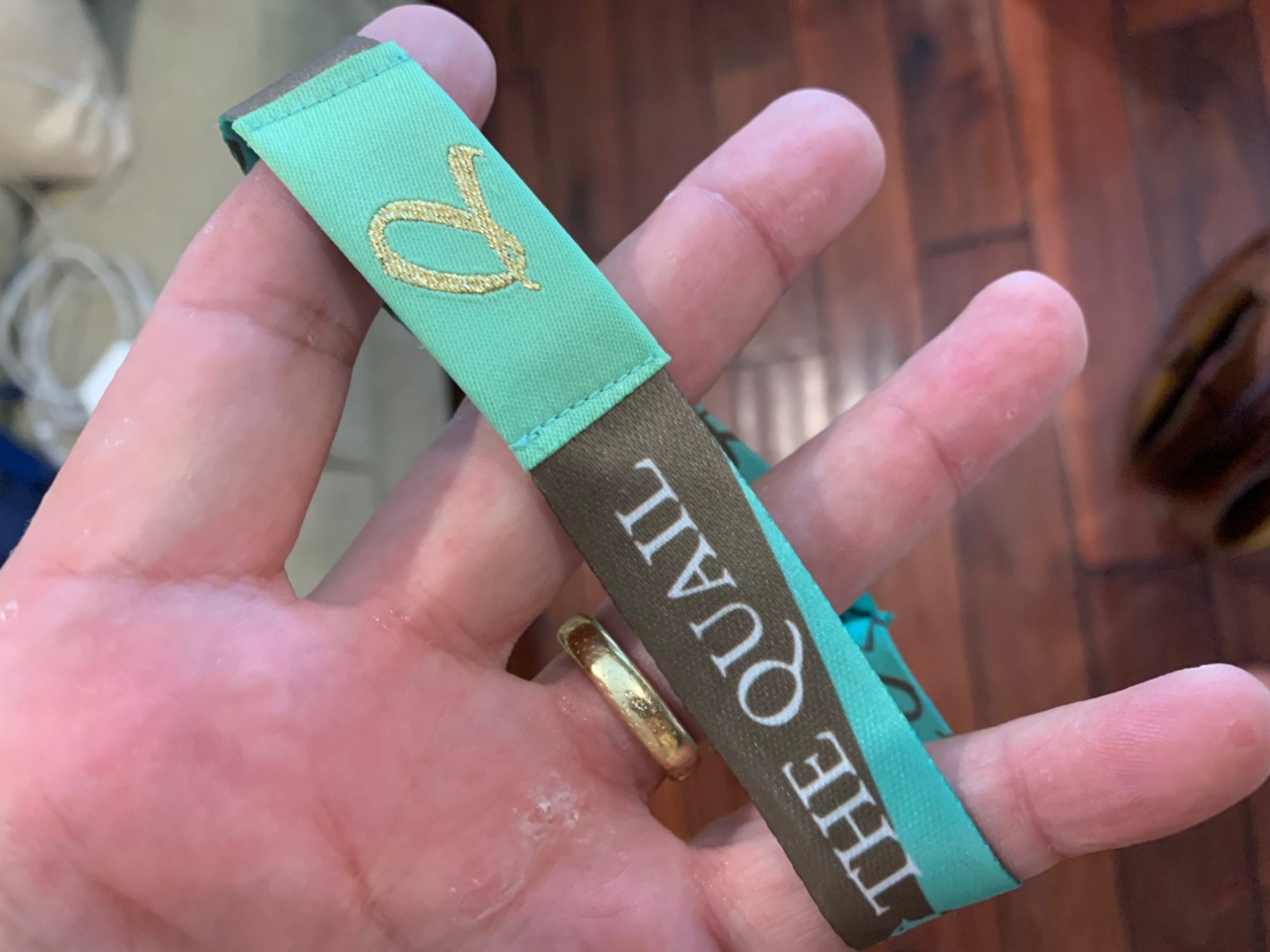 The highly coveted armband that gives one access to eye candy and plenty of gourmet food. 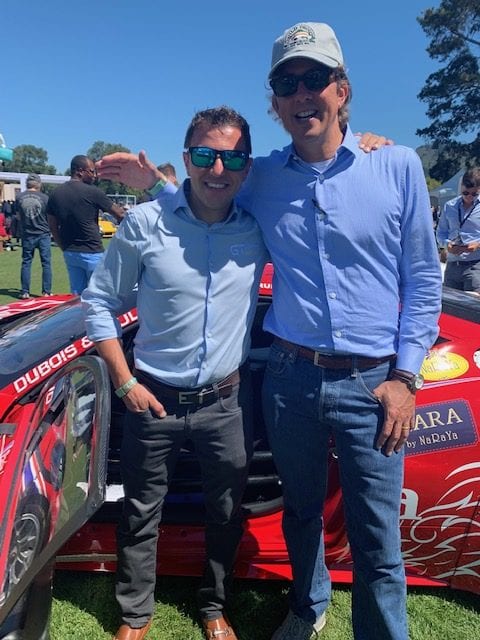 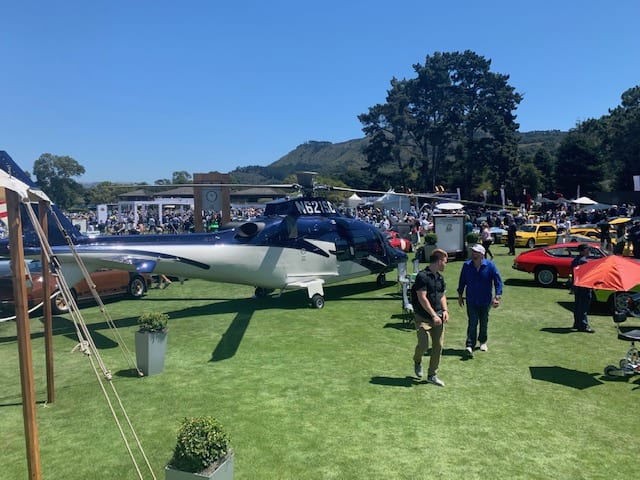 There was even a helicopter at the Quail…. 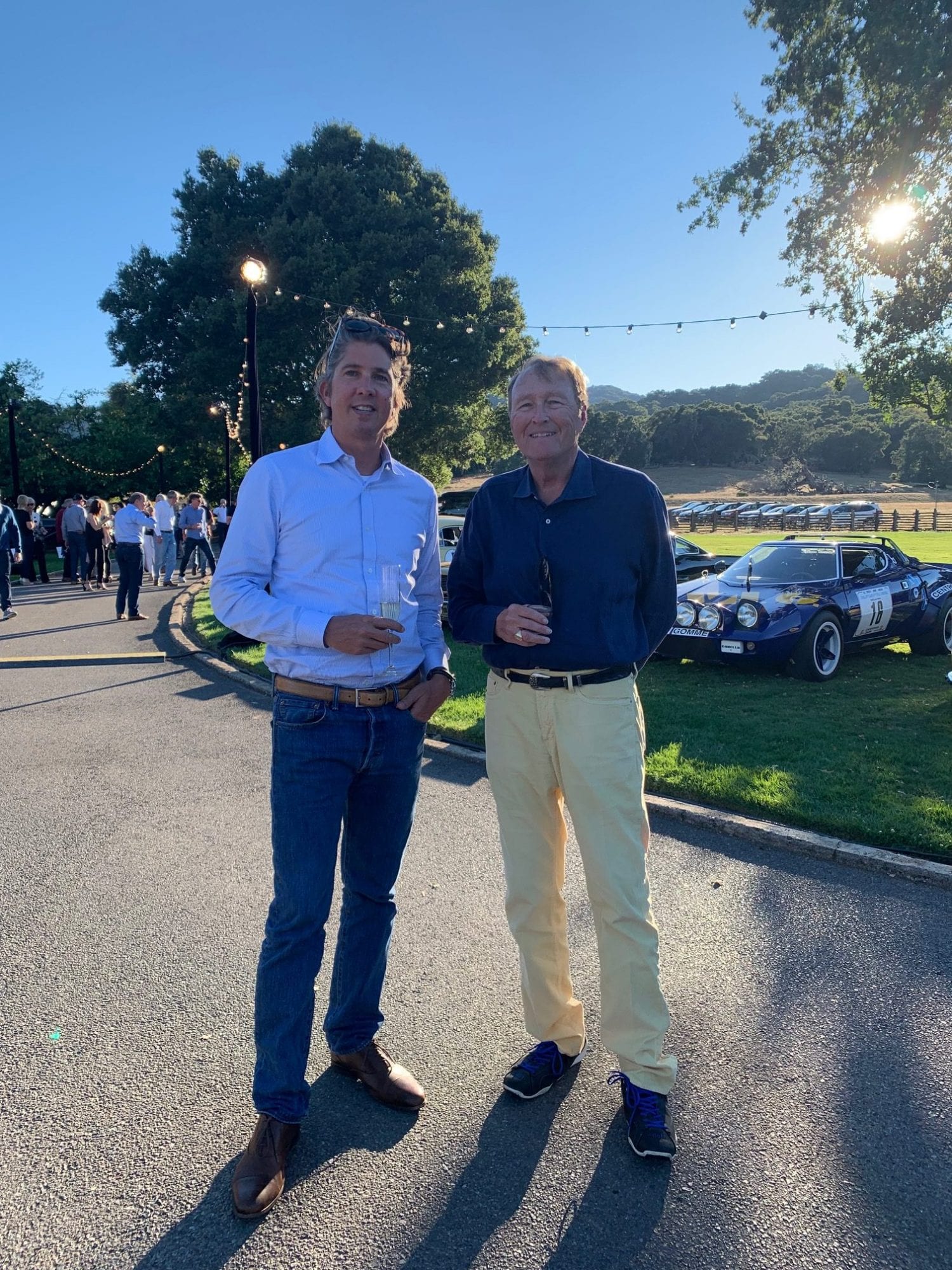 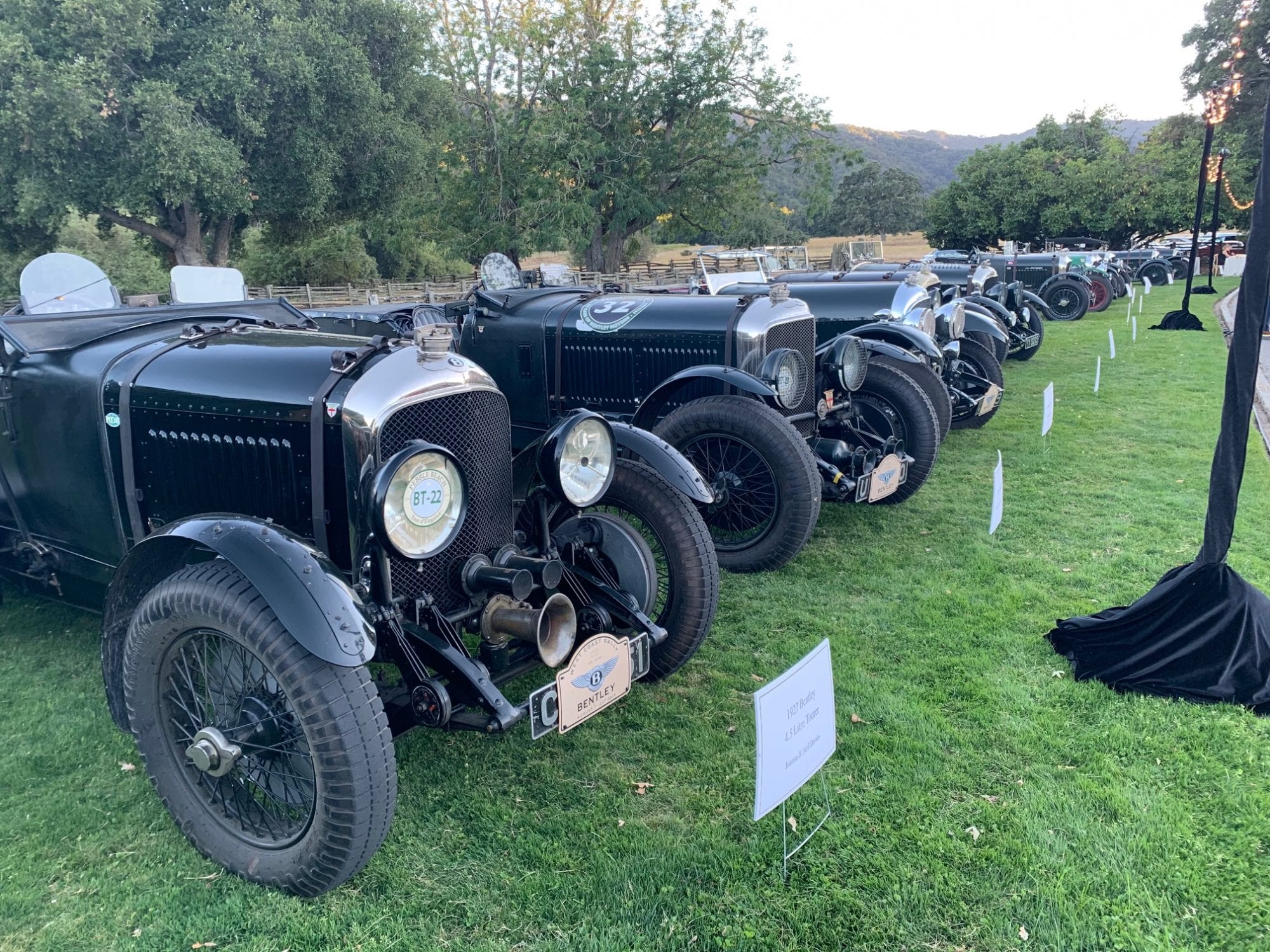 THE HORSE SHOW IN VANCOUVER:

While the cars were rolling onto the show field at Pebble, Pistoya ended up Champion of the 1.40 Meter division at the four star Thunderbird horse show in Vancouver British Columbia:

Pistoya jumping a clear round in the Sunday 1.40 Grand Prix 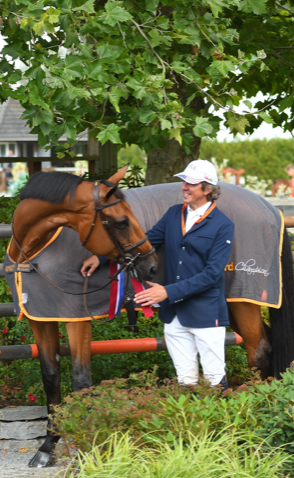 A champion girl from France 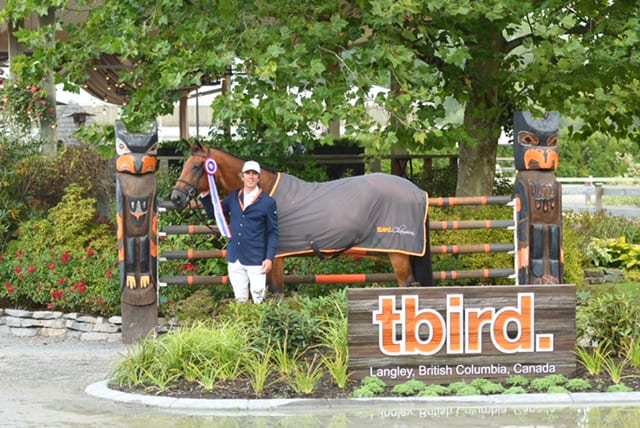 Philip Richter is President and co-founder of New-York-City-based Hollow Brook Wealth Management, LLC. The Turtle Garage Blog, he says, is dedicated to his "love of excessive personal transportation."
View all posts by Philip Richter →
1988 Mercedes-Benz R107 560SL: Well Bought/Well Sold
The BMW E46 M3 Is On The Rise: A Pure Driving Experience!