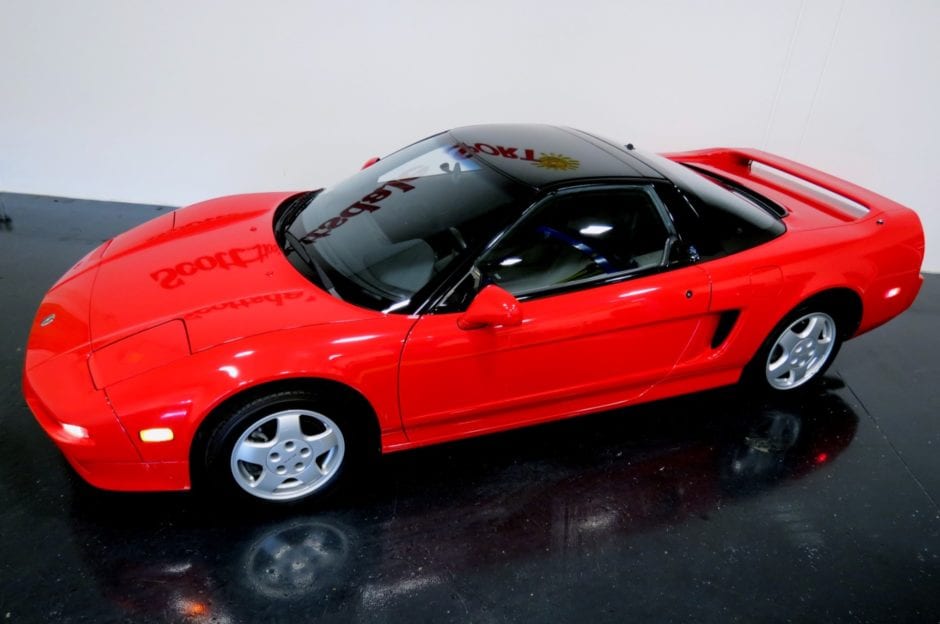 By Philip Richter on May 12, 2019 in Auction Spotlight

This 1991 Acura NSX is finished in Formula Red over black leather and was purchased new by its current owner from Val Strough Acura in Pleasanton, California on September 6, 1990. The car has remained in the San Francisco Bay Area since and now shows just over 1,700 miles. This early example was produced in July 1990 and has a VIN ending in 000355. Power comes from a 3.0-liter VTEC V6 paired with a 5-speed manual gearbox. This NSX is now offered on dealer consignment with the factory owner’s manual and cover, coffee table book, a clean Carfax report, and a clean California title.

The early generation Acura NSX is a rising star that is finally catching the bid it deserves. This example sold on BAT for a solid six-figures. This car represents a better value than the 178-mile NSX that also recently sold on BAT—but for $151,000. While ultra-low mile cars bring serious money, saving $50,000 for the extra 1,500 miles seems reasonable and prudent. Well bought!

Philip Richter is President and co-founder of New-York-City-based Hollow Brook Wealth Management, LLC. The Turtle Garage Blog, he says, is dedicated to his "love of excessive personal transportation."
View all posts by Philip Richter →
The War on Driving
Uber Needs a Lyft