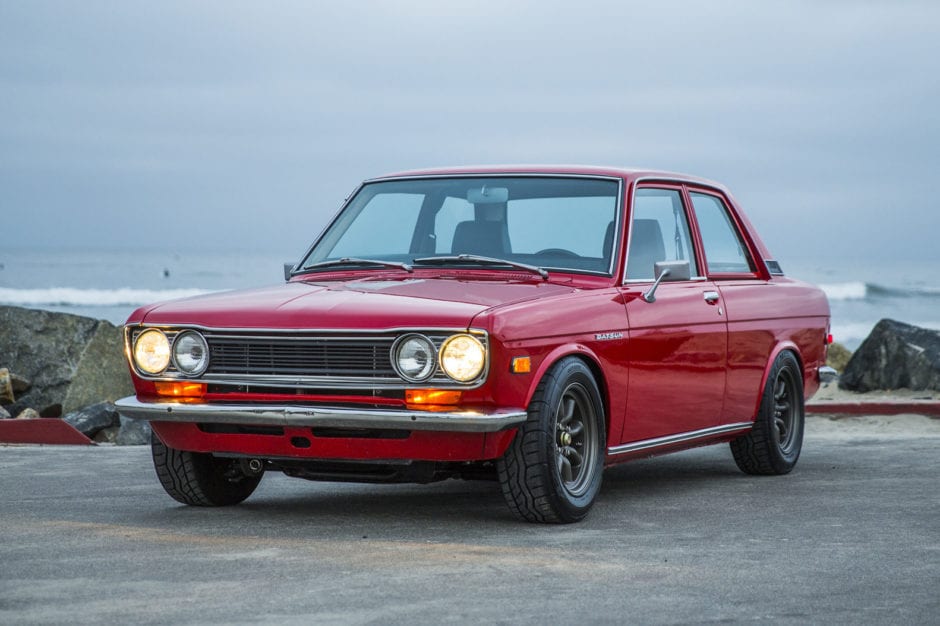 By Philip Richter on May 6, 2019 in Auction Spotlight

We have read all the threads and accolades on this car. However, at the end of the day, it’s just a modified $53,510 Datsun. This 510 did not even belong to Paul Newman! It is a simply a heavily modified two-door plain-Jane sedan that was sold new at Stigall Motors of Palo Alto, California and reportedly remained with its original owner until 2007. The car was acquired by the seller five years ago and has since been fitted with a Rebello Racing–built 2,360cc Z22 inline-four equipped with JE pistons, Mikuni carburetors, and an Ermish Racing header. A 5-speed manual gearbox from a Nissan 240SX was installed in place of the factory automatic, and modifications added by the seller include a stainless-steel exhaust, 3.90:1 limited-slip differential, 14” RS Watanabe wheels, a coil-over suspension, and more as outlined below. The seller has driven the car approximately 3k miles, a number of which were accumulated during the 2015 and 2016 runnings of the California Melee rally. This 510 is now offered with a spare 5-speed manual transmission, service records from new, and a clean California title in the seller’s name.

Enough said—this is an astounding (irrational ?) outcome. Somebody really wanted this car! Ludicrously and insanely well sold!!!! All the money and never to be seen again!

Philip Richter is President and co-founder of New-York-City-based Hollow Brook Wealth Management, LLC. The Turtle Garage Blog, he says, is dedicated to his "love of excessive personal transportation."
View all posts by Philip Richter →
Tesla: An Electrifying Month of News
The War on Driving